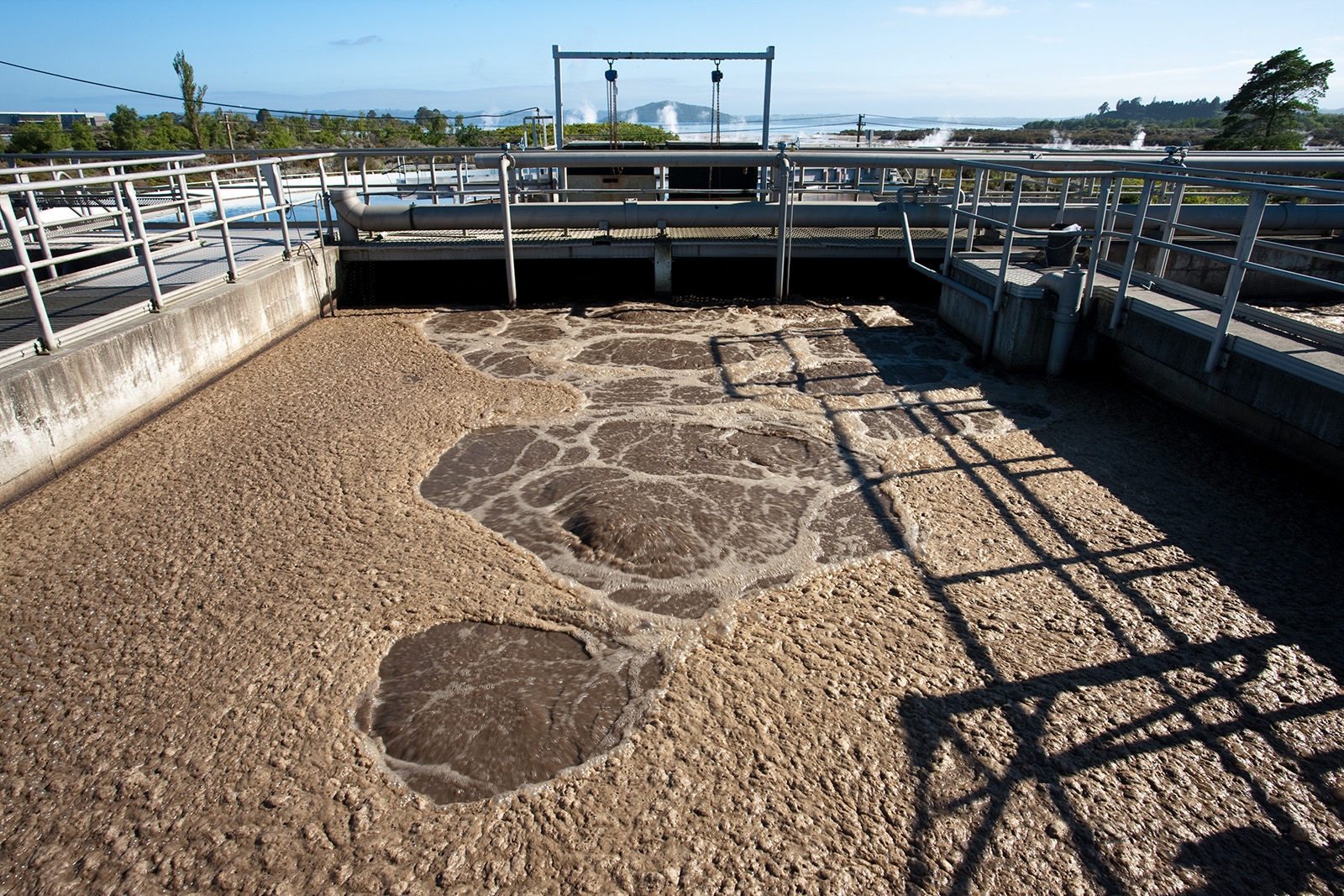 For those of you who weren’t aware, the process of dealing with human waste is a messy matter. Financially and environmentally. According to one of New Zealand’s Science and Technology Crown Research Institutes, Scion, the average Kiwi produces a whopping 160 kg of sewage biosolids per year. Yes, all the smelly, hazardous brown sludge left over once our poor municipal waste water treatment plants have separated our business into solids and water.

As a nation we produce over 253,000 dry tonnes of it annually. And the aftermath equates to more than 2.5 million tonnes of organic waste landfilled each year in New Zealand alone.

But all this dumping wreaks havoc on the environment. From toxic nutrients, leachates, pathogens and metals, a raft of hazardous bi-products are released into the soil and ground water when we bury our number twos. Not to mention significant levels of green house gases in the form of landfill methane that are emitted into the atmosphere. The humble sized city of Rotorua alone produces, on average, 10,800 MTCO2 equivalents per year. The equivalent of  985 homes’ energy use for one year. And this doesn’t even touch on all the auxiliary environmental impacts incurred processing human waste upstream at the waste water treatment facilities.

To add insult to injury, dealing with our crap isn’t cheap either. Landfill costs alone for disposing of our sludgy biosolids amount to more than to $2,200 per dry tonne. Even Rotorua has approximately 8,500 tonnes of bio solids it needs to dispose of annually which Scion says used to cost the Rotorua District Council (RDC) more than $1M annually when it went straight to landfill.  Even now  that the Council has switched to vermicomposting (the process of using worms and micro-organisms to turn organic waste into a nutrient-rich hummus) it still costs the city anywhere between $500,000 and $1m each year. Extrapolate these figures to a national level and that’s millions of dollars literally being flushed down the toilet. Dollars that we as ratepayers are footing the bill for. Unsurprisingly, diverting organic wastes away from landfills has become a worldwide challenge and a major focus in NZ.

But turning smelly human excrement into a profitable and environmentally friendly solution is hardly an attractive business proposition. And definitely not for the faint hearted.  Unsurprisingly, willing participants have been few and far between, globally.  However, Rotorua-based Scion has managed to do exactly this with its ground breaking, proprietary waste treatment technology, Terax™, a commercial spin off emerging out of the organisation’s six year old Waste-2-Gold research programme. In 2008 Scion joined forces with the Rotorua District Council to fund and pilot Terax’s technology at its municipal Wastewater Treatment Plant to prove that, yes, there is money to be saved, and made when you’re willing to deal with crap. And lots of it. 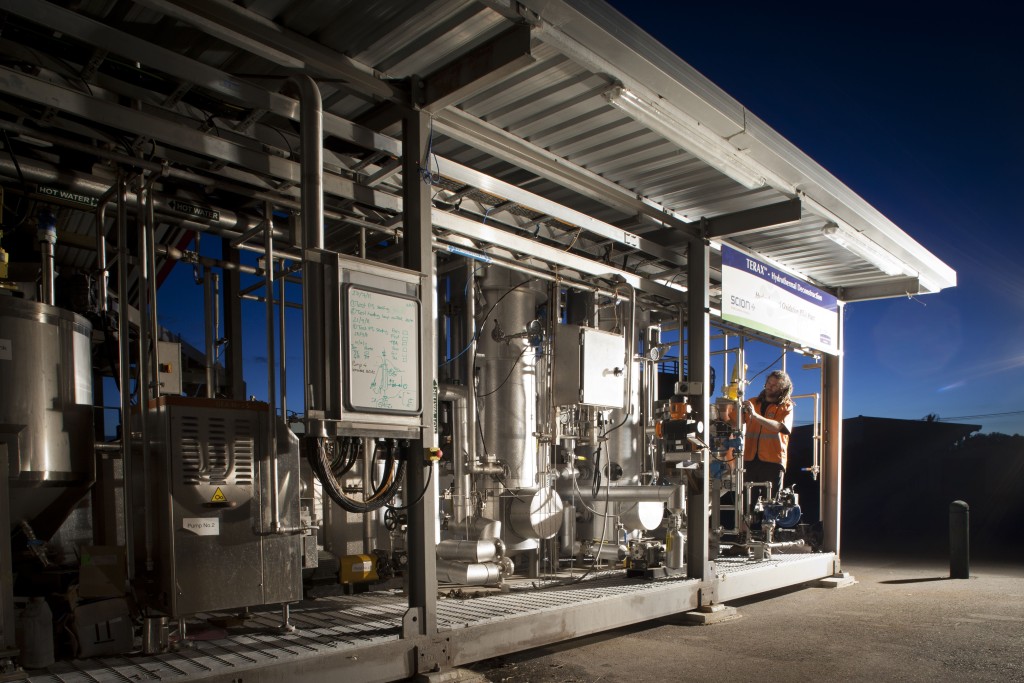 A world first, Terax is a hydrothermal deconstruction technology that shifts the focus from treatment and disposal to environmentally friendly and profitable resource recovery. The process essentially breaks down the physical structure of municipal, organic waste, such as sewage sludge and waste, and transforms it into valuable, commercially viable bi-products, while reducing copious amounts of smelly waste. In short, the technology is an environmental and financial win-win. Both for the end consumers who save money by using the technology and for Terax who can on-sell the freshly made bi-products on the market.

Without getting too much into the scientific nitty gritty, the born and bred NZ Terax technology involves a two stage process: anaerobic fermentation and hydrothermal oxidation. Stage one treats waste with bacterial cultures in an anaerobic fermentation plant which dramatically reduces the volume of solids by a whopping 40% as well as commensurately reducing costs to landfill. All remaining residual waste then enters stage two – resource recovery. Robert Lei, Terax Business Development Manager, says this stage completes the breakdown to the 90-95% solids reduction. Here, biological nutrients are removed from the waste solids in a process involving high pressure, temperature and oxygen, and transformed into valuable industrial products including acetic acid, ammonia, carbon dioxide, water, and residual inorganic compounds in the ash. These each have a range of industrial and agricultural applications across a number of sectors including nitrogen and phosphate fertilisers, feedstocks for industrial process and electricity and transport fuels.  All of which have the ability to command valuable income generation.

Sounds too good to be true?  It’s not. The results from Rotorua’s pilot plant, together with technical, economic and sustainability assessments of the Terax technology platform are compelling. Lei says the technology has the potential to result in a 96% reduction in landfill volume, 76% reduction in greenhouse gas emissions, 40% reduction in eutrophication (a phenomenon in aquatic systems caused by excessive nutrient loads) and 90% reduction in photochemical ozone creation. “Not only this, but the Terax technology also detoxifies the sludge waste stream, kills pathogens and produces essentially sterile output streams”. In short, an environmentalist’s dream.  So much so Terax has made it into the finals of the 2015 New Zealand Innovators Awards for the Innovation in Agribusiness and Environment category.

While the Terax ™ technology has so far only been trialled by RDC’s Wastewater Treatment Facilities, from a financial perspective Lei says that initial lifecycle analysis indicates that the Council will save upwards of $1.4 million per year in landfill and associated environmental costs when the technology reaches full scale mode.  “A saving of 20% over the life of the project” says Lei. And this doesn’t include the Council’s ability to develop new revenue streams through sales of industrial chemicals, energy and fertilisers from the final end products. Scale this up to larger sized cities and industries and the financial and environment paybacks for potential Terax customers are significant.

Lei is also clear to emphasise that it’s not just human waste the technology is useful for.  Terax also has huge application for industries such as pulp and paper, dairy, horticulture, and meat processing. Essentially, any industry that produces vast quantities of organic waste and has exorbitant landfill costs. Accordingly, there is huge potential for Scion’s Terax technology, not only to bolster NZ’s local economy, but also to carve a significant export market as industries and municipal authorities scramble globally to benefit from this value-added technology.

So while the old saying goes, you can’t polish a turd, Terax is proof that with innovation and technology, sometimes you really can.  While it is still early days Terax’s world-first technology is carving a formidable path in the waste industry that enhances its customers’ bottomline and enables rate payers’ money to be put to better use all the while enhancing New Zealand’s environmental reputation on the international stage.  A pretty good deal, from top to bottom.