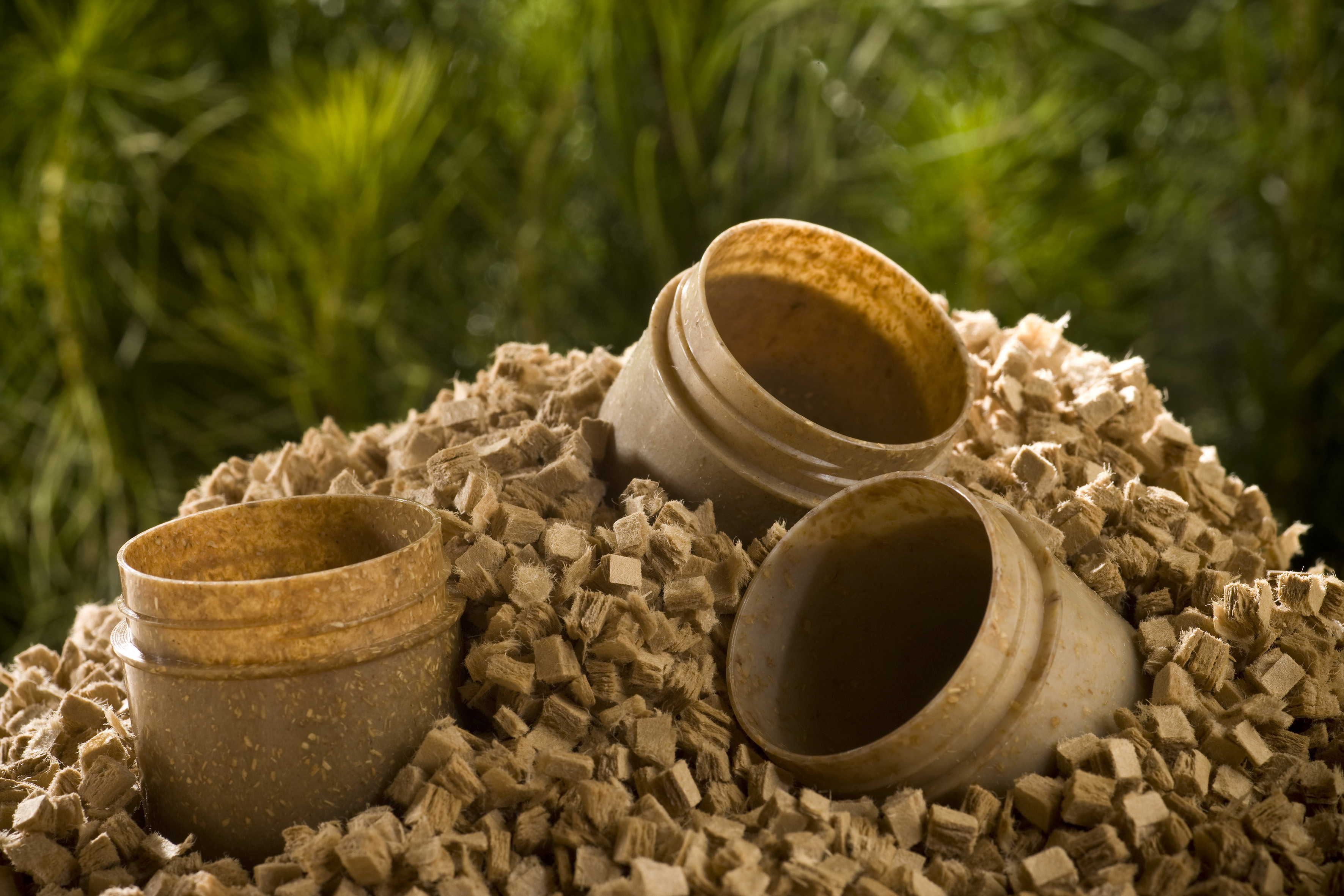 From the forest to the freeway. It’s not a bad tagline to describe the latest innovation to come out of Scion, the Rotorua-headquartered Crown Research Institute that specialises in science for the forestry and bioproducts sectors. Branded as “Woodforce” by its overseas licensee, the new technology uses existing MDF facilities to produce a pelletised “dice” that can be used in the creation of wood-fibre reinforced plastics. If you’re still wondering how the freeway reference applies, the primary initial market is the automotive industry, which is increasingly using plastics to produce lighter, more fuel efficient vehicles. So this is a “green” story in more ways than one.

The original idea for the woodfibre dice came from Scion Business Development Manager Jeremy Warnes, who has spent years working with MDF producers. Scion had been investigating the potential for wood fibres to add strength to plastics, a potentially fruitful avenue given both the recent growth in the use of fibre-reinforced plastics, and the shortcomings of incumbent technologies. Glass-reinforced polypropylenes in particular have taken off in the last few years, primarily among auto makers for the production of lightweight but strong bumpers, brackets and many other parts.

But while glass is great, wood potentially offers even greater weight savings at less cost. The challenge, however, is that wood fibres are both difficult to handle and to transport to plastic operations _ Jeremy notes that wood dust is listed as a carcinogen. There is also a fire risk associated with manufacturing dusty wood fibre products.

How to overcome these problems, in particular the handling issue? Jeremy was struck by the possibility of using existing MDF facilities. Perhaps a new technology might be developed that would bind wood fibres together prior to going into plastics processing equipment – namely, pelletised woodfibre “dice”. 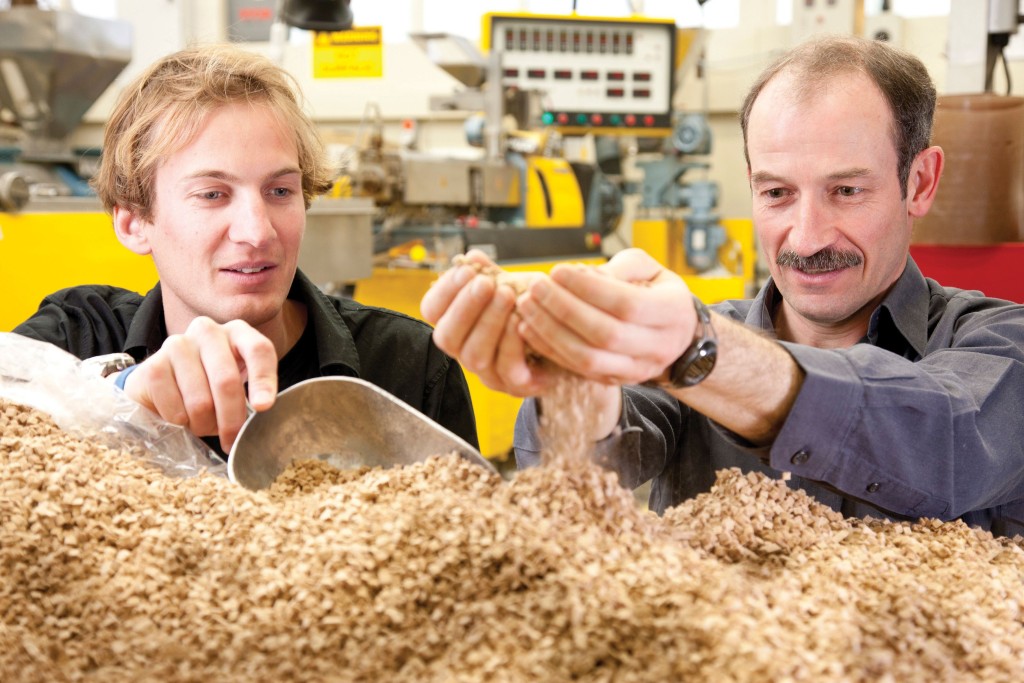 “With this sort of technology there’s potentially a big capital expenditure, and a risk involved in getting into the market,” says Jeremy. “We could see that MDF fibres were the cheapest form of wood fibre. As well, the other great thing about an MDF plant is that it has a blowline where you add adhesive to stick fibres together.”

“The strategy we developed was to add in a particular polymer formulation that could do a couple of things. Firstly, it could give a surface on the fibre to help with compatibility. Secondly, it could bind the fibres together, but also release them while under heat in the plastics processing equipment.”

Several years of research and development followed, before two aspects of the innovation were patented. “Our intellectual property is around the use of the MDF process and in the polymers that we use to bind the fibres together,” says Jeremy.

So much for the science, what about the market opportunity? Capitalising on a personal connection he’d developed in France, Jeremy made contact with Sonae Industria, a multinational engineered wood product manufacturer headquartered in Portugal, which eventually signed a deal for the license rights for North America and Europe. That company is now busily promoting “Woodforce” dice to the market as the most commercially viable process to realise the potential of wood fibre, touting its performance and sustainability advantages over both glass fibre and agricultural fibres in reinforced plastics for car makers.

What are those advantages? As mentioned, wood fibre reinforced plastics tend to be even lighter than glass-reinforced equivalents.

“The two big things that the auto sector is chasing is weight reduction and cost reduction,” says Jeremy, who adds that the weight saving involved for an individual car part is in the order of seven to eight per cent. “And anything that saves five per cent or more is something that the automotive industry will take a look at.”

There’s an obvious sustainability win here: lighter cars burn less fuel, reducing CO2 emissions. (Note that for every ten per cent reduction in car weight you get five to seven per cent reduction in fuel usage.) But the green credentials of wood fibres go further than that. Compared with other biobased products such as hemp and flax, the process Scion is pioneering uses existing forestry leftovers, and that raw material is available all year round rather than being seasonal. As well, forestry land doesn’t compete with food crops, which can be an issue with other biobased products.

Another sustainability advantage is that MDF factories are commonplace around the globe. “In terms of the wider global business model, we’d like to envisage that there would be a lot of regional production, so hopefully it wouldn’t involve too much transportation.”

Perhaps most important, however, are the superior recyclability and end-of-life benefits. In Europe, legislation imposes strict requirements of car manufacturers on both those counts, according to Jeremy. Unlike glass-reinforced products, plastic reinforced with wood fibre is able to be recycled many times with minimal loss of strength. “When you reprocess it the fibres don’t seem to be excessively damaged. With glass, however, you get a rapid drop-off in properties.”

When it comes to end-of-life options, too, wood comes out ahead. “Glass fibre polypropylenes can’t be easily burned. It melts and blocks up furnaces, whereas with wood you can get full energy value recovery easily.”

Finally, natural fibres generally are easier on tooling equipment, meaning less wear and tear on machinery. “With glass you have shorter lifespans for equipment, so more resources are required. There is also literature that indicates that natural fibres have better acoustic dampening properties within a car than glass fibres. That’s something we’re doing work on right now to try to quantify that benefit.”

In short, the sustainability benefits are significant. “A Life Cycle Analysis (LCA) has been done on our product in Europe, and my understanding is that it is generally very favourable.” 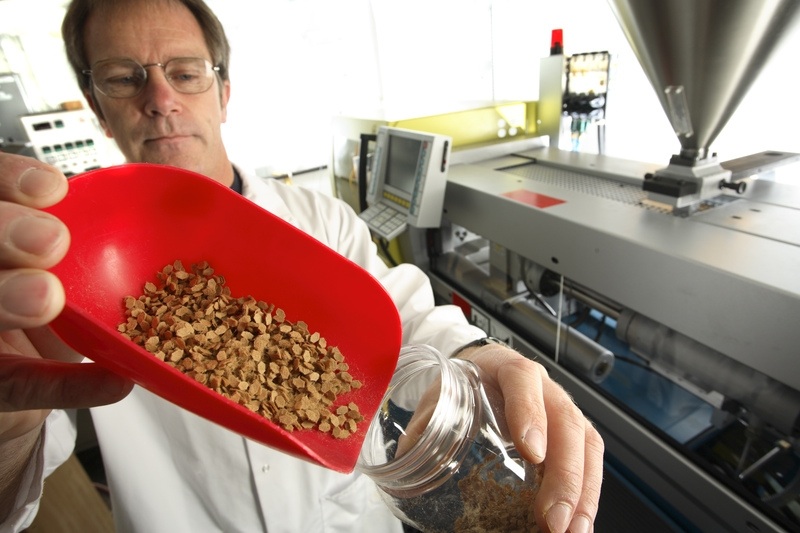 It’s a highly promising innovation, as recognised by the New Zealand Innovation Council when they shortlisted Scion’s woodfibre dice for this year’s NZ Innovators Awards, to be announced in late October. But what are its commercial prospects? The automotive industry has a reputation for caution when it comes to approving new materials, yet it does seem committed to exploring high performance plastics in search of lighter cars. In Europe, several car manufacturers have trialed Woodforce reinforced plastics, with a couple undertaking extensive testing. Meanwhile, two global plastic compound suppliers have set themselves up to commercially supply plastics materials based on Woodforce.

As Jeremy notes, “green technologies don’t need to be more costly or difficult to utilize than existing products. Woodfibre reinforced plastics is a good example of a technology being able to simultaneously achieve technical, business and environmental benefits.”

Where does all this leave Scion, the inventors of the technology, and New Zealand as the home of that innovation? The CRI is, of course, benefitting from licensing fees and royalties, and its international reputation for commercially viable innovation has been further enhanced. Long term, Jeremy believes woodfibre dice could become a high value wood export product, with Asia as the most likely destination.

It won’t be easy, he concedes. Most of New Zealand’s MDF plants are set up to manufacture for their Asia-based owners, so there isn’t a great drive to embrace new products. “It requires a mindset change, which can be tough,” he says. Nevertheless, Scion is already working with one MDF plant, and is developing contacts in Asia to push the opportunity.

“Commercialising new innovative technologies is often a roller coaster ride of success and failure,” he says. “But we’re optimistic that we are on the brink of real success.”