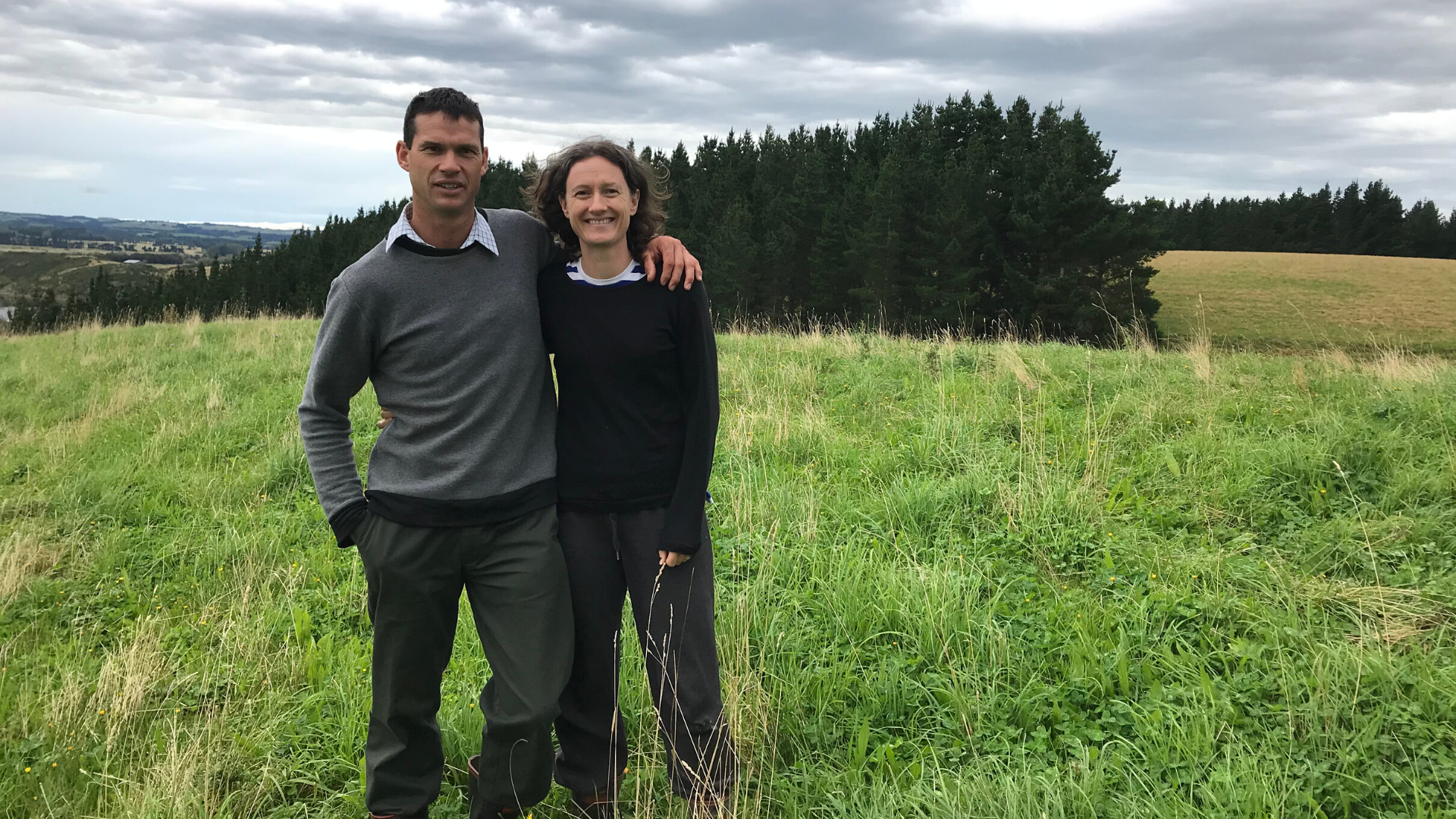 The Sweet Spot for Regenerative Management with Hamish Bielski

How regenerative methods turned around a tired old farm

When Hamish Bielski took a phone call from a “random caller” in 2014 who was looking to speak to the manager of the sheep station where he was working, he almost hung up. It was a busy time of year at Mt Lincoln Station, and Hamish was in the midst of weaning lambs.

But he stayed on the line, chatting with Neil Gardyne and it turned out to be what Hamish refers to as his “miracle phone call”, the first of three key interactions that would take him down the unexpected path of regenerative agriculture (regen ag). 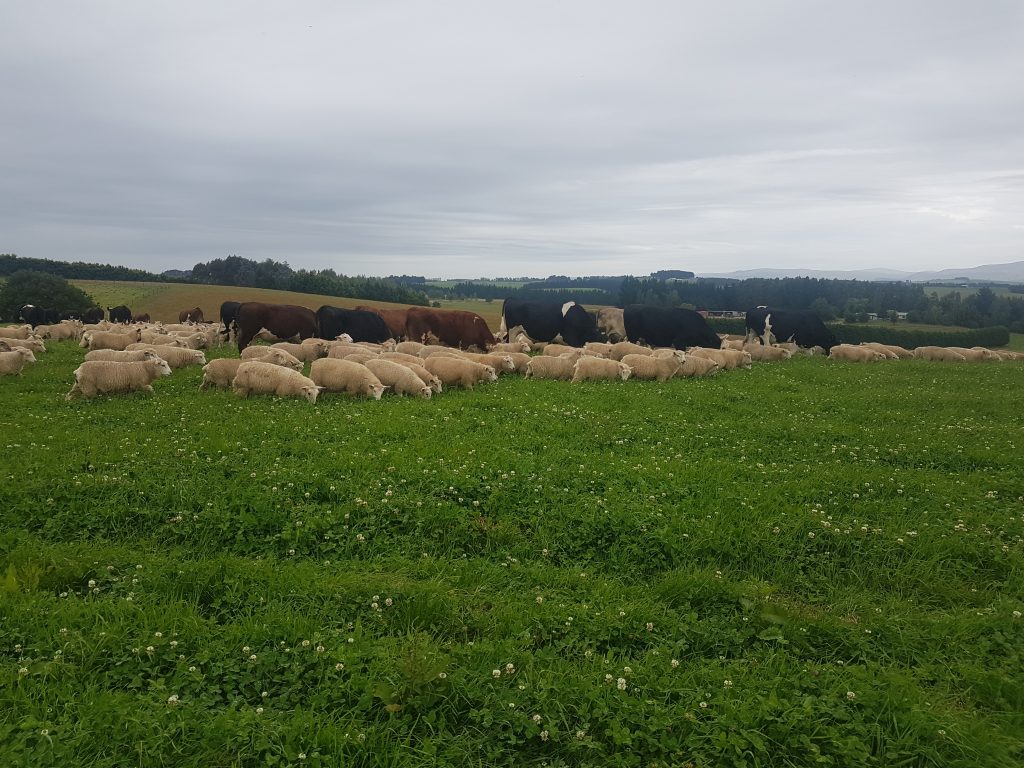 Neil was looking for a farmer and equity manager to partner with and take over a beautiful, yet run-down old farm south of Balclutha. Meanwhile, Hamish and his wife had been saving and investing for some years hoping to buy into a farm venture. The call prompted Hamish to quit his job as Sheep Genetics Manager at Mt Lincoln, and they went into partnership.

The old pastures on the Balclutha farm hadn’t been turned over in 40 years, so the team went to work with the strategy that was familiar; ploughing the land and applying the high rates of fertiliser that are widely regarded as industry best practice.

The second interaction that would pave a new path for Hamish was when Dr Christine Jones, a soil carbon expert from Australia, ran a seminar on how diversity of plants can create healthy soils profitably. Despite his skepticism, Hamish went along and spent most of the day challenging her views.

“She was a very patient woman, I don’t know how she didn’t get sick of me and my questions. But by the end of the day I conceded that maybe she had a point.” 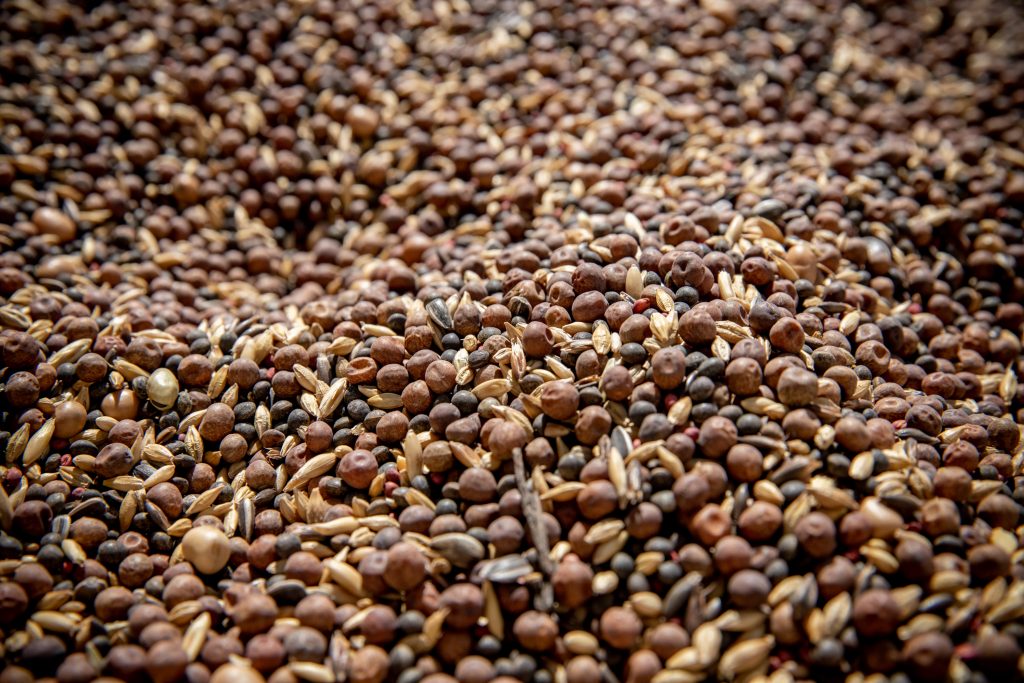 The following three years were certainly difficult, as he struggled the transition to regen ag across the property. Then came the third interaction that would turn things around.

The Red Meat Profit Partnership (RMPP)  group with an interest in regen ag had developed in South Otago after Dr Jones’s visit, and they got together to pool funding and bring over holistic management expert Ian Mitchell-Innes over from South Africa. The farm-specific advice that he provided to Hamish turned out to be invaluable.

“Ian changed the game for us, he understood what we wanted to achieve and knew exactly what to do. We saw a remarkable turnaround on the farm in 2019. I’d say probably 25 – 30 farmers have been positively impacted by him coming over.”

In keeping with the principles of regen ag Hamish had been growing diverse pastures in continual cover, but the main problem Ian identified on his farm was that he had been letting his pasture mature too far. Once plants go to seed, they stop photosynthesising and drawing carbon down to their roots, and in turn they stop drawing nutrients into the leaves. The sweet spot, as Hamish describes it, is to be operating a system that simultaneously looks out for the optimum requirements of the animal, plants, and soil. 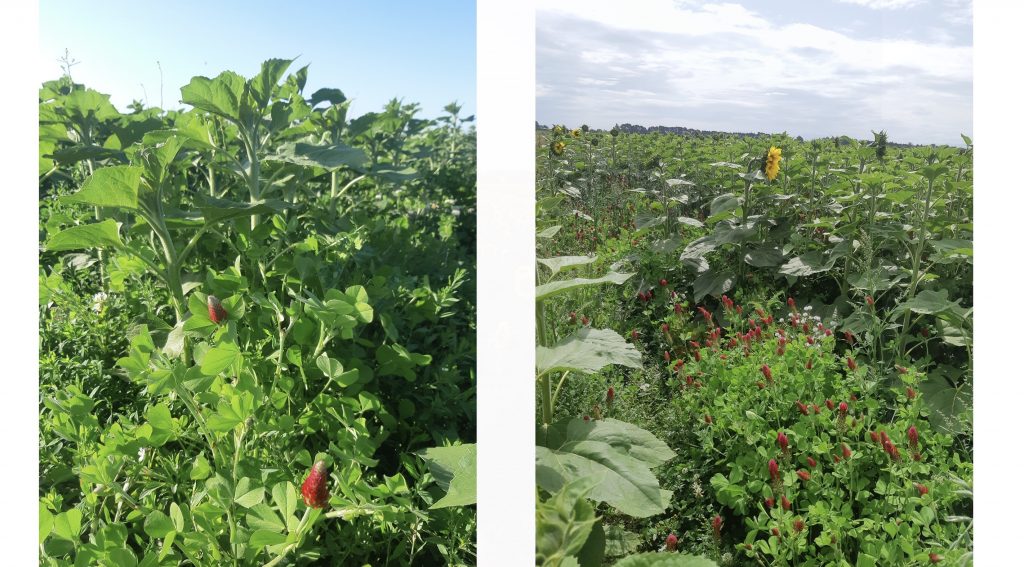 On-farm this means getting the stock onto a paddock once it has recovered from the previous grazing cycle, but before it has gone to seed. It’s also important not to let the stock graze the plants down to the root – the grasses need remaining leaves to recover quickly. This focus in management ensures the plant is protected for optimal long-term production, the soil is protected and fed, and livestock in turn have the necessary quality forage in the form of green leafy plants of mixed variety, whenever they want it.

This method of grazing has meant that Hamish has to move his mobs more than before. But he has countered that by cutting down from four or five mobs of mixed sheep and cattle to just two. He shifts them three to four times per day, only letting them graze the top half of the plants. Movable electric fences have become his new best friend, and he explains that a more even spread of urine and dung throughout the paddock becomes the natural fertiliser. While the animals used to congregate in groups under shelterbelts or at the water troughs after they had grazed out a paddock, the shorter grazing periods mean that they are continually spread across the paddock and moved before they have the chance to run out of feed.

Hamish gets annoyed hearing the message that the dung of the animals in New Zealand is like having 80 million people living without sanitation on the land:

“Ruminants utilise only 20% of what they eat in order to grow, and they excrete 80%. We call that inefficient, but if we want to stop using outside fertilisers, you can’t get more efficient than this. The animals are harvesting energy from the sun via the plants, and then providing compost to the land, and they’re doing it for nothing. Managed well, it’s a beautifully designed natural system.”

Now that he’s seen regen ag working as it should, Hamish is not looking back. His animals are in the best condition they have ever been, and require little intervention. This past summer, he only had to drench his lambs once, and sent 80% of them off the farm for processing by the end of February. Before going regenerative, he says he would be doing well if he sent 60% off the farm after 2 or 3 drenches in a season. He estimates that he’s saving about $80,000 each year on fertiliser inputs, pest management, seeds and supplementary feeds.

The switch to regenerative methods of pastoral grazing has also meant that his farm is much more resilient to drought. The trampled layer of plant compost litter helps to hold moisture in the soil and acts as a filter. It helps keep the soil cool, which keeps microbial communities thriving.

“When the region started getting dry in December and January, we weren’t affected at all. We come back after a 30 day grazing cycle and there is a foot of pasture. We get 10mm of rain, and suddenly there is feed everywhere.” 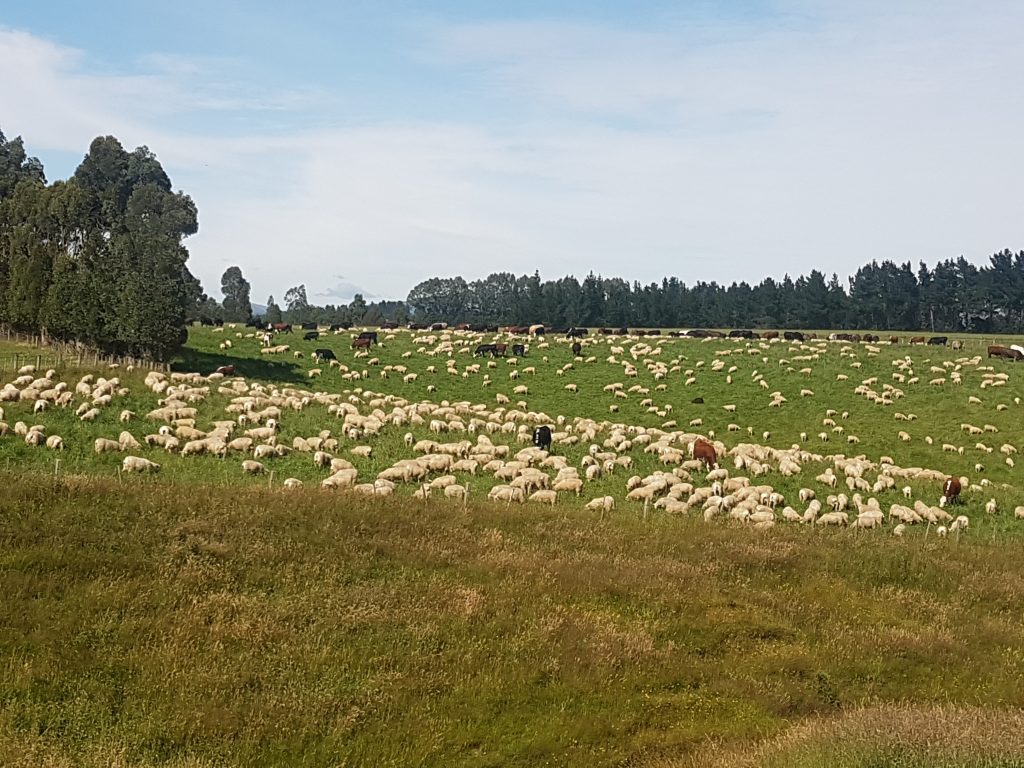 Regen ag is burgeoning in New Zealand, but Hamish says that we won’t see widespread uptake until there is a critical mass of farms showing that it is really profitable. He knows that repeatability is important to prove the model, and is building on his own learning and that of others to improve their system each year. He encourages other farmers to make the move, and get ahead of the curve.

“We don’t have to wait for anyone else to implement policy or stop using fossil fuels. We can walk out our door and do it tomorrow. You multiply that across the globe, and we could transform our planet within a few years. Our biggest barrier is our minds.” 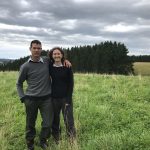 About Hamish:
Hamish, Amy and their three children farm in a joint venture  on 300ha in South Otago, between Balclutha and Clinton. It is their fifth year into the venture. The land consists of gentle rolling to steeper gullies that bound the Pomahaka river. They have run an integrated sheep, beef and arable operation for the initial years but are heading down the path of using regenerative farming principles and have decided to run 2300 breeding sheep, 200 trading cattle and no more cropping. Their vision is to reach the potential of the land, ecosystems, well being and bank balance.