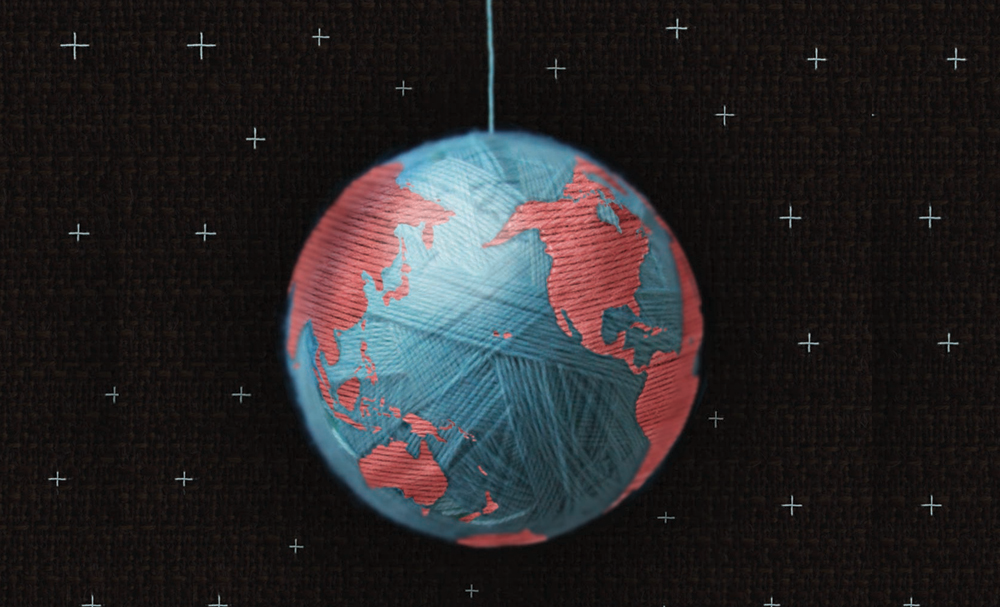 Textiles are the closest things to our skin. From within moments of our birth until we are laid to rest, our clothes are a material extension ourselves. They reflect our personality and communicate to the world so much about who we are. Clothes are the most visual identifiers of our clique and social position: they act as a type of code. Researchers were even able to confirm the geographical economic divide of London simply by examining clothing dust collected from the underground system. More expensive wool and cotton clothing fibres where found in the wealthy west, with a dominance of polyester in the poorer south and east areas of the city.

Our spending on clothing has leapt a massive 80% from 2000 to 2012, according to the New Zealand Retailers Association. It says an eye-boggling $3.5 billion was spent in clothing stores in 2012. That figure doesn’t even include the growing number of purchases we’re making online.

But there’s a major problem. Clothing, like most things, has now become a disposable commodity. We don’t truly value the textiles we wrap our bodies with and we’re quick to discard them. One hundred million kilograms of textile ends up in landfill every year. A further 5.8 million kilograms of clothing is being sent off-shore to places like Papua New Guinea, effectively just off-loading our discarded clothing problem onto a third world country with even less infrastructure to deal with the issue than we do.

Niche projects redesigning used clothing do exist in New Zealand. These ventures are a step in the right direction, but they are not able to be scaled to meet the level of waste clothing we are generating. Particularly with the consumption of throwaway fashion showing no sign of easing. 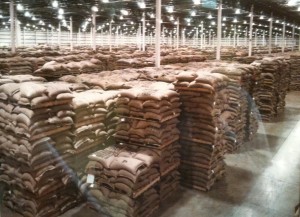 That’s where The Formary comes in. We take a circular economy approach in developing textile solutions for organisations around the world. Our first project was working with global coffee giant Starbucks, converting their waste coffee sacks into two valuable products: WoJo® and Juton®. WoJo® is a high performance upholstery fabric from repurposed jute coffee sacks and wool. It won awards from HRH Prince Charles and sustainable design guru Kevin McLeod. Our second solution, Juton®, combines waste jute sacks with cotton to create an endlessly versatile canvas for interior textiles, bags, hats, shoes; just about anything. In April we were flattered to be invited to launch our latest textile, Mibu®, at the World Expo in Milan. Mibu® is made from a blend of rice straw fibre generated from rice harvesting and wool. It helps reduce carbon emissions from the burning of fibre at harvest time and results in a beautiful and luxurious textile.

Closer to home, New Zealand Post is leading the way in addressing how corporations deal with used uniforms. Not satisfied with dumping in landfill or sending used clothing to third world countries, New Zealand Post began researching more viable solutions and took the advice of textile and sustainability experts to explore local options. What we have found is a strong willingness to address the issue but a disconnected supply chain. With the demise of New Zealand’s textile manufacturing industry, crucial machinery is either no longer operating, languishing in sheds gathering dust, or has been moved to other regions. This has disconnected the chain.

Reconnecting the supply chain could have serious economic benefits. You only have to look at the cost of our current solutions to see why. The mean dumping charges for waste over our three main cities is $170 per tonne. It’s estimated there’s 105 million kilos a year of re-useable fibre in New Zealand that can be converted into valuable products, but instead is dumped at landfills for an astronomical cost of around $17 million.

Overseas, some good progress is being made in realising the potential in converting waste textile into a valuable product. During a recent visit to China, I went to a factory in Zhejiang that takes used military uniforms and sorts them into fibre categories. Cotton and wool are either on-sold or re-spun, synthetics are re-extruded into pellets which are then re-spun and rewoven to make a raft of different products: including tents, duffel bags and privacy curtains. Closed loop solutions like this are becoming increasingly popular as awareness grows that we do not have unlimited resources and it is not only careless but economically unsound to throw away useable resources. 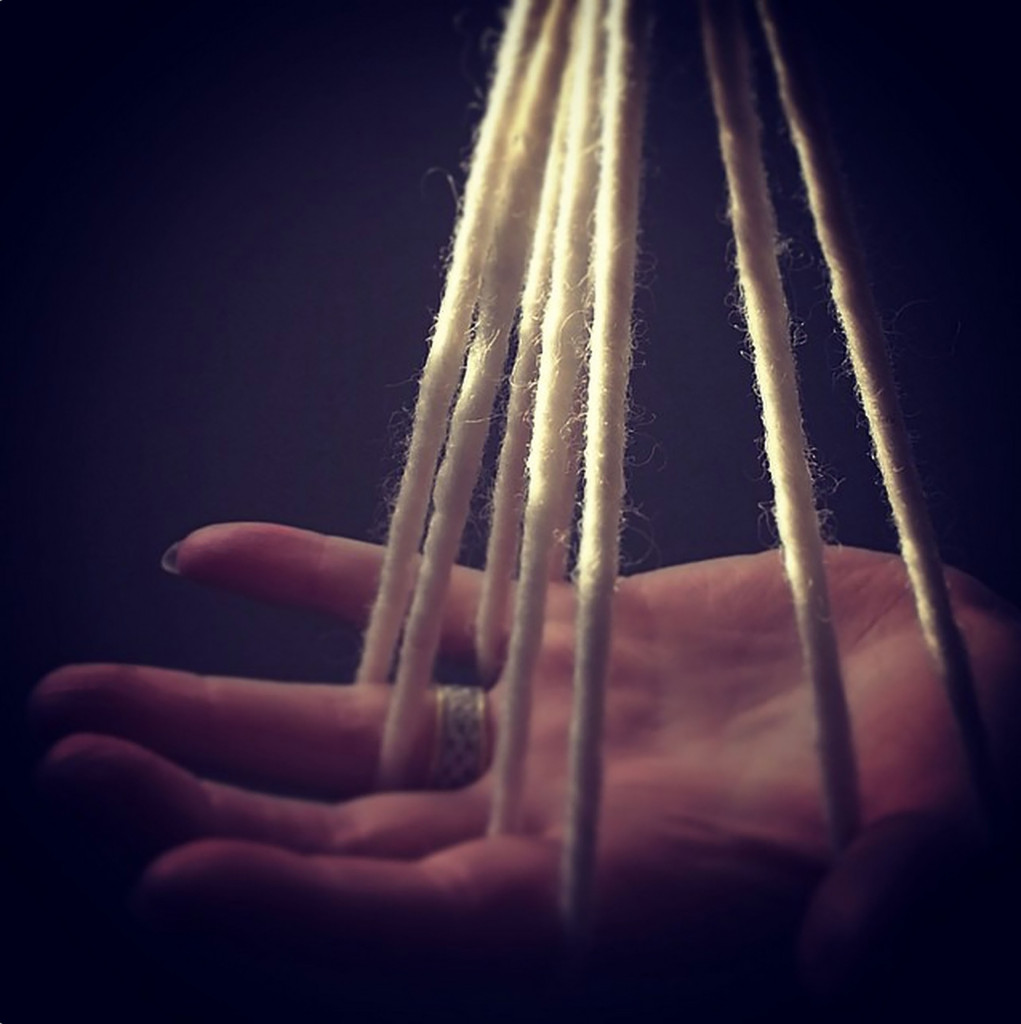 In the UK, clothing waste from charity clothing bins, goods rejected by retailers because of flaws, and used uniforms from public and private sector first go to rag traders for sorting, then to factories for shredding. The resulting mélange, or mille fiore (“thousand flowers” as they call it in Italy because of its multi coloured treads) is then re-used as stuffing for furniture and insulation.

The European Commission’s ambitious circular economy strategy to be presented in late 2015 includes targets to phase out land filling of all recyclable materials by 2025. It states:

“Instead of extracting raw materials, using them once and throwing them away, the new vision is for a different economic model. In a circular economy, re-use, repair and recycling become the norm, and waste is a thing of the past. Keeping materials in productive use for longer, reusing them, and with improved efficiency would also improve EU competitiveness on the global stage.”

According to an analysis by the World Economic Forum, the transition to a circular economy could generate savings of more than $1 trillion in materials alone by 2025.

As well as the environmental and economic benefits of recycling waste textiles, there’s an ethical argument in reducing the human cost of making fast fashion too. The plight of garment makers working in atrocious conditions for next-to-no pay in countries like Bangladesh has now been well-documented. Films like “The True Cost” by Olivia Firth (wife of actor Colin Firth) reveal what many of us would rather forget. A Norwegian reality TV show took young fashion bloggers to Cambodian garment factories and the BBC’s Panorama has investigated the working conditions in Bangladeshi factories supplying high street UK brands. These all make for uncomfortable viewing but so far little has changed our buying behaviours. What we need is a two-pronged approach: pressure on brands to improve the working conditions of their supply chain workers, and better solutions for the clothing waste generated.

Back here at home, Statistics New Zealand estimates we ship 5.8 million kilos of unwanted textiles offshore each year. If we opt for a more practical solution there is roughly 105 million kilos a year of re-useable fibre that can be converted into valuable products. Linking the supply chain will enable us to reprocess these fibres and breathe new life into them. We can make textile dumping a thing of the past and stop throwing money away while we’re at it.