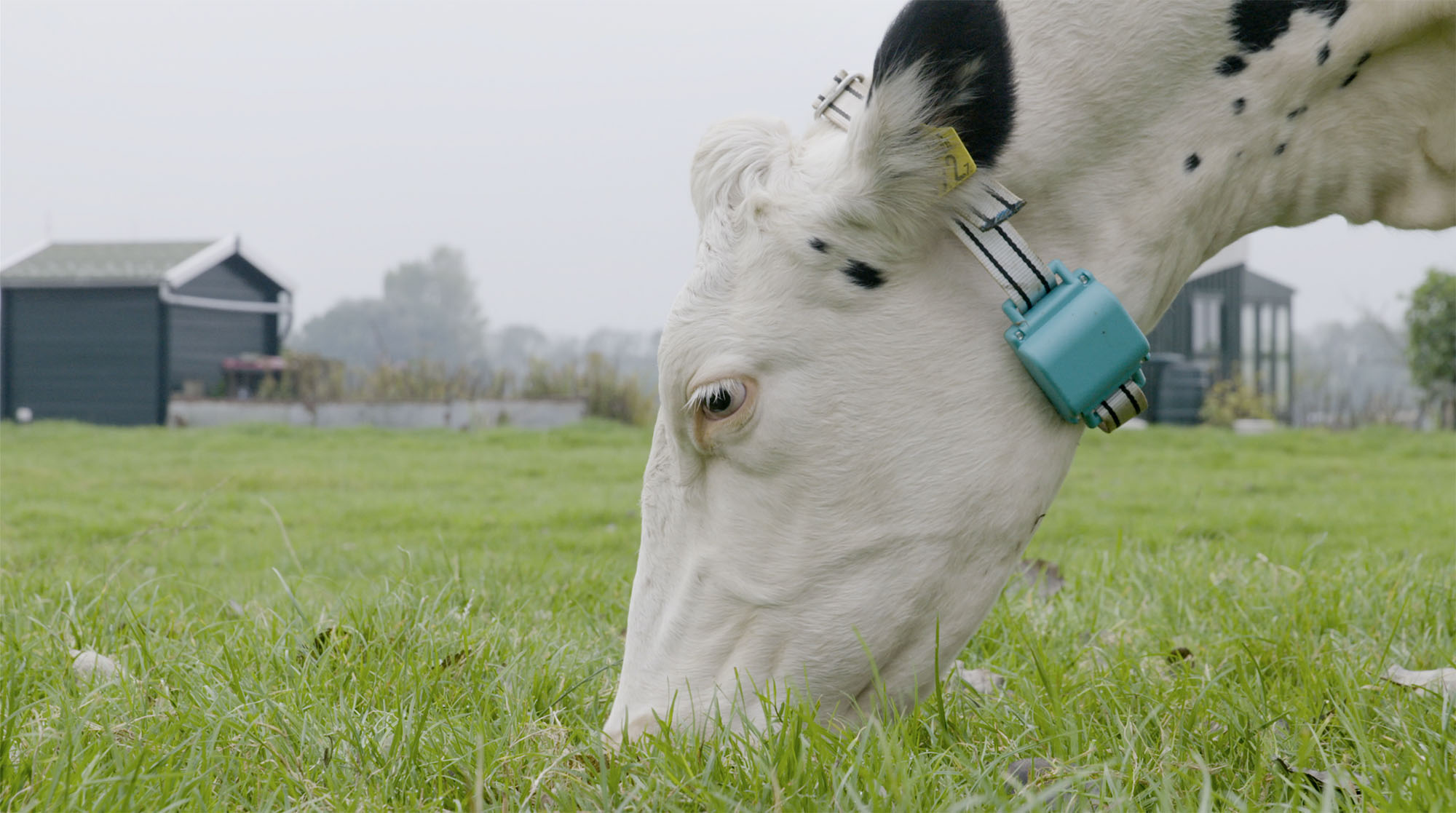 MobileTECH is a a major industry event for showcasing new technologies designed to increase the productivity of our primary food and fibre industries. This first story of the MobileTECH two-part series will provide review of the in depth and diverse content covered at this year’s two day industry event.

This year’s MobileTECH 2016 conference, held at Lake Rotorua in April, was focused on how technology, digital and mobile solutions can and are transforming the agricultural, horticultural and forestry sectors to deliver greater value, sustainability and efficiencies. As a sustainability expert and tech futurist passionate about ensuring the long-term sustainability, competitiveness and resilience of New Zealand’s agriculturally rich, fertile and resource endowed nation, I was excited to attend.

The conference brought together over three hundred professionals (mainly male with a smattering of women like myself) working in the fields of Ag (mainly dairy), horticulture and forestry as well as local and international technology leaders working within these sectors. No mean feat.

In my opinion the event couldn’t have come at a better time, particularly given the many disruptive forces currently shaking up the global Ag sector right now. Big data, connected farms, precision agriculture, in vitro protein and indoor vertical crop farming are just some of the forces that are rapidly redefining the meaning of “agriculture” as we know it. As are the countless digital and cloud based solutions aimed at increasing on-farm productivity and the quality of outputs of the traditionally technology lagging labour and land intensive primary industries.

MobileTECH attracted some of the world’s big picture thinkers in the AgTech space who enlightened many in the room about just how much technology can improve productivity of the humble farm animal. Like Yasir Kokhar founder of Connecterra, a Dutch based analytics startup that has developed what is essentially a “Fitbit” for cows.

Connecterra’s business model? Mounting wearable sensor systems that monitor and measure the activity and movement of farm animals in 3D space, then selling useful “insights” to farmers about the health and productivity of their herds (like optimal oestrus cycles and insemination times). Rather than screeds of useless data they don’t know what to do with, Connecterra helps spot problems and answer a bunch of great questions farmers really value – and want to pay for. Early stage trials have already shown to help farmers increase productivity per animal by up to 20% or more.

In an interview with Kohkar I asked what advice he could give NZ tech companies entering the Ag space. His answer was clear. He saw there was a danger in the thought leaders going too far ahead and assuming what the farmer wants. “I think what needs to happen is you need to get your product to the farmer. And you need to fail fast. You need to get it out there. You need to see what the farmer is really finding useful and then iterating over the product features”. Kohkar also emphasised that Kiwi tech companies need to move faster to get the their products in the hands of farmers much more quickly. “It’s about getting it done. We learnt so much, but only when we got our product on the farm.”

At a local level, Head of Rural at Figured, Sophie Stanley (hurrah (!) another female paving the way in the traditionally male dominated AgTech scene), discussed how the company’s online collaborative software solutions enable farmers to better financially manage their production planning, farming operations and budgeting using real-time financial information. The result? Savings – both in cash and time. Perhaps the two most highly prized commodities in the life of a farmer and Figured’s rural customers, says Stanley.

Both Kokhar and Stanley emphasised the need for Kiwi AgTech providers to focus on a customer (read farmer) centric approach before developing expensive tech products and software with no clear end value for the user. According to Stanley the AgTech community has built a whole lot of “solutions”. But are these actually solving the industry’s problems? And more importantly, are farmers actually making or saving money using them?

Farmers don’t want to hear about “smart farming” and other AgTech buzzwords. They just want to know how the technology can improve their operations to make their lives visibly easier, time efficient or more profitable. Ideally all of the above.

Speaker Nigel Sharplin, CEO at award winning NZ product design consultancy In Fact, and CEO of wood processing tech start up FibreGen), also emphasised the need for the primary industries to take a customer centric focus to innovation – through Design Thinking. An approach, that has increasingly gained traction across other industries and tech sectors, yet, which is still visibly absent from the bulk of New Zealand’s primary industry modus operandi.

Design Thinking follows the principles of empathy, design, ideating and testing (through rapid prototyping) and has enabled many high value companies to successfully produce relevant solutions, which become highly valued on the market. “It’s about getting to the truth about [what] your end user desires and struggles really are” emphasised Sharplin. “Then making sure your whole organisation thinks about how to meet these needs”. Proof is in the pudding. Design Thinking principles helped to FibreGen to create Hitman HM200, ST300 hand tools – the now gold standard internationally for forest wood assessment. The company has also successfully secured 27 patent registrations for the use of acoustics in the grading of green wood for the forestry sector. Will the rest of our primary industries hurry up already and take note? There’s money (and big efficiency gains) to be made.

There was a lot of high-level talk at MobileTech from conference speakers (including Spark Digital’s Head of Agribusiness, David Walker, TUANZ’s CEO Craig Young and the Federated Farmer’s CEO Graham Smith), about the role of mobility, sensors, cloud platforms and mobile farming apps to help New Zealand’s data deprived rural community make better decisions and run their farms better and more efficiently. According to Walker, Spark’s 4G network has enabled the rural community to “farm smarter and utilise data better than ever before”. Some rural customers have since experienced an increase in farm production by 40% on the same amount of land just through having better data and connectivity allowing them to connect to innovative cloud-based farm management apps. Indeed, as Walker asked, if our farms and forests are not connected with fibre then what progress have we really achieved?

For example, robotic company 3D Robotics is amidst testing a project for winegrowers that not only uses UAV (drones) to take photos of vineyards, but also VR headgear technology that that allows growers to view their vines from the UAV’s ‘eyes’ while in flight. A digital overlay will take sensor data of vine stress and colour variation and show them, in real-time, where the problems areas are and what they can do. Projects like these could revolutionize agriculture by providing not only vine growers but farmers with on-demand aerial images of their land.

There is no question that MobileTECH 2016 was a valuable platform for accelerating the long overdue conversation about just how pivotal technology will be in ensuring that New Zealand’s primary sectors remain competitive going forward. But as a tech commentator looking in, at times the high level tone of MobileTECH felt more aspirational and prescriptive rather than focused on practical case studies highlighting the hard business benefits tech and the adoption thereof provide the industry.

MobileTECH’s “TECH Talks” series – four minute elevator pitches from some of NZ’s up and coming startups and Ag incubators targeting NZ’s primary industries (discussed in story two) did start to scratch the surface of some of the early stage Kiwi start ups now venturing into the world of AgTech.

As did MobileTech’s ‘Meet the Future Leaders’ Panel which brought together some of New Zealand’s brightest younger people working across the primary industries. Matt Bell from Align Longfield, Hamish Gates from AS Wilcox & Sons, Sarah O’Connell from Beef + Lamb NZ, Goetz Roth from Interpine and Hinga Marsh from Tuhono Whenua Horticulture were amongst those who discussed their visions on how technology will power businesses.

With over 36 speakers and a plethora of topics covered from rural connectivity, cloud-based platforms, automated tracking, mobile hardware to remote sensors, robotics, field capture tools, data management and satellite mapping, there is no doubt that MobileTECH was an event worthy of attending.

Something that perhaps was missing from MobileTECH 2016 however was a greater focus on profiling more established leading edge Kiwi tech companies carving already hugely competitive niches in the primary sectors.

The next story in the MobileTECH series will profile some of the innovative and forward thinking Kiwi AgTech companies the conference showcased which have the potential to help redefine and add significant value to New Zealand’s technologically lagging primary industries. In addition the story will provide deeper commentary on what content discussed at MobileTECH means for New Zealand’s emerging AgTech sector as a whole. In a world where the traditional Kiwi DIY, number 8 farmer mentality is rapidly losing its competitive edge to technological advancements, both topics are worthy of exploration.