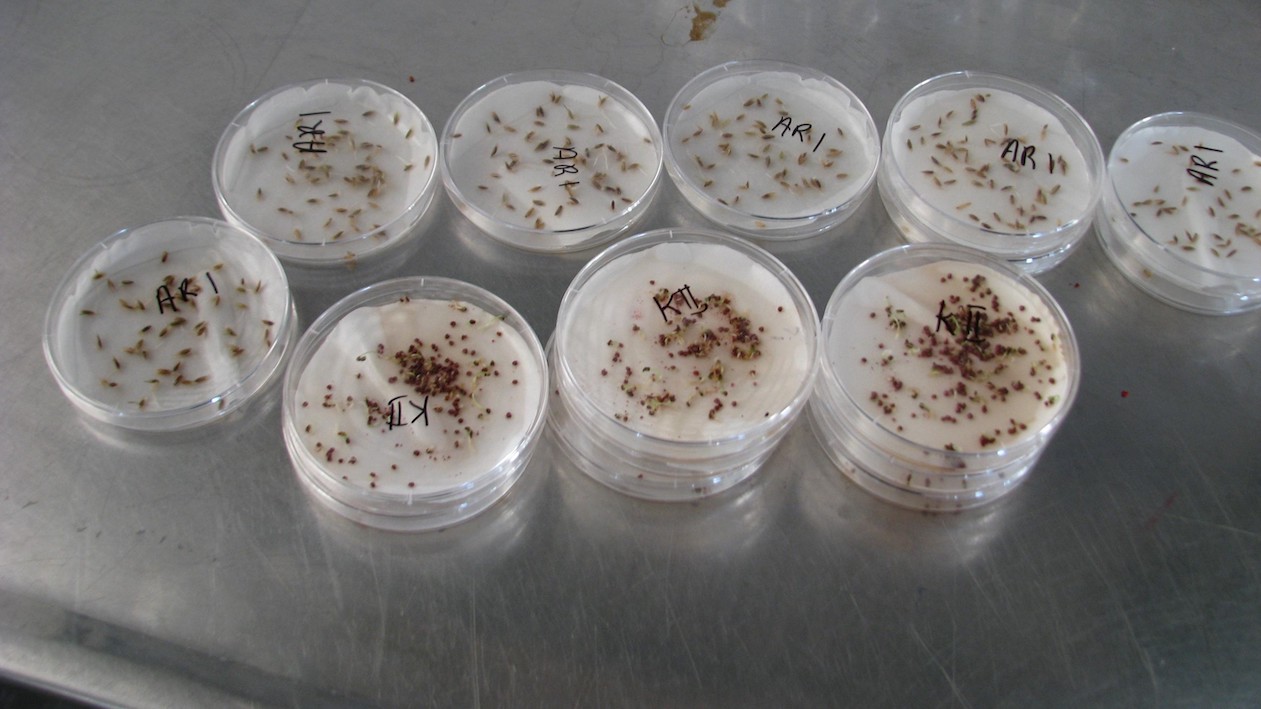 The world of biological farming is not confined to what happens in soil.  Biological products have been available for decades and provide strong competition for traditional chemical products.  Unlike many reach-for-the-shelf chemicals, biological products require more preparation and strategic thinking in their use.  The spray and walk away mentality falls short of the next level of agricultural professionalism.

A great example is Effective Microorganisms (EM),  a cocktail of different microbial species including lactic acid bacteria, photosynthetic bacteria, actinomycetes, yeasts, and fungi.  Japanese scientist Dr. Teruo Higa spearheaded the development of EM in the 1980s by creating a stable microbial ecosystem in a liquid.  It is now used in over 140 countries around the globe with manufacturing facilities in 60 countries.

Table 1: List of Species and Concentrations in the Original EM Concentrate. 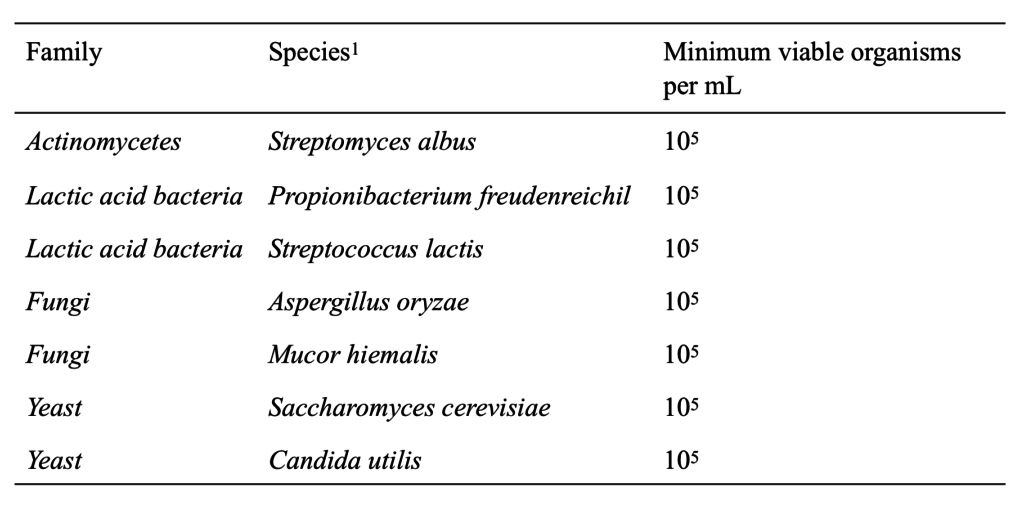 While the original EM formula consisted of 5 families, 10 genera, and 80 species, subsequent research has revealed that only three main groups of microorganisms are required to produce and sustain the effects of EM.  Currently, the cultivation of EM focuses on these main microorganisms:

The complex culture of organisms includes species that generate nutrients essential for other species to survive in the soup.  In creating a microbial ecosystem, the combined activity of the greater whole allows the EM to tackle a number of problems simultaneously unlike products that contain only one species.

The primary outcomes of applying EM are to: fix nitrogen, solubilise nutrients (especially phosphorus), develop organic matter through photosynthesis, control disease through secretion of lactic acid and other antibiotics, decompose organic matter, increase the digestibility of animal feed, and generally improve the physical properties of the soil.

Four Peaks photo comparison shows an impact of EM on mixed pasture including Clover and Pasja. The initial photo was taken a year earlier and shows poor uneven growth with discoloured and even dead patches throughout the paddock. The whole crop had poor colour and clover was non-existent which was thought to be due to chemical residue. EM was used to boost plants, re-mediate soil and stimulate biology with the treated picture showing a very even crop with a great yield and importantly clover is back.

The EM family of microorganisms also promotes plant growth by producing hormones, vitamins, and enzymes including indole acetic acid, gibberellins, cytokinins, and ethylene.  Other roles include biological pest control through antibiotics; microbial herbicides, anaerobic fermentation for both silage and rumen digestion, and pollution control.  Numerous publications on EM can be found on world wide web.

Naturefarm New Zealand, a company set up in 2001 by ex-AgResearch pasture scientist Mike Daly and now run with his son Paul is responsible for the sale and distribution of microbial products such as EM.  They primarily work with farmers and agricultural suppliers and consultants to promote EM and expand its application.  Originally a liquid product, they now produce a solid product for dry blending.

Their core market is enhancing the effectiveness of agricultural products other suppliers sell.  Adding EM reduces amounts of core product applied such as synthetic or natural fertilisers and soil conditioners as well as herbicides, pesticides, and fungicides.  The fact that a large part of their business is helping other suppliers is the testimony to how cost competitive this product is.

It can also enhance biological activity by speeding up decomposition of crop and cereal stubbles, manures, or organic matter fertiliser blends.  It can be used to stimulate pasture or crop growth after germination by stimulating soil microbial activity with sugars, proteins and oils. 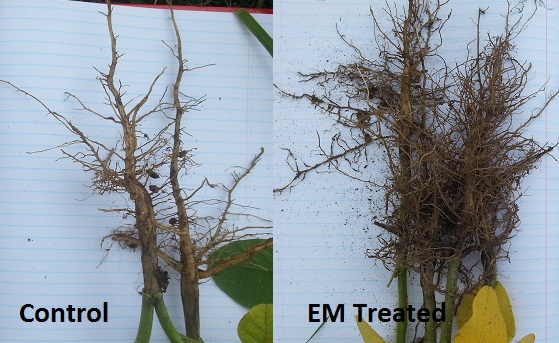 The Soya Bean comparison shows a huge number of extra roots on EM treated crop compared with the untreated control. The main differences are improved root structure and a much better breakdown of soil organic matter.

Naturefarm works with calf rearers, piggeries, and dairy herd homes to reduce the smell, incidence of bacterial diseases, and improve composting of bedding material.  Composting can be done the traditional way or bokashi composting which ferments organic waste and reduces nutrient loss. 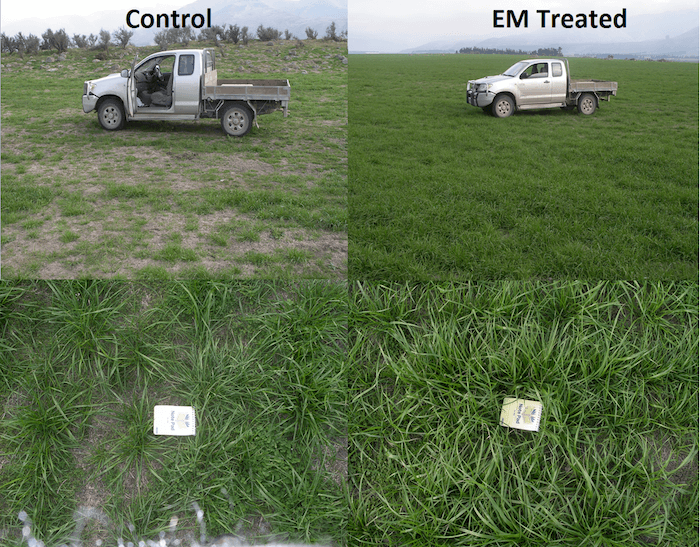 This illustrates a paddock trial showing effectiveness of EM in pasture renovation. The farmer used a double spray technique with roundup to kill old pasture and then direct drilled new pasture. EM was combined with Roundup spray at 10 litres/ha. The farmer did one block with EM and one without and the below photos were taken 3 months after emergence.

While their core business is farmers, it also stretches into other areas:

The most open sector in agriculture to these ideas are vintners.  Vineyards use EM in a variety of ways from developing cycling of nutrients in understory beneath vines, used for disease prevention by directly spraying on grapes, treating wastewater to reduce odour for it to be reused, to composting grape skins and canes.

And it’s from the wine industry we find someone developing their own brew.  Some 30 years ago an American researcher at a wine seminar stirred Dugald Hamilton about the wonders of soil, especially the role of mycorrhizal fungi.  Now he’s invented a biological brew called Respond to reintroduce living fungi and bacteria while stimulating biological organisms and maintaining plant production and health.

Interest is increasing with Zespri inviting him to do trials with kiwifruit crops.  MPI and Hawkes Bay regional council are sponsoring trials on hill country tree planting targeting erosion and soil and grass improvement.

The Soil Compaction illustrates a West Coast paddock trial showing EMs ability to reduce soil compaction. The untreated block was fertilised as per normal whereas the treated block had 10L of EM and 10L of molasses per ha.

Dugald’s background is wine, in particular the conversion of Gisborne’s Milton Vineyards and Winery from conventional to organic production, so he’s been on both sides of the fence.   Over nine years through experimentation he figured out how to change production systems without ruining the crop.  The focus was always on improving product quality.

The Respond product is a combination of live nitrogen-fixing bacteria, fungi including mycorrhizal fungi and carbon to hold it all together.  The brew acts quickly to create a symbiotic microbial relationship with its host to increase access to nutrient and water and spreads through the soil like a blanket.  Early results show it to be a very good seed coater to help new plants establish and thrive.

Dugald believes the Respond product can reduce irrigation rates and therefore leaching of nutrients.  It also removes problematic fungi improving diseased plant health, as well reducing mildew on cucumber and low growing crops, citrus trees health improves after only three weeks, and Pinus radiata trees show improvement by up to one hundred per cent against the control in four months along with tomato plants.  Diseased citrus trees come back into perfect health within three months after the soil is treated with Respond.

Preliminary trials are promising with treated hops producing an extra 33kgN/ha more than control.  With figs and plums, it appears size and weight of fruit increases, not numbers.  Nutrient levels in leaves of trees also improve. 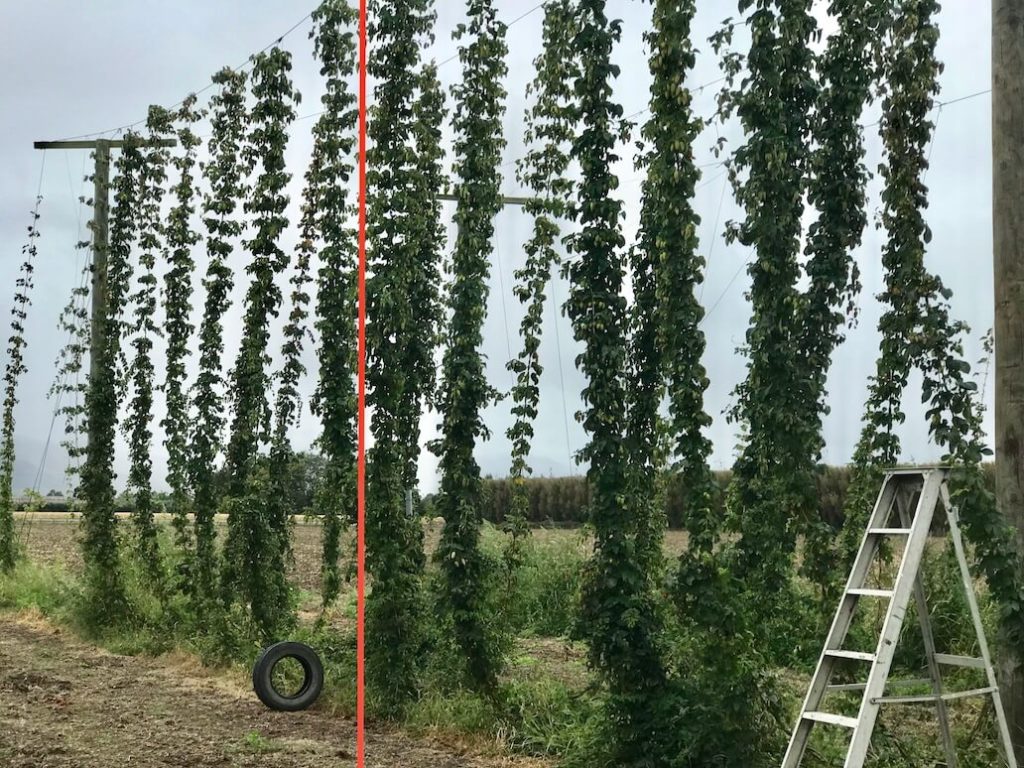 Respond effects in a hop garden as a result of producing an additional thirty-three per cent more nitrogen.

The plum orchardist using Respond noted more growth in plum trees making pruning decisions easier and also observed bottom branches reaching out to the exact same length into rows within 25mm along the entire row so it resembled an automotive production line.

Respond fungi appear to access greater quantities of moisture preventing plants shutting down when soils get dry to conserve water.  As Dugald says “it’s like plants have a greater level of confidence to grow despite the drier conditions”.  Respond not only produces nitrogen but simultaneously stores it well.

A visual observation with grape trials is that earthworms appear more numerous under the vine where vintners have traditionally sprayed in the past.  Cover crops are also part of the practice under vines rather than bare soil.

With all the field and laboratory results Dugald is now looking for a co-founder/investment to be able to obtain independent lab analysis to create a great business plan to move Respond to market.