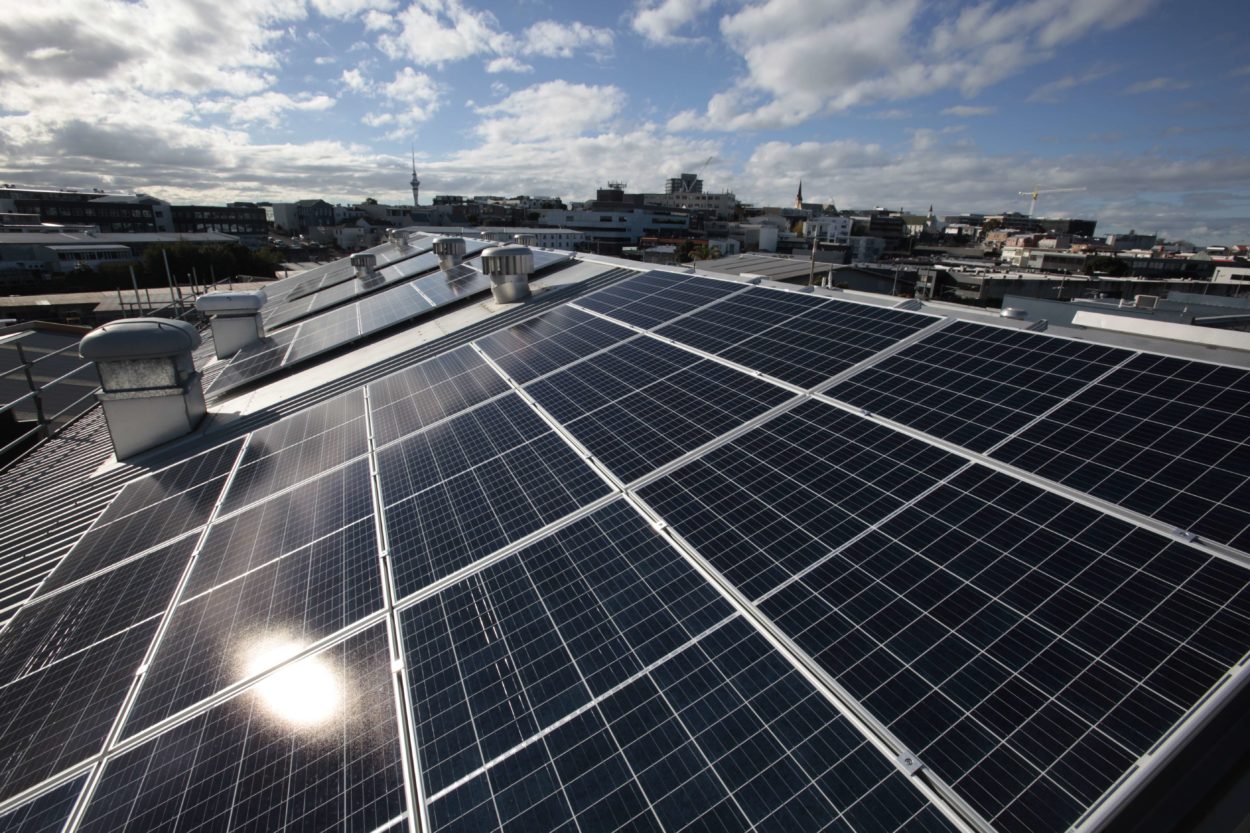 Community Solar Unlocks the Abundant Renewable Energy for Everyone

New York has recently announced its largest community solar project is now on line. This investment in sustainability and the future has made clean, locally generated solar available to renters, homeowners, low-income residents, schools, and businesses alike. The same will soon be happening in New Zealand, writes solarcity CEO Andrew Booth.

The global shift to renewable energy is picking up momentum and solar is the star. Last year the world added more capacity from solar photovoltaic (PV) than from any other type of power generating technology. To give you an idea of that scale it is estimated that the equivalent of 40,000 panels were being installed every hour of every day in 2017.

Unsurprisingly, solar is predicted to become a major form of new generation. Some forecasts say solar will generate close to a third of the world’s electricity by 2030. Others are even more optimistic putting that figure nearer to 50%.

While on a smaller scale, New Zealand’s solar growth is mimicking what’s happening in many other countries. There are now more than 18,000 solar installations in NZ which are generating enough energy to power a region the size of the Hauraki district. That number has climbed rapidly from 5000 just three years ago. And, like the global forecasts, there is agreement that our domestic solar capacity will continue its healthy growth. The big unknown is by how much?.

In 2016, MBIE produced a report looking at five scenarios for New Zealand’s energy future. Solar PV generation featured across all five with between 100,000 and 390,000 residential and commercial solar units installed by 2040. Recently, Transpower put that number a lot higher, estimating 1.5 million Kiwi homes could have solar systems by 2050. Transpower also says that New Zealand’s power system is in a good position to enable a significant increase in distributed solar generation. 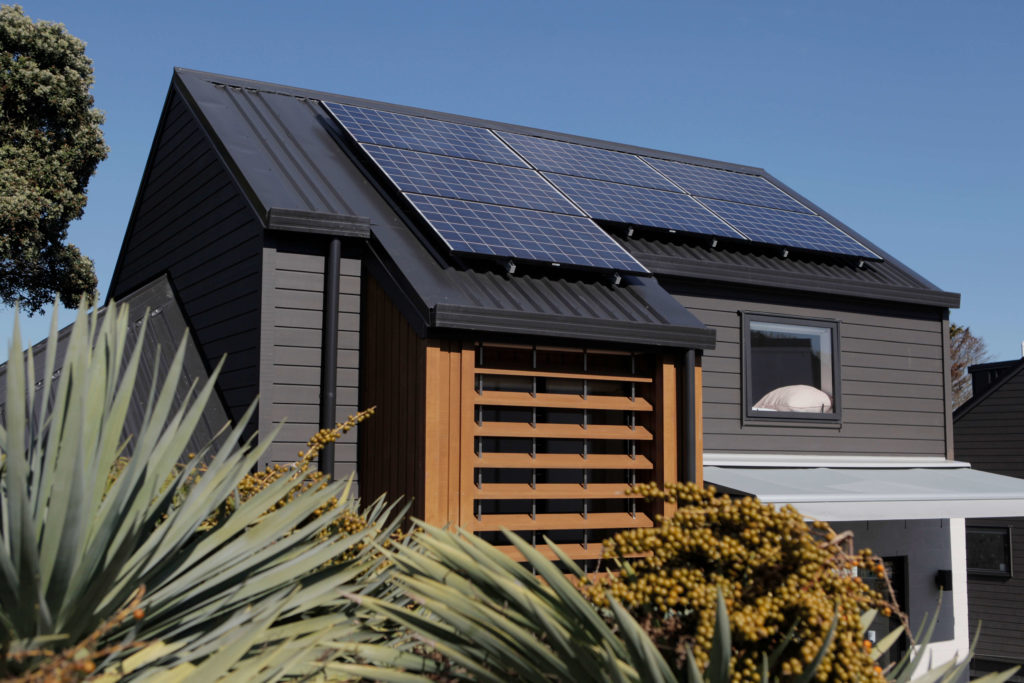 That is all good news as our country looks to shift to 100% renewable electricity by 2035 and net zero carbon emissions by 2050. Prior to the change in government, and the new 100% target, the International Energy Agency reported that our developing solar industry would help the nation reach, and even exceed, a target of 90% renewable electricity generation by 2025.

So, what can we do encourage solar uptake? Several years ago we surveyed Kiwis to see what was stopping them make the switch to solar. The majority said the capital and installation costs were the main barrier. That is understandable. With the high cost of buying a home, not many owners are in a position to spend $16-24k on solar panels and a battery, especially if there’s going to be little return on that investment.

At solarcity we’ve completely changed that. Rather than sell homeowners a solar system and battery we provide them with an energy service. They still have the panels mounted on their roof but there are zero product or installation costs. Instead, they simply pay a low, fixed monthly fee for cleaner, cheaper and more reliable power.

Our customers love this service which enables them to save money and help the fight against climate change at a critical time.

However, not all homes are suitable for their own rooftop solar installation and that’s where community solar steps in. The primary purpose of community solar is to give residents the opportunity to share the benefits of solar power when they cannot, or prefer not to, install solar panels on their property.

That’s a big proportion of households. In the US the National Renewable Energy Laboratory says only 22 to 27% of residential rooftops in the country are capable of hosting a solar system because of structural challenges, tree shading, or “ownership issues” — mainly households who rent, and cannot install solar panels on roofs they don’t own. Our analysis indicates that this is also the case in New Zealand.

Along with some of the nation’s leading companies we are exploring how we can unlock the abundance of solar for these households by extending our solarZero service to deliver local community solar power.

We are currently looking at one community solar project that could include as many as 1000 homes and save residents a total of $18 million over 20 years.

Elsewhere, large organisations may start to make solar power generated on their roofs available to social housing projects around New Zealand. Quite simply, they may give it away. There is also scope for solar to be included in the government’s Kiwibuild programme.

Right now a co-op in the Wairarapa has plans to build New Zealand’s first publicly-owned solar park in the small town of Carterton. If it goes ahead, residents will be able to buy a parcel of shares that gives them access to solar power and battery storage. Energy Democracy chairwoman Shelley Major says the project will make it possible for renters and owners of shaded properties to power their households with solar for an investment that looks likely to be under $10,000. 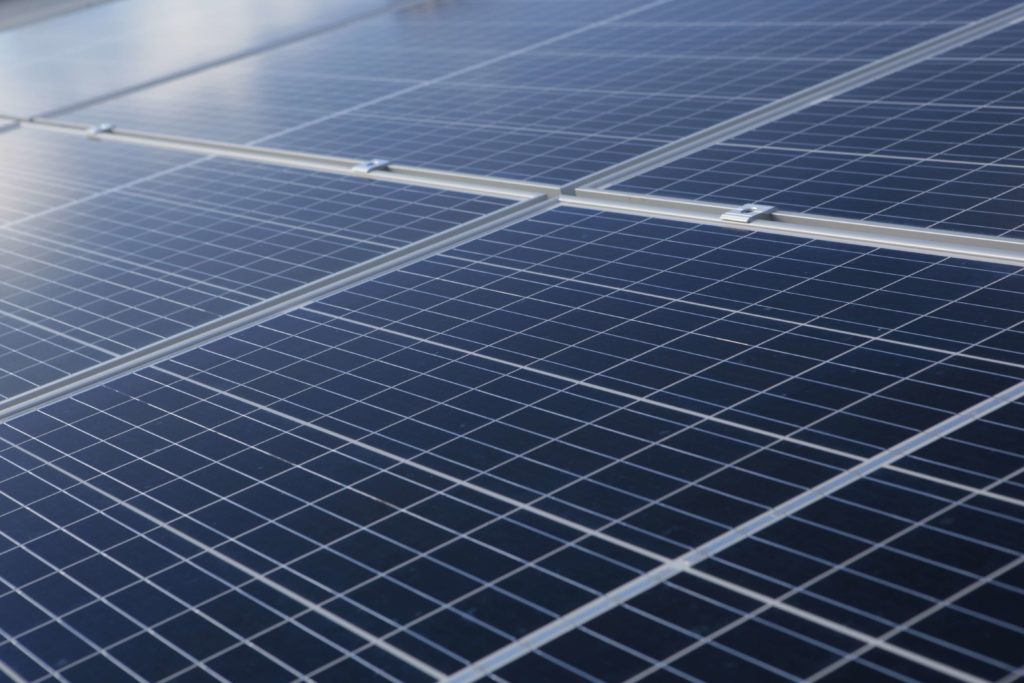 There are three key drivers behind that growth.

Firstly, access. As mentioned earlier, costs and homeownership can act as barriers to solar access, but, community solar eliminates those barriers. A third party (like solarcity or co-op) covers the cost of building a larger, shared-system in a region, which local residents can subscribe to. This saves those residents money and protects them against rising energy prices. That’s because most programmes allow them to “lock-in” a rate. That’s exactly how our solarZero service works with up to two-thirds of a customer’s power fixed at the same low price for 20 years. Compared to power prices that have risen by more than 130% over the past 20 years that fixed price can save thousands of dollars over time.

Thirdly, jobs. The solar industry has grown jobs at an impressive rate globally.  Adding workers nearly 20 times faster than the overall economy, solar employment has grown by 86% in the past five years in the US alone. The transition to solar here in New Zealand will create significant employment opportunities as we re-power the nation to deliver the low carbon solution required to stop climate change.

We’ve come a long way in harnessing the power of the sun for clean, renewable energy. We still have plenty of opportunity to innovate new programmes and business models – like community solar – that will allow all communities to access cleaner, cheaper energy.