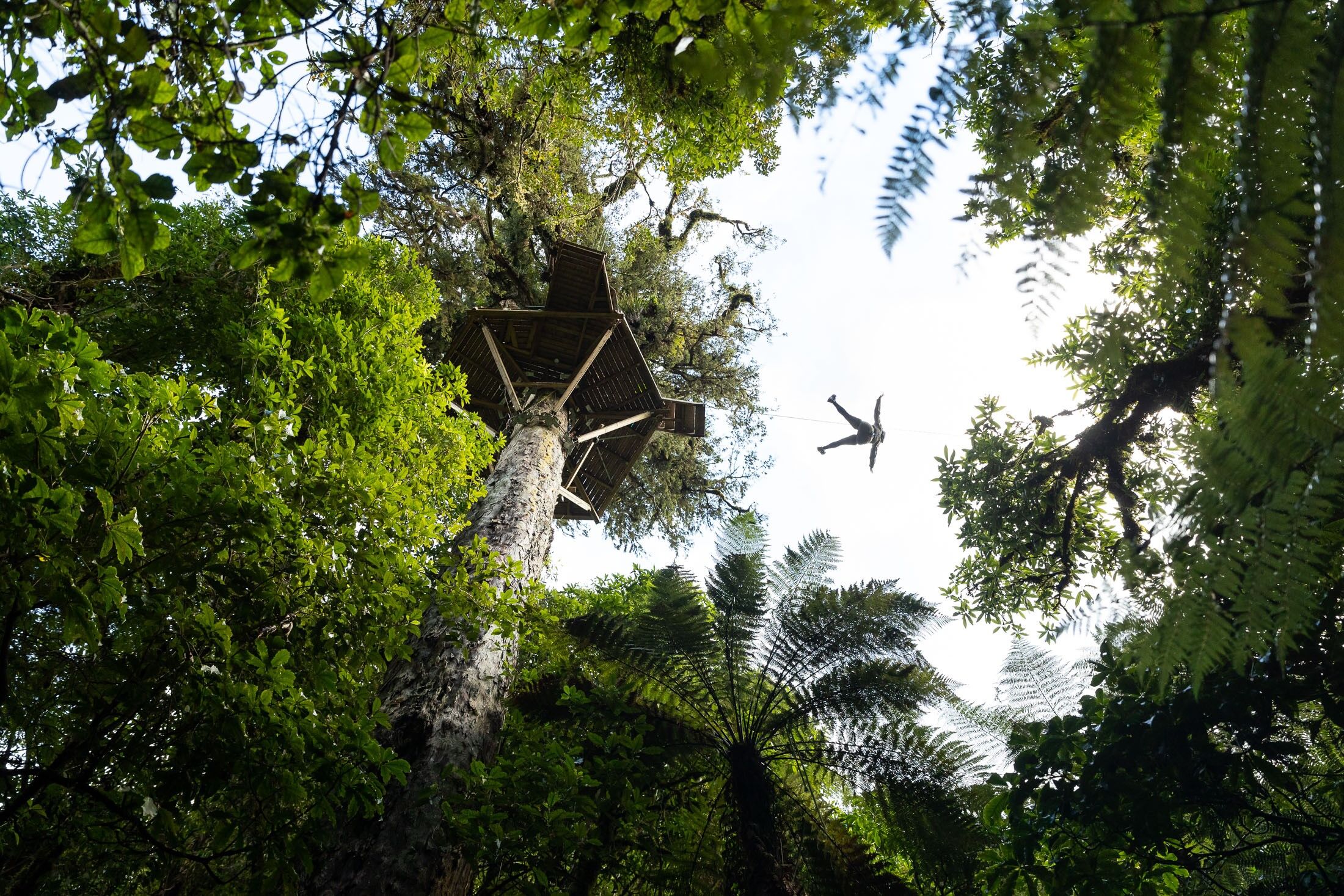 Establishing native forests requires significant upfront investment, but the return they bring to our natural environment, and the communities of Aotearoa New Zealand is significant. There is a role for innovative financial instruments (both existing and novel) to channel capital and support the realisation of these outcomes. I will explore four options – green bonds, sustainability linked loans, green funds, biodiversity credits – that could have application in Aotearoa New Zealand.

Accelerating the rate of afforestation and therefore carbon sequestration, is a critical lever used internationally and within New Zealand to combat climate change. However existing incentives in the New Zealand market – specifically those created by the Emissions Trading Scheme (ETS) – favour the establishment of monoculture forests of faster growing, exotic species such as Pinus radiata over biodiverse native forests. Pine is significantly cheaper to plant and maintain than other species, has better established funding mechanisms, and, in the short to medium term has greater rates of carbon sequestration than New Zealand’s native plant forest species. On the flipside, there is a lost opportunity to establish more biodiverse and resilient permanent native forests and other vegetation which provide significant environmental, social and cultural benefits to Aotearoa New Zealand.

Well constructed financial instruments that capture and recognise the long-term value of these investments can help funnel capital into native biodiversity. In acknowledging both the long-term carbon sequestration potential of native forests, but also the significant additional environmental, social and cultural benefits, we can support a better, more resilient Aotearoa, New Zealand of tomorrow.

”the ETS favours the establishment of monoculture forests of faster growing, exotic species such as Pinus radiata over biodiverse native forests 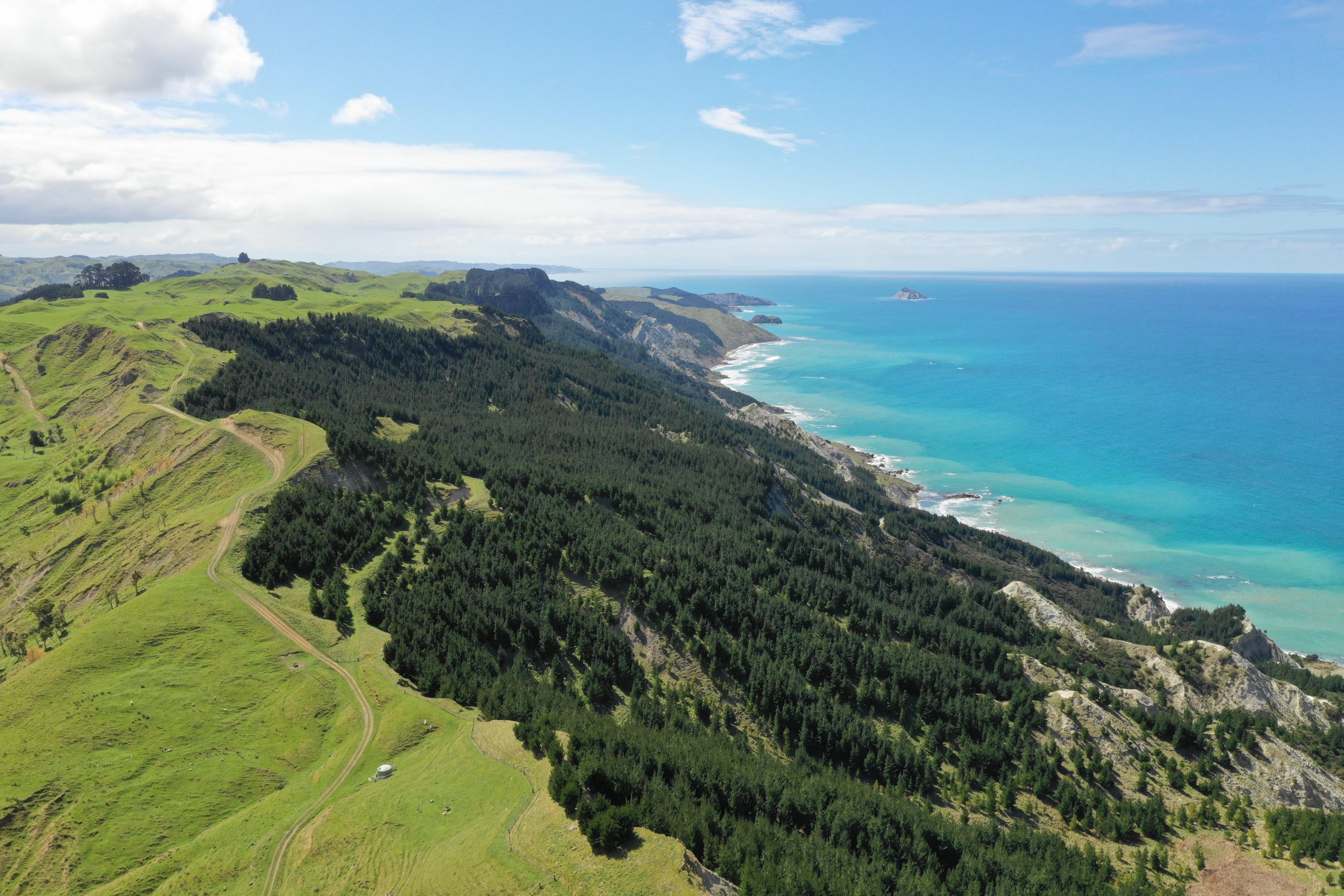 There are a number of financial instruments that could be used to support the investment required to accelerate native afforestation, many of which complement, rather than substitute, each other.

There is a growing trend globally to invest in ways that are ethical, environmentally sound and sustainable, as investors increasingly seek impact beyond pure financial return. A range of options are in use today and growing in popularity both internationally and locally.

One suggestion that is often tabled in Aotearoa New Zealand is for the ETS to be further reformed to favour natives. Others and I, including the Aotearoa Circle’s Biodiversity Domain working group, are of the view that the ETS needs to function, first and foremost, as a carbon market. There are certainly opportunities within the ETS to better support native trees – as explored in The Aotearoa Circle’s report Native Forests: Resetting the Balance – but for it to act as a market for any other environmental benefit would divert it from its initial purpose and alignment with international schemes. 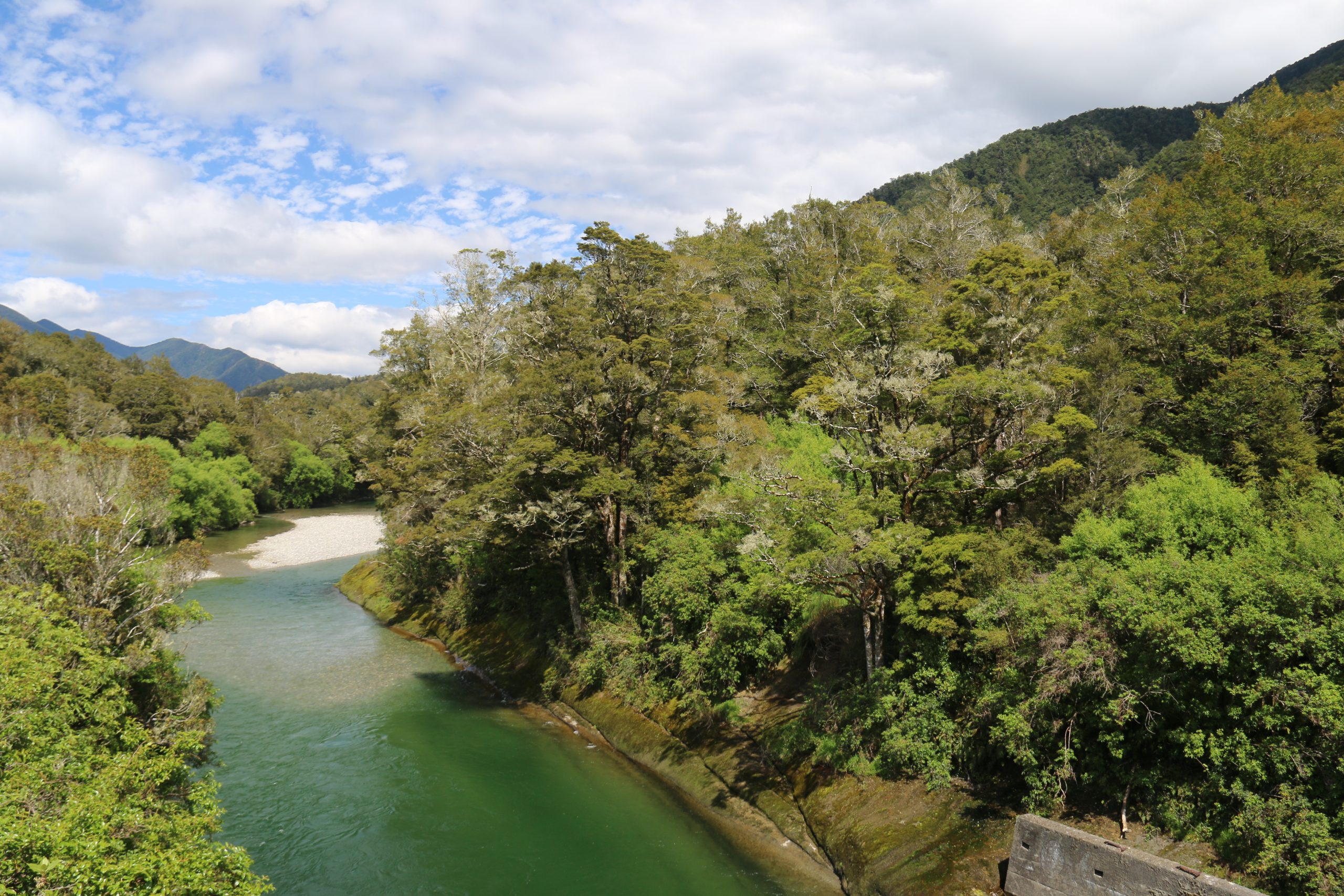 Below I explore four key financial instruments that could be leveraged to drive greater investment in natives: green bonds, sustainability linked loans, green funds, and biodiversity credits or certificates. I briefly describe:

Green bonds are a well-established financial instrument with popularity and use growing both worldwide and within New Zealand. The key difference between a traditional bond and a green bond is that a green bond is issued for the purpose of funding a project or investment which drives a defined environmental benefit. Internationally, green bonds are predominantly used for funding ‘green infrastructure’ such as energy efficient or green star rated buildings or  infrastructure for the generation of renewable energy.

New Zealand’s nascent green bond market is following a similar pattern with issuers such as Auckland Council, Argosy Property and Contact Energy issuing bonds to refinance electric trains and cycleways, fund the construction of certified green buildings and establish renewable power generating assets. The issue of a green bond for the purpose of establishing or regenerating natives forests would work in the same way. The bond would be issued to fund the seedlings, labour and maintenance of the forest and the issuer would need to evidence the positive environmental impact of the forest to bond holders. Throughout the life of the bond, issuers would be expected to validate the credibility of those impacts by getting independent assurance or verification of performance, an evaluation or credit rating from a ratings agency, or formal certification from external parties such as the Climate Bonds Initiative.

A sustainability linked loan is a loan where the interest charged to the borrower is determined by the borrower’s performance against defined Environmental Social and Governance (ESG) metrics. Generally, the borrower will benefit from lower interest rates if its performance in the given metric(s) meets an agreed threshold, which financially incentivises the borrower to stick to their sustainability commitments. Synlait and Contact Energy have each secured significant loans from ANZ and Westpac respectively, both tied to ESG performance. In Synlait’s case, a discount or premium will be applied to the base lending margin based on an annual measurement of the company’s exposure to financially material ESG risks. Contact Energy’s loan is similar, where a discount or premium will apply depending on the company’s ability to meet a series of ambitious ESG targets across its climate strategy, electricity generation mix, corporate governance and stakeholder engagement. As lending institutions seek to de-risk their loan books with environmentally and socially positive assets, there is an opportunity to link loans to performance metrics such as biodiversity measures, erosion management and pest management, in support of native afforestation.

Green funds are becoming increasingly common as investors demand that fund managers consider environmental factors in their investment decisions. Many funds are moving from negative screening (divesting in or avoiding investment in identified activities such as fossil fuel extraction) to positive screening and impact investing (investing with a purpose and intent to deliver positive outcomes). A prominent green fund manager is New Zealand Green Investment Finance (NZGIF). NZGIF is a Crown-owned investment bank established to accelerate investment that reduces greenhouse gas emissions. NZGIF invests in projects that reduce New Zealand’s greenhouse gas emissions including investments in transport, process heat, agriculture and the built environment. Green funds present an opportunity to further leverage the collective power of a group of investors to support investment across a range of native forestry projects.

A key consideration of the three financial instruments described above is what ultimately constitutes an acceptable financial return for the investor or lender. For each option to work,      investors need to recognise the value above and beyond financial return. Native forests provide significant environmental, social and economic benefits, and investors are increasingly recognising the benefits of natural capital as a legitimate return on investment. Organisations such as local councils and the Department of Conservation who already have a mandate to regenerate biodiversity, may be interested in issuing a green bond or entering into a sustainability linked loan as a way to access alternative forms of capital linked to positive environmental outcomes. Other investors will be interested in forestry assets because of the non-financial value they provide and are therefore willing to accept a lower financial return.

Revenue or funding gained from sources such as mānuka honey production, sustainable logging, recreational use of forests, financial incentives for other ecosystem services (e.g. council grants for erosion mitigation) and biodiversity credits can also bridge this gap.

The ETS provides New Zealand with an effective way of monetising the environmental benefit of trees sequestering carbon from our atmosphere. New Zealand Units (NZUs) are issued for each tonne of carbon sequestered and can be traded on domestic carbon markets. NZUs are then ultimately surrendered to the Government in order to meet compliance obligations. What if the owners of natural capital could monetise other environmental, social and cultural benefits such as conservation, recreation, erosion regulation and flood management in a similar way? Several organisations in New Zealand are already exploring this concept and there is significant demand globally for climate positive carbon certificates to drive impacts beyond mitigating climate change.

A biodiversity credit or certificate could be leveraged as an earnable, tradable commodity that represents a return on investment from native forestry projects. The credit would hold value on a pay-for-performance – or ‘pay-for-biodiversity’ – basis and could be traded on an open or closed market. In this scenario, the ‘supplier’ of the credit is anyone wanting to plant natives for the purpose of generating carbon credits in the longer term, but is able to fund the upfront investment in native trees with the cash flow generated in the sale of biodiversity credits. The credit ‘buyer’ is anyone incentivised to support the enhancement of New Zealand’s biodiversity and the other environmental and social benefits this provides. For example, corporates wishing to signal to the market that they care about our environment, organisations charged with native regeneration such as Predator Free NZ or parties with a legal requirement to deliver biodiversity outcomes (something which could be explored under the eventual Resource Management Act replacement). Concept designs for these credits include suggestions of capturing increasing amounts of data about the broader biodiversity and environmental impacts of the forests from which the credits are generated. The idea being that credits with greater amounts of data and quantified ecosystem benefits would attract a premium. 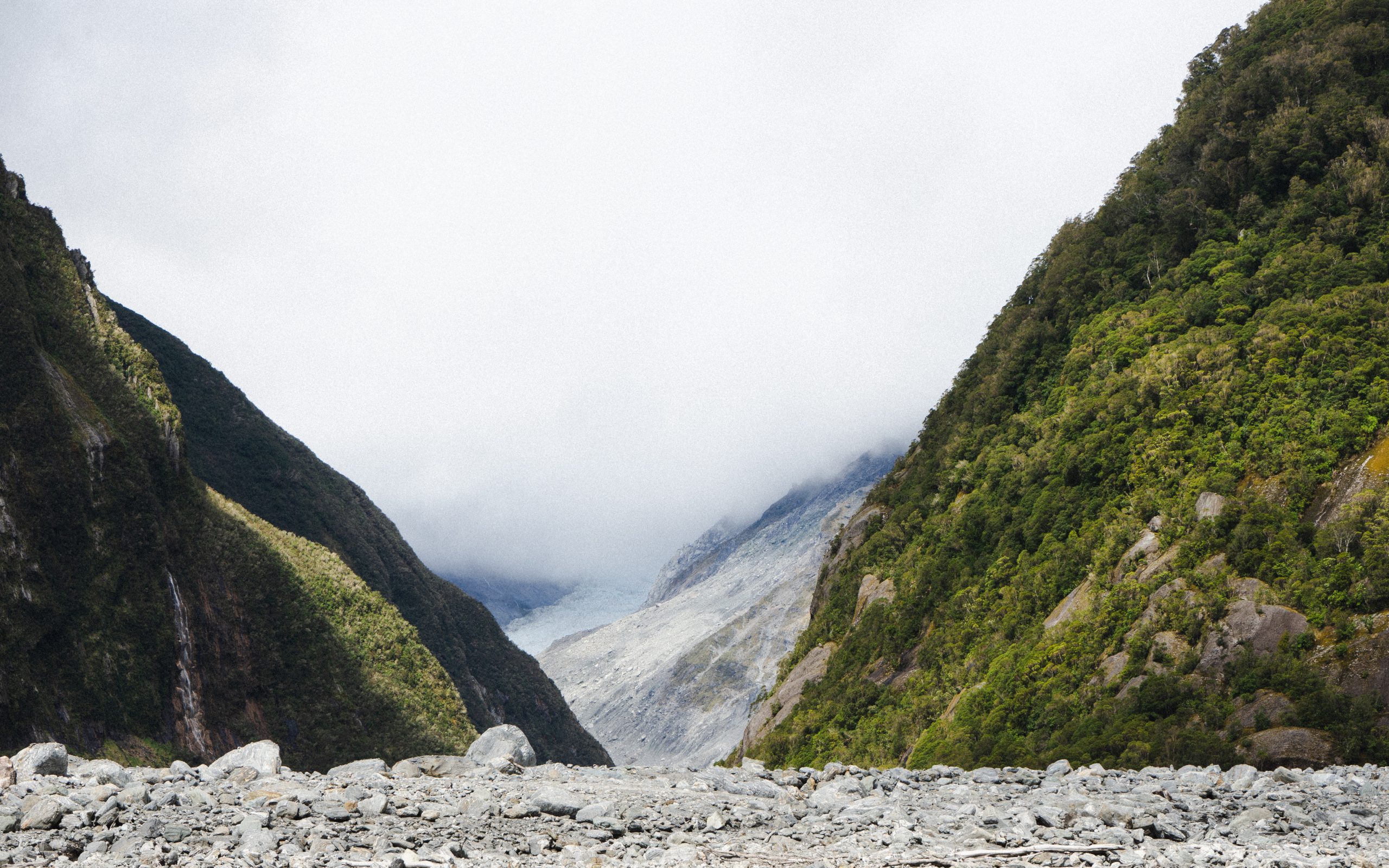 There is significant momentum building around sustainable financial instruments in New Zealand, and an increasing focus on initiatives to support native biodiversity, coupled with the critical issue of our continuing biodiversity loss, suggests wider acceptance and implementation of these solutions is urgently needed. The challenge will lie in a market-wide mindset shift in which the generally accepted definition of return on investment moves to one that incorporates value beyond financial return. Only then will these instruments be able to drive native afforestation at scale.

Financial institutions are now increasingly acknowledging the role they must play in transitioning towards net zero carbon by 2050. These sustainable financial instruments and some that are yet to evolve, present an opportunity to support investors looking beyond carbon to true climate and nature positive change. The key is not to choose a winner among them but to leverage each of them in the contexts in which they make the most sense and can have the greatest impact. Some will allow larger actors to make a significant impact on their own (e.g. green bonds), while others support collective action (e.g. green funds).  Some create additional markets of interest not only for those who wish to directly invest in a project, but also who may have an interest in the value of the instruments or credits themselves, once generated. While the use of these financial instruments in New Zealand is in its infancy, it is time for investors, the market and financial institutions to get on board and bring these into the mainstream by showing the leadership and appetite to make the necessary values based decisions around financial value and impact.