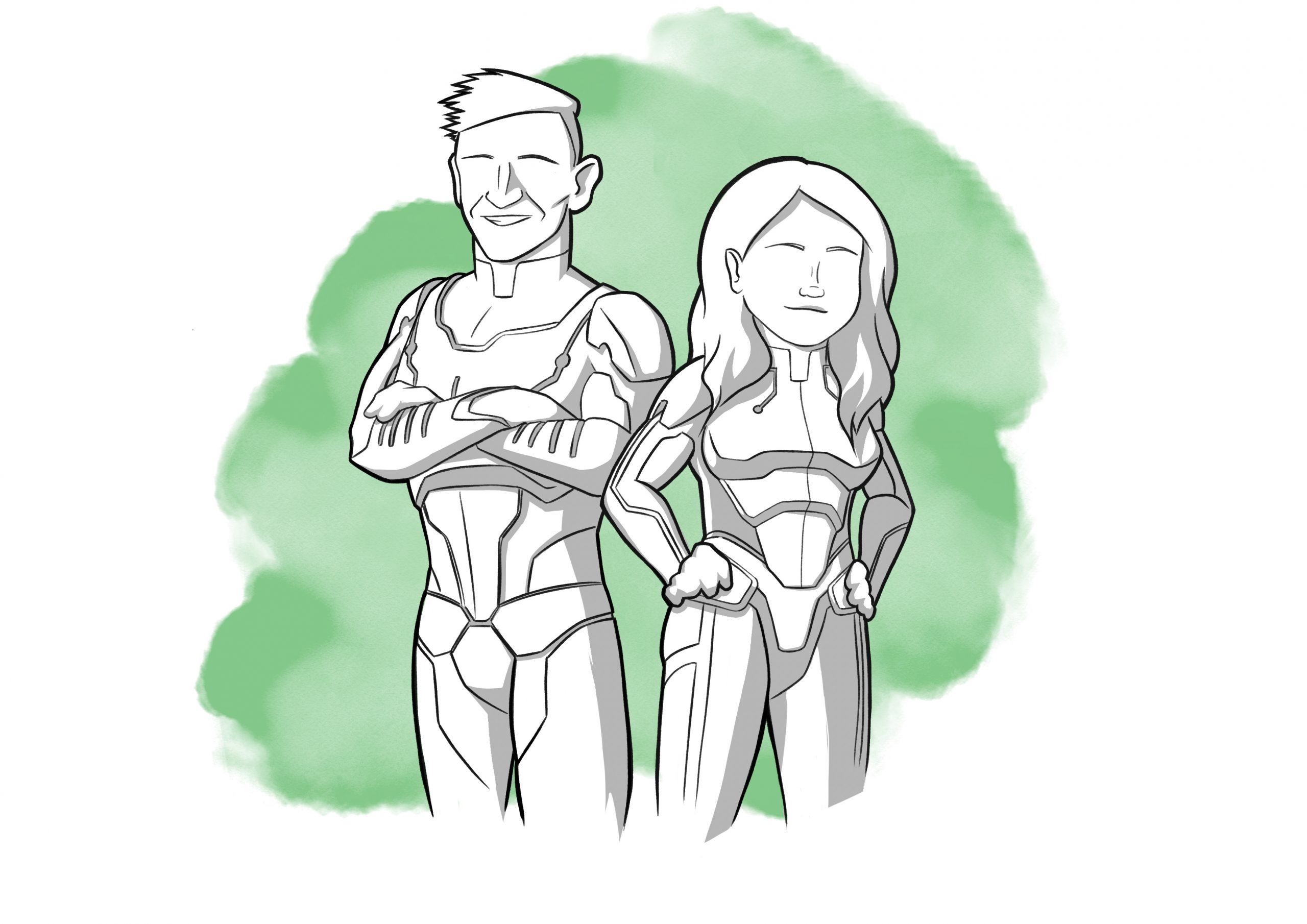 How will New Zealand look in 100 years, and what will its citizens value most? New Zealand’s future foresters envisage a country ranked #1 in the world for personal well-being, where the divide between farming and forestry has gone, everything is made of wood, cryptocurrencies have ousted the dollar, and sustainability is a salary – thanks to the foresight of today’s younger generation of land guardians or kaitiaki.

They learned from the successful eradication of the COVID-19 outbreak of 2020; after which New Zealand became known as the world’s ‘blue-sky thinker’. They learned New Zealand can be a leader. New Zealand learned the importance of science-based approaches to solving problems, finding opportunities, and shaping policy.

It all started with long-term thinking; what will the world look like in 100 years? What will New Zealand look like? 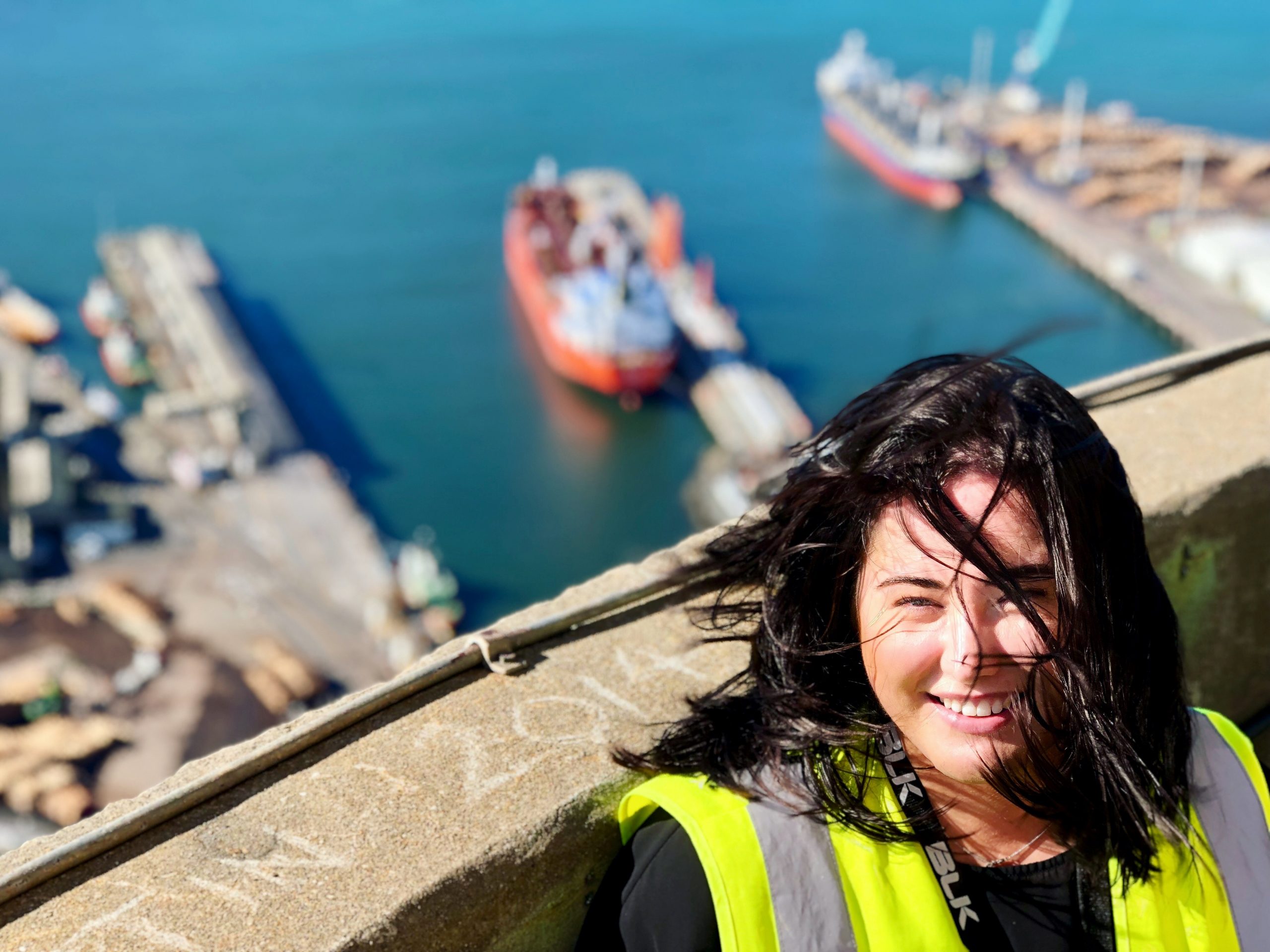 Driven by data, they worked with scientists and industry. The warning signs were flashing; they predicted the increased number of major extreme climate events and that the largest, most devastating wildfires were still to come, and they could see the dangerous topsoil erosion happening globally. The world needed help and New Zealand began to pave the way to discovering the green cure. They couldn’t have known about the great global fresh water and clean air shortage. They couldn’t have known how much this would influence public health; with pandemics becoming more frequent, other parts of the world have lost count of their COVID numeral.

They dissolved the boundaries between primary sectors. Agriculture and forestry united together as a joint front on climate change called Te Tiakanga o te Whakatupu.

”There is no longer such a thing as foresters or farmers; all now simply recognised as kaitiaki of this beautiful land. 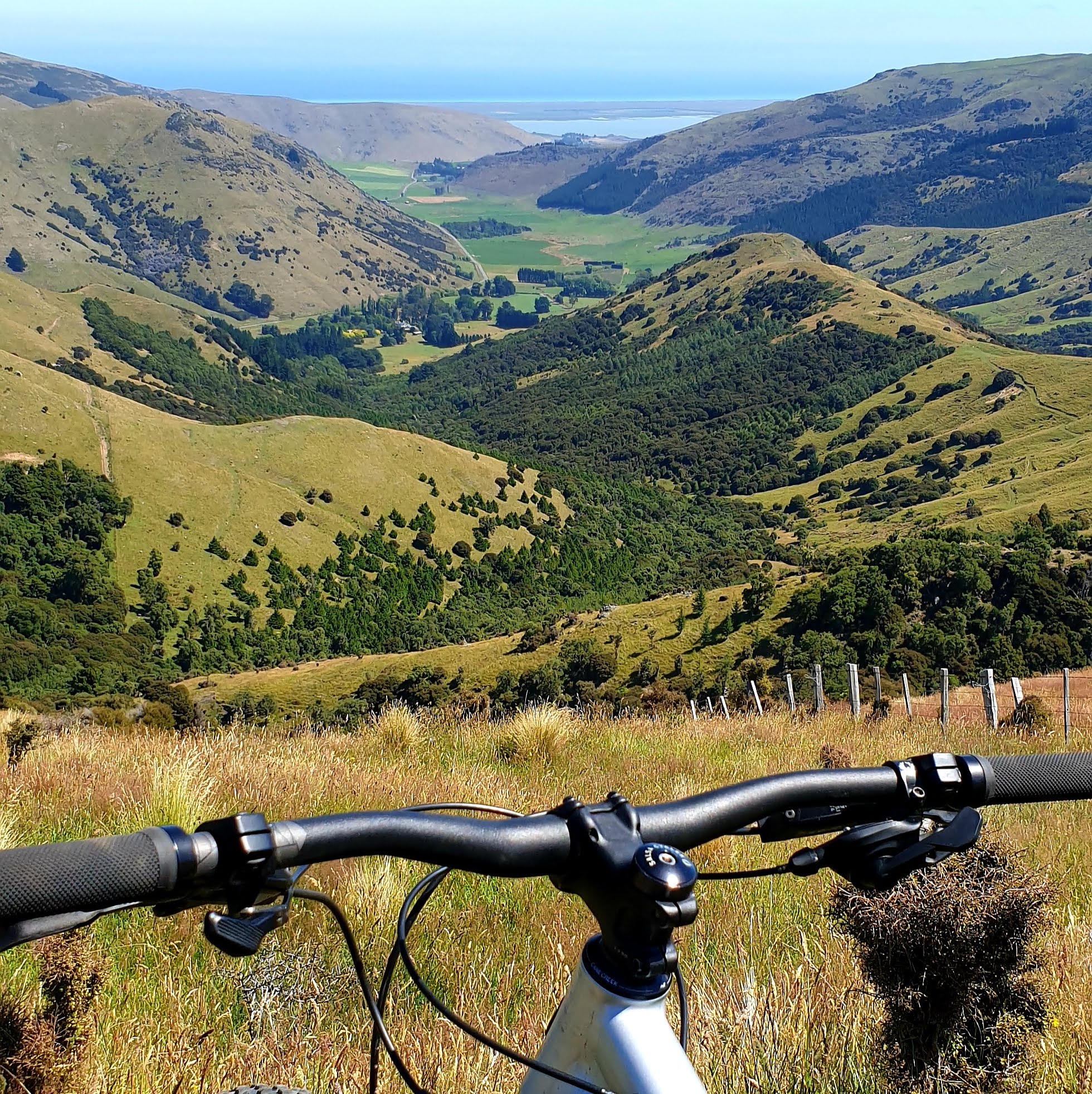 They focused on New Zealand’s indigenous forest resources. Expanding current forests, creating permanent forests and most importantly diversifying our forest species. They prioritised eco-sourcing seeds and planting native species; they made sure forest planting showed respect to the manawhenua and incorporated community desires. Smaller rural communities flourished as their expanded forest areas became a highly sought-after visual commodity. By integrating forests on a landscape level, by working with the existing land use, New Zealanders created benefits to be shared between all neighbouring land uses. Forests were expanded in areas that focus on non-forest benefits; these forests are areas for all New Zealanders to enjoy. Within the trees, there are unlimited opportunities for relaxation and recreation.

Back in 2052, the first merged consciousness was successfully downloaded as a human symbiosis with artificial intelligence, known as Ashford-Loo. Famously, Ashford-Loo quantified the link between exposure to rich biodiversity and healthy green spaces with long life spans, increased mental health, strengthened immune systems and overall Hauora. This discovery led to the United Nations and the World Health Organisation to create a global, green wellbeing standard for all humans. Overnight our clean, green New Zealand became the world’s #1 treatment.

Now in 2121, New Zealand is tree-loving heaven. We are not only ranked #1 for rugby, sailing, and Olympic surfing, but we have also ranked #1 globally for personal wellbeing for over 60 years running. This ranking is 100% related to the trees and the forests we grow. New Zealand, once again, is now regarded as the most beautiful place on earth; we have long been pest-free and people pay a fee to log in to virtually experience the grandeur of our birdsong chorus. 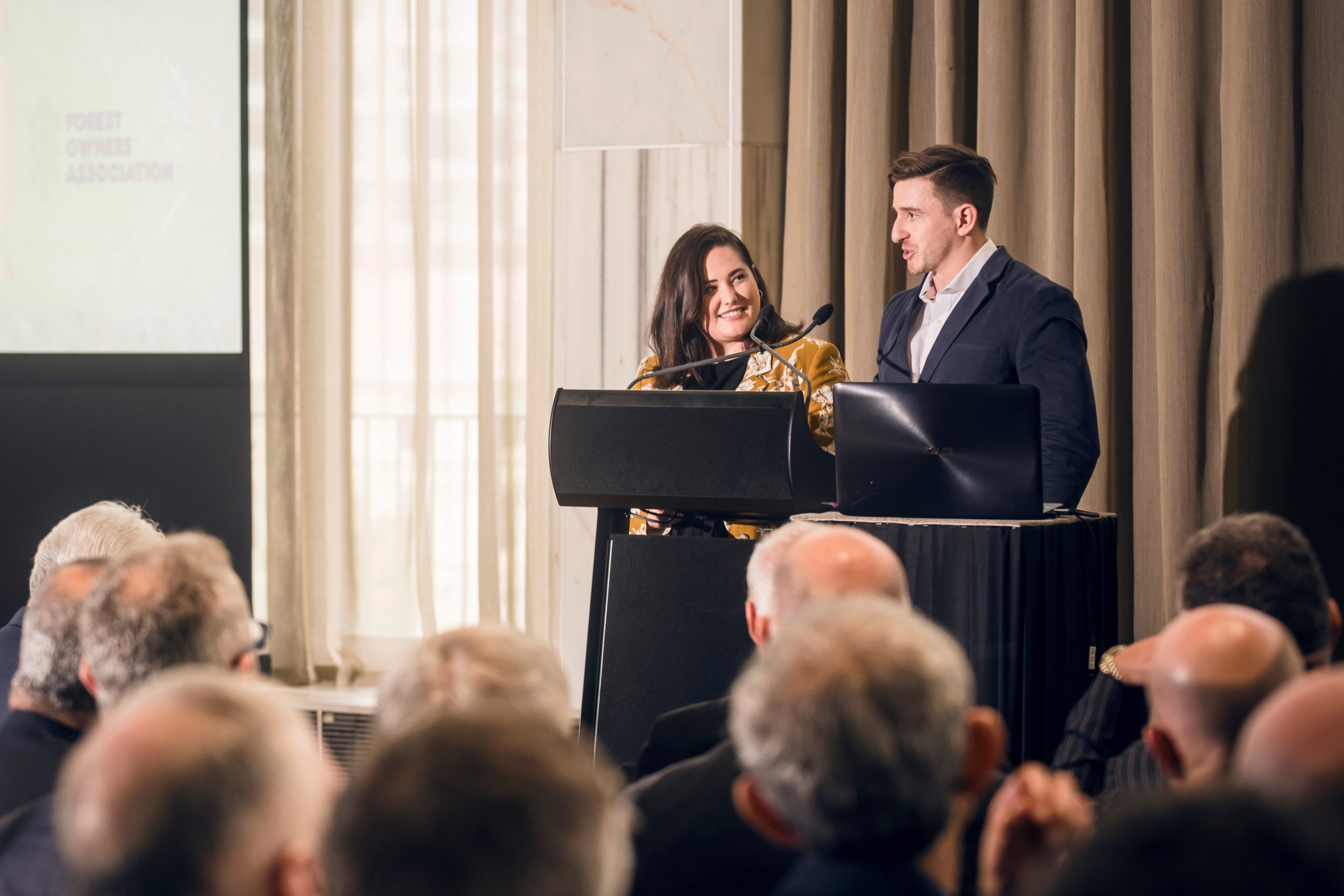 The world has united in the use of cryptocurrencies: there is no foreign exchange risk and no uncertainty in the value of a dollar. This change brought about a globally recognised and valued green cryptocurrency, invented in New Zealand called the ‘Kākāriki’. This green dollar rewards all land guardians who ensure more and more environmental protection is occurring.

The land is more valuable than anything and the people with trees are considered ‘green billionaires’. People realised they didn’t want to live in cities and didn’t need to spend their life’s earnings on a small cube in downtown Seymore-Ville (formerly Remuera). The Kiwi-dream is now to ditch the traffic jam and migrate from the cities to become a land guardian. People realise that the land that surrounds us can provide food, fodder and an opportunity to offset the residual carbon emissions from their grandparents.

Everything is now made from wood. These woody products are sourced from our New Zealand forests; a never-ending system of continuous cover forestry that provides woody biomass for us and our future generations. Housing continues to transform from the grey steel and concrete jungle of the past; the rich, golden syrup tones of totara, matai and rimu homes pepper the landscape. New Zealand has been smoke-free for over 80 years, plastic is illegal, fossil fuels are gone, electric self-driving vehicles rule our roads and zero-emission boilers fuel our circular bioeconomy. Our tourism thrives as electric planes deliver tourists; arrival taxes reflect New Zealand’s values and each tourist must plant a tree, protect a waterway or undertake an action that results in a cleaner greener New Zealand.

In 2121 sustainability is a salary and the land guardians are rewarded for the positive externalities they provide. For years forests were considered nothing more than an off-setting source for emitters and polluters, however, now through widespread societal recognition, the industry of sustainability no longer offsets but exists to undo the damage of our past generations. The industry of sustainability is a leader in new job creation enabling diverse economic opportunities. 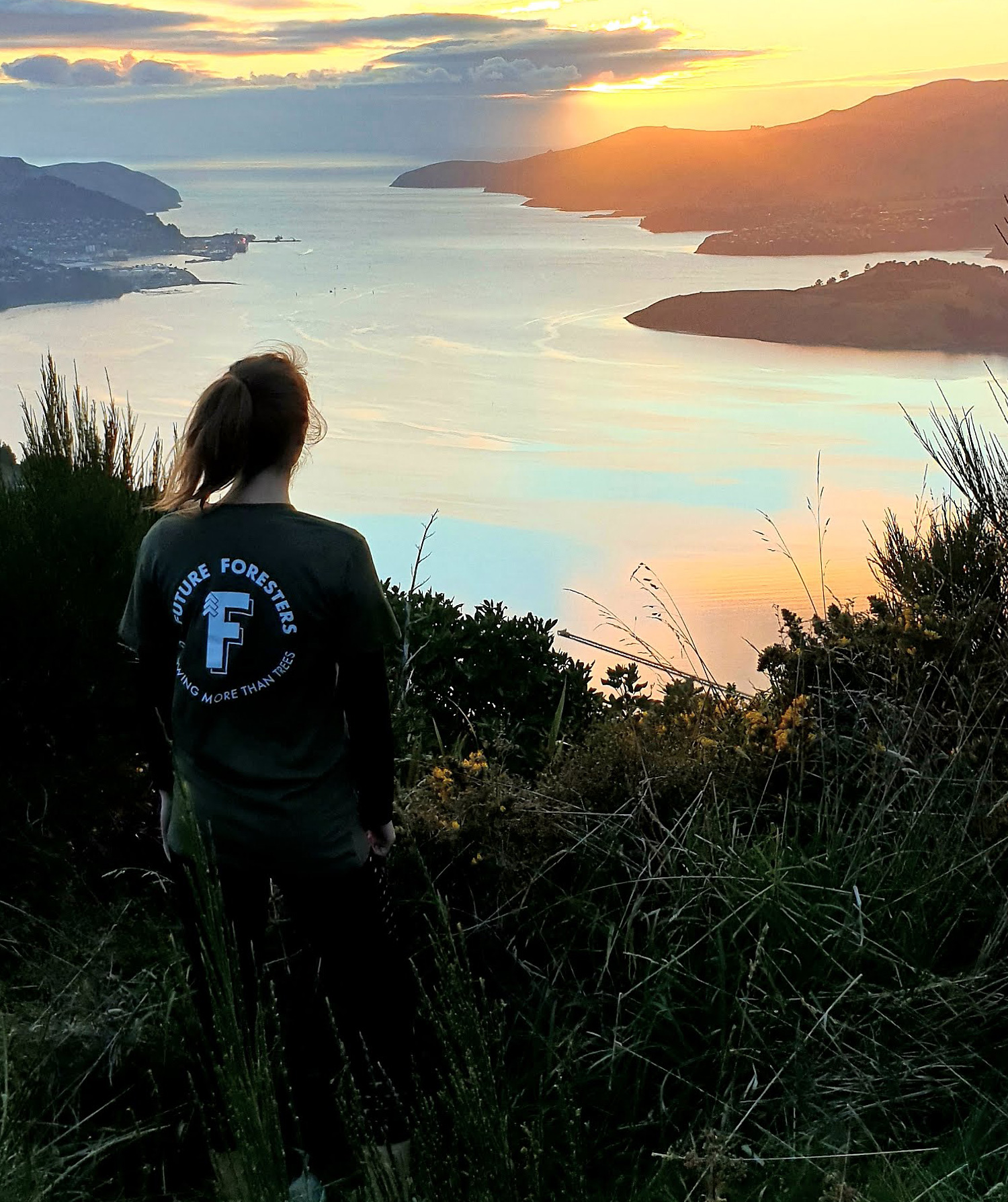 Land use no longer prioritises profits in the historical sense. Returns are now realised through environmental improvements, cleaner air, even cleaner water, and a landscape that all Kiwis admire. Many of those original tree-huggers or eco-warriors are now among the rich-listers. People invest for dividends of improved wellbeing as opposed to the singular financial driver of the olden days and returns on all investments are reported in both financial and wellbeing terms. This wealth is being redistributed straight back into NZ’s environmental ecosystem; investment in the environment is internationally recognized as the best option for ethical wealth creation for others.

Te Tiakanga o te Whakatupu is taught in all schools. Before math or chemistry, we must learn to look after the land, so she looks after us. All children are taught about the importance of soil conservation and water quality, creating a passion for the environment in these young, green leaders.

Through the last century, millions of these green leaders held New Zealand responsible to ensure we will always be a green nation. The force of our green revolution, driven by the millions of kaitiaki looking after their beautiful country.

Right now back in 2021, we are a long way from the green world of 2121. However, this transformation is gaining momentum and is being driven forward by our future generations, our future kaitiaki. As the next generation of kaitiaki come along they will act with the following words resonating in their minds….