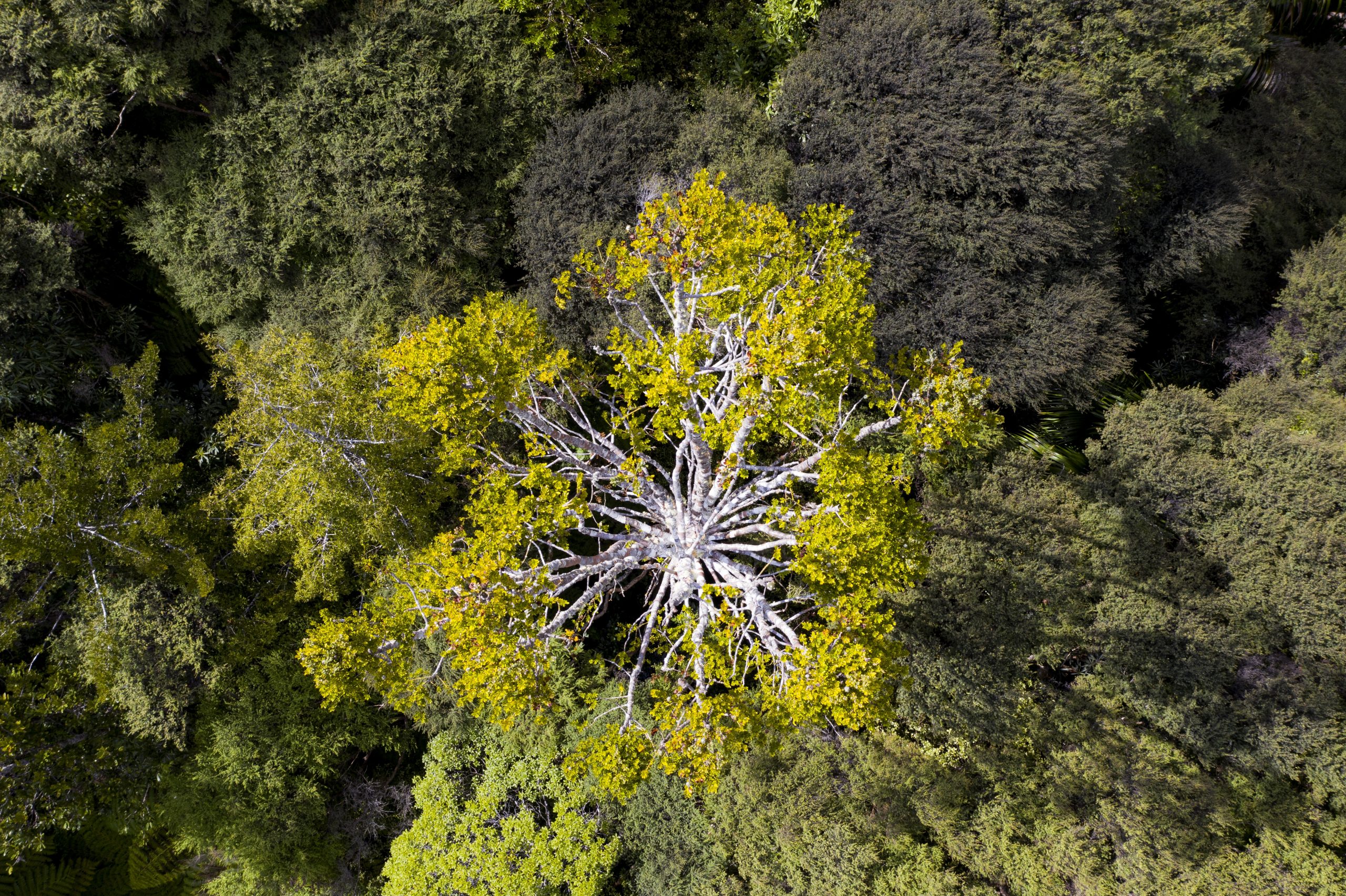 New Zealand has probably the best biosecurity system in the world, but there is little investment in protecting native forests from pest and pathogen incursions. Recent highly damaging incursions such as kauri dieback and myrtle rust have shown our native species may be less resilient than was once thought. Sophisticated science and technology is routinely applied to protect New Zealand’s crops, orchards and plantation forests; native forests must be included in future.

Is it safe, from a biosecurity perspective, to grow native trees in a plantation system and what steps do we need to take to ensure greater confidence in our biosecurity system? This paper briefly explores these questions and looks at New Zealand’s biosecurity system in the context of increasing biosecurity risk.

What is biosecurity risk and why is it increasing?

Biosecurity, as defined in the NZ Biosecurity Act, is the “exclusion, eradication or management of pests and diseases that pose a risk to the economy, environment, cultural and social values, including human health”.

The purpose of New Zealand’s biosecurity system is to protect our way of life, our natural and productive resources and our biodiversity from the harmful effects of pests and diseases.

Biosecurity risk is increasing as evidenced by greater numbers of established exotic organisms in forests worldwide and urgent calls to invest more in biosecurity systems . Risks are increasing because of the expansion of trade and travel and also because pests and pathogens are constantly moving closer to New Zealand and virtually knocking on our border walls, as exemplified by the threat of the brown marmorated stinkbug. 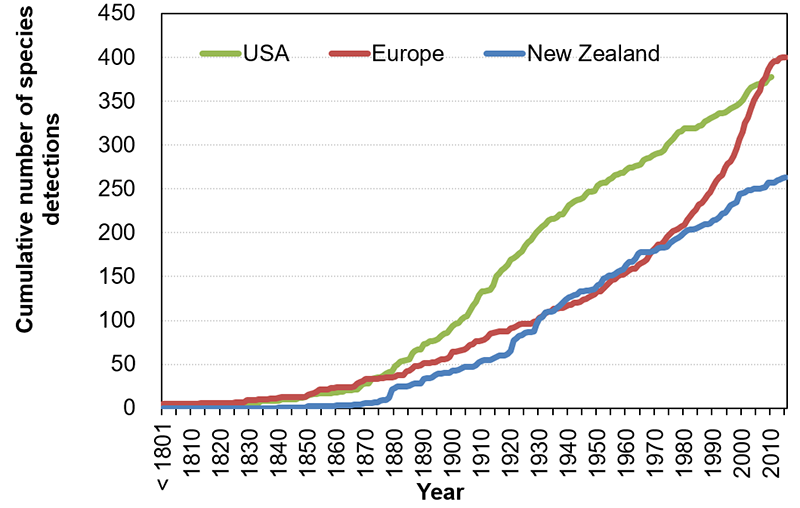 It is not only insects that pose an increasing threat to NZ but pathogens as well. Top amongst the threats are Phytophthora species, many of which are already established in Aotearoa and cause considerable damage to our natural and productive environments, while others, such as P. ramorum, threaten our border and could potentially cause even greater destruction.

How does NZ manage biosecurity risk?

We do very little to specifically protect our native tree species and forests from invading insect pests and pathogens. Most of our effort is focused at protecting the productive sectors. We know very little about the pathogens currently living in our forests and we know even less about the natural resilience mechanisms at play in our native forests.

New Zealand’s biosecurity system is possibly the best in the world but it is by no means perfect. Pests and pathogens still break through the border defence and some even blow across from Australia. Myrtle rust (Austro puccinia) is a good example of a wind-borne pathogen. It was identified as a threat to New Zealand’s Myrtaceae approximately seven years before disease symptoms appeared in a Northland nursery in 2017.  Despite knowing it was coming and warnings from Australia on the mistakes they made in dealing with the disease, relatively little was done to prepare for the pathogen’s inevitable arrival compared to efforts to protect the country’s pine forests. The rust currently threatens many NZ myrtle species and is considered a portent of the potential arrival of more serious pathogens of myrtle including the South American strain of myrtle rust and the Hawaiian species of Ceratocystis that cause Rapid Ōhiʻa Death  in Hawaii. In the case of the Ceratocystis species, the kiwi fruit industry is also interested as it may be a threat to them. This should ensure greater readiness effort than was the case for myrtle rust.

A forthcoming review of plant biosecurity science capability in New Zealand by Dyck and Hickling finds that our capability is good in some areas, patchy in others, and when it comes to looking out for our natural estate not really very good at all.

We have excellent surveillance and response systems in place for unwanted fruit flies, and to date we have been successful in eradicating those that have arrived and temporarily established. Our system has been gearing up for the potential establishment of brown marmorated stink bug (BMSB) and other major threats, many of which would be a problem to native species as well as to productive system ones. Plantation forestry too has systems in place to enable early detection and possibly eradication of serious threats.

There are many emerging risks in the world that may be a threat to our native tree species, yet we don’t have a good understanding as to what these are, which are the priority threats, or what we could do to prevent them establishing. Unlike the productive sectors there is no active searching for emerging threats and it is often only when a pest or a pathogen is also a threat to a productive plant that anything happens.

Twenty years ago, there was a belief that New Zealand’s native forests were relatively immune to exotic pathogen attack, particularly from pathogens that didn’t evolve in Gondwana forests. It was also conventional thinking that because pathogens co-evolve with their host that most pathogens are limited to a small group of closely related host species. If there was a host jump it would be only a short taxonomic distance and generally confined to a single genus or family. Similar thinking applied to insect pests. 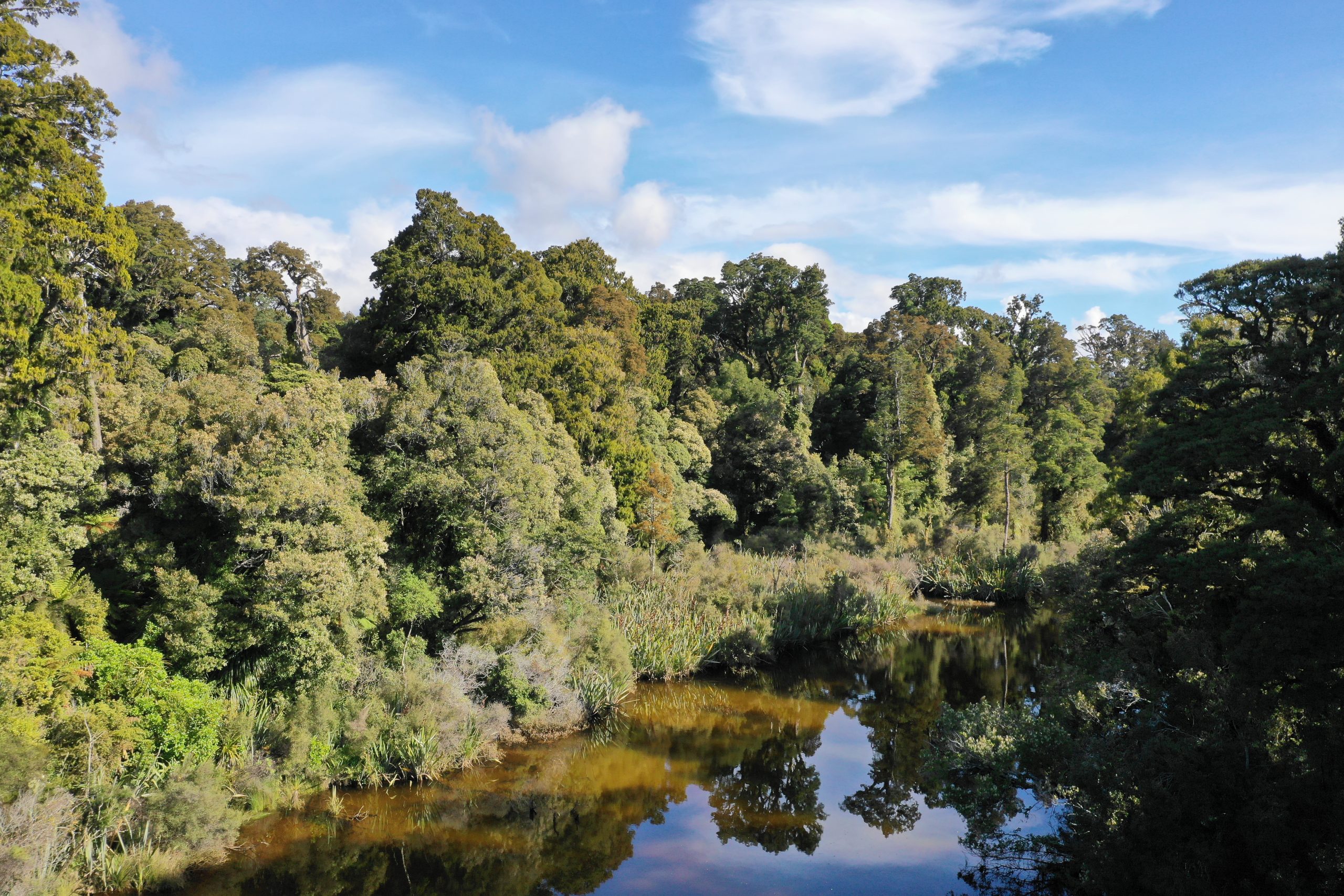 We are now much more aware that some pathogens, and particularly some Phytophthora species are very adaptable and pathogens such as P. ramorum and P. kernoviae, can negatively impact a wide range of plant families of both conifers and angiosperms. P. kernoviae is thought to be native to New Zealand and it causes considerable impact to our radiata pine forests.

Is species diversity or greater biodiversity necessarily better for improved resistance and resilience to biosecurity threats?

Natural biodiversity certainly hasn’t helped our kauri forest survive attack from a Phytophthora species first discovered in the early 1970s on Great Barrier Island Aotea. High biodiversity also didn’t protect the extensive and very biologically diverse Jarrah forest of Western Australia experiencing severe dieback, again caused by a Phytophthora pathogen. More than 40 percent of Western Australia’s native plants are susceptible to the pathogen P. cinnamomi. This pathogen is also now present in New Zealand where it causes serious disease problems in avocado orchards, but as yet rather unknown impacts in our native estate. The impact of the pathogen on native ecosystems is often difficult to separate from the impact of drought, which has been reported to cause recent dieback observed in some New Zealand native forests.

We know relatively little about pathogens and disease in our native forests because no one is really looking. Decades ago there was extensive research on the insect pests of our native forests but pathogens have been relatively neglected. Hence, invasive pathogens such as Phytophthora agathidicida were not picked up until death of mature kauri trees was noticed by a perceptive mycologist (the late Ross Beever). And we have very limited knowledge as to what native pathogens exist in New Zealand although at least these have developed in evolutionary balance with their hosts (Dr Peter Buchanan Scientist, Manaaki Whenua Landcare Research pers comm.).

Which native tree species are least likely to be susceptible to biosecurity risk?

Twenty years ago many scientists would have said kauri was a good bet, but not today given the widespread destruction caused by kauri dieback. Totārā seems very resistant, although the species does experience occasional insect damage, but even this species has a ‘new’ Phytophthora associated with it. It is worth noting that this pathogen was detected by Brent Rogan of SPS Biota while conducting the plantation forest biosecurity surveillance. Virtually nothing is known about this pathogen at this stage other than it has been found in New Zealand on totārā and is new to science.

What do we need to do better?

Given the increasing biosecurity risk that New Zealand is facing, not only because of increased trade and travel into the country but also because pests and pathogens are getting closer to our borders, it is clear we need to do more to prevent unwanted organisms entering and establishing and causing damage. Our biosecurity systems have been reasonably effective up to now but we need to do things better and smarter if we are going to stay ahead. Certainly the border needs to remain as secure as possible. 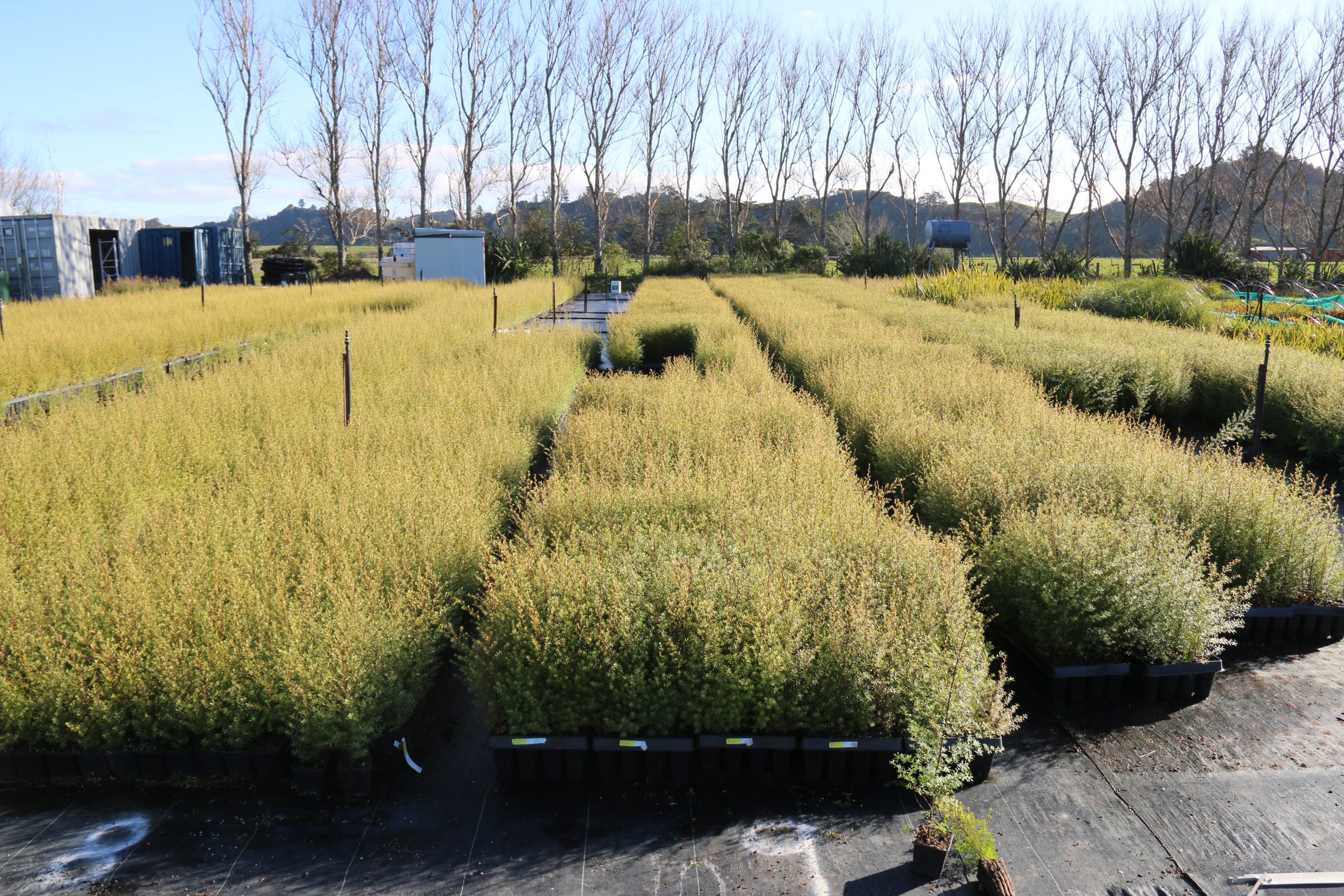 (i) remote sensing, and

Breakthroughs using remote sensing for the early detection of pests and disease symptoms have been promised for decades. However, it appears that developments in aerial platforms (satellites, UAVs etc), combined with sensor technologies (LiDAR, hyperspectral etc), and computing power (e.g., artificial intelligence) mean that it is becoming possible to detect infections before they are visible and even distinguish disease impacts from drought.

Such breakthroughs will be invaluable in disease management but ideally we want to know about the presence of an organism before it can establish.

MPI’s High Risk Site Assessment system focuses on pathways and likely points of organism entry, as does the forest industry’s biosecurity surveillance system. But, it is also important to know what is already present in the natural estate and likely spreading as this knowledge will help determine the logic in dealing with a new organism.

Clearly, if we don’t know what is already present we will not know if something is new and if eradication can potentially be successful.

Molecular tools, such as eDNA analysis, are successfully being used in aquatic environments for the early detection of unwanted organisms, and there are opportunities to extend this technology to monitor for airborne fungal spores. The same technology, but applied differently, can be used to collect baseline data of organisms currently present in ecosystems, such as is being tested in Hawaii for Ceratocystis spores.

It is not a matter of just doing things smarter to improve early detection of unwanted organisms and therefore provide better biosecurity protection for our native tree species and forest. We also need to rethink how we prioritise effort. Traditionally, and especially in the last few decades, the focus has been on protecting our productive systems and that is where most of our science effort has gone. Kauri dieback and now also myrtle rust has demonstrated major flaws in this approach. It is clear that native tree species are important to the public and especially to Māori, and that much more science is needed to understand what organisms are currently in our natural estate and what threats are emerging elsewhere.

New Zealand’s Department of Conservation needs to take the lead to ensure there is greater attention to the biosecurity of our natural estate as it has the statutory mandate to conserve our natural heritage. However, MPI is the lead for implementing the Biosecurity Act 1993, but DOC can get involved when a pest or pathogen affects their responsibilities. The Act is currently under review and a guiding principle in the terms of reference is to recognise and provide for the role of tangata whenua as kaitiaki, and mātauranga Māori in the biosecurity system. A collaborative effort is required between all parties to ensure the Act is fit for purpose and protects our environment, cultural and social values as well as our economy. More investment is needed in science and technology to provide urgent surveillance of our natural estate and high risk points of entry to avoid the next kauri dieback.