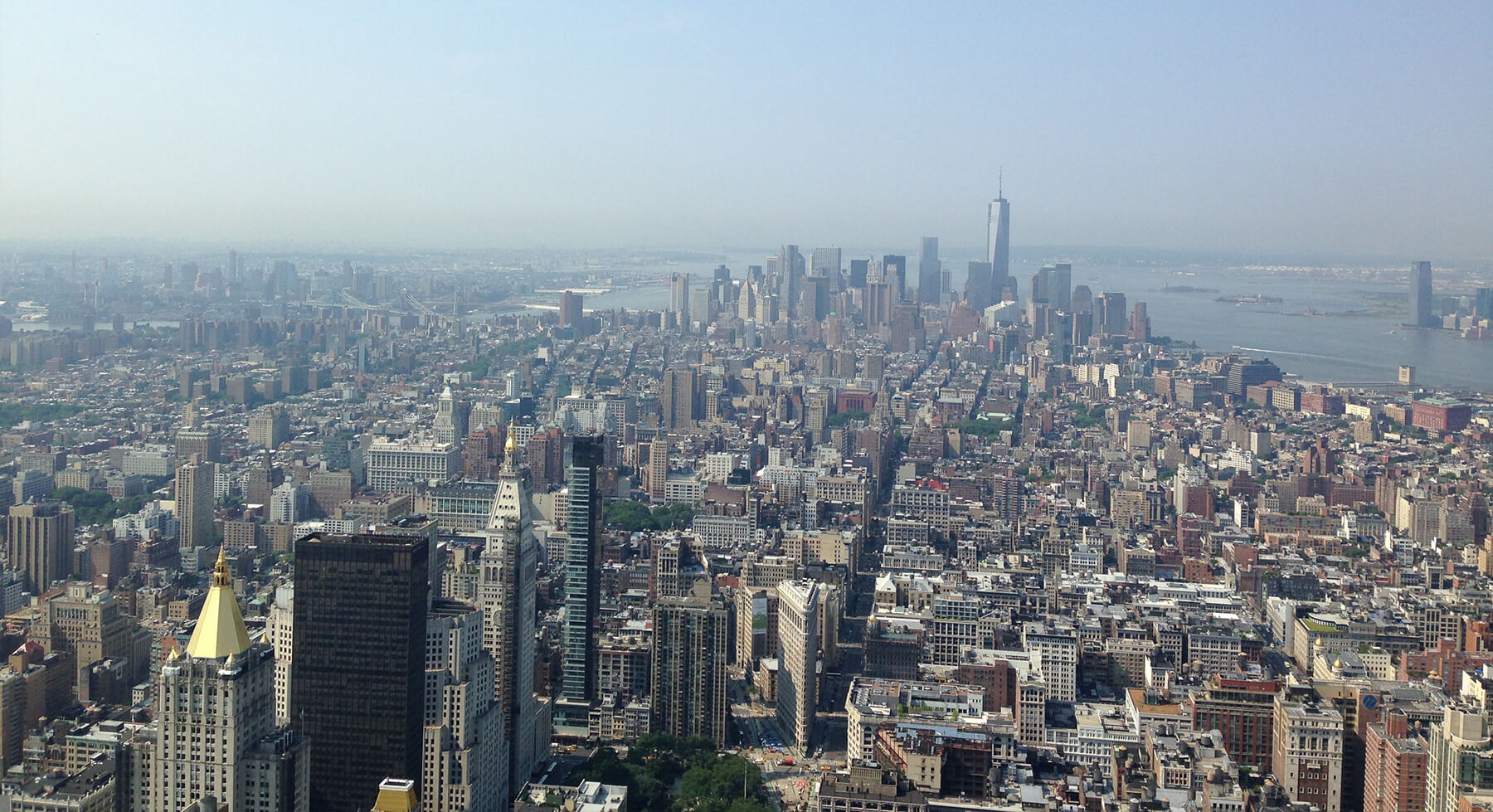 Moreover, because roughly half the world’s current human population resides on approximately US$2 a day, inevitable growth in material consumption is likely to have an even bigger impact than growth in population per se. For example, the increase in Chinese and Indian wealth relative to the USA between now and the mid-21st Century has been forecast to be between 200% to 300%. Compounding this relative increase is an absolute increase in wealth because the USA won’t be stagnating. This eruption in prosperity will far outweigh that in population and, ultimately, has the potential to be far more damaging to ecosystems.

What drives these “once-in-the human-species lifetime” changes are science and technology. The huge increase in human population has coincided with the advent of the industrial revolution – a euphemistic term for the realization of high density energy – and more recently with the discovery of antibiotics, pesticides and herbicides to control rampant pestilence and, yet more importantly, the Haber-Bosch process to fix atmospheric nitrogen in synthetic fertilizer and Borlag’s green revolution of plant varieties sufficiently precise to exploit this abundant nitrogen.

There is a tight correlation between application of synthetic nitrogen, availability of plants to maximize protein and carbohydrate production, and an explosion in human population. From the late 1940s humans have conspired to capture a growing proportion of this planet’s resources – be this land, freshwater, other minerals, energy or nutrients – at the expense of many other species. As of now, less than 5% of the biomass of large mammals is contained in species other than humans or their farmed (exploited) species and humans are continuing to appropriate more.

The combination of growth in human numbers and individual and societal material desire has already meant that humans have forced the planet into its sixth great mass extinction event, with the extinction rate now being c.1,000 times greater than the long-run background. A fast-growing contributor to extinctions is the now rapid warming of the planet’s atmosphere through accumulation of anthropogenically-driven greenhouse gases and water vapour. This has been compounded by the loss of ice mass in the Arctic that erstwhile reflected warming solar radiation back into space; the dark-coloured seas replacing the ice absorb rather than reflect that radiation.

It now seems inevitable that within 50 years the North Pole will have no ice remaining and the Artic “permafrost” will have, to a reasonably large extent, melted, respectively allowing Earth to absorb even more of the Sun’s warmth and releasing large volumes of trapped carbon as the potent methane greenhouse gas. These two events will increase the rate of warming considerably higher again. The planet is now almost certain to warm an average of 1.50C on present trends and it is increasingly likely that by 2,100 it will have warmed an average of between 2C to 3C per square metre of its surface – perhaps even more.

Earth won’t heat evenly, however. The seas will warm only slowly – they will acidify faster – but the centres of large landmasses like North America, Central Europe and Central Asia are forecast to warm considerably; by some calculations as much as an average 15C per square metre (with peak events higher again). It is unlikely that humanity will be able to grow its staple food crops in necessary volumes in such continents with heating of this amount, those necessary volumes having to feed 50% more people at that time than now. As continents heat so beaches and estuaries will retreat. At 1.50C warming, global sea level will rise by approximately one metre by 2,100. Greater warming will create seas that are metres higher than present, flooding the majority of large cities on the planet. 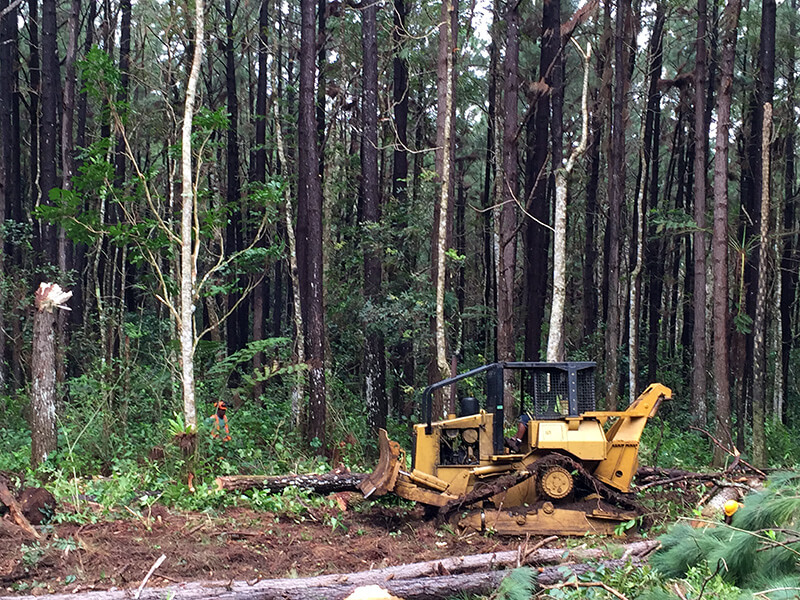 Science and technology are not going to get our species in its current state of evolution out of this. To start to put warming into reverse we need to remove more than the eight billion tonnes of carbon we release into the atmosphere each year. Put another way, we need to galvanize an effort annually greater than that of the extractive fossil fuel industries and more besides, and this effort will of itself consume significant energy. With or without the technology to do it (and we don’t have it now) it is highly unlikely to happen at the necessary scale and speed, just as net afforestation is not likely under current policy whilst we strive to feed ever more people and whilst the majority of those people demand with their rising wealth ever more ecologically-expensive lifestyles.

Argue as we might about whether the planet is warming and if it is “who” is to blame, what is inarguable should we care to examine, is the looming extinction of so many species, many of them iconic, and we lose 48ha of natural forest every minute. The accelerating loss of fellow species does not overly concern humanity. It concerns a relatively small minority of individuals, but far from enough to reverse that process. New Zealand itself is an exemplar, with resident humans having already sent its indigenous top terrestrial herbivores and carnivores to extinction.

The chances of reversing this great mass extinction are slim indeed when facing a 50% increase in human biomass, far more extractive and consumptive behaviours, rapid and severe global warming, acidification of the oceans and rising sea levels.

The planet doesn’t need saving. It never has and never will. It has seen far greater climatic extremes and has experienced far greater – and more abrupt – catastrophes. Being objective, other species don’t “need” saving either. About 99% of those multicellular species estimated to have ever existed are extinct. The churn is great and will continue to be so. From a purely selfish point of view, what does need saving is our civilization, something altogether more fragile. With the onslaught we face perhaps the best hope is for our species to evolve, rapidly.

This evolution will be from organic to synthetic life. Science and technology will make this possible. We are on the verge of it now and synthetic, artificially-intelligent life does not even need a manifest physical embodiment. Nor does it require 12 billion genetically diverse individuals to withstand the daily assault of continually mutating, pathogenic micro-organisms.

Evolution of highly-intelligent life from mass and energy (organic) to information and energy (synthetic) is likely to release very large volumes of resource back to the other species on Earth and, ultimately, over hundreds of thousands if not millions of years reverse the mass extinction. As for “us”, being essentially reduced to information and thus able to travel instantly at the speed of light will provide “us” a larger backyard, were “we” ever to need that. If in fact there is a “we”. There probably only ever needs to be just one artificial intelligence. And if so, perhaps that will be the end of “our” evolution.