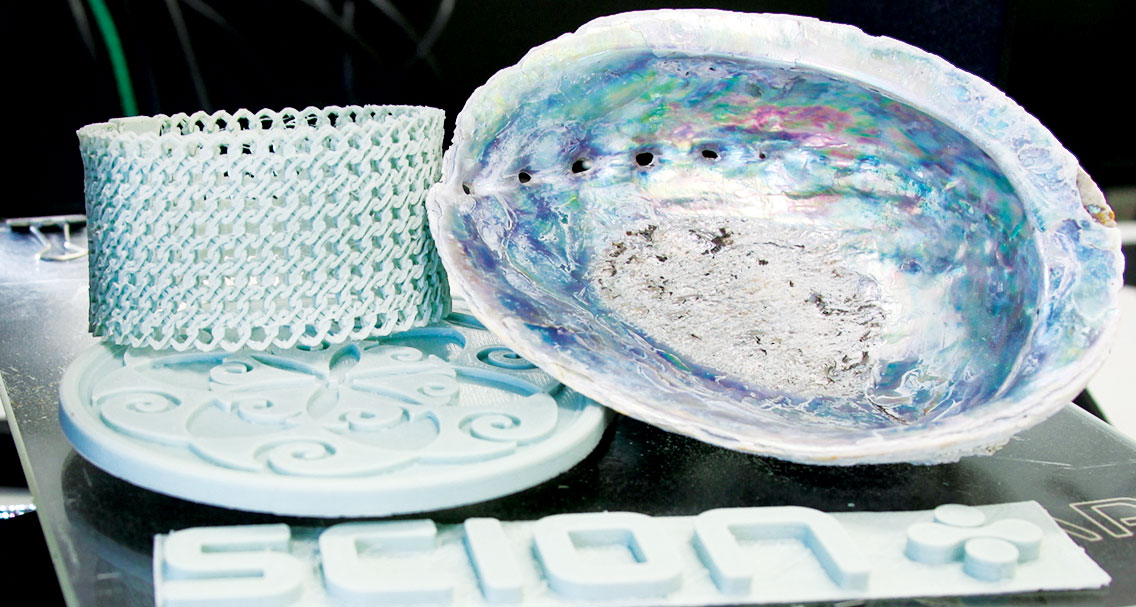 Cow poo, squashed grapes and smelly sea shells don’t sound quite as tasty as wine, cheese and seafood, but they may be just valuable.

With mankind using resources faster than they can be replaced we can’t afford to keep making stuff then throwing it away. One solution is to treat waste as a resource, one of the main principles behind the concept of circular economies. Bioeconomies, which utilise waste streams along with other renewable and sustainable sources of biomass to produce fuel, chemicals and other products, are one example of circularity.

Much of New Zealand’s wealth is generated by primary industries – sheep, beef and dairy, agriculture, aquaculture, horticulture and siliviculture. Producing and processing primary products generates biomass-rich side streams that are often considered waste and can be difficult to dispose of. However, applying circular (bio)economy thinking, the side streams are sources of carbon, nitrogen, phosphorus and other elements, simple organic chemicals, fibre, cellulose and other complex polymers, all of which have value.

Scientists at Scion are using their imagination and initiative to add value to primary industry’s secondary outputs. One option that is receiving a lot of attention is the use of natural materials to reinforce plastics. Fibres, including those left over from food or beverage processing, can give composite plastic materials new functionalities, such as increased elasticity and biodegradation rates, opening up the possibilities for new products and applications.

Wood and harakeke fibre-reinforced biocomposites are already well known, with some in commercial production. Other combinations of cellulose and residues from forestry, agriculture and horticulture etc. are possible: three of these are discussed here.

Grape marc, or pomace, is the fibrous mass left after grapes are pressed to make wine. The New Zealand grape harvest was 326,000 tonnes in 2015. With five tonnes of grapes producing one tonne of marc, the wine industry has to find ways to dispose of around 60,000 tonnes of marc. Marc is generally composted, but Scion has found an alternative use for this resource before it regenerates carbon back into the environment.

Introducing more sustainable practices is the goal of many wine makers to ensure the longevity of their industry. A local winemaker wants to replace the polystyrene clips used to secure the netting that protects the ripening grapes from birds with a biodegradable product. Millions of the clips are used every year. The current clips break when the nets are removed, and litter the ground, where they persist for years. 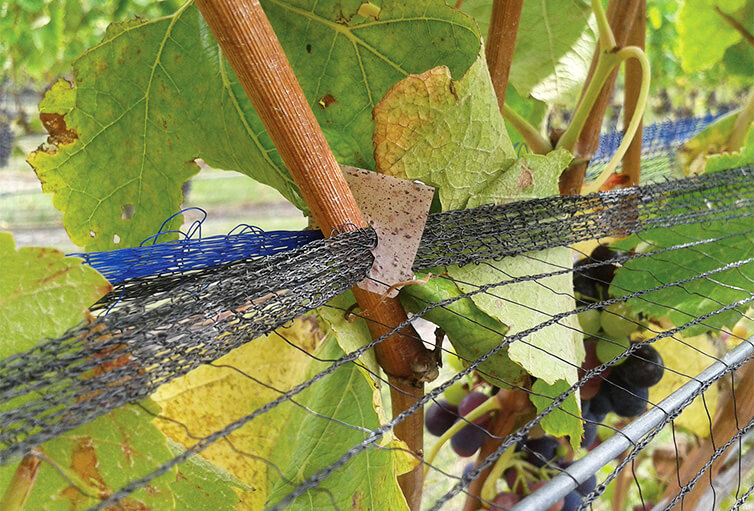 The response of Scion scientists was to make bio-clips from rigid films containing red grape marc and biodegradable polymers. The bio-clips are both stiffer and easier to break thanks to the fibre contributed by the grape skins. Four formulations were trialled at Villa Maria vineyards in Hawkes Bay before and during the 2016 harvest. None of the clips holding the nets failed prematurely and the clips were all brittle enough to break when the nets were removed. Now the biodegradation of the clips in the vineyard is being monitored.

Other applications for grape marc in biocomposites are being explored at Scion, such as spray guards to protect newly planted vines.

Dairy cows spend a lot of time in the milking shed and surrounds “depositing” 10-20% of their daily poo production there. An average herd of 420 cows leaves the farmer with more than 200 kg of solids and 20,000 L of effluent to deal with a day.

Managing and storing dairy farm effluent (DFE) is costly. Usually it is contained in ponds and treated. Some can be used as fertiliser, although this has to be carefully managed to avoid the contamination of waterways and ground water, and to preserve soil structure. As New Zealand’s dairy herd increases and farming becomes more intensive, the problem of managing and disposing of DFE is likely to worsen.

The national herd of just over five million milking cows in 2015 produced around 2,800 tonnes of DFE solids a day. Cellulosic fibres make up a high proportion of the solids. This waste product of milk production – biomass processed (digested) via cow – is a fibre resource according to circular economy thinking, which could potentially be added to biocomposites.

Unique combinations of DFE biomass and additives developed at Scion gives bioplastics that are both processable and have some advantageous mechanical properties. Polylactic acid (PLA)/DFE biocomposites weather more quickly and disintegrate faster than PLA alone.

Utilising DFE in bioplastics is a win-win solution. Raw material processing via cow is “free”, the supply is copious and continuous, a side stream that is expensive to make safe and dispose of has a value, the overall cost of the bioplastics becomes cheaper and carbon is returned to the soil. How DFE bioplastics could be used on dairy farms is being explored.

Paua (Haliotis iris) is valued by New Zealanders as a seafood and for its beautiful iridescent, blue, green and pink shell, which is widely used in arts and crafts.

Paua (abalone) is considered a delicacy in many countries, and it commands high prices. Paua exported from New Zealand is harvested from the wild and grown on aquaculture farms. The shells remain after processing. Where one shell is a beachcomber’s delight, and several thousand can become a tourist attraction like the Flutey house (ex Bluff, now in the Canterbury Museum), the tens of thousands of tonnes discarded by the paua export industry becomes a problem.

With most New Zealanders considering paua a treasure, paua processors are looking for ways to add value to the shells in New Zealand. Currently, shells are sold cheaply to off shore processors.

Materials scientists at Scion have been experimenting with adding ground shell (which is mostly calcium carbonate) to bioplastics to produce 3D printing filament stock. The initial work found that small flecks of iridescence could be seen in printed products. Now the project team is working to develop bioplastics that capture the iridescence and colour of the original paua shells. Scion is also working with local designers and manufacturers to develop products that exploit both paua shell and the possibilities of 3D printing.