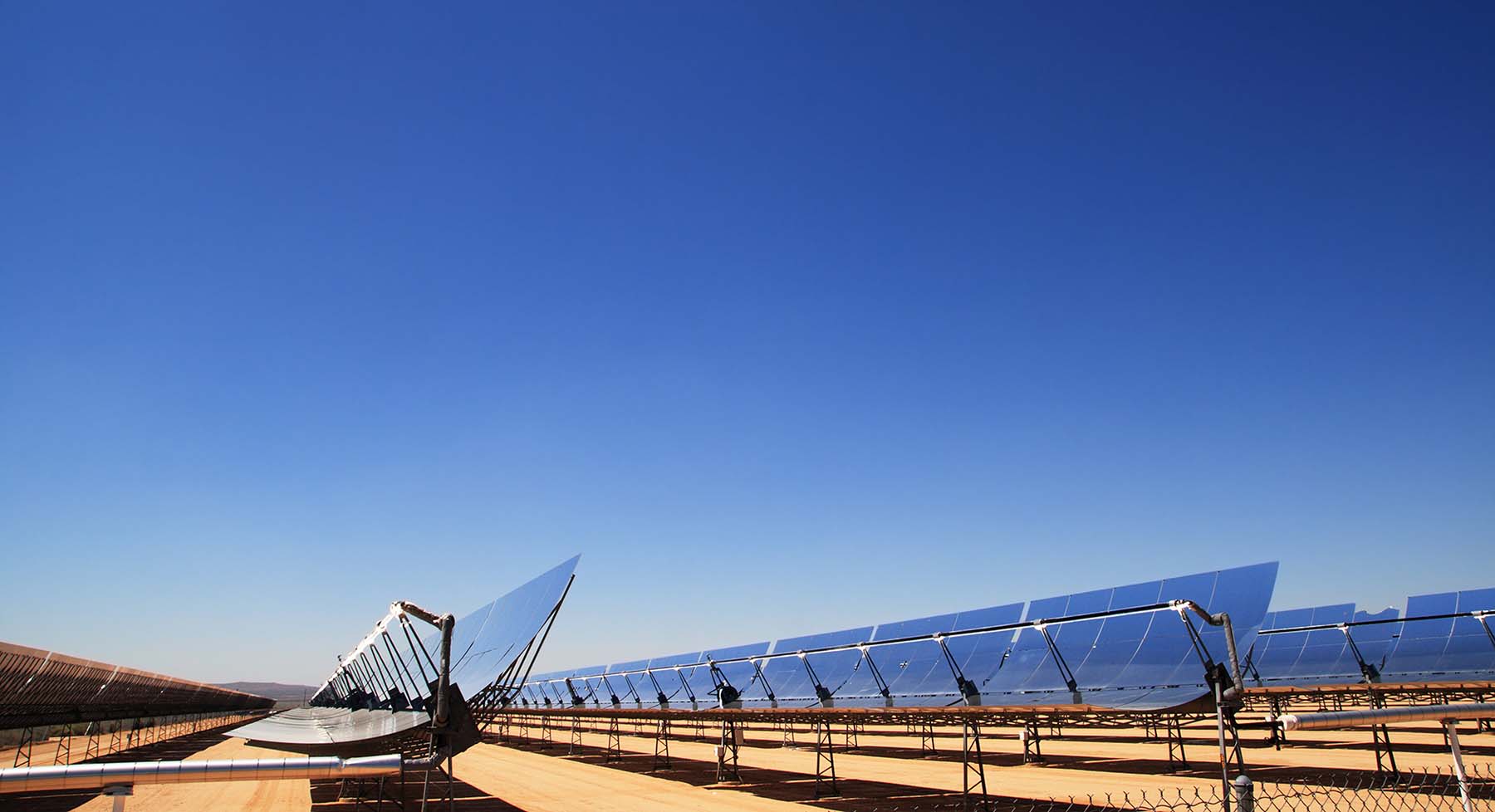 We are on the verge of the most radical transformation in energy and transportation ever witnessed. According to Tony Seba, internationally renown business disruption and clean technology thought leader and Stanford lecturer, the industrial age of dirty fossil fuelled energy and transportation will be over by 2030 in a wave of so called “clean disruption”. Likely even before. And entrepreneurs, corporates, venture capitalists and policy makers are all starting to sit up and listen. At least the smart ones are.

In his latest book, Clean Disruption of Energy and Transportation – How Silicon Valley Will Make Oil, Nuclear,Natural Gas, Coal, Electric Utilities Obsolete by 2030, Seba refers to how, in perfect technological storm, we are amidst the creation of a cleaner, cheaper and participatory energy future for all. Essentially the same Silicon Valley ecosystem that created bit-based technologies that disrupted atom-based industries globally is now creating bit and electron based technologies that will disrupt the energy industries from China to NZ. Utilities as we currently know them, gone. Coal, natural gas, nuclear energy? Gone. Gasoline Cars? Thing of the past.

How? According to Seba, exponentially improving technologies in Solar PV, Battery Energy Storage (Lithium ion) and smart technologies such as artificial intelligence, sensors, big data, mobile internet, cloud, and the Internet of Things (IOT) is how. Marry these with new business model innovations in finance and sharing and they are rapidly turning the industrial-era of centralised and dirty energy, the gasoline vehicle and the whole urban energy infrastructure upside down.

For any Kiwis out there about to get on the  “who care’s we are renewable anyway” bandwagon listen up. Clean Disruption is not about renewable vs dirty energy. This is about technologies that are disruptive in energy. Solar is becoming king (for reasons to be discussed). And not even NZ, who prides itself on its renewable energy track record, can afford to rest on its Hydro laurels. Meridian Energy are you listening?

Based on current technology cost curves, technological trends and a raft of business model and product innovations Clean Disruption predicts that by 2030 all new energy will be provided by solar or wind. Gasoline, natural gas, nuclear and coal will be obsolete. And all new mass-market vehicles will be autonomous (self-driving) or semi-autonomous electric (EVs). Essentially the whole energy and by extension transportation infrastructure will be obsolete within the next 15 years.

As outlandish or controversial as these predictions seem, they are all coming to life and Seba has the data to prove it. And lots of it. Energy skeptics move aside.

According to Seba, four major factors/mega trends are driving the clean disruption of energy and transport. The first being the MASSIVE growth of Solar. Both in technology improvements and market uptake.

Market trends indicate Solar PV (panels converting sunlight into electricity) have been improving exponentially at the rate of 22% every two years since 1970.  Essentially as solar capacity doubles the cost of solar goes down by 22%.  An exponential cost curve, in favour of the consumer. In NZ Solar PVs have already dropped in price from $100/watt back in the day to 58c (2014) thanks to technology increasing panel efficiency.

This means in a mere 2 years solar will be cheaper, or at least the same price as centralised grid electricity. Further, marry solar’s exponentially improving technology (cost and performance wise) with a centralised grid based energy industry where costs have only skyrocketed since the 1970s, means the cost of solar will only plummet further. With electricity going up and solar going down central generating utilities will simply no longer be able to compete. Completely disrupting the existing energy industry – irrespective of whether it is dirty or renewable. “This is not about renewable vs dirty energy” says Seba. “This is about technologies that are disruptive in energy”.

Germany’s largest utilities E.ON has already experienced plummeting  revenues and stock price with solar penetrating the market.  The resolve? They are spinning off all centrally generated stations – even hydro – and only keeping solar, wind and customer solutions. Because these are the future of energy. NZ currently pays 23-28cents/kWh for solar. Seba says by 2020 roof top solar will be 6-8cents/kWh. Even if all NZ’s hydro or coal stations garner energy at zero cost, roof top solar will be cheaper than the cost of grid based energy transmission and distribution since power companies still have to add transmission and distribution costs. Therefore irrespective as to whether NZ’s energy supply is renewable or not, NZ power companies will be disrupted, simply on price.

The massively growing demand for solar PV is further fuelling solar’s disruptive forces. The uptake of solar has essentially doubled every two years since 2000, increasing at a 43% compound annual growth rate. Further reducing costs as economies of scale come into play. Seba says if current technology and market uptake figures continue, by 2030 all the energy on earth will come from solar.

But technology does not work in a vacuum. Since the cost of capital for solar is the most important factor determining its uptake Seba says a key driver of solar’s growth has been financial and business model innovation.  New concept business models involving zero money down and third party finance have seen residential and commercial installs for solar exponentially increase. In California, new business model innovations by companies such as Mosaic and Solar City /Solar City New Zealand mean 90% of solar customers now start saving money from day one. By 2017 total installed costs for solar will sit around  $1/kWh according to Citibank and Australia has already got there. Yes electricity markets differ worldwide, but Seba says this figure is similar in every market. Even in NZ.

Seba says there is a common mythology among New Zealanders that solar is not going to happen. “We’re not a sunshiny country, we have hydro, that’s renewable anyway”. Not true says Seba.  Auckland has more sunshine hours than Barcelona so we can’t rest on our hydro laurels for much longer. If you think NZ is immune to this disruption just because we have hydro then think again.

Lastly, improvements in battery technology and the incessant growth of smart technology  have been pivotal in solar’s disruption of today’ s energy paradigm.

The cost and performance of lithium-ion batteries, until now, has been a major deterrent of solar (and EV) uptake. Not anymore. In 2010 IT/Electronics were about the only major industries in the battery game.  Now the multi-trillion dollar industries Automotive and Energy are investing in lithium-ion battery storage. Heavy hitters  like Tesla and LG are investing heavily in their own solar storage Giga factories that will at least double the world capacity for lithium-ion batteries. The result? Solar storage costs are going down at the rate of 16% pa. Because when you get triple investment and triple demand, costs go down (economies of scale), more breakthroughs happen, and you get  huge improvements in technology and processes. Deutsche Bank says this rate may accelerate to 20% in the next few years as solar’s exponential uptake increases.

Independent of solar PV, breakthroughs in battery performance like Tesla’s Powerwall have also led to a spate of additional business model innovations offering energy storage as a service and zero money down new financing models. Companies are saving 10-50% just by having onsite storage enabling them to buy when energy prices are low and use when high. Tesla already offers storage for homes and business and by 2018 Solar City and others will include affordable storage every single solar installation by 2018.  By 2020 all you can eat off the grid energy and storage solutions will cost as little as $36/month. Cheaper than your cable bill.

And it doesn’t end there. Other Silicon Valley technologies like Robots (artificial intelligence), sensors and the internet of things (IOT),  totally outside of the realm of solar, are further fuelling solar’s rise to stardom by helping people to manage their energy use. Now not only can you can have your own energy generation, you can store it and manage it right from your own home, building or warehouse. 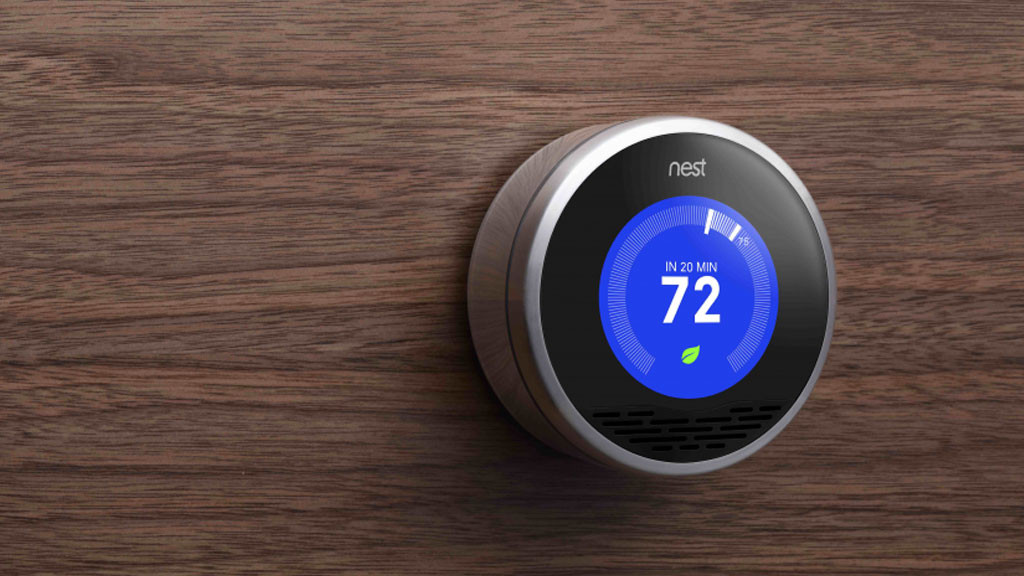 Smart devices like Smart air conditioning or NEST’s Learning Thermostat, a sensor-based, internet enabled, artificial-intelligence-based system that knows exactly when you’re home, when you’re not and automatically adjusts heating/cooling to your preferred temperatures   are saving residents up to 50% on energy use without even programming it.

Clean disruption summarizes what happens to energy when Silicon Valley technologies – Solar, Storage, AI and Sensors all collide. We get a triple punch of energy disruption:  Self generation, Self storage and Self energy management. Pushing energy to the  “edges” – into the hands of the users and away from centralised over priced and under responsive energy utilities. Bringing abundant, cheap, distributed, participatory and clean energy to all.