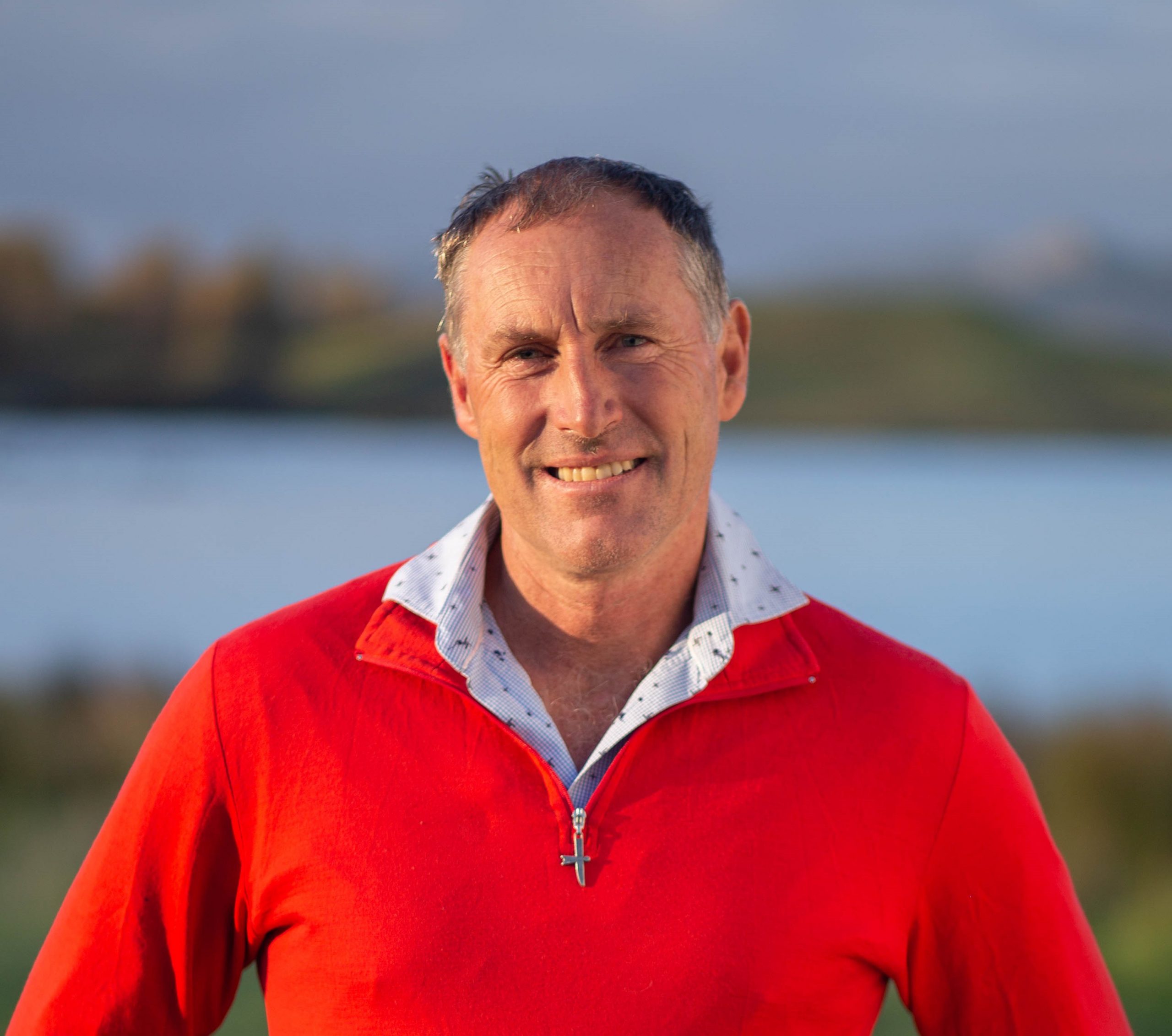 At the back of Greg Hart’s farm in the Hawkes Bay, two paddocks are growing grass side by side. As part of his monthly feed budgeting, Greg measures the grass growth in his pastures and has noticed that one of these paddocks is growing twice as much grass as the other.

Greg recently took back management of the latter of these two pastures after leasing it as part of a 130ha block to a neighbour for six years. As is common practice, the neighbour had grazed the land hard while Greg has been using holistic grazing management where large mobs of stock graze taller pasture and are shifted more frequently. The animals generally eat one third of the pasture, leave another third, and trample the final third into the ground. The pasture is then left to fully recover before it is grazed again. 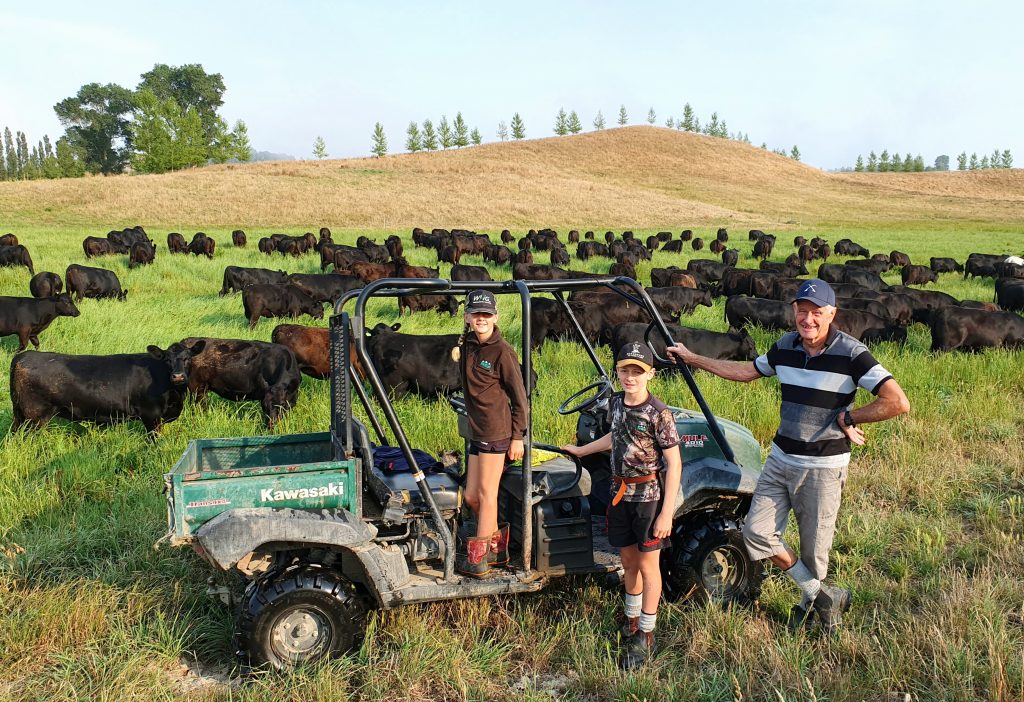 Throughout the long, hot drought that hit the Hawkes Bay this past summer, and the lingering effects, Greg’s farm has displayed an unusual level of resilience.

Predominantly operating as a beef farm these days, Greg survived the dry heat of summer at Mangarara Station near Elsthorpe without buying any additional feed and without having to cut his stock numbers. Now however, heading into winter and a reduced growing season with so little moisture, he’s had to cut about a third of his herd. He feels for his neighbours, who have had to significantly reduce stock numbers and bring in extra feed, while experiencing high levels of stress personally. The additional strain of the COVID-19 lockdown has meant that the effects of the drought will be felt throughout the region for quite some time. 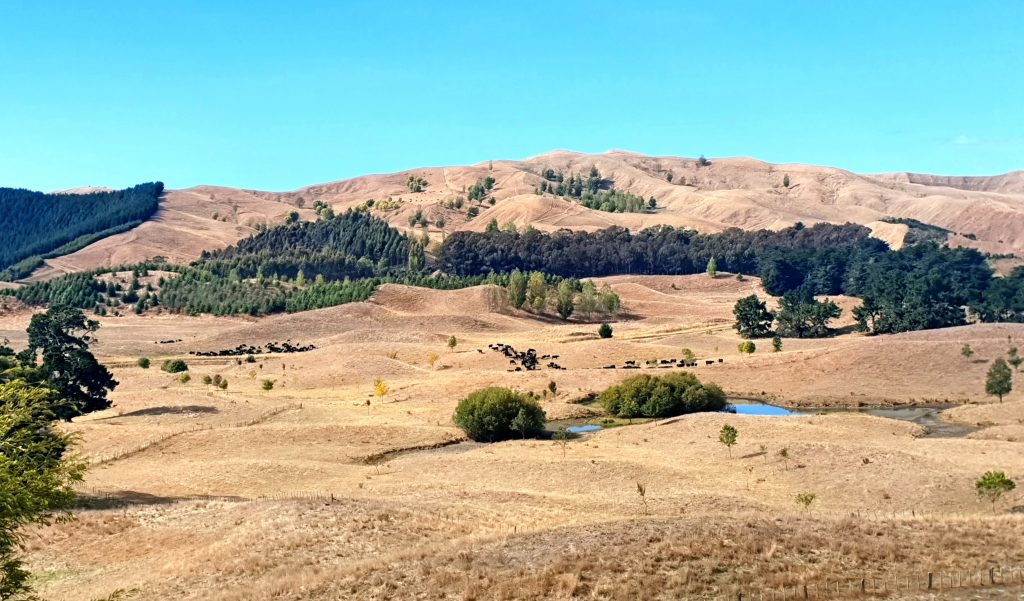 Mangarara Station is a longstanding sheep and beef farm in the Hawkes Bay, owned by the Tiffin family from the 1850’s until Greg’s parents bought it in 1990. After taking over the farm from his parents six years later, Greg and his wife Rachel have been gradually transitioning the 600-hectare property at Elsthorpe from a conventional sheep and beef into a holistically-managed living example of regenerative agriculture (regen ag) at work.

On Farm Story | Greg Hart, Elsthorpe from GlobalHQ on Vimeo.

After growing up on a mixed cropping farm in Canterbury and always wanting to become a farmer himself, Greg originally took the oft-travelled route by completing a degree in agriculture at Massey which focused a lot on learning methods to maximise production from the farm. The switch to regen ag wasn’t the result of any one “aha moment”, but rather a longer transition as Greg began learning more about holistic management, a style of grazing popular with regenerative farmers. His aim is to build resilient soils that are able to hold more moisture and cope longer with dry spells.

“A conventional system is operating at such tight margins, there is less resilience in it.  With regenerative farming, I fell in love with farming again, it’s all about working with nature and there is so much more to learn every day.” 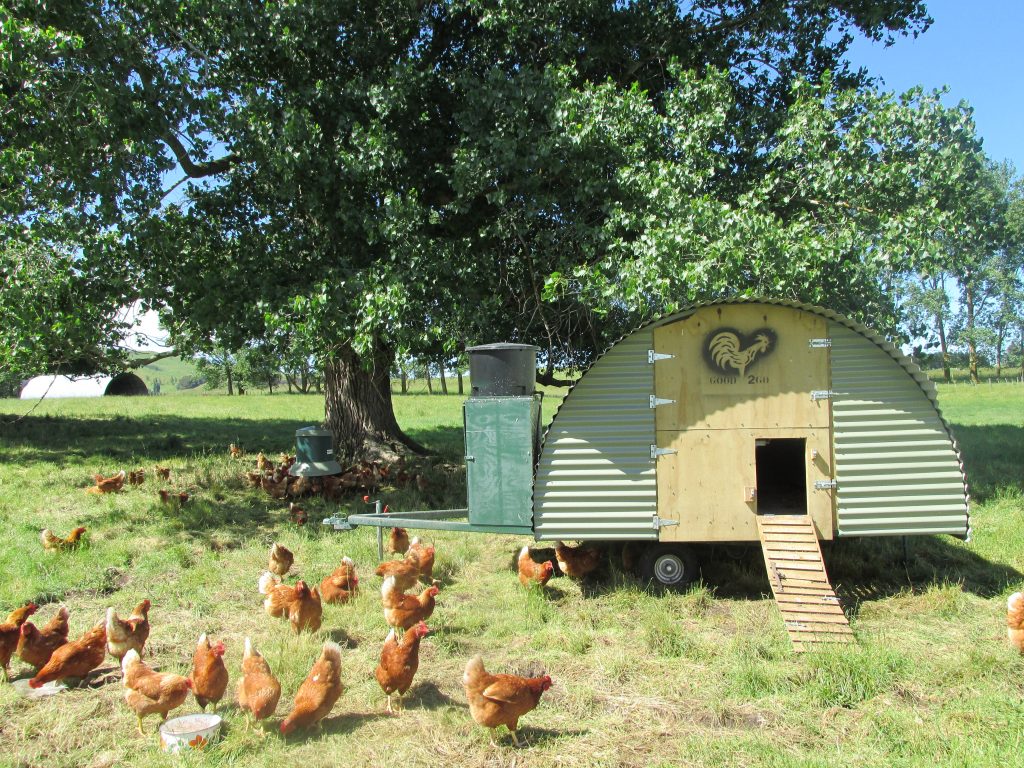 After having their first child in 2000, Greg and Rachel embarked on a learning journey on how to produce nutrient-dense, quality food. At the same time they were beginning to realise that something just didn’t feel right about the primary focus around production on the farm. They began to make incremental changes towards creating a more diverse and holistically managed farm with year-on-year improvements.

These days Mangarara Station has multiple revenue streams such as running an eco-lodge, with the farm open to the public who can come and see how a regenerative farm operates. As a farm operation the focus is on beef, but they also have sheep, pigs, hens, a few dairy cows and calves, and are looking to ramp up vegetable production and plant more nut trees. Greg sees this kind of multi-dimensional farming not only as an exercise in environmental resilience, but also one of economic resilience and gaining peace of mind.

and fluctuating markets. By diversifying our farm, we’re building resilience.” 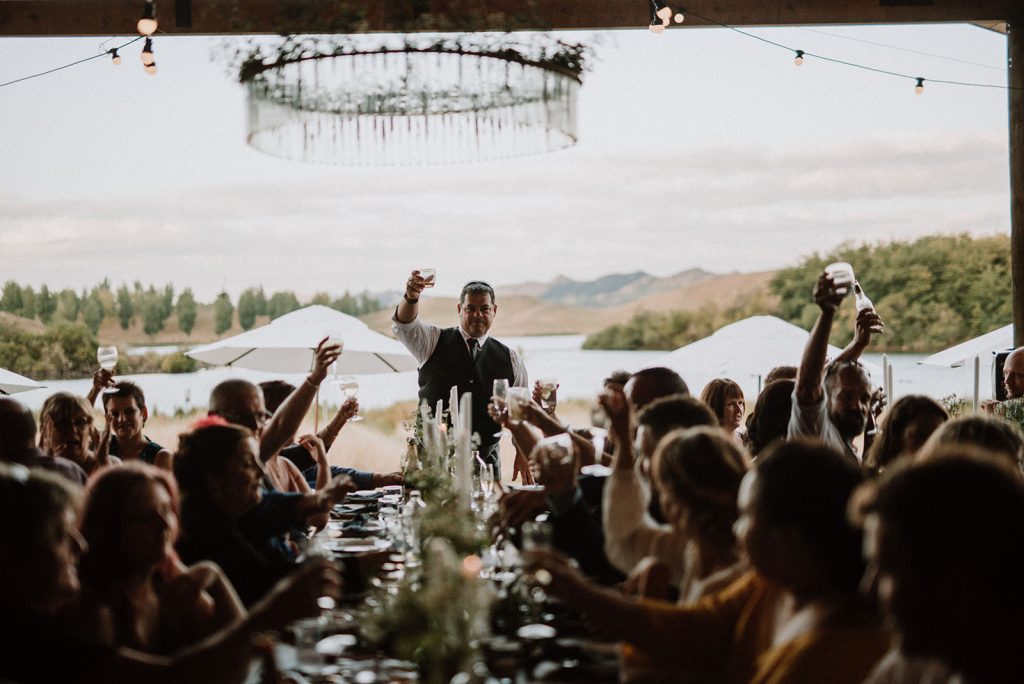 Unlike many farmers who adopt regenerative agriculture principles, Greg has avoided going down the route of planting a lot of cover crops in his pastures. There is a lot of fossil fuel energy embodied in growing, harvesting, and then sowing cover crops, and he believes that a food system that is future-proof and resilient is one that isn’t reliant on imported fossil fuels. Greg is happy with the level of diversity in his pastures that he has achieved from careful grazing management and animal impact.

without relying on fossil fuels. There is a lot of energy involved in the seeding, so how do we build natural resilience into farms and not have to rely on machinery parts and fuel that have to be imported from all around the world?”

Greg is also planting a lot of trees. In a mix of NZ natives along with poplar, willow, oak, eucalyptus, alders and fruit and nut trees, he has planted 110,000 to date over the past decade in partnership with Air New Zealand. He works with the Million Metres Streams project, getting school and communities involved in riparian planting. He has concerns around the large-scale blanket planting of radiata pine, opting instead for silvopasture methods that combine trees with animal agriculture and horticulture. His back of the envelope calculations suggest that if he expanded his planting to have trees throughout all his pastures, he could raise a similar number of animals and still be sequestering twice as much carbon as he was emitting. 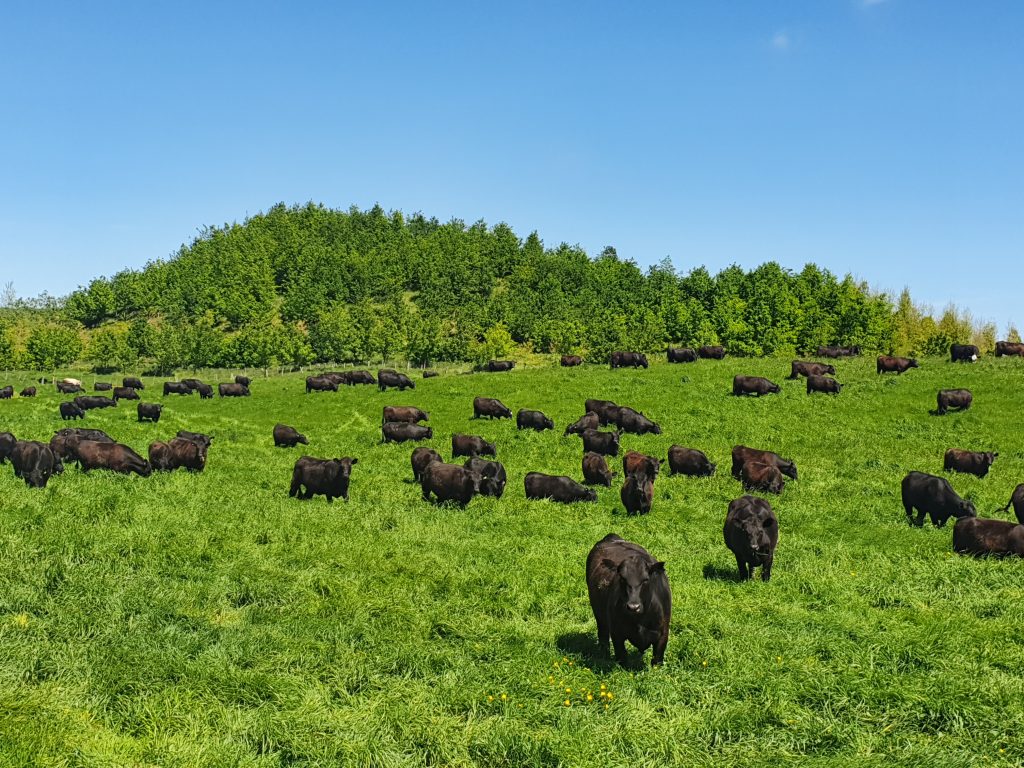 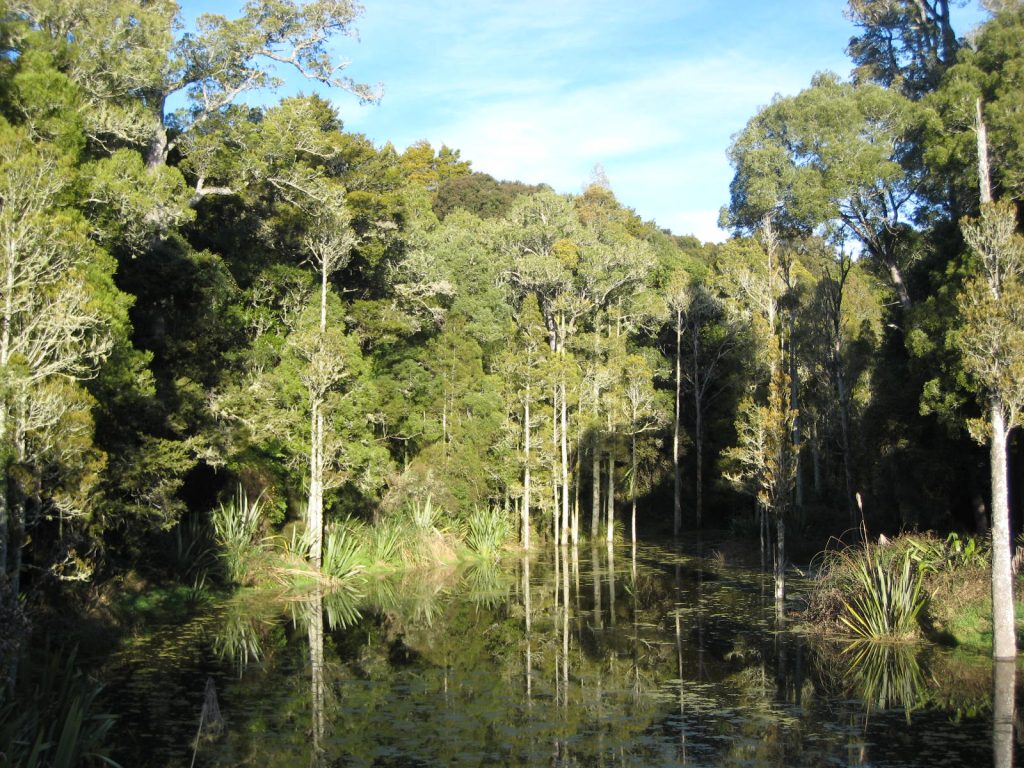 Greg’s hopes for the future of farming in Aotearoa New Zealand are nothing short of inspiring. His message for policy makers is to invest in significant research into the case for regenerative agriculture, while also recognising the limitations of reductionist scientific approaches and the narrative of man’s domination over nature.

“I think of it as evolutionary agriculture – as we evolve as humans,

our agriculture will evolve. To meet the challenges that the planet faces right now, it is going to take a paradigm shift or an evolutionary shift of consciousness. It’s going from trying to dominate and control nature, to working with nature. This is the story that could save us and take us to a new level of being human.”