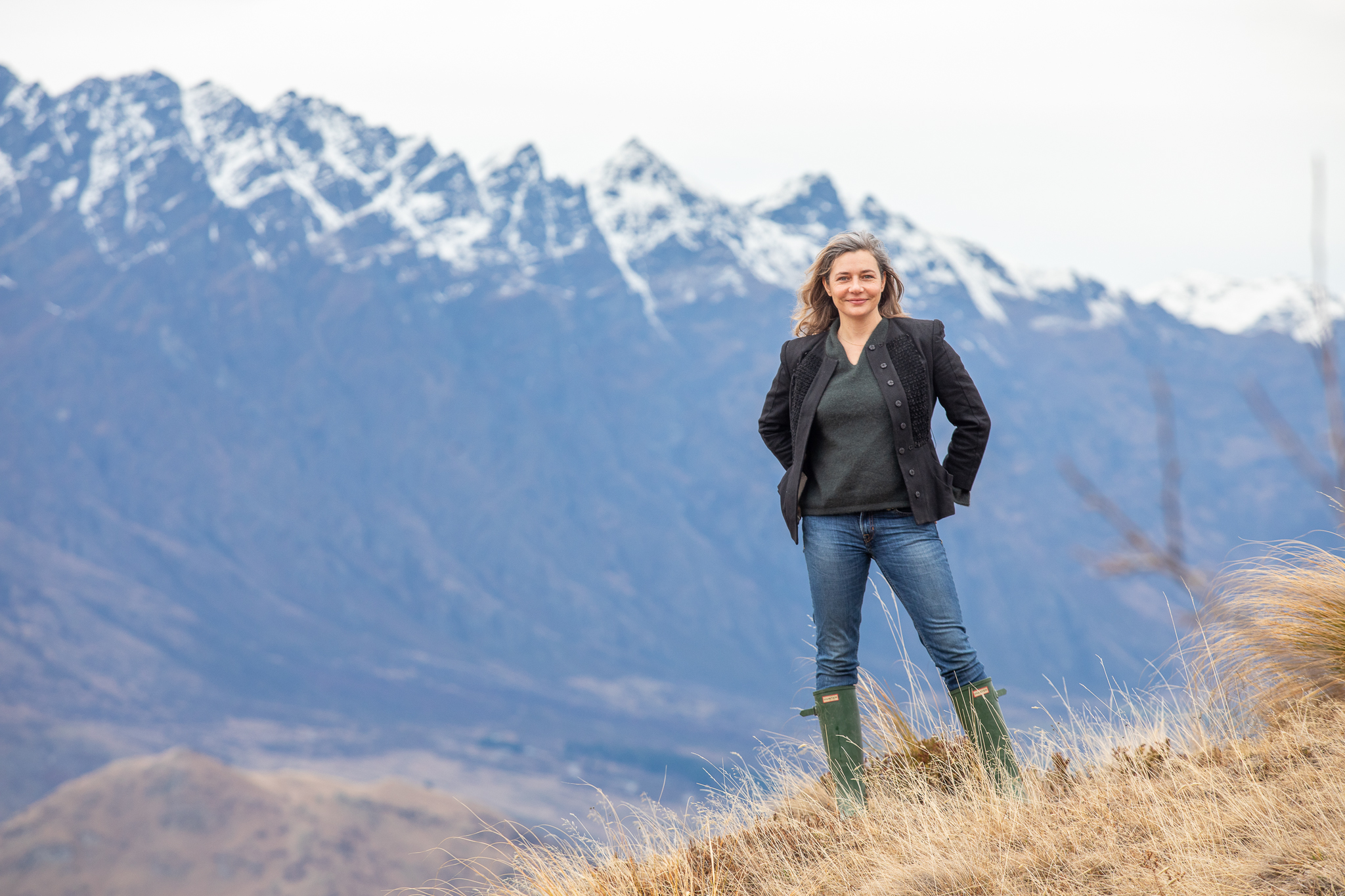 It’s the dawn of the twenty-twenties, the make or break decade for climate change and humanity.  We’ve reached a tipping point for sustainability in virtually every sector on the planet, though arguably few on the scale of disruption in the food system. Regenerative agriculture (regen ag) is rapidly emerging worldwide as a new frontier for sustainable agriculture. So how do we make sense of the regenerative revolution? 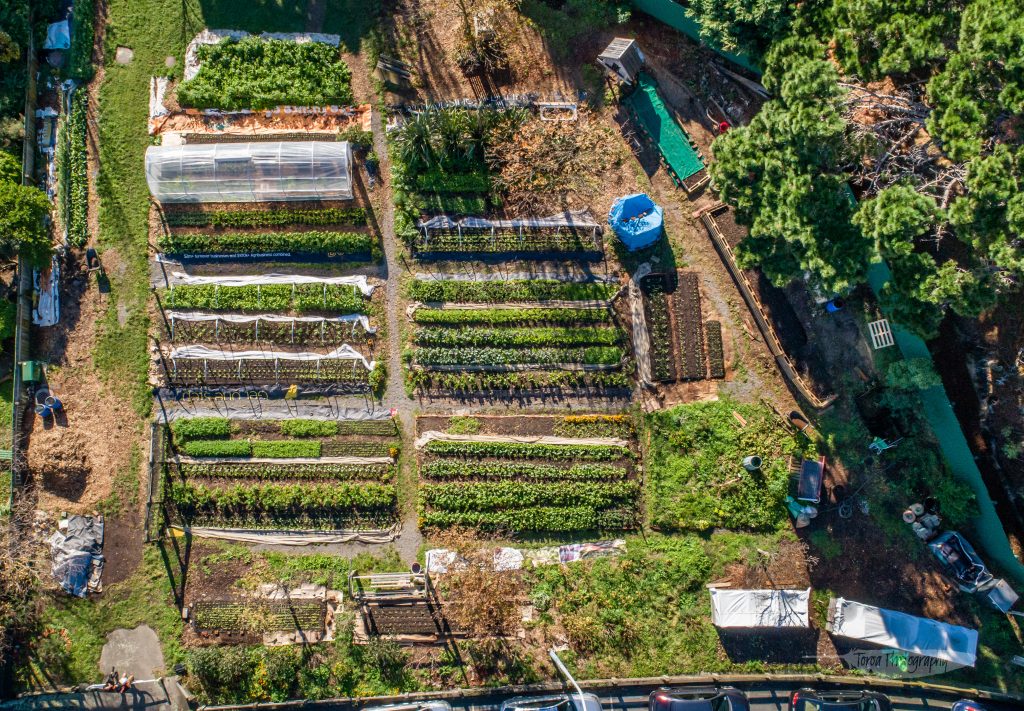 The most recent agricultural revolution took place post World War II. Driven by competition and Malthusian predictions, the Green Revolution was an era where production drastically increased to affordably feed the human population. Excellent for productivity, but problematic due to intensification and the scaled use of chemicals, irrigation, fossil fuels, monocultures and homogeneous genetics that now underpin conventional agriculture around the world and in NZ.

If we take a moment to imagine the food system we really want, it would be one where climate stability, healthy ecosystems, resource efficiency, producer wellbeing and prosperity, human health, animal health and welfare, nutrition and food security are all outcomes of a thriving agricultural sector. The need for such a food system, and agriculture’s role in it, now has fairly widespread acceptance. Yet while this vision might be shared, fundamental differences exist on how to achieve it. 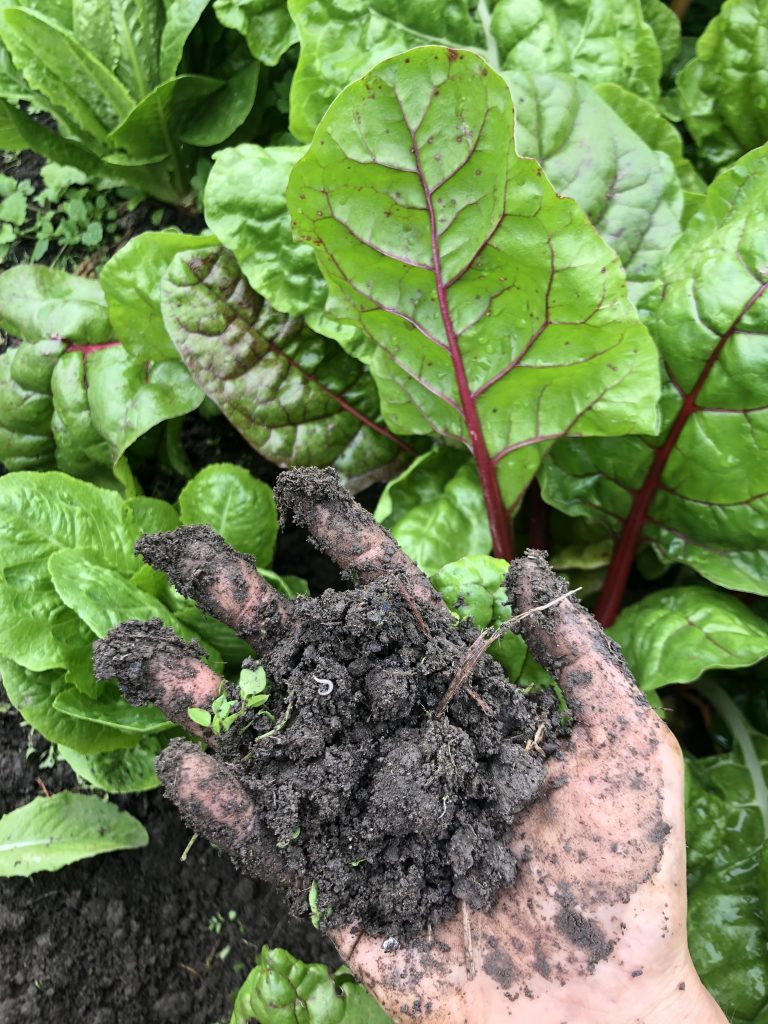 In 1987, the United Nations’ Brundtland Report identified the need to remedy the ill effects of industrialisation. Sustainable agriculture in its many forms appeared on the scene. Of these, the most popularised was “sustainable intensification” with its focus on resource intensity. It aimed to produce more food to meet the demand of a growing population with fewer inputs, whilst protecting natural resources. Businesses and institutions the world over adopted it’s practices to increase food production at the lowest possible environmental cost. However, whether by accident or design, it has evolved as a top-down, bolt on to our conventional system.

Despite two decades of progress in NZ, more production, more fertiliser use, more irrigation, and widespread dairy conversions have magnified the detrimental impacts of the ag sector. This has aggravated the climate crisis, loss of native land cover and wildlife, soil loss and degradation, and contributed to the pollution of our rivers, lakes and oceans.

Don’t get me wrong, NZ’s extensive, pastoral livestock farming has done brilliantly well – we’re a leading global food producer, trusted source of origin and our farmers are among the most productive in the world. Yet it appears we’ve become extremely good at using resources – but less so at protecting, restoring and rebuilding them. Regen ag works to restore and rebuild natural resources, characterised by;

Regen ag is to sustainable intensification, what circularity is to recycling.  Recycling is the right solution but it only does part of the job. In addition to dealing with materials after use, we also need to rethink the whole system so that materials never become waste.  Sustainable intensification too, with its focus on efficiency and natural resource management, does part of the job. In addition to efficiency, regen ag allows us to look at the farm as a whole system through the lens of interconnected natural processes, requiring us to shift beyond our current high input, high yielding linear model to a regenerative one built on biological cycles.

Critics argue that NZ farmers already farm regeneratively and outperform the examples from overseas. Our soils already contain higher levels of organic matter, we practice rotational grazing, and applications of chemical fertiliser doesn’t degrade the soil.  Assertions like these are not per se wrong, the rationale and evidence put forward is convincing through a certain lens, however that doesn’t necessarily make them right either. It summarily ignores the immensity of evidence, both scientific and anecdotal, that tells us otherwise.  We should not discount the possibility for confirmation bias in these interpretations.

German physicist and philosopher Thomas Kuhn offers valuable insight into the nature of science. Kuhn is generally considered the most influential of the scientific theorists. He believed scientific progress is not a gradual accumulation of knowledge, but the result of paradigm shifts – or changes in conceptual world views. These scientific revolutions take place periodically.  As the anomalies of the current science stack up they create a crisis, because scientific knowledge hits the limits of its explanatory power. This crisis is finally resolved by the emergence of a new paradigm. 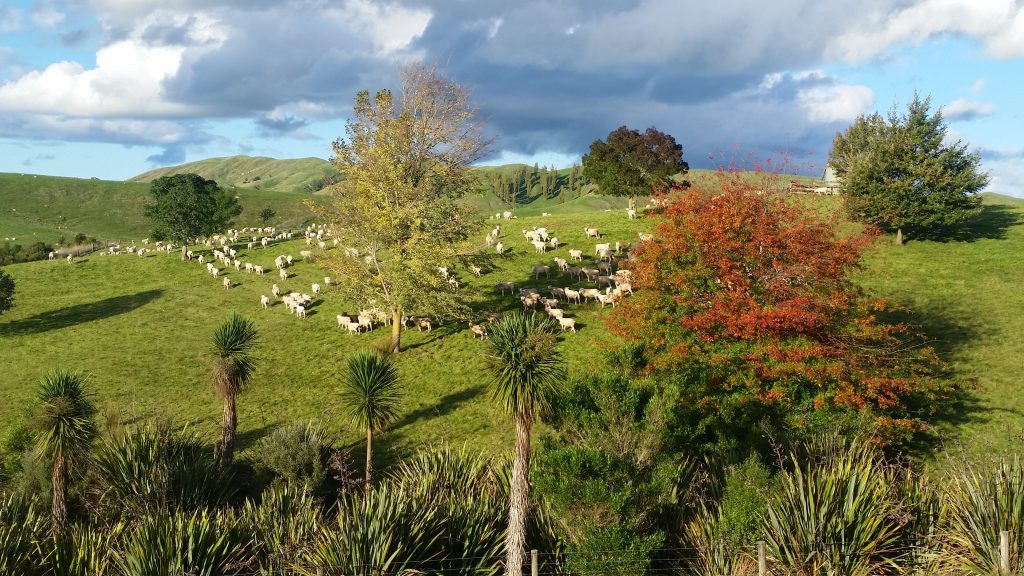 Indeed if regen ag represents a revolution in scientific thinking, we should expect scientists operating from a conventional model to refute the orthodoxy of a regenerative model. They are seeing reality from a conceptual framework that is widely considered normative science, but fundamentally different to the regenerative theory and practice that’s emerging. To borrow from Kuhn, normative science “tends to discover what it expects to discover”, or more specifically, it’s not possible to understand a rival paradigm through the lens of another.

If we rationalise from the paradigm that has presided over the past 80 years of NZ agriculture (based on the necessity of volume, fertiliser, pesticides, herbicides, irrigation and pasture monocultures), then logically we are constrained by what’s possible in that system. As a consequence, growth requires us to push that model harder. This might help to explain the 627% growth in nitrogen application from fertiliser (1990-2015), 94% growth in irrigated land (2002-2017), and why 40% of land cover in NZ is pasture chiefly  ryegrass and clover.

The picture painted by conventional thinking is also incomplete. Nature is our canary in the coalmine. Undeniably, our soils, water and air are telling us another story. Our pastures lose 84 million tonnes a year of soil downstream, taking with it nitrogen and phosphorus that kills aquatic life and deteriorates recreation and drinking water. The heaving consensus on climate change and its related effects – and agriculture’s direct experience of it – should also prompt us to think differently to solve these anomalies. 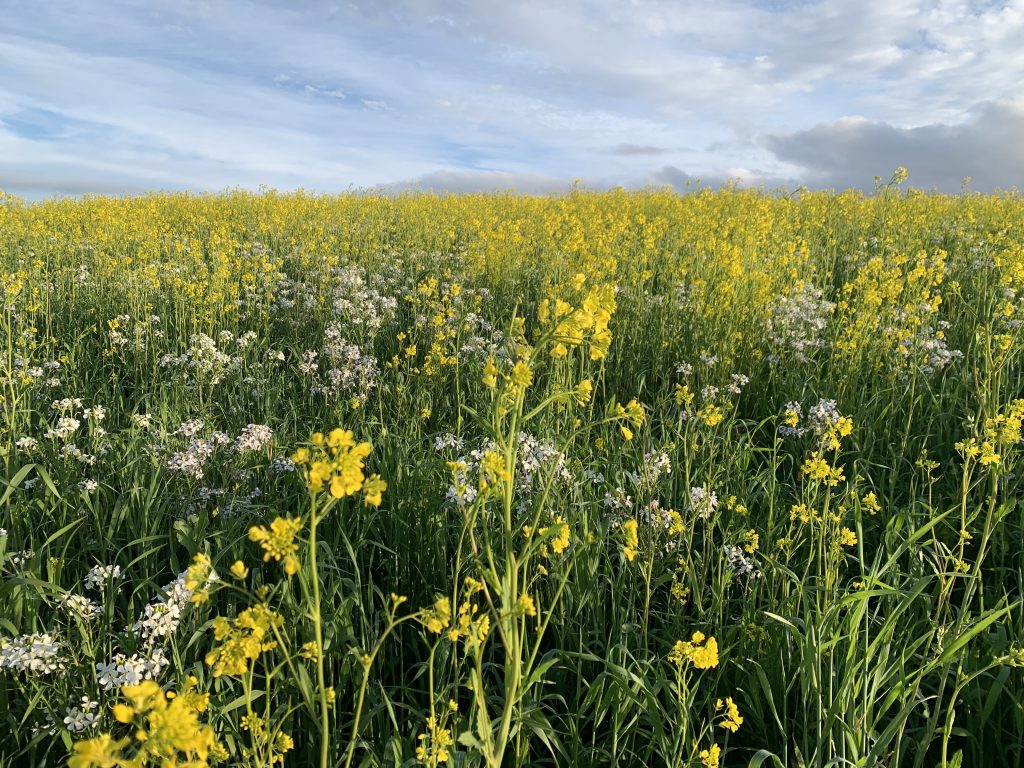 We are not anchored to the status quo any more than we are bound to coal as a source of energy. I’m not saying that we should dismiss this important debate. Regen ag opens up a new realm of scientific value with a radically different take on cause and effect, and the potential to create radically different possibilities. William James was right when he described the fate of a new idea as following a pattern:

“first it is absurd, then it is true, and then,
its adversaries are its greatest advocates”

We should not just accept regen ag in good faith. For example, some adherents propose that drawing carbon down into the soil through regenerative grazing practices reverses climate change.  As much as I hope it is proved to be correct, I find it hard to fathom. We have already extensively emitted fossilized CO2 that will be atmospherically present for the next 1,000 years or more. What we can do is bend the emissions curve to mitigate future catastrophic impacts and here regenerative farming is our best known solution. There’s the possibility for farms to become carbon neutral, even carbon negative.  This appears to have been recognised by sector organisation Beef & Lamb, which has aligned with the government’s goal to become carbon neutral by 2050.  The carbon drawdown potential of regen ag is recognised as vitally important to the achievement of this target naturally, affordably, and most importantly, now.

A failure to pursue regen ag denies farming the opportunity to show whether grazing livestock can aid our transition to a low-carbon economy and contribute to planetary stability by helping to improve freshwater, soils, wildlife and biodiversity. It prevents the possibility of a fresh narrative, reframing farmers as eco-champions, rather than eco-villains. And it stifles the potential for improving farm profitability, a key benefit that regenerative farmers are happily discovering. 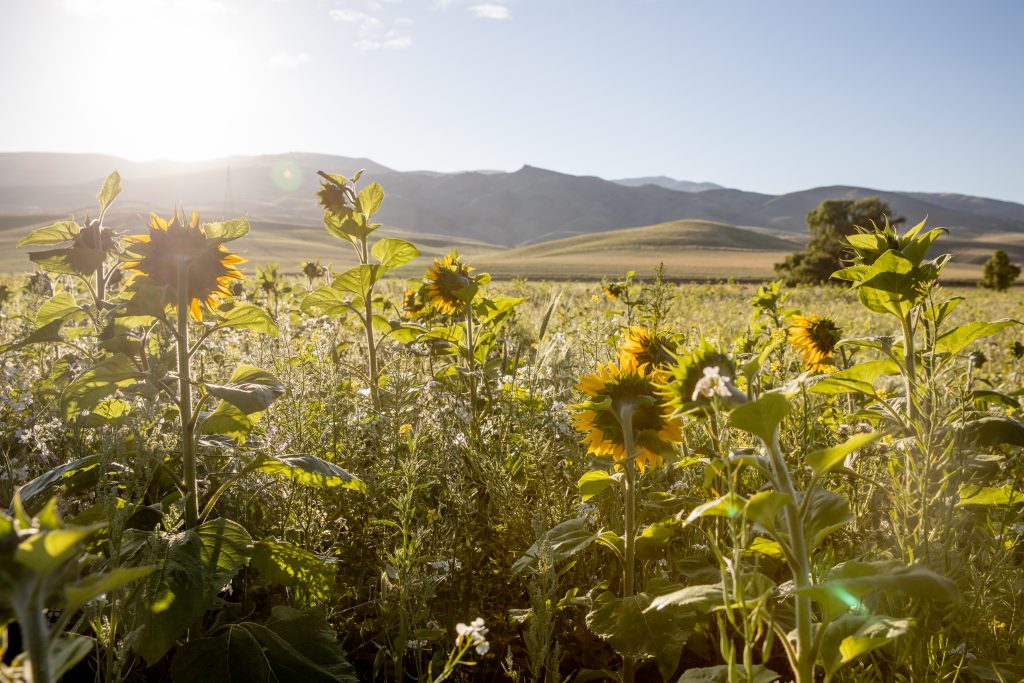 Although it’s actual transformational power is not yet clear, regen ag is not a prescriptive, one-size fits all, top-down response to environmental problems.  It’s an adaptive, bottom-up farmer-led response and for that reason it’s impossible not to feel optimistic about what it might offer – because it puts the control back into the hands of the experts. For NZ agri-businesses and primary sector organisations, this signals an innovation agenda. They must empower our entrepreneurial farmer base by becoming a mechanism to cultivate and lift valuable innovation.

Regen ag represents the next frontier for NZ agriculture to become more sustainable. Our current agricultural model hasn’t delivered on what we want from our food system and it’s clear we need more radical progress. What we urgently need now is fresh thinking and energy to lead and scale regenerative innovation. Whether or not it’s a revolution, only time, science, and genuine effort will tell.