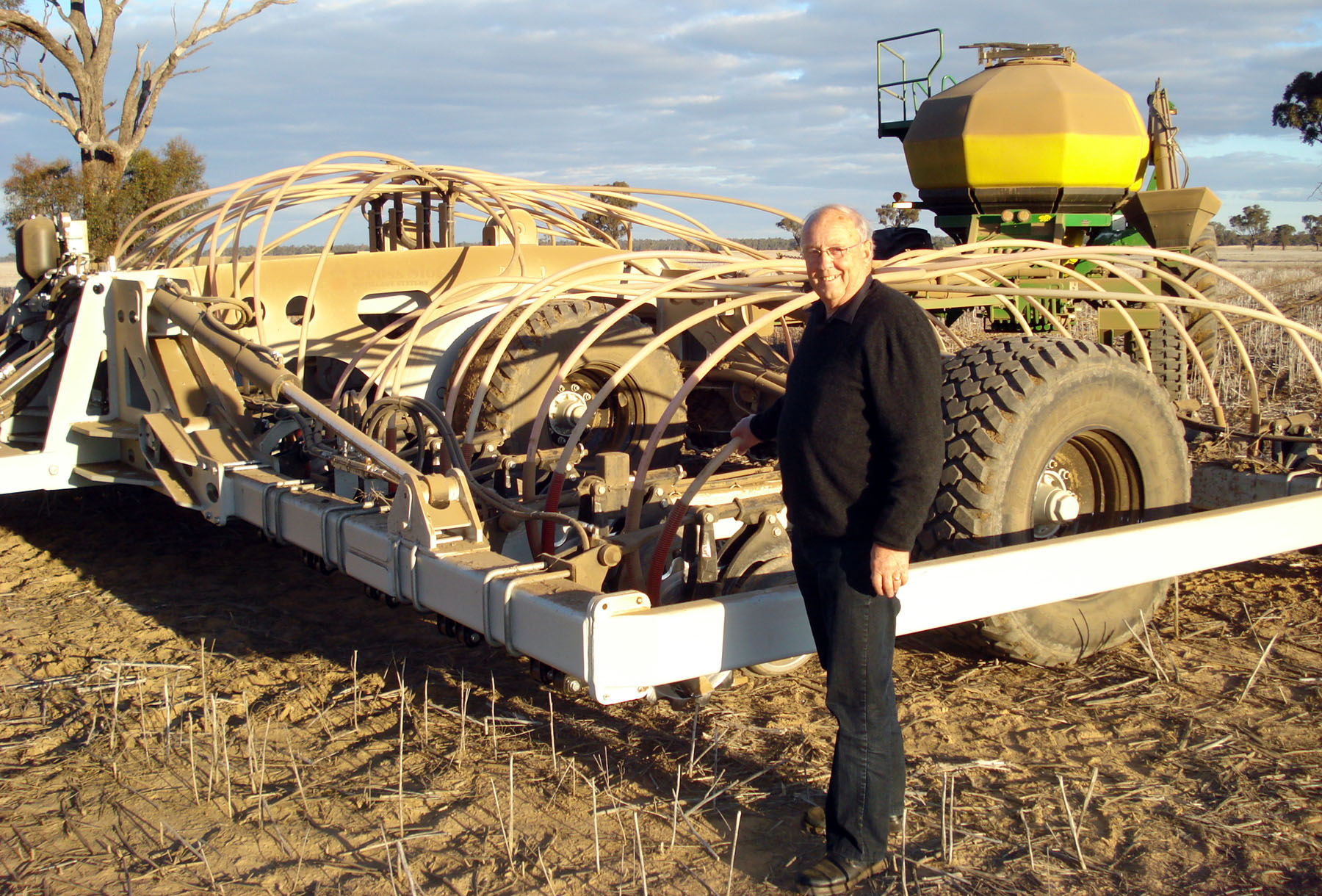 When asked what the linkage is between food security and climate change, most people don’t have a ready answer. Some see climate change as threatening how well food plants will grow in future, but they don’t see many other obvious linkages.

And it all revolves around carbon.

Most of the excess carbon dioxide in the atmosphere has come from the soil in one way or another. The primary culprits are fossil fuels (oil, gas and coal) that are all mined from deep within the soil. Less is known about carbon’s role in the top soil that grows our food, even although this contributes up to 20% of atmospheric CO2 because of what mankind does to it when growing plants.

Farmers started cultivating the soil centuries ago in order to grow food in bulk. The first plough appeared in the 1100s and now everyone knows what a plough is. It has become one of the most recognisable icons of agriculture. And most home-gardeners still religiously dig the soil in order to grow their healthy plants on a smaller scale.

But little did either group know that digging and ploughing are about the worst possible things anyone can do to soil. Not only does soil disturbance contribute to climate change, it gradually kills off the soil biology on which our very existence on earth is dependent.

We dig soil because it buries weeds. And ploughing is just mechanised digging.

Until the middle of last century no-one asked whether or not there was a downside to digging or ploughing. It was seen as a means of allowing farmers to grow weed-free food crops on a large scale at an ever-decreasing cost, so it must be good. 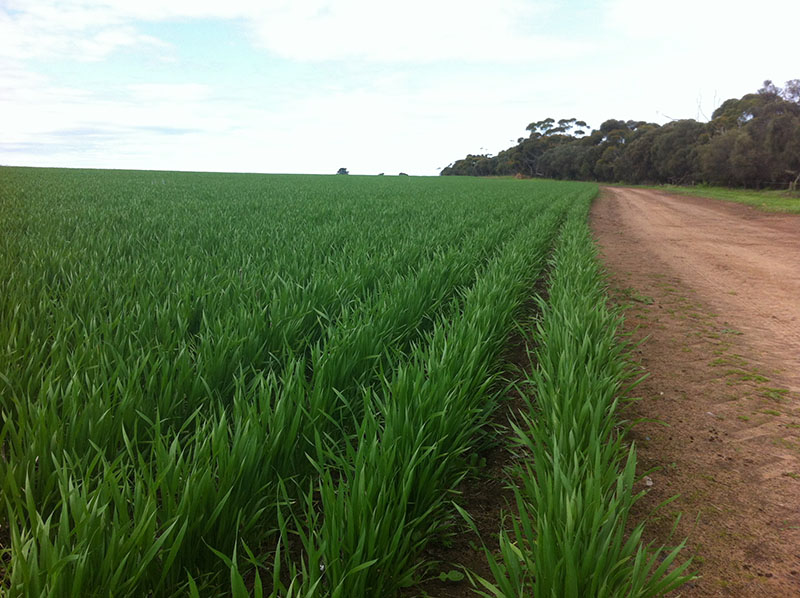 But, unseen, was a process called oxidation. Soil disturbance introduces too much air into the soil and this oxidises much of the existing carbon in the soil organic matter (SOM) into CO2, which then escapes into the atmosphere. As bad as that might be for the atmosphere, it is even worse for soil biology.

In their natural states, most of the 1.4 billion hectares of arable soils in the world, from which 85% of the world’s food comes, had SOM levels of 6-10%, which supported abundant life beneath its surface keeping it healthy for the plants that grew in and on it. The biology above the ground was in harmony with the biology beneath it. That’s how nature designed it.

But after centuries of ploughing, many of these soils have now been reduced to 0.5 – 1.5% SOM. Most of the SOM has been oxidised off by ploughing and is now contributing to climate change. And what is left is now less able to grow food than previously. Crop yields have levelled off and in many places, declined. Genetic advances saved the world from starvation in the 1960s but is unlikely to rescue us a second time because the gap has become too large. And organic arable farming is no help either because it is also based on ploughing for weed control.

None of this mattered when the world’s population was relatively small. Declining crop yields could be compensated for by ever-increasing areas of new arable land and genetic improvements. But we have now pretty-well expended the new-land option from the 4% of the earth’s surface that can grow arable crops. And at the same time we are facing a 50% increase in population by 2050. We are nearing crisis time.

So what can we do?

The answer is simple. And the tools and knowledge are already at hand.

Encourage the soil biology to take back ownership of the “engine of life beneath our feet” by feeding the soil microbes with (a) the left-over organic residues of the food crops that we grow, and (b) specially grown “cover crops” sown between the food crops for this specific purpose.

The solution is as simple as that. But implementing it requires some sophisticated tools and knowledge, all of which are already available to those who know what they are looking for.

The process of “low-disturbance no-tillage” was invented in the 1960s. The objective was to sow crop seeds into soil with minimal soil or residue disturbance. The carbon-rich stubble and straw that remains after harvesting the previous food crop (collectively known as crop residues) is left on the soil to decompose and is taken into the soil by earthworms and other soil fauna (micro-animals) instead of being removed, burnt or ploughed-in as previously. Special seed drills penetrate through the crop residues and sow the next crop with minimal disturbance of both the residues and the soil. The net effect is to add carbon to the soil with each successive crop rather than progressively strip it from the soil as has been happening for centuries. Further, when a cover crop can be grown between successive food crops and then killed and drilled through, it becomes an additional source of carbon. In this way, the soil gains new carbon twice a year, which accelerates its regeneration even further.

There is a win-win” bonus for farmers too. If done correctly, the process is not only cheaper than conventional tillage, it almost invariably results in higher yielding crops, and the same field can be used to grow crops indefinitely without the need for any breaks or fallows. 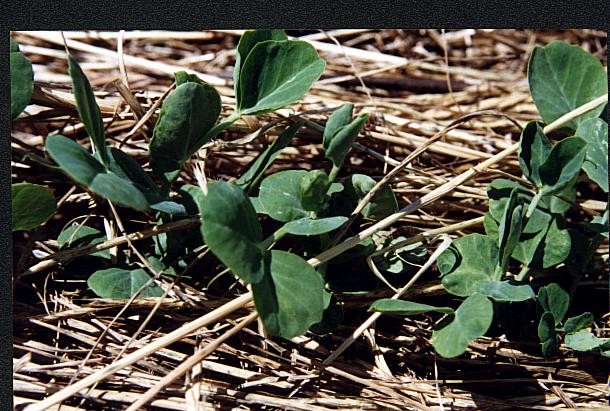 The special seed drills required, have been developed in New Zealand and they work exactly as described above. They are more expensive than simpler machines that do only part of the job, but the simpler machines seldom result in a net gain of carbon by the soil, which is the main aim of doing it this way.

So the world is at a cross road, even although the answer is clear. Farmers and home gardeners alike must recognise how low disturbance no-tillage works and start implementing it with urgency using the correct equipment. Minimum tillage, strip tillage and even forking over a garden, only go part-way towards securing food production. Full ploughing and aggressive digging are so destructive that they both need to be phased-out as soon as is practically possible.

It’s almost like the game of rugby repeating itself? Just like rugby, low disturbance no-tillage was not invented in New Zealand. But just like rugby, NZ perfected it to a level that is superior to anything else in the world.

Unless the rest of the world follows NZ’s lead, they will suffer in the same way as other rugby-playing nations have suffered. Only this time, the stakes are people going hungry rather than losing a rugby match.

And this is even more important than climate change!