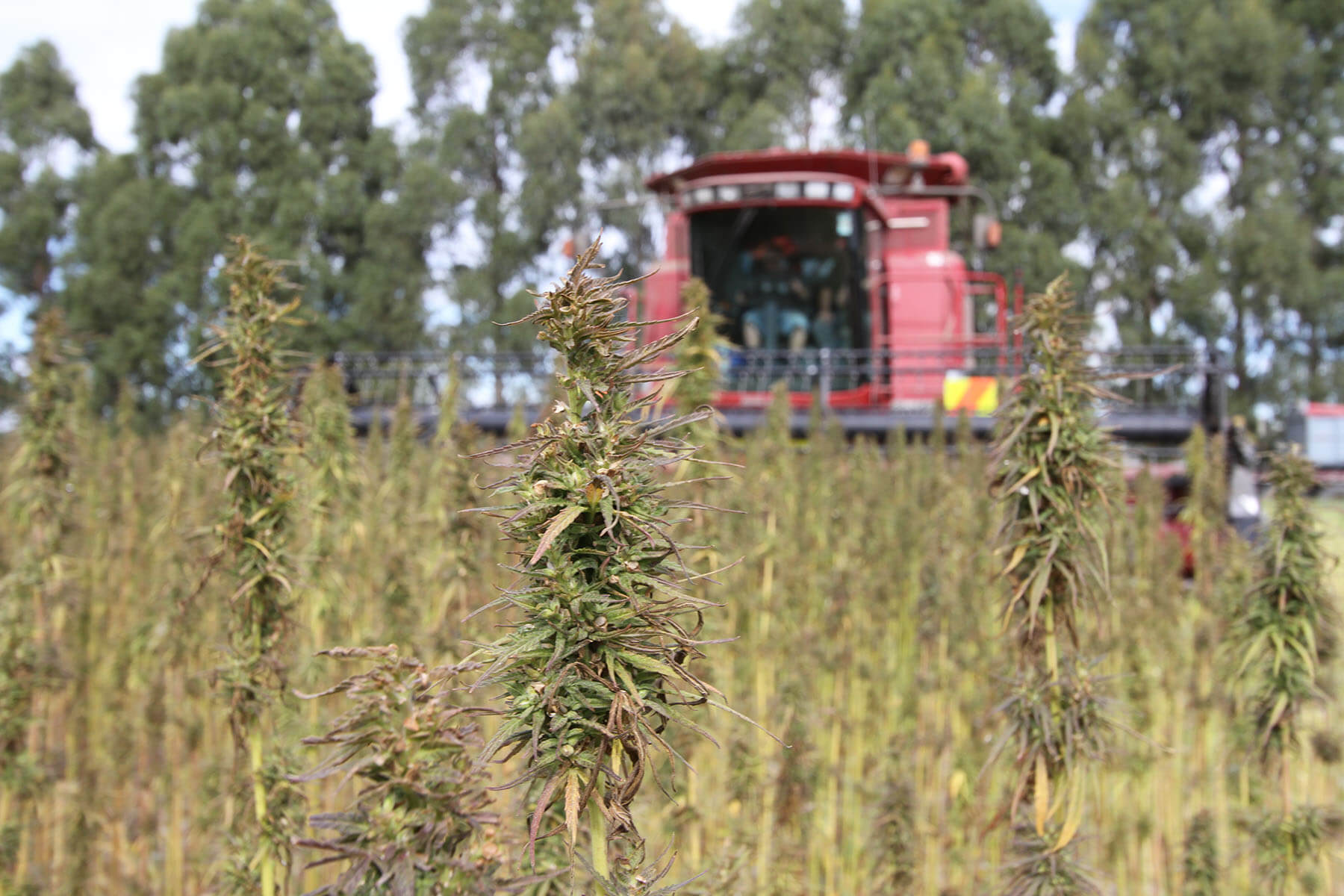 A hemp revival is beginning to gain momentum. Over the past several decades, there’s been a resurgence of interest in hemp by a diverse group of businesses, farmers, nutritionists, activists, and green consumers. There is a global hemp wave forming and it is sizeable in nature. Will NZ catch it and realise the valuable opportunities it brings?

In a recent investigation into alternative building methodologies and materials, I researched Hempcrete, a construction material made from lime, water and hemp that forms a non-toxic, carbon-negative, energy efficient construction and insulation material.

An impressive product, no doubt. But, as it turns out, this is only a drop in the green ocean when it comes to practical, efficient and sustainable uses for this incredible natural product called hemp.

I found myself diving deeper into the hemp rabbit hole and pondered why New Zealand was not taking full advantage of this, quite obvious and significant, ecological and economic opportunity.

BUT FIRST, A LITTLE HISTORY

Hemp is among the oldest industries on the planet, going back more than 10,000 years to the beginnings of pottery and paper manufacture. The Columbia History of the World states that the oldest relic of human industry is a bit of hemp fabric dating back to approximately 8,000 BC.

Industrial hemp has been grown in the U.S. since the first European settlers arrived in early 1600’s. The Declaration of Independence was drafted on hemp paper and American presidents George Washington, Thomas Jefferson and John Adams all grew hemp and actively advocated for commercial hemp production.

In the early 20th century, hemp-derived cellulose was promoted as an affordable and renewable raw material for pulp, paper and plastics; Henry Ford even built a prototype car from biocomposite materials, using agricultural fibre such as hemp.

In 1937, Congress passed the Marijuana Tax Act.  When the American Medical Association (who had been safely using cannabis as a medicine for 100 years in America and knew it as a benign substance used in scores of illnesses) and the US farmers (who had been growing hemp for fibre, paper, textiles and cordage and seed for food and oil) realized their hemp was being outlawed as a drug, using the Mexican slang word Marijuana it was too late, it was soon impossible for American farmers to cultivate a once dominant crop.

The chief promoter of the Tax Act, Harry Anslinger, began promoting anti-marijuana legislation around the world, which resulted in the prohibition of hemp as a drug for the past 80 years.

In the 1990’s there was a resurgence in the interest of hemp, promoted by information contained in books like Jack Herer’s “The Emperor Wears no Clothes”.

In recent times, the use of industrial hemp has evolved into an even greater variety of products, including health foods & beverages, cosmetics and personal care products and nutritional supplements, as well as fabrics and textiles, yarns and spun fibres, paper, construction and insulation materials, biofuels, plastic composites and more.

Hemp can be grown as a fibre, seed, or a dual-purpose crop.  In New Zealand the major player in the industry is Midland Seeds Ltd, based in the grain belt around Ashburton, they grow hemp grain and produce a range of hemp seed oil products for local and export markets. 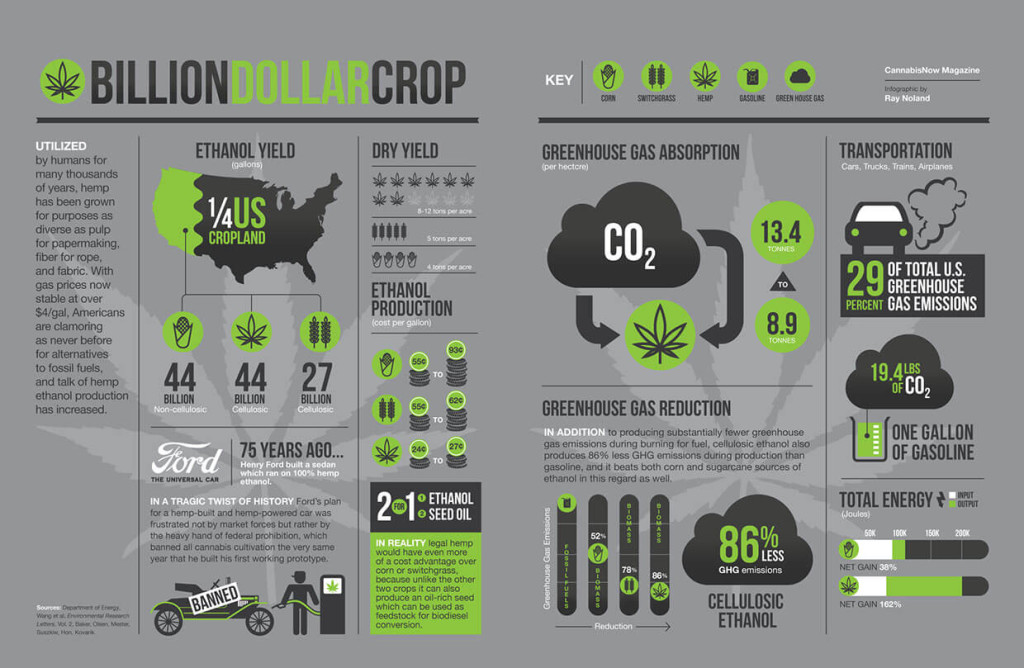 I think it’s pretty common knowledge these days, but in case you missed it, industrial hemp and marijuana are different breeds of Cannabis Sativa; hemp has no value as a recreational drug. The THC levels in industrial hemp are so low that no one could get high from smoking it. Moreover, hemp contains a relatively high percentage of another cannabinoid, CBD, that actually blocks the marijuana high. Hemp, it turns out, is not only not marijuana; it could be called “antimarijuana.” (Dr Dave West, PhD in Plant Breeding, North American Industrial Hemp Council)

HEMP AND THE ENVIRONMENT

In both its cultivation and uses, hemp is considered an exceptionally environmentally friendly crop. It requires little or no pesticides and is naturally pest resistant. Hemp is also a natural herbicide known for its ability to smother weeds when grown at a density suitable for producing high quality bast fibre. It also has a lower net nutrient requirement than other common farm crops, since it can return 60-70% of the nutrients it takes from the soil when dried in the field.

Hemp grows in 90-120 days and produces over 10 tonnes of biomass / hectare. Ideally grown in rotation with other crops, its deep root system is also very beneficial as it is effective in preventing erosion, cleaning the ground, providing a disease break, and helping the soil structure by aerating & breaking up compacted soil for future crops.

Hemp provides an alternative form of agriculture that:

In New Zealand, iHemp (i.e. industrial hemp) is mainly grown for the seed, however the only product that can be sold as a food is the cold pressed oil, and even this is illegal in Australia. Due to the Food Safety Australia and New Zealand Joint Food Code, we are the only two countries in the world where hemp foods are illegal

With our soils producing quality seed the opportunity for NZ on a global scale is vast.

Some estimate that the global market for hemp consists of more than 25,000 products.

Precise data are not available on the size of the U.S. market for hemp-based products, but current industry estimates report annual sales of hemp food and cosmetic products at more than US$580 million annually and reaching $1.5 billion in consumer sales by 2020 in the U.S. alone.

In Canada, businesses are gearing up to capitalize on the growth. To meet increasing demand for hemp foods, Manitoba-based Hemp Oil Canada is building a $14-million processing plant to triple its production capacity. In June 2015, U.S.-based Compass Diversified Holdings bought Manitoba Harvest Hemp Foods for $133 million. The buyout came after Manitoba Harvest, which sells hemp-based foods, saw a 500 percent growth in sales over the past five years. In the first four months of 2015, Canada exported $34 million worth of hemp seeds and oil and was well on the way to bettering the $48 million exported in 2014. 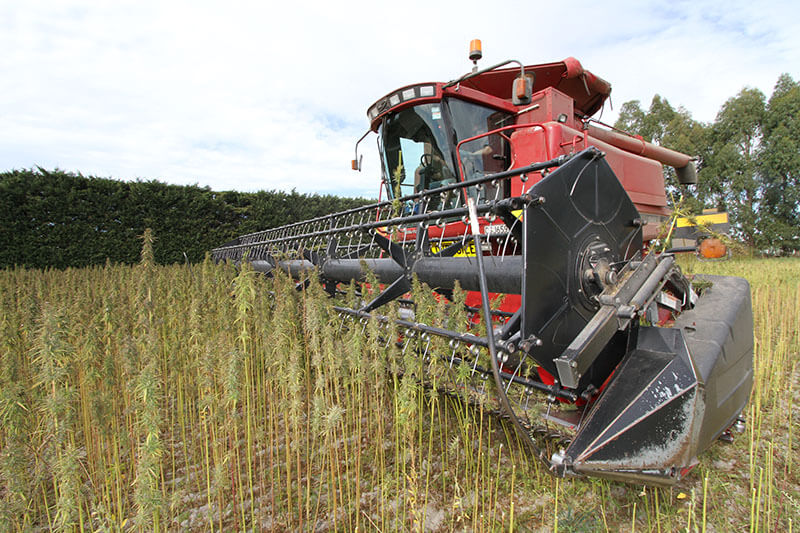 The New Zealand Hemp Industries Association Inc are promoting the economic potential of industrial hemp and funding is being sought for studies to accurately quantify New Zealand’s economic potential. It is, however, quite clear that demand for hemp and hemp-based products is expanding rapidly on a global scale and NZ could (and should) be cashing in.

“Industrial Hemp is grown under licence and has no value as a drug, it is simply another arable crop that should become a large part of our green economic growth strategy.

Trials on industrial hemp (hemp with a THC content of less than 0.35%) were held in New Zealand from 2000–2005, and in 2006 the Misuse of Drugs (Industrial Hemp) regulations were created which gave us the ability to grow industrial hemp under license issued by the Ministry of Health.

The seed industry is poised to scale. Once law changes allow human access to this super food, a multi-million-dollar food market will open up for iHemp foods.

The fibre industry will take longer to develop as investment is needed in the “decortication” machinery to split the stems into their two commodities, being various grades of bast fibre (long and short) and the inner woody pith called the hurd or shiv.

Both the fibre and hurd commodities have additional value added steps which can make high value products with export potential. Existing markets for the hurd are in animal bedding and mulch while the fibre is in demand in the car industry (composite panels) the textile and paper industry.  These are traditional markets, however, new opportunities are coming up all the time, such as plastics, 3 D printing, filters, geotextiles, composites and fibre additives.

The inherent qualities of the fibre make it valuable. Not only is it one of the strongest natural fibres, it is naturally anti-fungal, anti-bacterial, anti-static, anti-microbial and stops 95% of UV light. It comes from a sustainable crop and for these reasons industry will be looking toward natural fibres as feed stocks in the future – carbohydrates rather than hydro carbons.

The New Zealand Hemp Industries Association Inc is promoting the business plans to support the development of the local industrial hemp industry, and identifying what can be done with the volumes being produced and where the R&D focus should be. They are working with many CRI’s and Universities to identify these areas. 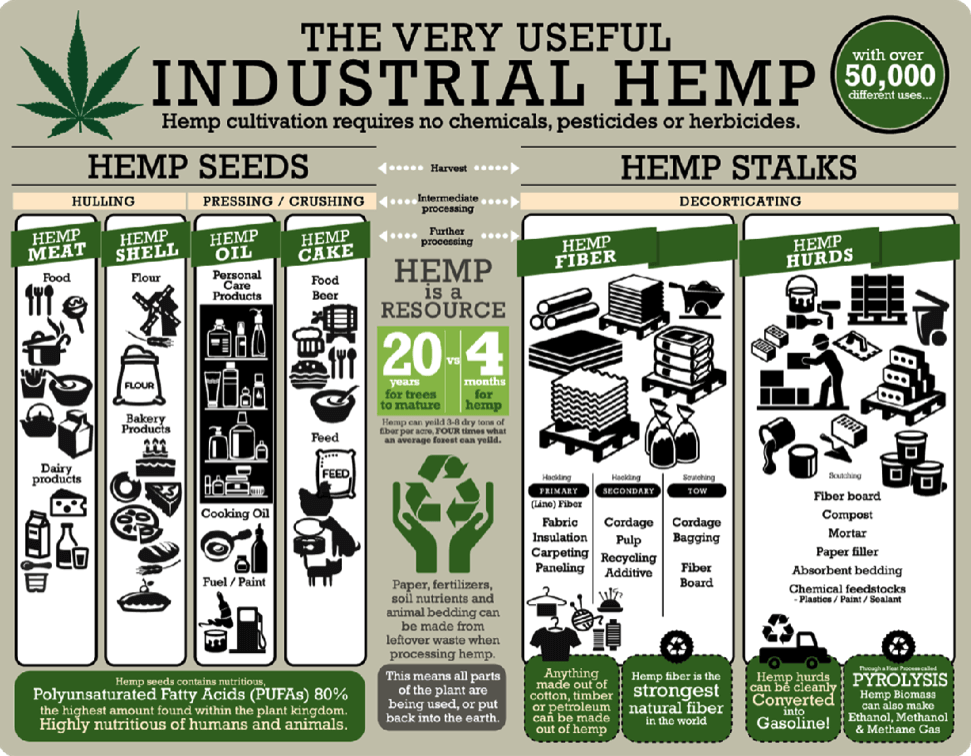 Regional New Zealand will benefit from the investment coming in to this new agricultural crop for our farmers to grow. The rate of return ex the farm gate is comparable to other land uses right now and can only expand as varieties improve yield and markets open up for our seed, leaf, fibre and roots products.

The seed industry will immediately flourish and in some areas of New Zealand the infrastructure is already in place with combine harvesters, seed drying and cleaning facilities. Regional uptake will only expand as markets are established and there is a proven demand. Bankable business plans will also lead to sustainable investment opportunities.

There are significant training and employment opportunities in this new vertically integrated industry in rural New Zealand.  Wealth and investment opportunities will build capacity in small towns creating bio-regional development.  Another agricultural crop helps diversify the primary sector and spread the risk, all while producing and marketing products with huge export potential.

“This is a huge opportunity, for investment in infrastructure and capacity, to create employment, training and business opportunities in regional New Zealand. Industrial Hemp has the potential to revitalise rural New Zealand.”

There is growing public awareness of the many uses for hemp.  Industry and farmers are beginning to get interested in developing the industry to supply some of these uses. Particularly in the construction sector where the East Coast Hemp Organisation in Hawke’s Bay are working on getting their construction method approved.

The hurd/shiv is high in cellulose and can be mixed with a lime binder to make a construction material, lighter than concrete, which doesn’t’ require reinforcing and has great thermal and acoustic qualities.  It is mixed in a concrete mixer and tapped down in between boxing, which when removed leaves a finished interior and exterior wall. It is a very simple, low-input, clean and healthy building material, suitable for floors, walls and insulation.

Although currently not the fastest construction methodology, with greater investment in technology, infrastructure and training, hempcrete has the ability to introduce some much needed competition to the NZ construction supply chain.

Hemp is a good news story and it should be welcomed as a great addition to the New Zealand primary sector. It presents an opportunity to, at least in part, authenticate NZ’s clean, green image while providing significant job opportunities and claiming a stake in a rapidly growing global industry.

New Zealand should be paddling hard to catch this wave. We are blessed with the ideal growing conditions and an image made for producing and marketing such a product. A lucky break perhaps, that promises to be long and prosperous should we choose to ride it.

Yonavjak, Logan (2013). Industrial Hemp: A win-win for the economy and the environment.