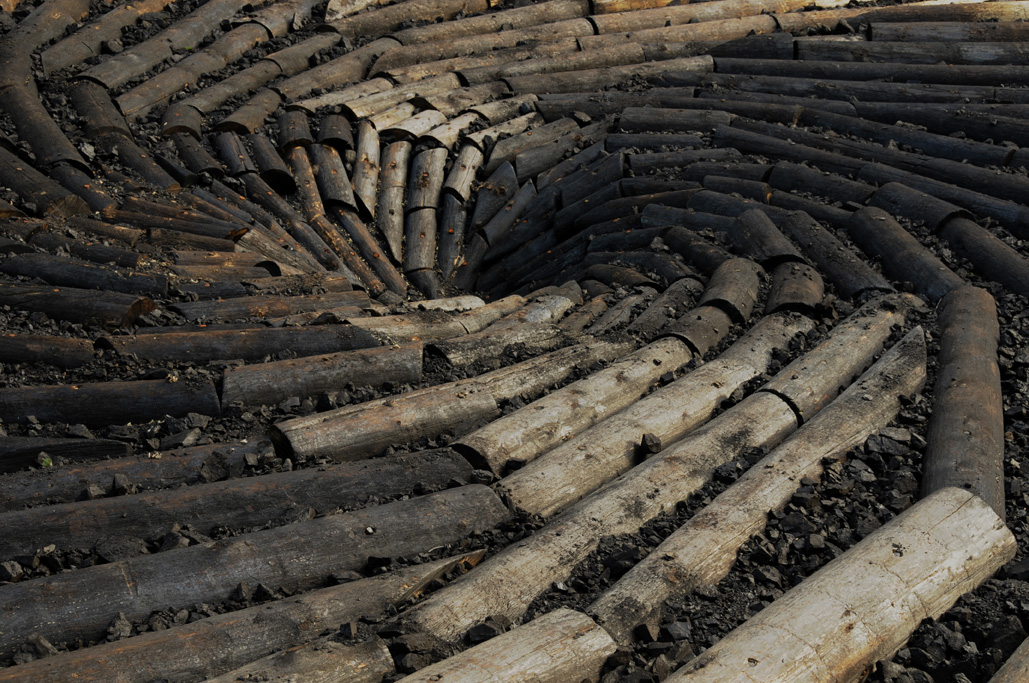 Some wise head once said, “Life is really simple, but we insist on making it complicated.”

So it is with climate change in general—and New Zealand’s Emissions Trading Scheme (ETS) in particular. Friday 5pm is the deadline for public submissions to Stage One of the current ETS Review. You can make your submission here. But if the thought of formulating an opinion on the ETS fills you with dread, don’t feel bad: it is a fiendishly complicated piece of policy.

Sir Geoffrey Palmer recently described the ETS as “481 pages… of words, fishhooks, and traps”, adding that it “fill[s] me with dread as a lawyer.” If that’s the attitude of someone whose job it is to understand these things, how can people with other jobs be expected to have an informed opinion?

But if you’re concerned about the impacts of climate change—and most New Zealanders are—then forming an opinion could be necessary. The ETS, after all, is officially described as “New Zealand’s primary response to global climate change.”

So, if the ETS isn’t succeeding, then neither is our response to climate change.

Sadly, that’s also precisely what’s happening: the ETS is failing by its own standards of success. If this review can’t improve matters, the ETS comes increasingly closer to being seen not as part of the solution, but as part of the problem.

If you want to form an opinion on the ETS, here’s the trick: focus on the outcomes first. Because the ETS is not an end in itself, it is the means to an end, like a “tool” or an “instrument”. And, like any instrument, its success must be measured against its purpose and its function. For example, the purpose of a hammer is to build things. And it does this by fulfilling the function of hitting nails.

The purpose of the ETS, however, is to change behaviour—that is, to encourage New Zealand’s transition from a high-emissions economy to a low-emissions economy. And the ETS fulfils this function by putting a price on greenhouse gas emissions. In other words, the ETS should be rearranging our financial incentives so that people are discouraged from releasing greenhouse gases into the atmosphere (by burning coal, for example) and rewarded for returning those gases to a stable state (by growing trees, for example).

But the ETS is failing on both scores, first to generate a meaningful price and second to change behaviour accordingly.

Let’s start with price. Our domestic carbon credit, the New Zealand Unit (NZU), started out at $22 per tonne of CO2e in 2010. This meant that anyone taking carbon dioxide out of our atmosphere—by growing trees, for example—would receive credits that could be sold on the carbon market for $22 a pop. Emitters would pay the same price for credits to offset their emissions. But the price collapsed soon after, going as low as $0.66 in May 2013. This meant that carbon sinks weren’t sufficiently rewarded and carbon emissions weren’t sufficiently penalised.

At the time of writing, the NZU price has lifted to over $9, at least partly because the Government belatedly fixed in 2014 one very obvious flaw: its open door policy to cheap foreign credits that (unlike the NZU) lacked environmental integrity. 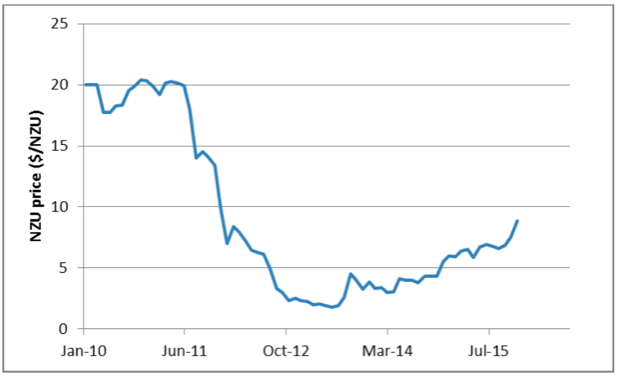 But the problem remains that, even at current prices, the ETS can’t fulfil its purpose. You only need to take a look at the outcomes. Since 2008, net greenhouse gases emissions have risen by 11 per cent up until 2013. If reduced emissions is the behavioural change we want to see—which it is—then the ETS is failing. The other important outcome is forests. If the ETS was fit for purpose, then our forests would be expanding. Yet the evidence suggests that the opposite is true: that we’re in a position of net forest loss.

According to Ministry for the Environment, our rate of net deforestation since 2008 has averaged around 8,500 hectares per year. Similarly, Global Forest Watch estimates our total forest cover has reduced by 139,793 hectares between 2001–2014. And the reason for these outcomes, quite clearly, is the ETS’s failure to generate a meaningful price.

A 2013 survey of ETS stakeholders found that no one capable of planting trees for carbon credits would do so under $10 per tonne of CO2e. Most would do so only if the price was $15–20 or over.  As for deterring emissions, the 2013 survey found that two-thirds of emitters said that the ETS had prompted no emission reductions. However, 24 per cent of emitters said they would reduce emissions if the price of carbon stayed over $20; and a further 28 per cent of emitters would make reductions if the price went over $25.

So why is the price so low? The answers are obvious enough. Indeed some are so obvious that they’ve been singled out as “priority issues” for Stage One of the ETS Review, relating to the surrender obligations for emitters. In principle, each emitter is obliged to buy enough credits to cover the emissions it makes: one credit for each tonne of CO2e. That’s the polluter-pays principle in action. In reality, though, emitters have been sheltered from their full obligations. First, emitters have only been required by Government to surrender one credit for every two tonnes of CO2e. That’s essentially a polluter-pays-half principle.

Second, emitters have been gifted free credits from Government: the so-called “free allocations”. This isn’t unique: the European Union’s ETS does the same thing, for example (although it doesn’t have one-for-two surrender obligations). Yet this already hints to the basic justification for free allocations: countries don’t want to disadvantage their industries in the global market by imposing costs that aren’t imposed on comparable industries by other countries. In that sense, free allocations are analogous to subsidies; they even the playing field.

Of course, there’s something to be said for managed transitions rather than mass disruption, especially when change involves the whole society. And it’s easy to see that early adoption carries risks—although one shouldn’t forget it carries opportunities too.

But the fact remains that these mechanisms have played their part in dragging down the price of NZUs. (Other factors are influential too, but let’s save them for Stage Two of the ETS Review.) While they were originally intended as “transitional measures”, they stuck around far too long, not only softening the blow but stifling the price. It’s left businesses without any meaningful signal to help prepare for a low-emissions future. And agriculture, excluded from the ETS and also from this review, faces no signal at all to build its resilience to change.

There’s a chance here to reform the ETS for the better. The tone of the discussion document—“refreshing in its candour” according to the Forest Owners’ Association—is a sign for hope.

Yet it must also be recalled that, following the 2011 ETS Review, which recommended phasing out the one-for-two surrender obligations by 2014, the Government instead made this and other “transitional measures” indefinite. Capricious and unpredictable adjustments like this have created lingering mistrust, especially among sectors and businesses that are itching for a greener economy. Accordingly, it won’t be enough to simply fix the flaws in the ETS. Ultimately, we need to ensure that the means of the ETS are more closely tied to its ends. We need, in other words, to improve the ETS’s integrity.

But that’s a topic for another day… In the meantime, if you find you’ve formed an opinion on the ETS, then read the discussion document here (especially pages 12–16) and make a submission here by answering the first eight questions only. Also, keep in mind this quote from John Dewey, written way back in 1910: “The very essence of civilized culture is that we… deliberately institute, in advance of the happening of various contingencies and emergencies of life, devices for detecting their approach and registering their nature, for warding off what is unfavorable, or at least for protecting ourselves from its full impact, and for making more secure and extensive what is favourable.”

Now, what kind of culture are we again?