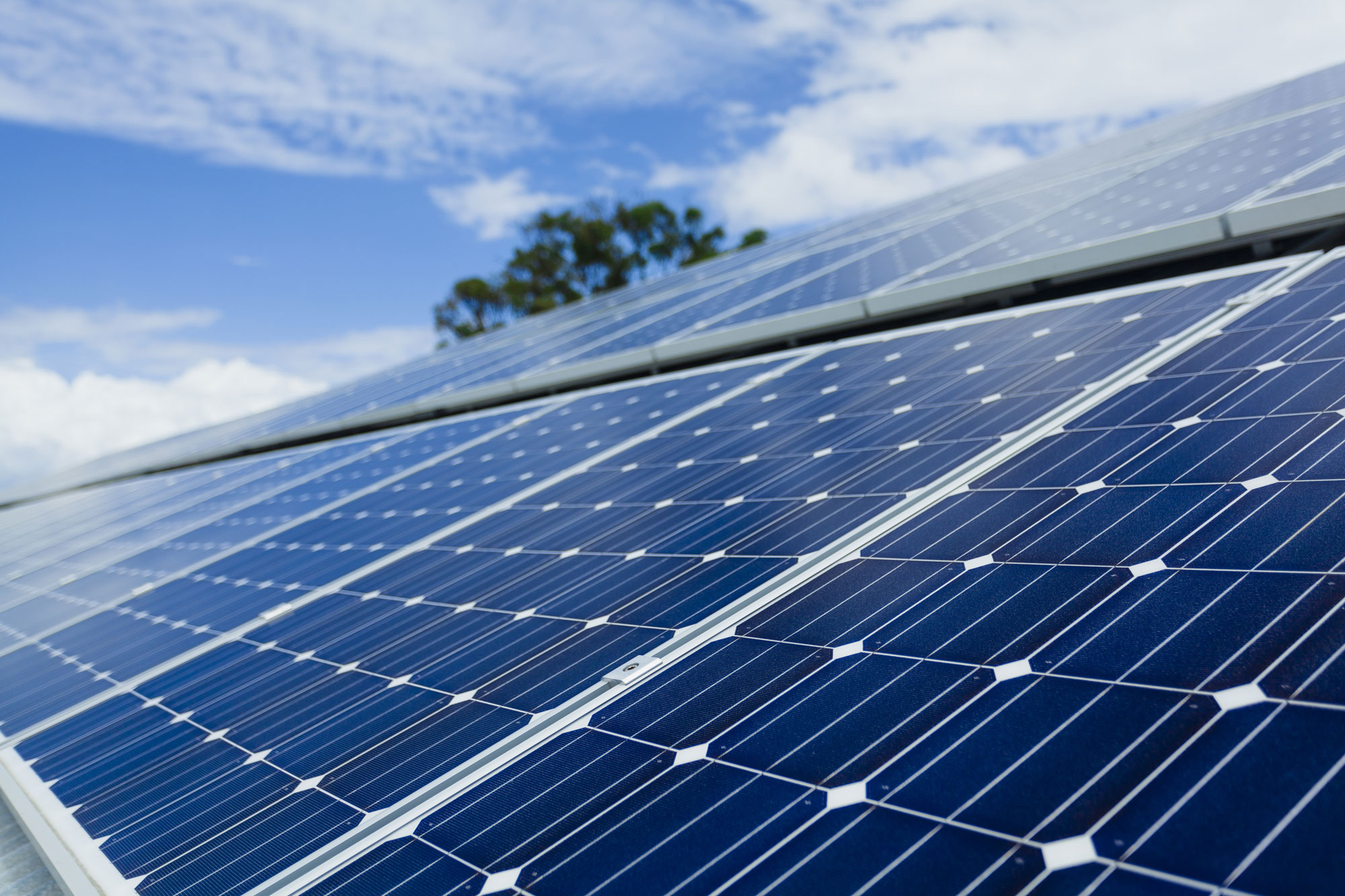 From Think Big to think small

It’s getting tickly now – squeaky-bum time, I call it.

These are the now famous words, for football followers at least, of Sir Alex Ferguson, as his  Manchester United team of 2003 chased down their London rivals, Arsenal. They’re words that accurately describe the state of play in energy right now too.

Boardrooms across the sector are hot with ‘D’ words. Disruption, digitalisation, decentralisation, decarbonisation, democratisation, deregulation. Tipping points loom for an industry that hasn’t really changed a lot over the past century.

This is both exciting and challenging. It’s…well, it’s that time, particularly in electricity.

Be it at a personal, corporate, community or whatever level, we know that change is never easy. The status quo can provide food, shelter and warmth for many. Until, that is, it doesn’t.

We often hear that the New Zealand electricity market and its players are well-positioned to navigate the challenges of new technologies and changing customer expectations. Regularly posited views on this front include New Zealand’s competitive retail market, our high penetration of renewable generation compared to many other countries, and our secure and reliable supply.

Certainly, these are all things we should be proud of and should mean that the coming changes can and should be smoother. But, there are no guarantees. After all, Sky TV and (sorry to remind their fans) Arsenal in 2003 were once well-positioned too.

So, if everything’s so good, why is change in the New Zealand electricity sector here coming, and probably faster than many insiders currently expect? What are the opportunities that this presents from a sustainability perspective, if our industry players choose to move on them (and risks if they don’t)? Will we be a shaper, or a taker, of emerging electricity market models? 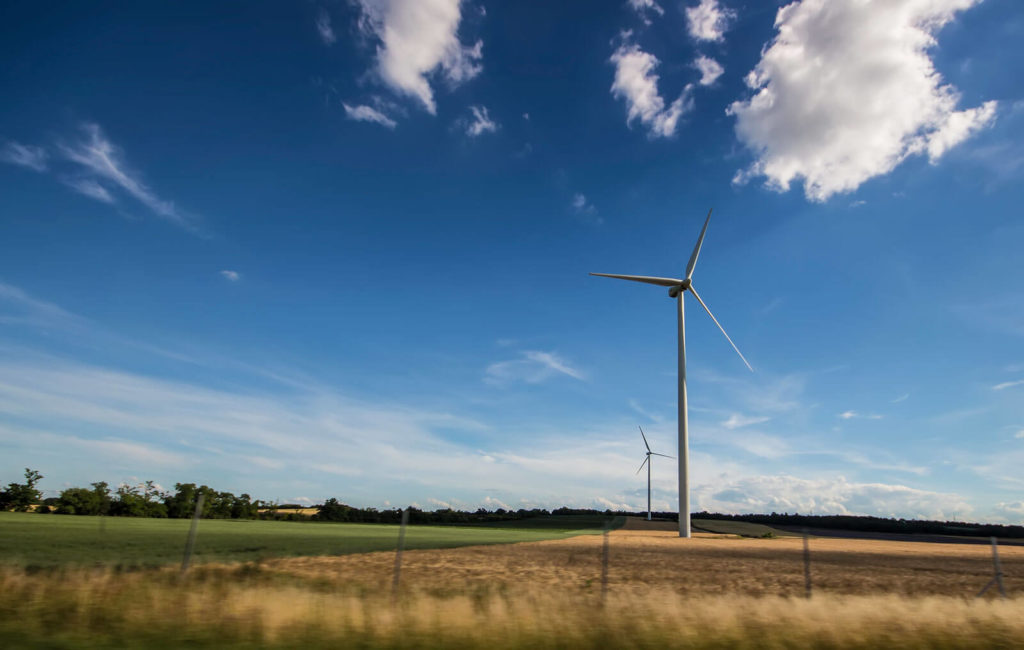 Improvements and sharply reducing costs for solar panels and other small-scale renewables, electric vehicles, smart sensors, batteries and many other related technologies herald an exciting future that is not just coming – it’s already here. But, focusing only on the technologies independent of each other and of other shifts that are occurring risks is, I think, missing the real stories.

For example, it’s possible to look at current take-up rates of rooftop solar, around 16,000 households in New Zealand at the end of 2017, and previous government targets for electric vehicles (EVs), 64,000 by 2021, and reach the conclusion that there’s no sign of business-as-usual being disrupted here any time soon. Our major electricity companies have now all jumped on the EVs parade, which conveniently positions them to leverage their current business models and sell more kilowatt hours to their customers. Is long-term sustainability really the play here? Or short-term shareholder interests?

This is is not an argument against EVs – I want one myself for my family. They are, as pointed out by many others, efficient for reducing carbon emissions here given our high levels of renewable energy. But, the choices here for New Zealand and New Zealanders are not and will not be mutually exclusive, or dictated by suppliers.

Along with doing our bit for reducing the impacts of climate change, we also want a bit more control and transparency, and we are conscious and concerned about increased social inequality in the communities in which we live, work and play. If we’re to have any show of solving these problems, then it’s time to start thinking a bit differently about the role of our electricity market and the services it provides.

To be clear, the ‘market’, including in electricity, has delivered many benefits in the past 30 or so years as our own and many other economies have been opened up to competitive forces. But, there have been clear signs for some time that our markets, in electricity and elsewhere, are not working in the way we want them to. This is largely due to technology-enabled change that should be working for us rather than against us.

We’re told we have more freedom of choice than ever before. For example, many of us can now choose between almost 40 electricity retailers. There’s certainly more price differentiation between suppliers in this market, but is that actually evidence of competitiveness? If I’m locked into service from only one supplier at any given time, how much power (pun completely intended) do I really have? Maybe this is ‘efficient’ from a supply-side perspective, but how well does it work for consumers now and increasingly in the not-to-distant future when alternatives are more accessible? 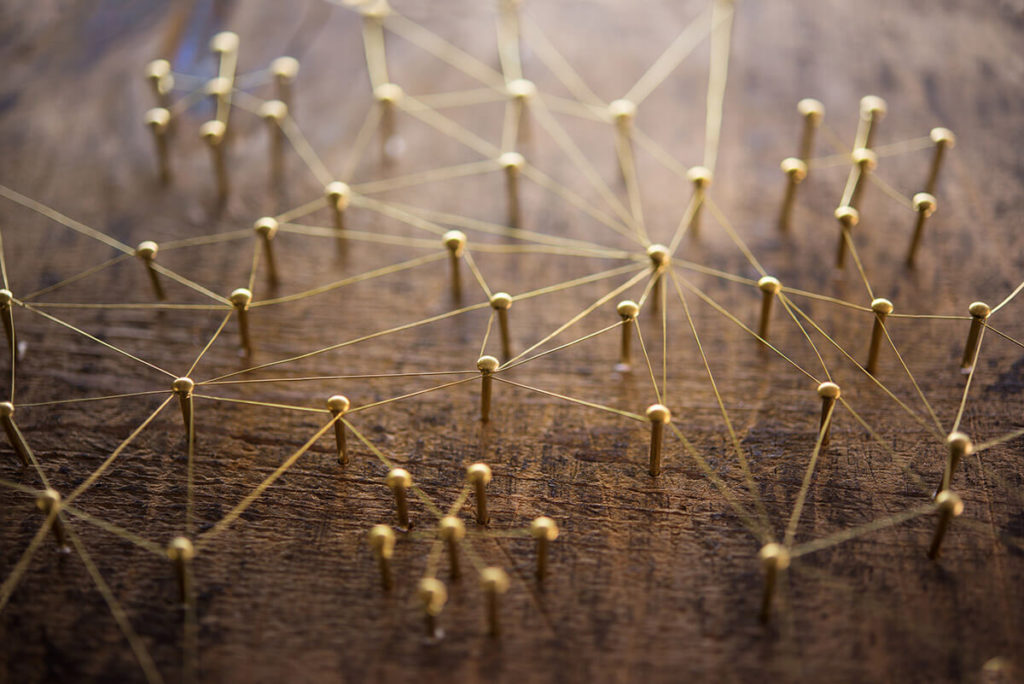 Talk to most early adopters of solar generation and very few of them can tell you about the detailed cost and financial modelling they did prior to installation. Instead, for the vast majority of people who go solar and just like with most other large purchases, there is an emotional element and decisions are being driven by a variety of factors, of which lower costs are just one.

That doesn’t necessarily mean we should look to subsidise solar or other emerging technologies to support their growth. But, we should surely embrace a market trend where consumers are able to make choices based on a mix of their own preferences. This is an example of genuine competition occurring. If adoption of solar causes problems for the electricity industry, including imposing costs on non-solar consumers, then these are issues for the industry and the way it provides and charges for its services, not particular technologies or groups of consumers.

You might often hear that New Zealand is blessed with plentiful supply of clean energy and so there’s little economic or environmental case for shifting away from models that have apparently served us well. But, basing our decisions today on investments made in our electricity infrastructure many years ago is a clear example of a sunk cost fallacy playing out.

The debate over the economic case for solar in New Zealand that regularly pops up demonstrates how the market models and paradigms created over the last 30 years or so have conditioned us to think in an individualistic and zero-sum way, leaving us ill-prepared for the changes that are coming. On one side of the hydro dam are those arguing that early adopters of solar are imposing costs on the rest of us. Down on the plains are those shouting back that they want higher rates for their excess generation that they sell back into the grid, which lacks understanding of the difference between retail and wholesale markets.

The future globally is certainly about renewable energy. And, by the way, that’ll likely be a combination of hydro, solar, wind, geothermal (and tidal?) here in New Zealand. 100 percent renewables targets are not only laudable – they are very achievable. But, as Jeremy Rifkin argues, the more significant story from a sustainability perspective is about the convergence of energy, communication, and transportation technologies.

This is taking us towards a more distributed, local future where essential services such as electricity are increasingly managed and shared at a community and regional level. Classic economic thinking is ill-suited for properly analysing and securing the potential benefits of this transformation for New Zealand. We need to demand higher levels of renewable energy, and more regenerative economic and business models too. 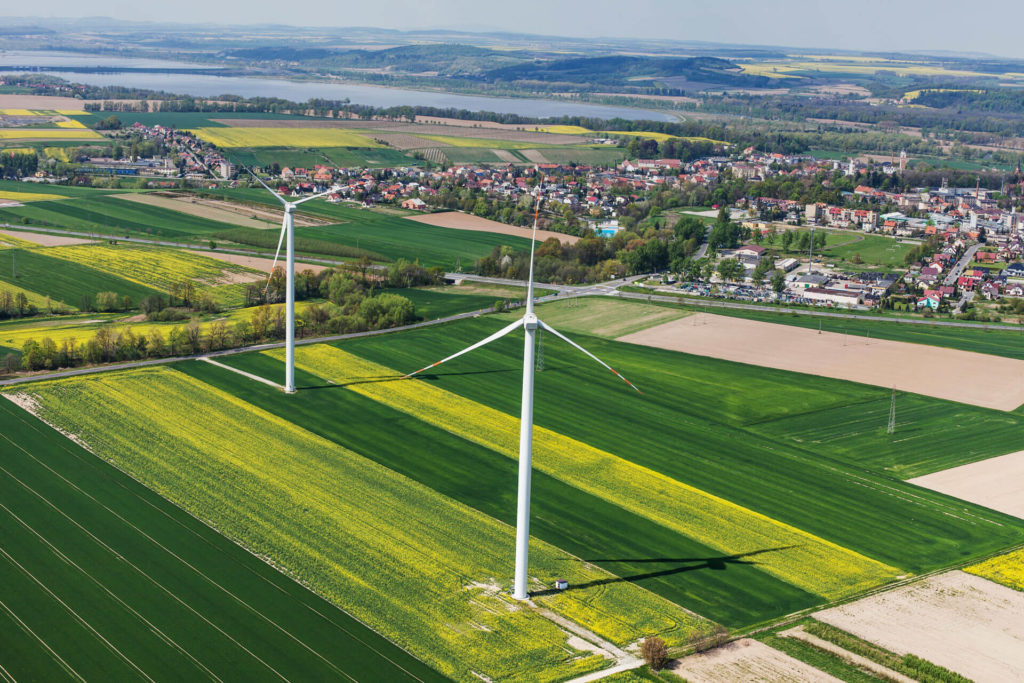 This means that we need to stop pretending that investments in new energy technologies can and should only provide benefits to the individuals making those investments. Just because these new assets may be privately held by prosumers or other non-traditional energy sector parties doesn’t mean we shouldn’t treat them as potentially shareable assets.

The Waitaki power scheme was built to benefit people all over New Zealand, not just those in the South Island or one company’s balance sheet. Similarly, the financial and other benefits of small-scale renewable generation, including rooftop solar, can be assessed at a community level not just for an individual household.

Around the world, financial, human, environmental and manufactured capital are all being diverted away from the large, centralised systems that have served New Zealand well for many years. The clear risk here is that we will find ourselves increasingly isolated and make it more costly to attract the capital we need here if we don’t make similar moves too. Instead, confluence of the global and the local presents an opportunity to make our communities stronger, our businesses more productive and our environment more liveable – why would we not aspire to and invest in that?

Electricity is an essential service for developing and prosperous economies, but its value is far surpassed by trust. It’s the latter we need to work on. As Tony Featherstone recently wrote in The Age:

“Most of all, we need companies that have real conversations with communities, not just investors. Companies that are willing to put the needs of stakeholders (that is, us) ahead of shareholders if it’s the right thing to do. And respectfully listen to stakeholders, not just try to baffle them with jargon or corporate spin.”

Our Energy, a start-up that I am a co-founder of, agrees. The combination of climate change, flatlining productivity and increased levels of obvious energy hardship mean that we must adapt our thinking and our behaviours – as individuals, as businesses and as communities.

It’s time to move on from Think Big, and start thinking small and from the edges instead, as that’s where all transformation begins. The old arguments and assumptions behind having large integrated power companies and, in New Zealand’s case, taxpayer owned ones may increasingly no longer be relevant for our future needs. 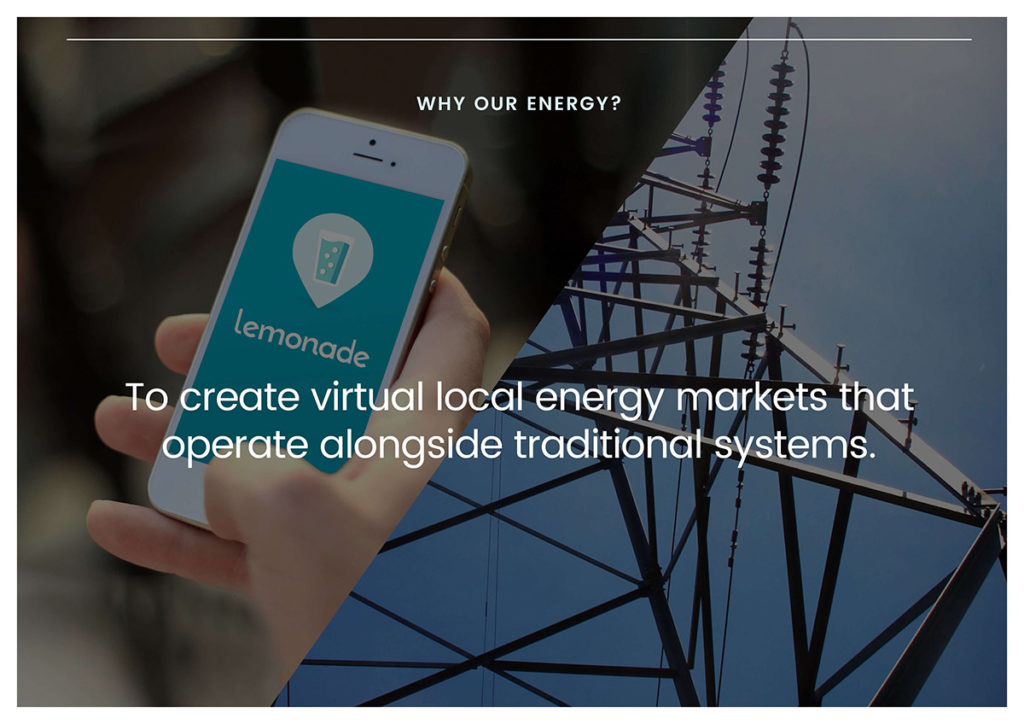 Our first response is the design and development of Lemonade, a user-friendly platform that allows retailers and other participants in competitive electricity markets to offer their customers the chance to buy, sell and gift clean, local energy (pilots are due to begin in NZ and Australia over the next few months).

The evolving story in electricity markets and grids is not an industry-centric one. Utility conference halls around the world are filled with excitable discussion about the prospect of intelligent, transactive grids, demand response, and virtual power plants. Such initiatives are typically accompanied by various financial rewards for consumers.

But, are those issues relevant for conversations with a new and expanding generation of customers? People who increasingly value a bit more choice, control, community and transparency, along with less complexity in their lives.

There must be better and more sustainable ways of achieving the change we need without bombarding consumers with the problems and complexities that the energy industry faces. Instead, I reckon the opportunity is to engage people with value-added services that are 100 percent clean, based on their own openly accessible data, connective to communities, and therefore relatable to the lives they actually lead.