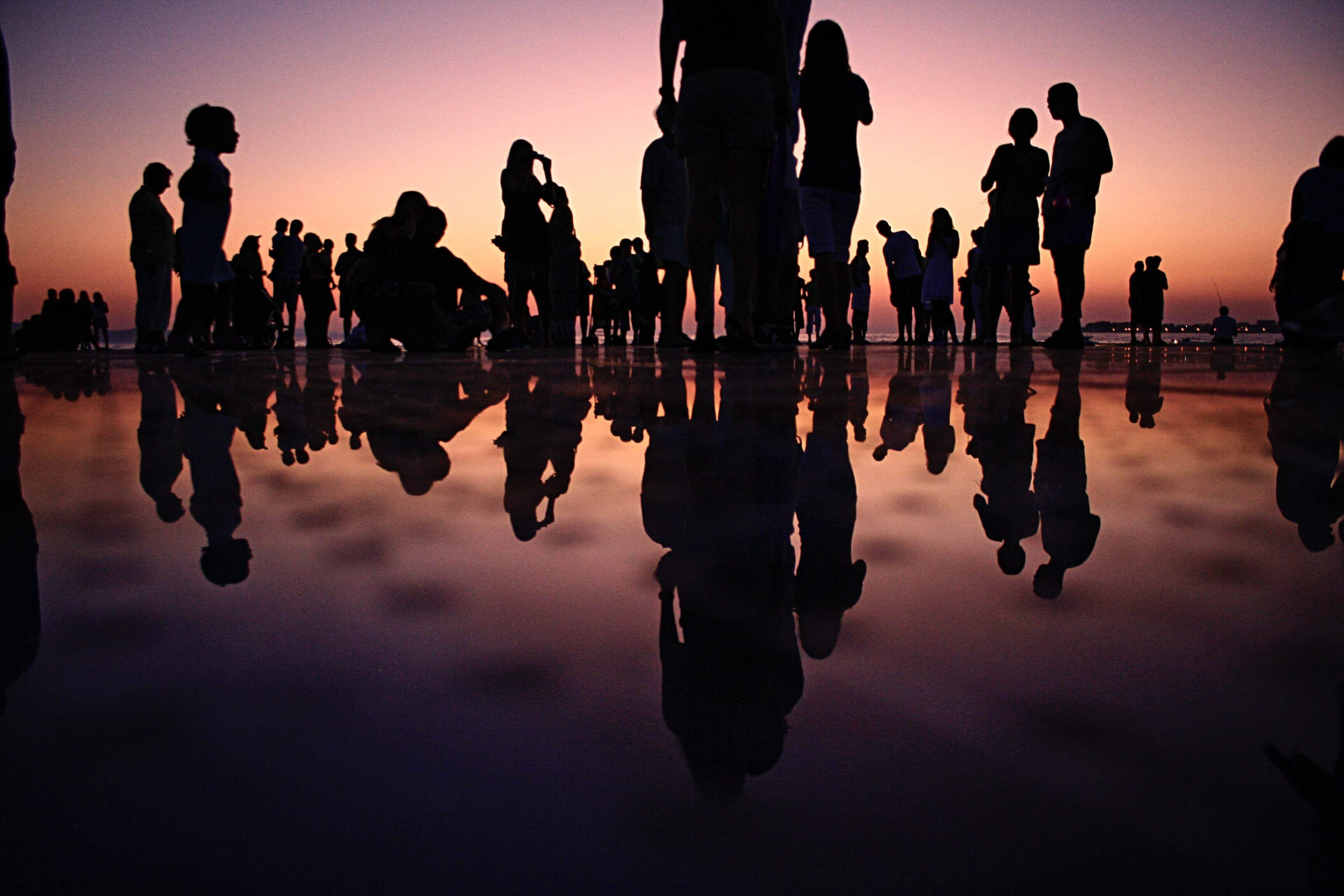 The value proposition of the Blue Economy for local communities

In my last article I touched on what it means for the ocean economy to be blue; exploring definitions of the Blue Economy and highlighting in particular, the need for sustainable growth in our oceans to meet a variety of economic, social, cultural and environmental outcomes. In this article, I explore how local communities can benefit from the Blue Economy and illustrate how alternate measures of success can change the way we generate greater value for people.

Over the last twenty years, there have been increasing concerns about the suitability of macro-economic measures such as GDP, as a gauge of people’s actual current and future living conditions. These concerns sit within a broader debate surrounding whether hard statistics are appropriate measures of societal well-being. In recognising the potential short-comings, there is growing interest from governments globally in developing more holistic, non-monetary measures of human well-being, and shifting towards an intergenerational long-term view of the impact of policy on the quality of people’s lives. This new style of thinking has been labelled the Well-Being Approach, and in a nutshell, seeks to embed the concept that we shouldn’t be making decisions about growth for the sake of growth, but rather we should look at a person’s overall well-being as a measure for success. 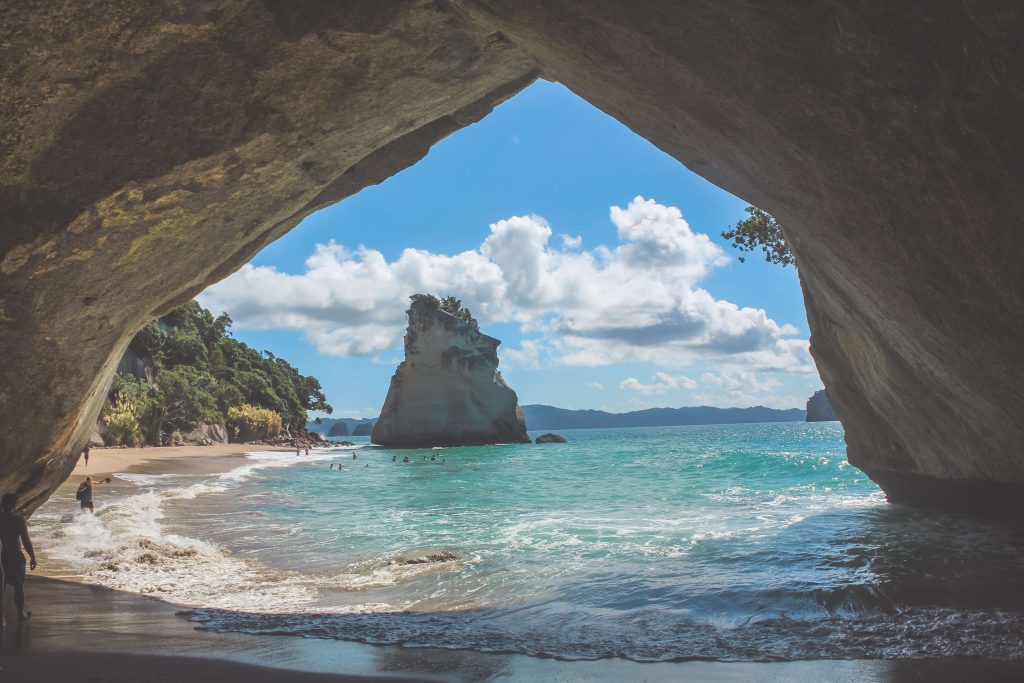 There is a general lack of consensus on the definition of well-being; terms like happiness, life-satisfaction, and quality of life are all used interchangeably with well-being. The OECD (2011) argues that a common understanding of well-being is that it requires meeting various human needs, some of which are essential (e.g. good health), and includes the ability to pursue one’s goals, to thrive and feel satisfied. The World Economic Forum and the OECD suggest that measuring the “subjective wellbeing” of people can be tied to four fundamental factors: Economic, Social, Cultural, and Environmental; commonly referred to as the Four Capitals. As we attempt to interweave value to communities from the Blue Economy, it is critical that governments, international organisations (e.g. Food and Agriculture Organisation) and socially-responsible private investors can link outcomes back to these measures. 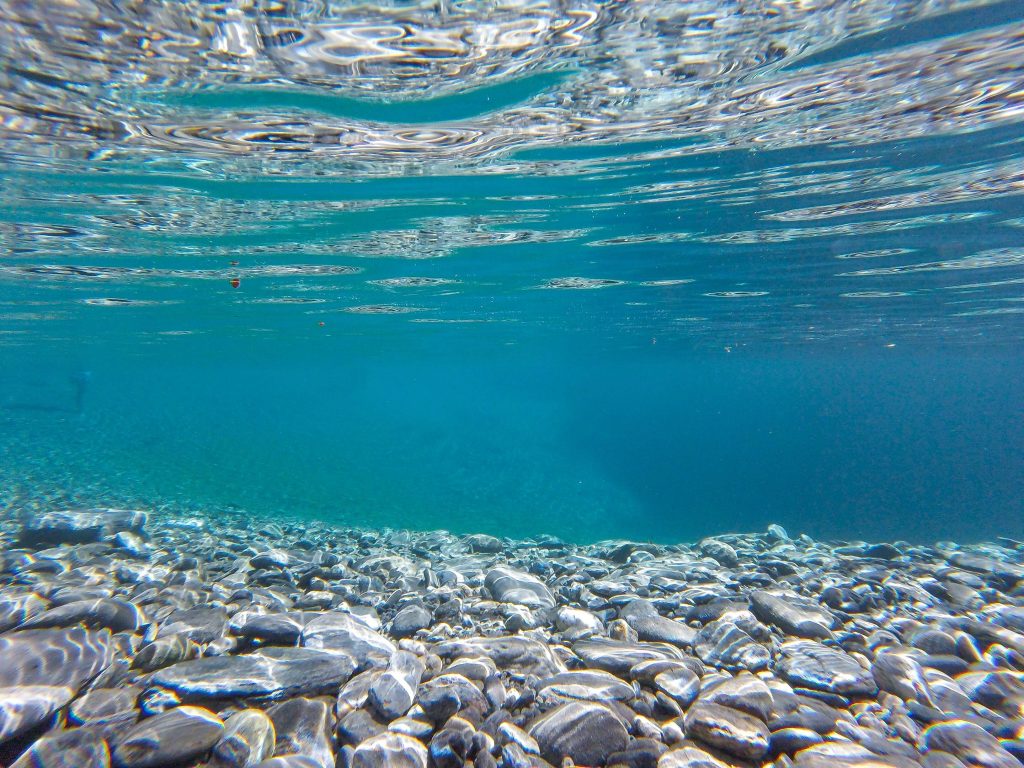 With the announcement of the New Zealand Government’s 2019 Well-Being Budget, the country joins a small group of like-minded nations such as Bhutan and the United Arab Emirates (UAE) who incorporate well-being/living standards frameworks into policy.

The UAE’s recently created National Programme for Happiness focuses on quality of life as a practical tool to achieve happiness and is seen as a collective responsibility shared by all ministries and federal and local government agencies. In 2016, the UAE established a new post – Minister of State for Happiness and Wellbeing – who has since led the development of a National Strategy for Quality of Life 2031. This strategy includes 90 initiatives over the next ten years, that work towards enhancing the overall quality of life in the UAE, and promote the development of vital sectors (e.g. food security) that affect people’s lives.

Although the New Zealand Government is yet to establish a dedicated Minister for Happiness and Wellbeing role like in the UAE, the creation of the new living standards framework is expected to encourage greater consideration of sociological and environmental impacts in both public and private project development across the entire economy.

Perhaps one of the more tangible examples of how New Zealand is looking to interweave a Four Capitals approach to the sustainable development of the ocean economy is through the government-funded National Science Challenge initiative.

One of 11 Core Science Challenges, the Sustainable Seas/Ko ngā moana whakauka programme is receiving $71.1m over 10 years and is focused on enhancing the use of New Zealand marine resources within environmental and biological constraints. Utilising a collaborative and diverse approach, the aim is to;

One of the key research focuses on the Sustainable Seas theme is a stocktake and mapping exercise for the Blue Economy in New Zealand. This will explore five broad and overlapping marine sub-economies (iwi, techno-science, commodity, community, and small business), and investigate the connections between them. Consideration of contemporary mātauranga Māori and the overall value proposition to communities across the Well Beings will be central to the overall findings of this work. Ultimately, the final result of this research will be a tool/framework that will enable proper decision-making processes as we seek to develop the Blue Economy.

Generating new value from the ocean can occur in three different ways.

Each of these pathways is centred on a multi-disciplinary approach to resource management that recognises a social, cultural or environmental benefit to each individual project. It is also important to note that bottom-up innovation from communities and individuals who look to extract greater value from their marine resources is a key component in each pathway.

With the socio-political landscape within New Zealand increasingly recognising the need for communities to contribute more meaningfully towards the development of the Blue Economy, there is greater opportunity for a community to directly influence their own social and cultural wellbeing and manage their environmental impact by being involved. This approach, although only starting to get a foothold, represents an exciting way forward in true multi-stakeholder collaboration.

Overall, increasing public awareness of environmental impacts and views around corporate environmental responsibility combined with a government requirement to incorporate a Four Capitals approach to resource management (in New Zealand) means that Blue Economy investors are more frequently expected to demonstrate positive outcomes to the proposed activity within the overall socio-cultural landscape.

Although economic development in the global context is unfortunately still generally considered at odds with environmental or social enhancement, the gradual uptake of the wellbeing framework in the Blue Economy is set to change growth in marine sectors for the better.

Covering an area of some 11,000 hectares, the Veta la Palma estate is one of the largest privately-owned properties located in the municipality of Puebla del Río (Seville) on the Atlantic Coast of Spain. Up until the 1970s, the estate was subject to extensive livestock farming, with the Argentinian owners transforming much of the natural wetland habitat into grazing fields. In 1982, the Argentinian owners sold the land to the Hisparroz, S.A. group (a Spanish food production company). Following several years of planning, the company was authorised by the General Directorate for Fisheries of the Andalusian Regional Government to introduce fish farming to the area.

Initially using 600 hectares of the estate, the fish farming project was gradually extended over the last two decades to reach ~3,200 hectares. These zones are flooded with high-quality coastal waters which provide a habitat to the significant population of fish and crustaceans which are reared on the farm (1,200 tonnes produced annually). A further ~3,200 acres is dedicated to dry crops and some livestock, and 400 hectares to the cultivation of rice. The remaining ~4,800 hectares are maintained to preserve the original biotope of the wetlands.

The rich habitat of the wetland generates a significant secondary production of crustaceans and other aquatic invertebrates which make up the trophic basis which supports both the reared species and a large number of birds which are present in the area at any time of the year. The total bird population of Veta la Palma can reach 600,000, including some 250 different species, of which approximately 50 suffer some degree of threat. As such, the artificial wetland habitat re-created on the estate plays an essential part in the conservation of many migratory and resident bird species, and also supports a thriving tourism economy based on birdwatching.

The Veta la Palma aquaculture facility is a key asset for the socio-economic development of the area. The farm, which began operating with only 4 employees, currently generates some 100 direct jobs and many others which are indirectly related. As such, thanks to the economic benefits it generates and the territorial implications of its management, the farm has become an essential element in the entrepreneurial fabric of the community.

Today, Veta la Palma is a fine example of integrated intervention and blue economy development, whereby the creation of wetland habitat for fish farming and the interaction of this process with other activities on the estate, have enhanced the environmental quality of the area, whilst generating new economic and conservation values based on principles of sustainability.