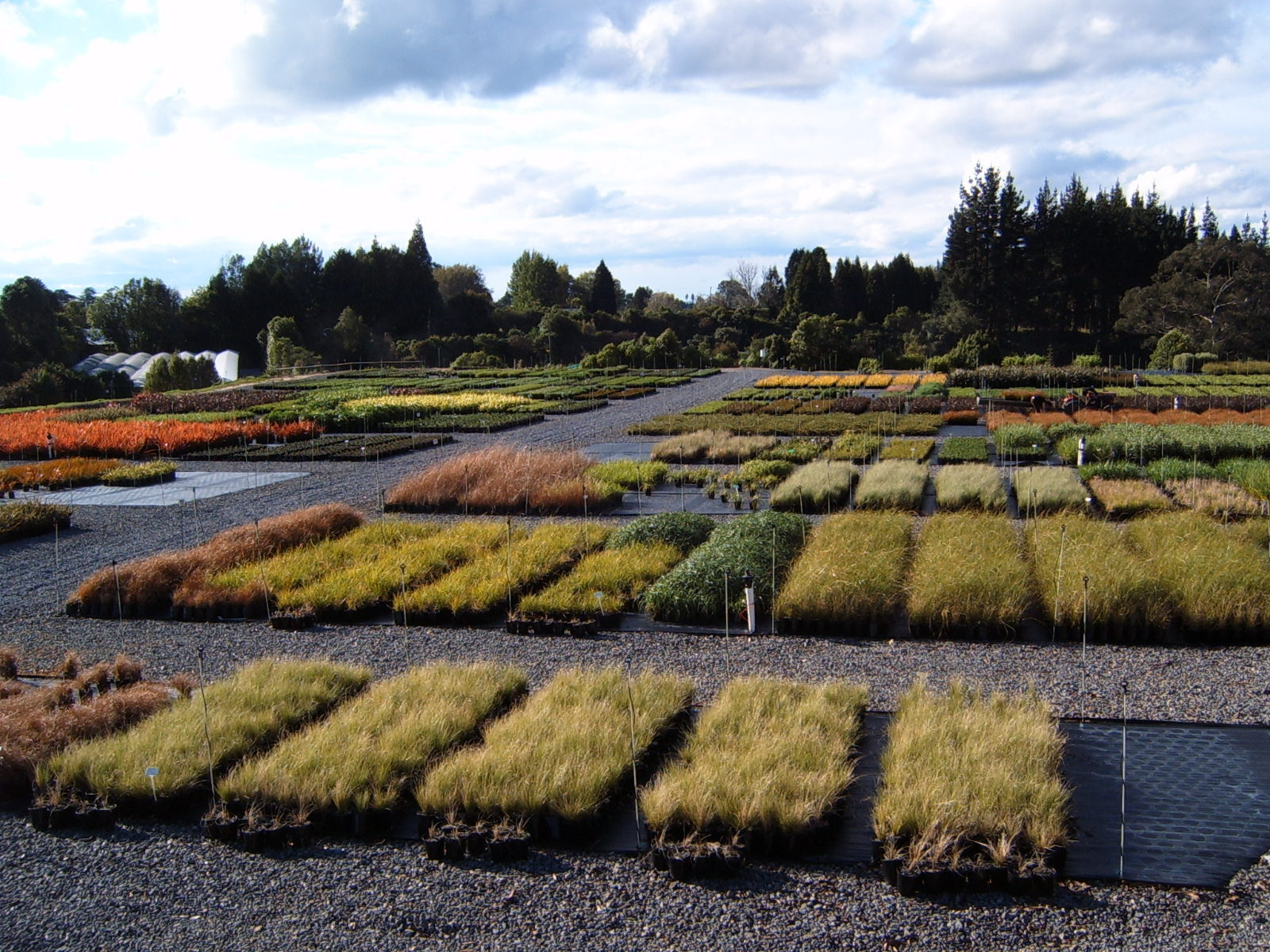 The State of the Native Plant Nursery Industry in 2021

Planting programmes like The One Billion Trees fund present incredible opportunities for the native nursery industry. However, they also present challenges that will need to be carefully considered by all who are involved in the industry, be they producers, specifiers or users of plant material.

The One Billion Trees programme and the awareness that we need to do something quickly about climate change is putting considerable pressure on the industry to produce native plants in volumes that have never been done in this country before. New Zealand has a very small nursery industry by international standards. There are only a handful of large plant producers alongside many small nurseries employing less than 5 people. Many of the small nurseries are family operations selling plants locally or at farmers markets. In recent years, several major native plant producers have closed, and others have retrenched.

Production costs and plant prices are a significant issue

The cost of native planting stock is often compared to the cost of radiata pine seedlings. Our native plant nursery industry is geared to container production, which has a much higher cost structure. Efforts to reduce production costs have centred around mechanisation. The New Zealand nursery industry has been slow to mechanise, mainly because few nurseries are of sufficient size to make it viable. This is slowly changing, though it may not be fast enough to meet the needs of the Billion Trees programme.

Volume production is also limited by the requirements for eco-sourcing

Eco-sourcing requires plant material to be from seed sourced from the area in which it is to be planted, e.g., within the ecological district. As we have many ecological districts in New Zealand, this presents significant logistical problems for the nursery grower. If the grower is to produce plants in the volumes required, they will need to either grow plants from every district, which creates logistical problems, or restrict their production to plants sourced from a few specified ecological districts. A solution to this would be for an industry-wide agreement to broaden the eco-sourcing concept to regions or even combined regions. 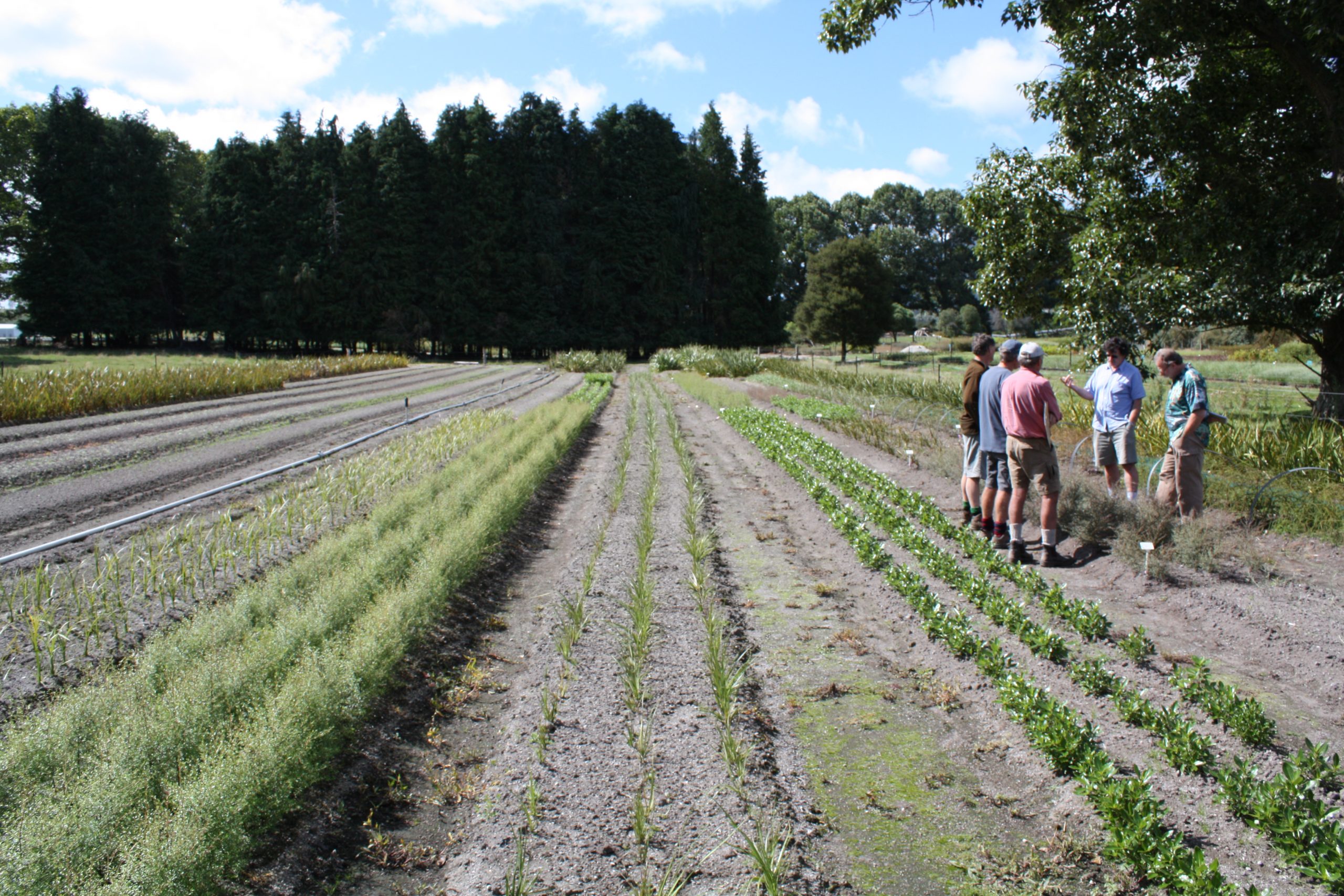 New Zealand is one of the few countries in the world that does not have plant standards for producers to adhere to. (Some of these are lengthy documents running to over 300 pages). Here, several nurseries have established their own standards for internal use to ensure quality and at least one of these internal standards has been used by specifiers in contract documents. Until the industry gets its act together and produces a common set of standards, there will always be wide variations in plant quality, and the resultant success or otherwise of planting projects.

Is specialisation the answer?

Overseas nursery specialisation has resulted in growers being able to increase production to the point where they are able to produce huge numbers at extremely low costs. Many large growers in the USA and Europe, and the forestry nurseries supplying the plantation forestry industry here in New Zealand, produce only one species of plant and do it well and at low cost. Here most native nurseries are general growers growing a wide range of species. The industry is renowned for looking over the fence and producing what the chap next door is doing well with. To reduce cost and increase volume we need to specialise. For example, there are opportunities for a grower to produce just manuka, or only native timber trees. However, the constraints that the eco-sourcing concept puts on the industry limits the ability of native plant nurseries to specialise like this.

Large nurseries producing large volumes of plants will inevitably need to transport plants around the country. With this comes the issue of biosecurity as we have seen with PSA in Kiwifruit and Painted Apple Moth in the 1990s, and more recently with Argentine ants, kauri dieback and myrtle rust. How do we ensure we are not spreading unwanted pests and pathogens in potting mixes and on the plants themselves when plants are moved from a nursery to a planting site in another area? This is also an issue that needs to be addressed in a National Plant Standard, which should include the certification scheme designed by the NZ Plant Producers Incorporated (NZPPI) to help producers identify, control, manage or avoid biosecurity hazards in their nurseries. 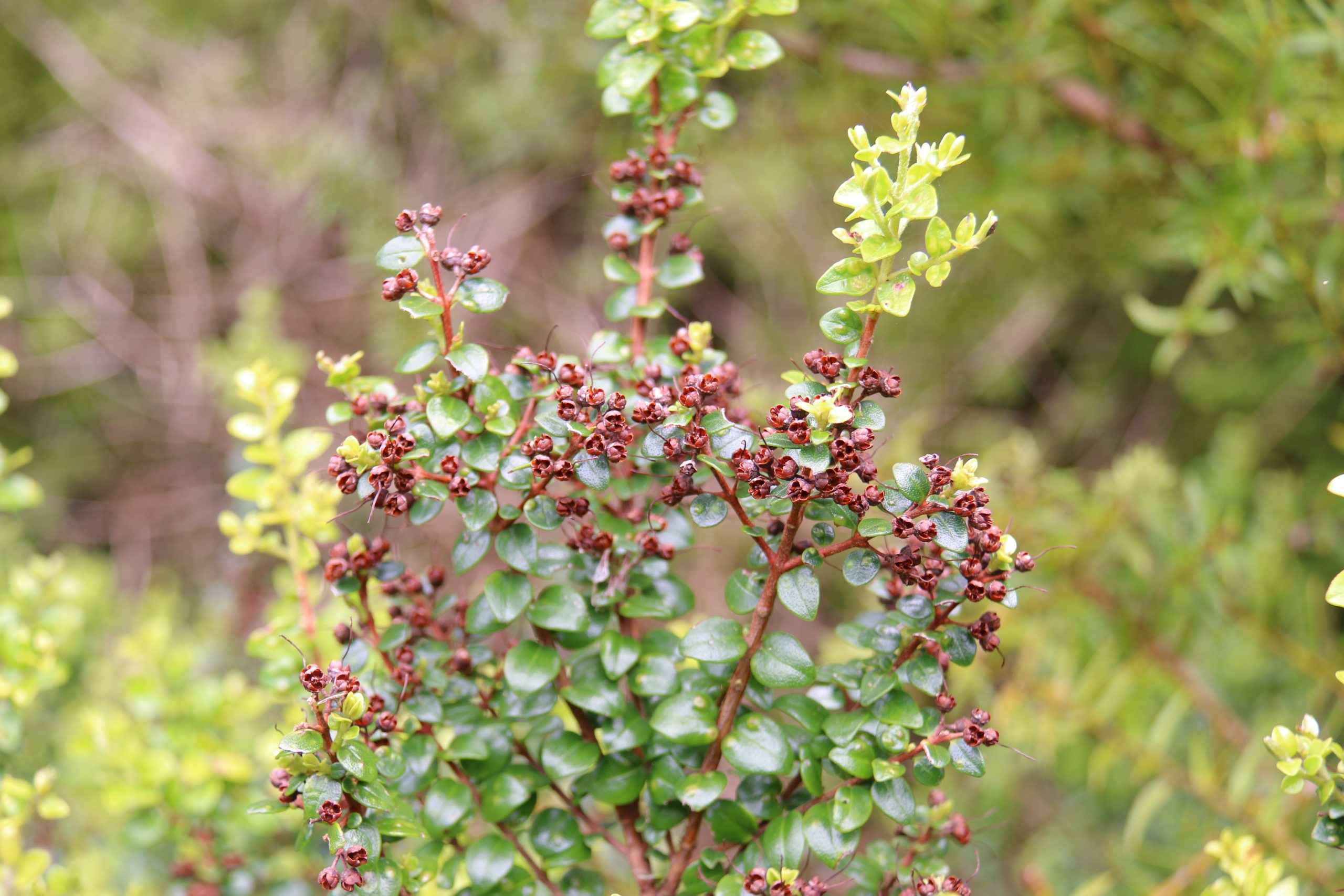 A code of best-practice or national standards is needed

This would need to include:

The industry would benefit from investment but there are confounding issues. There is an unfair business model within the industry. Many nurseries have been set up as charitable trusts. These trusts have admirable objectives, be they environmental restoration, employment provision or providing opportunities to the disabled. However, they have both funding and tax advantages that create an ‘uneven playing field’ for nearby commercial nurseries. Until a solution for this is found there will be limited investment in the industry.

Over the years the skill levels within the industry have declined. This started in the 1980s with the demise of nursery registration and then the winding down of the nursery apprenticeship programme. The formation of the Industry Training Organisation in the 1990s was an attempt to turn this around but has not had the wide industry buy-in that was anticipated. In recent years, the number of credits required to achieve a basic certificate has been reduced to make it more achievable. Whether this achieves a higher-skilled workforce for the industry remains to be seen.

The industry needs to attract school leavers who are high achievers and train them well to help drive the innovation and growth that will take the industry forward in the coming years. The attitude that horticulture is for those who are not academically inclined needs to be quickly dispelled especially within our secondary schools. We need the best in the nursery industry!

The industry has come a long way in the last 20 years but a higher level of professionalism amongst the smaller growers is a must. This is difficult to achieve without knowing who these growers are. In New Zealand, we have no system of nursery registration, unlike other parts of the world.  Nursery registration would put a small but significant barrier to entry into the industry, which could be of benefit in a number of ways. Not only would it ensure improved plant quality, but it would also be an incentive to increase professionalism.  Also, with the increasing threats of biosecurity incursions, the industry must have a system in place to be able to trace every grower in the event of a problem. 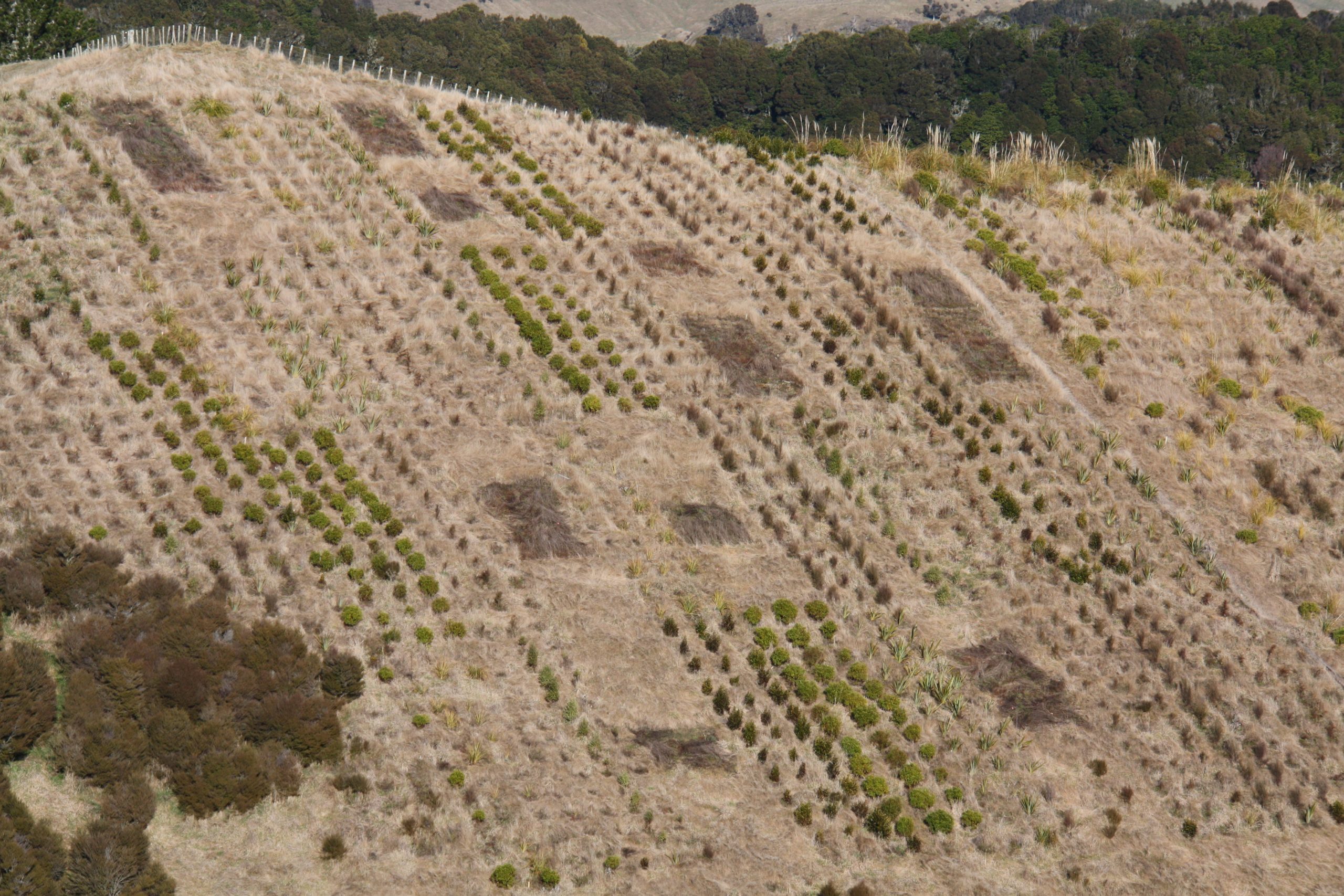 Marketing the industry as well as the plants they produce is an important function that is not being done very well at present. The promotion of the whole Seed to Tree concept could be valuable for increasing public awareness and promoting the planting of trees. We need to make the most of the opportunity that comes with the huge problems that climate change presents and this needs to be done now.

Initiatives that will provide future opportunities for the nursery industry include promoting and marketing the concepts of: