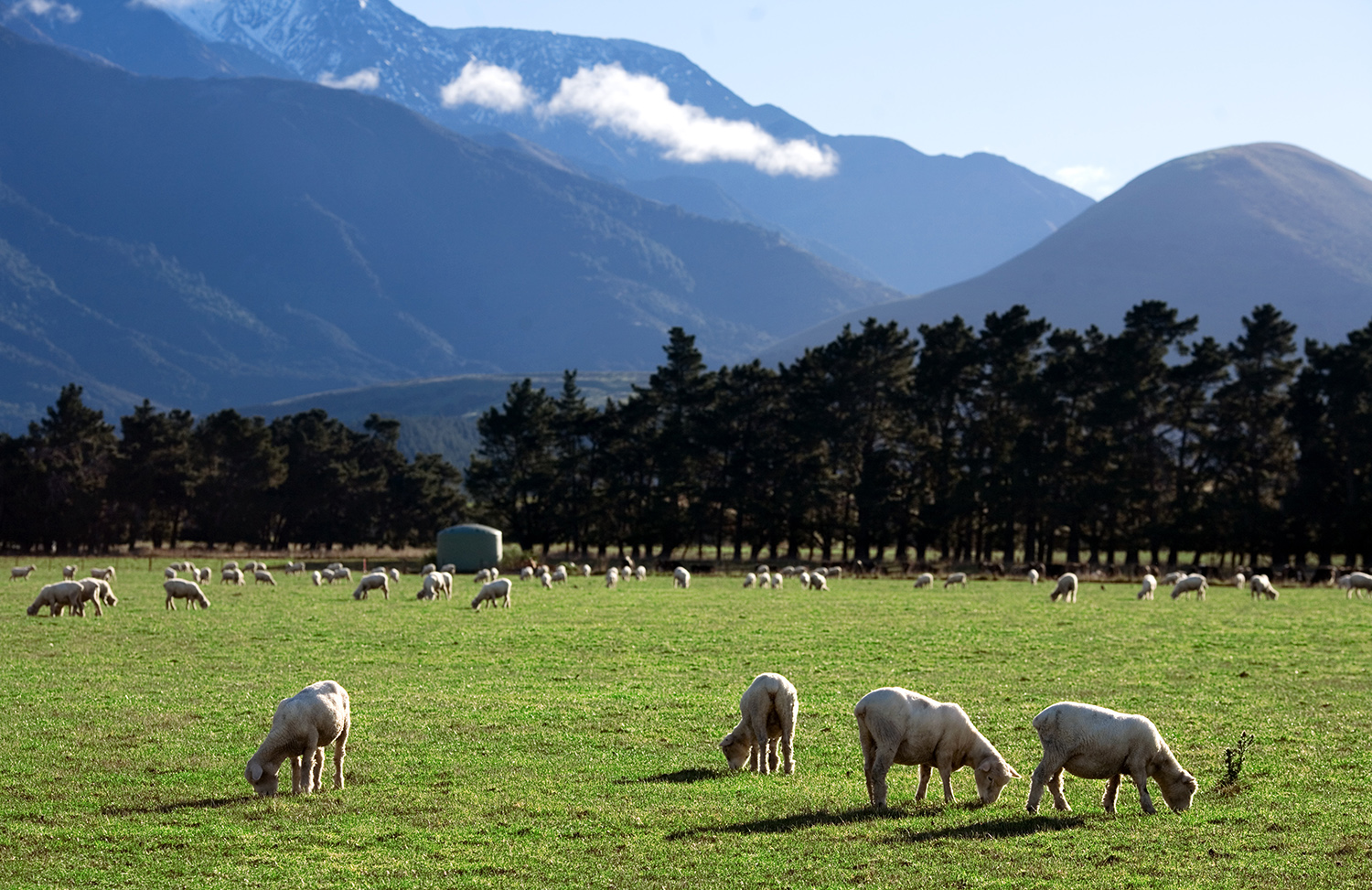 Richard Conroy grew up on a Southland farm, a boy with mud on his gumboots but a head for electronics. When his parents bought him an electric train set for his tenth birthday, he says, “I was far more interested in how the thing actually worked than in the trains themselves. Over the years I developed a real passion for automation, remote control and telemetry.”

Fast forward several decades and Richard has managed to combine that passion and his childhood familiarity with the farming world into a business. His Invercargill-based firm Electronic Specialists design and manufacture automated monitoring for effluent systems, bores, water troughs, and electric fences, helping farmers to operate their properties as efficiently and sustainably as possible. Example: a farmer gets a text on his cellphone alerting him to a pressure issue with his water trough, potentially a leak that would waste a precious resource and leave his cattle dehydrated.

The idea for the business was seeded soon after Richard completed a radio and electronics apprenticeship. Visiting a farm to fix a television set, he was invited to stay for a cup of coffee. “The farmer kept looking out the window at his horse. He said ‘I wish you could make me something that would tell me when my horse foals. My wife and I have been taking turns sitting up at night watching over her.’ I thought ‘Man, that could be an interesting thing to make.’ So I went away and developed an alarm, a transmitting device that you put on the horse that signals when a mare lies down to foal.”

The genesis of the foaling alarm was typical of the way he operates, which is about keeping your ear to the ground and listening to what farmers need. “Our business does a lot of work for farmers, servicing electric fences, electronic scales and so on, and has done for many years. When you’re mixing with farmers they will sometimes say ‘You know, it would be really handy for me to know this, or to know that.’ So these things come to you. And a lot of the functionality in our systems comes from being out there with farmers, observing where we can save them some time and help them out.”

Take, for example, the company’s effluent monitoring system, which arose from yet another conversation with a farmer. “He said to me ‘Could you put something on my travelling irrigator that would turn it off if something goes wrong?’ That was the start of it. That first system was quite basic, because no one had done anything like that. But once it was out there on farms and being used, you could begin to see other requirements. Like, that very first system didn’t include a remote start function, which we later added.”

He’s not blazing an entirely new trail here. Automation and remote monitoring are increasingly part of the New Zealand farming scene, driven among other things by tougher regulations and a recognition of the wisdom, environmentally as well as financially, of running properties more efficiently. But Electronic Specialists, whose products are sold under the Farmtrenz label, perhaps stands out for the sheer number of options it offers for on-farm monitoring, including field moisture monitors and water tank monitors, as well as those listed above.

What do these systems deliver for farmers and the environment? Richard says the answer varies depending on the individual product. Monitoring soil moisture, for example, gives farmers at least a week’s warning of what is happening in the soil before the results can be spied on the surface. Measuring soil temperature helps them to judge when to put on fertiliser safely and to predict grass growth. An electric fence monitor, meanwhile, allows a farmer to check for a malfunction remotely.

“They can look at a computer screen and say ‘That’s ticking away nicely, I don’t need to go all the way down to the end of the farm to test that fence, so I’ll get on with something more productive instead.’ Same with monitoring water tank levels. All that information comes back into a central computer and the farmer can see at a glance that everything is going fine’.”

On the other hand, electronic monitors can alert farmers to problems. Richard cites the above-mentioned example of a monitor highlighting a leak on a water trough system.

“Not only is that leak wasting valuable water resources, but they dose chemicals through those lines as well, and if that is leaking out of a line somewhere underground it could be going into the creek. The other benefit is that they can see how much water their animals are drinking. I had a dairy farmer say to me ‘If it hadn’t been for your equipment I wouldn’t have known my cows didn’t have any water until I got them to the shed, and by then it would have been too late.’”

Electronic monitoring can also ensure farms are running at optimum, and thus help farmers comply with environmental regulations. Richard cites the example of a travelling irrigator monitor, which keeps a watchful eye on the spraying of effluent over paddocks. Information is sent back to a control box, which automatically shuts down the pump if the irrigator is moving too slowly or stops for any other reason, with the fault displayed on a computer screen.

Importantly, unlike some competing versions, the system monitor pressure at the application end rather than at the pump. “You could have pressure of 80-90 psi at the pump, but that doesn’t necessarily mean you’re getting that same pressure a kilometre-and-half down the farm. And it’s what is going on the paddock down the farm that is important. Measuring pressure there gives you a very good indication of just how effectively your effluent system is running.”

Why’s that important? “It’s a game-changer. In the past, a farmer would hit the ‘go’ button, hear that the pump was making a noise, note the sump was getting lower, and think ‘Job done.’ Problem is that if there is a blockage in the line, or the application device isn’t functioning properly, then in fact the job isn’t getting done, but no one would know because it’s not being monitored. And there are numerous things that will cause a system to shut off. So monitoring really forces a farmer to ensure everything in his effluent system is up to scratch, because it highlights weaknesses in his system.”

You can’t effectively manage what you can’t measure, he notes.

“If you can measure what is going on on a farm, then you can ask ‘Is this running efficiently and doing the job?’”

“So our products can help farmers to be compliant, and to give them some peace of mind. We have numerous clients who say ‘It’s great, I can irrigate at night now, because I know that if anything goes wrong the system will shut down.’”

It’s a brave new world, alright, and even the most hardbitten of veteran Southland farmers are beginning to concede the potential benefits of electronic monitoring on their properties. How far do you take it, though? Potentially, says Richard, you could entirely cover your farm in sensors and have data beaming into your laptop or cellphone every hour of the day.

“But you have to strike a balance. You could put electronic stuff everywhere and drive everyone nuts. On the other hand, you don’t want farmers doing things the hard way. The key is to say ‘Look, for a reasonable cost we can come up with equipment that will save you from doing some of these mundane jobs so you can spend your time on something more productive.’”