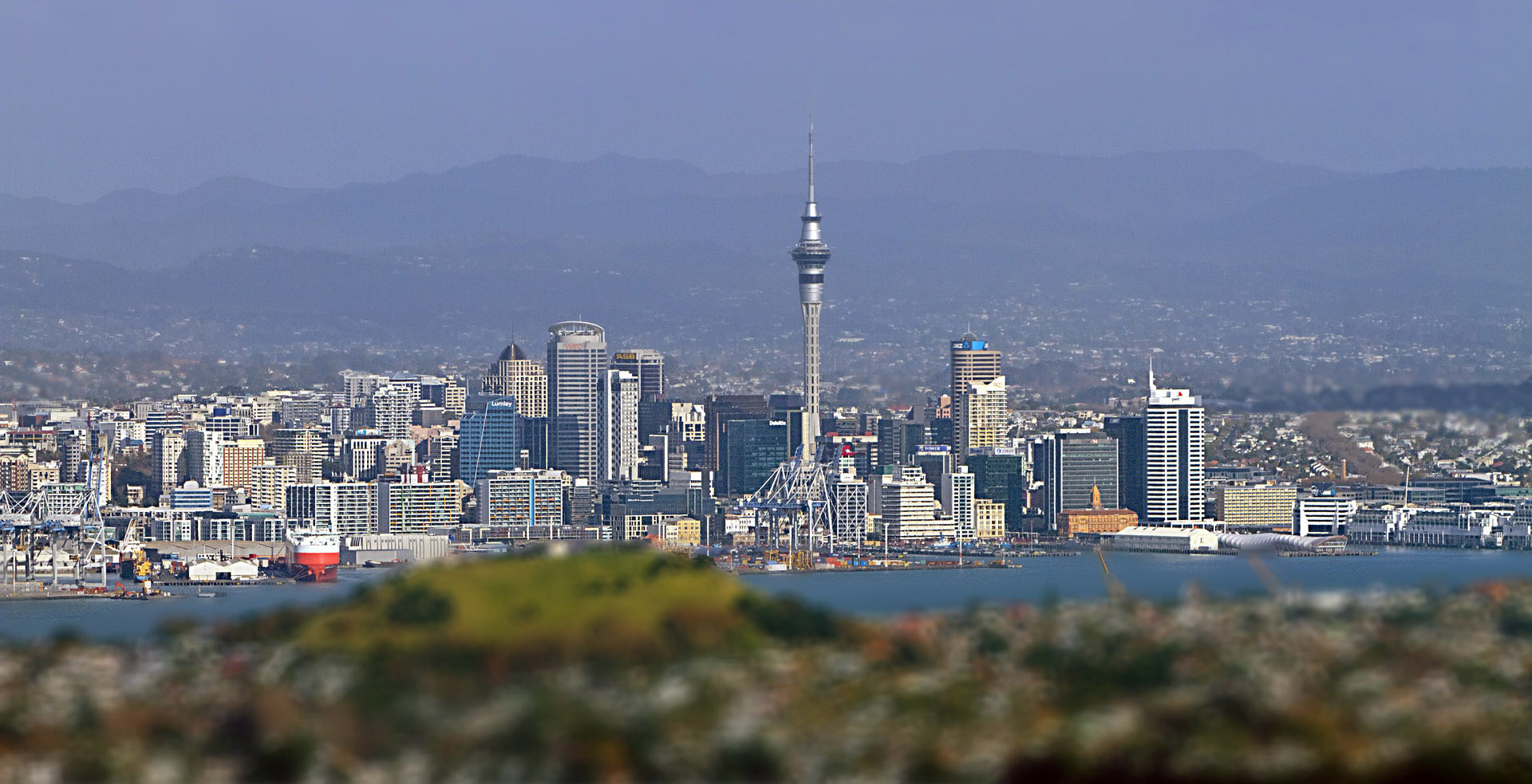 The Super City and Sustainability: Where to Now?

I love interesting questions that need an answer and with the new Council and the Mayoral leadership of Phil Goff I am searching for some solutions that would lift Auckland’s’ profile as a city committed to environmental sustainability and a world class metropolis that breathes a ‘green’ agenda.

For the last two years, I have been the Champion for the Lee Kuan Yew award which Auckland managed to succeed in – a well-deserved second prize sharing the space with Sydney, Vienna and Vancouver. Not a bad effort for a first time City in this world prestigious award. The award went to the truly amazing transformation City, Medellin, that’s turned itself around from one of the most dangerous cities in the world with over 5,000 people being killed in drug wars to an amazing environmental and sustainable city of hope and peace. A triumph of leadership. The judging panel came to Auckland early in 2016 and in a week of mystery shopping, to get a feel on how the Auckland community related to sustainability and the complexities of integration of our society and historically how Auckland is developing.

I did not envy them the task but was glad to host them in the southern suburbs where integration of new migrant communities was an important part of our submission. We wanted to show them how Auckland had evolved over the last four hundred years and so the Auckland story was not a new instant pop up city but one that had evolved from early colonial times into a new interesting design led and indeed stylish and beautiful city in the South Pacific. Auckland took three major projects to demonstrate our commitment to sustainability and resilience to the future.

The truly committed agenda for a multi national city was demonstrated across the region by migrant communities totally involved in local regional areas of the Maori and Polynesian communities of the south and west and the Auckland waterfront transformation. We did not wish to leave behind the work done by the legacy councils that were absorbed into the Super City. Waitakere, my own visionary passion for an eco city branding was one that I personally wanted to emphasize and to demonstrate how this former city in the west has set a benchmark not only for New Zealand but also how if a community is empowered on environmental commitment much can happen. Out West it still does. Community groups are energized and old and young are committed to planting and good sustainable practices and feel totally at ease with the environment in which they live.

Over 18 years in my term as Mayor I really felt I was the brand manager for eco-environment as part of the social fabric of a New Zealand city. In many ways I supported the creation of the super city and according to that well known expert on who said it first, Max Cryer, he points to me talking of a super city in 1992. Which is certainly early days for this concept but I did feel that sooner or later the region needed to become larger, integrated and more sustainable. I guess that I hoped that with the creation of the super city in 2010 some of the legacy councils better policies would catch alight in the bigger agenda that was necessary to lift Auckland larger bigger better and brighter off the tarmac and into the air.

In many ways this agenda was realized. Maori were given a rightful place on the council agenda; community boards developed under the new council structure, local boards were given more power and a decent budget. The region suffered some shocks along the way and there is naturally criticism on the size and the slowness of some of the members. The expectations were high but the Council under Mayor Len Brown set milestone agendas with the Unitary Plan and the 30 Year Visionary document.

The two terms under Len Brown saw a commitment to Transportation, a design led city and his own strong vision for a Central Rail Link. The document making Auckland greater sets out many milestones achieved and then being addressed. It was a daunting process with enormous and powerful outcomes but somehow in my mind one of the most important agendas was overlooked or failed to excite the two new councils that started the process of the Super City.

Maybe the failings could very well have rested at a Mayoral leadership and the role of the Mayor not being able to complete his full agendas and vision across the spectrum. I remember well the debate on the powers of the Mayor for the super city. The legacies council believed that the mayoral leadership was imperative if the strong environmental initiatives were to be continued and flourished in the new organization and the largest city. This was whittled away when the final structure was settled which I always felt disappointing.

The first council did take on excellent examples from the legacies council and the Maori standing committee was certainly the right call but lost in the works was a strong commitment to environment and green agendas. It just simply didn’t take off. I feel that this was lacking a brief of which the communications team could flow through the community messaging. It is not a hard calling in these times to have a city that commits to a green agenda. It fits comfortably into design and to a vision for city leadership. The examples globally are now everywhere and surprisingly across the Tasman, Sydney and Melbourne are fine examples on how leadership from councils can see green space, parks and coastal sustainability. As a simple matter of commitment to the way things are falling in place. It should have happened in Auckland in the first term of council.

The Council Controlled Operations (CCO’s) which I have widely supported became a vital part of the Council and the report on the two terms gave the CCO model high marks in their delivery but no one seemed to ask the CCOs to add an environmental agenda to their workload. Thus, Transport, Auckland Waterfront and the others were able without direction or clear vision to create a sustainable green presence but with no public buy in or I believe, enthusiasm. Top marks to Waterfront Auckland, of which I have to confess a serious role as Chairman of this organization, which was able to work across the design architectural and leadership roles agreeing and dazzling a beautiful landscaped waterfront. Not so, some of the other areas which settled more on rail, road and the urgency of response to angry letters in the media.

Auckland Council has had in place a large Communications team. If I look through the publications it was a reactionary organization within a stressed mono list. There was much that happened that was positive and indeed a celebration of the new Auckland. Pasifika, Diwali and the 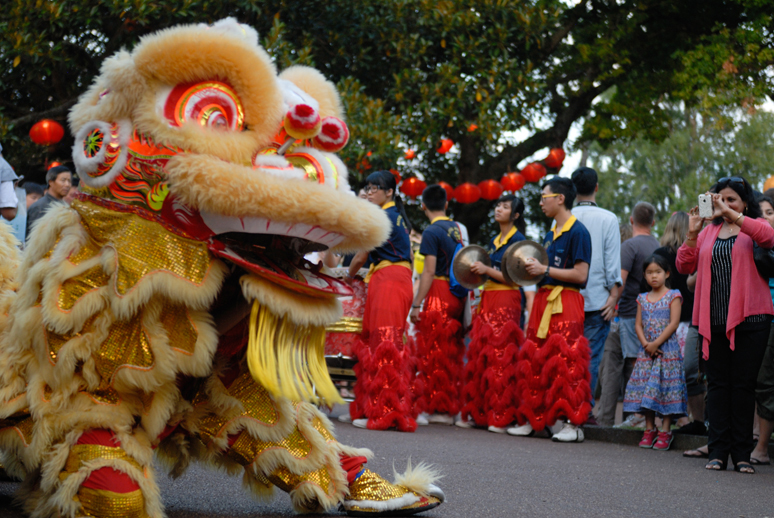 Lantern Festival grew and thrived. Historic activities flourished in the old cities but I failed to see the exciting possibilities of the greening of Auckland coming through. It seemed to me over the last two terms of council something that was being left to be done by cash poor underfunded organizations that had worked in the former Waitakere City to lift the agenda of clean streams, plantings and community investment in parks and riverside cycle ways. I have kept a careful eye on how the streams and waterways have been managed in the last six years of the super city.

There has been real commitment by often, cash strapped local organizations that have worked with volunteers and local businesses to continue the work of cleaning and planting in local streams. There has been some outstanding work in uncovering lost streams that were covered with debris and sealed under landfill and these are when uncovered and planted an amazing recovery story often with fish returning upstream into the suburban parks and gardens.

Last December I went to Paris to represent Local Government New Zealand at the massive climate conference COP 21, one of the largest and most significant environmental conferences bought together in modern times. It was a hugely successful global event and it restored my faith in the collective resilience of countries and committed leadership. To have so many countries agreeing to reduce carbon and to work towards best practice was a thrill to be part of. The paris accord signed by John Key as Prime Minister was a sign that New Zealand was committed and would seriously work with other nations towards a sustainable future.

For me, the driving agenda to work with Pacific Island nations in their plight with rising sea levels making their future hap hazard brought it close to home.

Auckland’s delegation was led by Mayor Len Brown and this commitment by the Mayor going to Paris and taking part in the first few days was also a sign that Auckland was committed with the government to seriously taking on board the issues of the Paris Accord Almost a year later I have yet to see a public campaign that endorses the commitment that was made in the two weeks of this Conference. Local Government is the easiest target for communications and leadership and I see no reason why Auckland with the largest city in New Zealand cannot be the flag ship city for astonishing transformational leadership.

I felt truly at home and could only contemplate how good Auckland could be in seizing the moment. During the year John Key has made a number of supportive speeches and Minister Paula Bennett returned to the International Forum on Global Green issues signing in New York, the accord. These are strong signals that now need to be taken as a commitment. I live in hope that this will be more than political grandstanding and we will actually see a Government setting standards that goes beyond the rather hollow green clean branding of beer, cheese and tourism.

As this year ends and a new Mayor and Council come into office, I feel that Auckland has now a chance to truly shine in its commitment to the potential of a remarkable city in the South Pacific region. It is time to make this a true part of who we are in what we are saying as we take a world stance on a green future. To date , we have simply not seized the moment, the imagination and the energy which is so the glue of a great and good city.

Our shining moments have been a dazzling art gallery and a truly inspired pink cycle way sweeping into the City. All is not lost and I have learnt in local politics that good things take time. This new council is full of optimism and after an absence good leadership. I would like to see a new green agenda emerge from the enthusiasm and energy which seem to be around the council under the Mayoral team of Phil Goff. He already has promised to plant a million trees and I could not cheer this on more.

It is a green start to a more sustainable future and that’s what I have been looking for and its time is now.