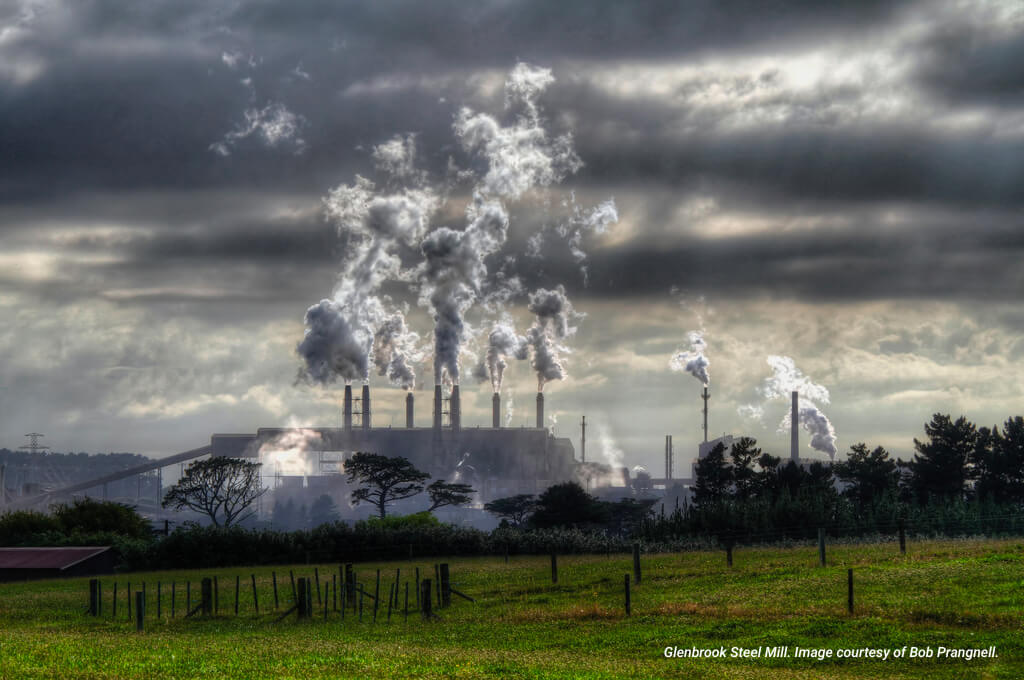 “A day will come when the [Steel] industry has no choice but to reduce its emissions, and those not working on solutions will be shut out”, says Chris Bataille, energy policy consultant and researcher at the Paris-based Institute for Sustainable Development and International Relations (IDDRI). Steel and other metals refining industries must embrace innovation with regard to sustainability if they are to survive in an increasingly competitive market.

When it comes to building a low-carbon economy, steel and aluminium are both part of the problem and part of the solution. Structural metals are essential to building the infrastructure required in a low-carbon economy; everything from wind turbines and electric vehicles to mass transit systems. They are also 100 percent recyclable. But attempts to convert iron oxide to steel without using carbon as the main reductant have not progressed very far. In particular, the blast furnace route to making unrefined so called ‘pig’ iron seems inextricably wedded to coal with carbon capture and storage being the only feasible way of dealing with CO2 emissions. A technological revolution is required in order to transition steel from a major carbon emitter. 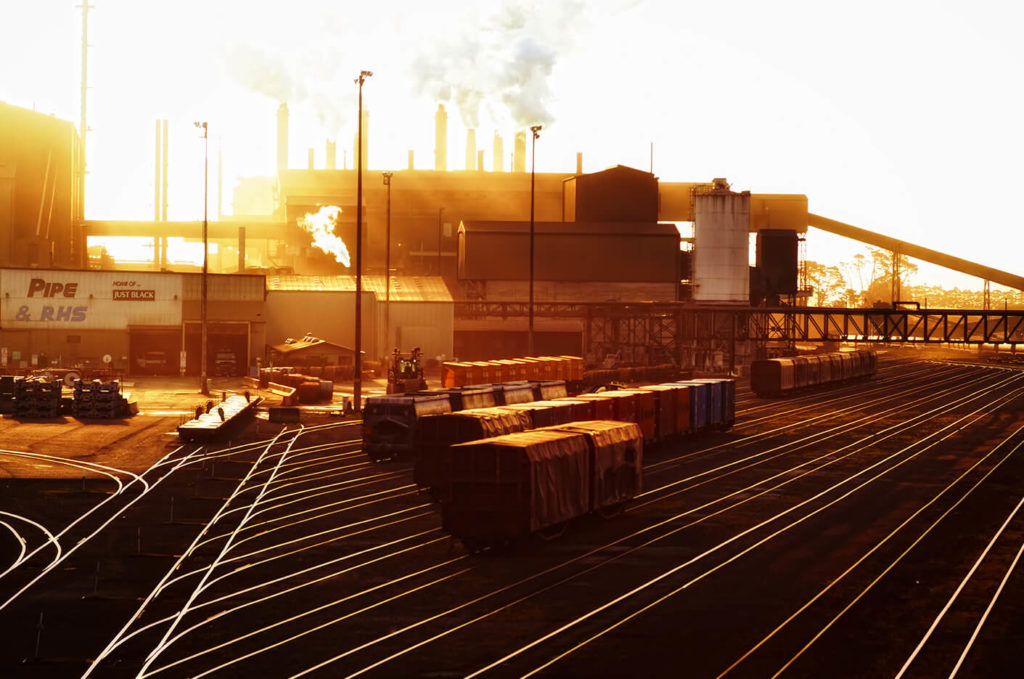 New Zealand has one remaining steel manufacturer – an integrated plant located at Glenbrook, which was expanded during Prime Minister Rob Muldoon’s “Think Big” programme. Now owned by the Australian company, BlueScope, it is still a viable mill employing directly and indirectly thousands of people. Its production of flat products and billets is vital to New Zealand’s strained construction industry. New Zealand’s only Aluminium smelter, Pacific Aluminium at Tiwai Point is also a major regional employer and a marginally profitable business but it’s future is uncertain.

In line with its Paris Agreement responsibilities, New Zealand has long-term low greenhouse gas emission strategies, and a blueprint for achieving net carbon neutrality by 2050. However, the Vivid Economics Net Zero New Zealand scenario based Report from 2017 fails to outline a scenario where emissions from NZ Steel and other industrial heat producers can be accommodated and still achieve a net zero goal.

In 2014, New Zealand’s high grade heat emissions were 3.3 Mt CO2, with 1.6 – 1.8 Mt coming from the steel industry. This is a significant cost to the country in terms of carbon credits or offsets and unless the industry either upgrades its processes or stops producing, that figure will remain steady. In 2017  New Zealand  Steel industry received approximately 1.05 million free carbon credits worth 17-18 million NZD, and as recently as 2016, NZ Steel declared to the government their preference for the continuation of free allocation of carbon credits. This is on the basis that there are currently no commercially viable technologies for manufacturing virgin iron and steel worldwide that does not use carbon and hence no possibility of significantly lowering their emissions without closing a large portion of the plant.

I believe New Zealand has three options to deal with steel and other metals manufacture if it wants to achieve net zero carbon emissions:

1. Keep our industries as they are and pay for carbon credits and carbon capture to offset the impact and rely on market forces to favour low carbon emitters.

Currently, New Zealand Steel ranks low in CO2 efficiency. As a benchmark, a well run blast furnace integrated plant creates 2 tonnes of CO2 for every 1 tonnes of steel it produces. Glenbrook steel mill, which is a production unit of NZ Steel, with its unique process creates closer to 2.5 tonnes CO2 per tonne of steel. Modifications to the existing plant could reduce that by perhaps 20 percent, but it would still be one of our largest single emitters.

At present, there is no competitive advantage to being a low carbon emitter when it comes to steel and without adequate pricing of carbon that will remain the case. Investment in this area is driven purely by anticipation of future regulation. Along with the undoubtedly difficult technical problems of manufacturing steel with much lower emissions, what are the commercial drivers for New Zealand Steel itself to invest in new, low carbon steel-making technologies?

In contrast, CO2 emission efficiency is a selling point in the aluminium industry. Tiwai Point produces metal marketed under the RenewAl brand, guaranteeing that less than four tonnes of CO2  is emitted for every tonne of aluminium produced. It is also a major beneficiary of the free allocation of carbon units.

Free allocation of carbon units is a cost borne by kiwi taxpayers to maintain the existing facility and the jobs it provides, but it is not an investment into low-carbon future. In the end, New Zealand is internationally accountable for all of its emissions and if those who profit from those emissions escape that cost, the taxpayer steps up.

This begs the question, if it is only about GHG emissions reduction should New Zealand sunset these industries and import steel and other metals?

The Vivid report commissioned by Globe NZ assumes that none of the new low emission technologies being developed will be taken up by any of New Zealand’s metal smelters and that their influence on domestic CO2 emissions will reduce over time as smelters close. It assumes no further electrification of steel manufacturing in the future.

Some of our steel requirements could be met by other materials with a lower carbon footprint, specifically timber and fibre reinforced composites. The remainder would be met by imports, likely from Australia, China and other SE Asian countries. This will do nothing for global emissions but create a carbon leakage from New Zealand where local emission reduction is offset by increases in the supplier country. It is perhaps assumed that carbon dioxide emissions can be better minimized by larger overseas producers but this scenario does not factor in the emissions resulting from shipping and that there will be risks and costs to be borne by NZ consumers of steel and other metals.

The price for ensuring steel imported into NZ meets our requirements, particularly our stringent seismic standards, is not at all insignificant. In fact, October 2017 saw the collapse of Challenge Steel, a company set up to import cheap, but high-quality steel from China for the Christchurch rebuild. Challenge Steel went into voluntary liquidation owing creditors NZD10M stating the causes as delays in delivery and the extra quality control required for Chinese imported steel. Insecurity of supply is a big cost and brake on construction. As a small consumer at the end of a massive global supply chain, NZ could find itself left high and dry by overseas manufacturers. 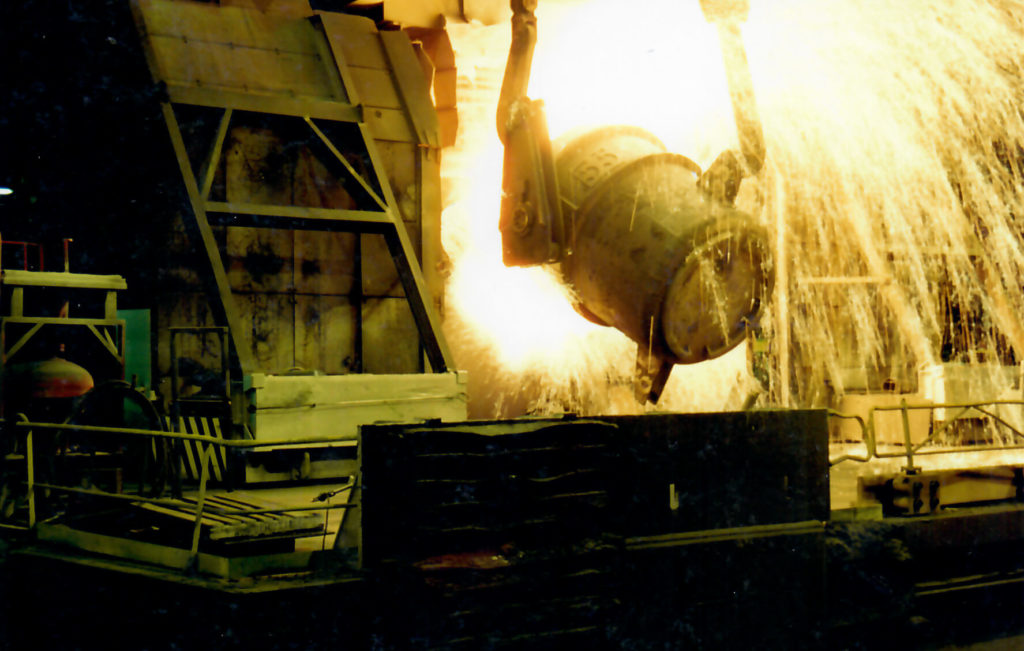 3. Should we invest in these sectors to make the most of our natural resources with government and multi industry partnerships?

If we were to ignore CO2 emissions for a moment and look at other pollutants, New Zealand Steel and Pacific Tiwai Point are relatively clean and well operated plants. They meet stringent air pollution and waste water discharge guidelines as well as attaining world class worker safety standards. Both support regional communities with high paying jobs and stimulate important economic flow on effects in the wider community.

Should a country with nearly 100 percent renewable electricity production, and vast titanomagnetite iron sand and woody biomass reserves, shut down its metals production to meet its carbon emission commitments? Or should it utilize these advantages to export globally?  Instead of turning off our production, we could supply some markets currently without hydro and geothermal resources the steel and aluminium they need to build wind and solar installations and other infrastructure?

With respect to steel, a significant reduction in carbon emissions resulting from iron and steel making requires that the industry takes a major step away from traditional blast furnace ironmaking. Using technologies that utilize other reductants, such as carbon-based fuels recovered from wood waste or hydrogen generated either using geothermal, electricity or biomass, or by using electrolytic decomposition to separate the iron from the oxygen, new steel plants will need to use completely different production technology to achieve anywhere near carbon neutrality

Such a massive change requires input from many stakeholders and participation from a wide variety of industries. The best example of such a collaboration occurs in Sweden where mining, steelmaking and energy industrial giants such as SSAB, LKAB and Vattenfall, are collaborating to produce carbon dioxide emission free iron using Hydrogen Breakthrough Ironmaking Technology (HYBRIT) that utilizes hydrogen produced from renewable electricity as the reductant to convert magnetite sands into iron. It is ambitious and not expected to create a commercially viable product for 20-30 years.

In contrast, a joint venture between VanadiumCorp and Electrochem in Quebec has developed an electrochemical extraction technique that is carbon free, highly efficient and again does not rely upon blast furnaces. Apart from producing iron without the need for coal, it also produces vanadium which is emerging as a strong contender to replace lithium in stationary battery units. NZ Steel also extracts vanadium slag from its ironsand so would be in a good position to take advantage of new vanadium refining technologies.

What these emerging technologies have in common is that they require access to CO2 emission free electricity production in order to achieve carbon neutrality. So perhaps NZ Steel with its vanadium rich, titanomagnetite feedstock and access to renewably produced electricity should be at the front of the pack rather than a lowly follower. Uniquely for an integrated plant, NZ Steel is not reliant on a blast furnace, and instead uses 4 production streams of directly reduced iron sand. Sixty percent of the production is needed to satisfy domestic demand and the rest is exported with low profit margins.

With government and/or other corporate assistance, processed iron sand excess to domestic requirements, could be diverted into developing low carbon emission ironmaking technologies without impacting NZ Steel’s bottom line. The benefits to NZ would be threefold: the eventual domestic manufacture of a clean, low emission vital resource, the IP associated with it and increased high value exports of vanadium and other mineral by-products.

For Tiwai Point, it should have a sound future despite being on and off the market for the past 6 years. As a consumer of renewable energy as well as producing some of the best quality aluminium globally, it could be viewed as a valuable asset rather than something that is retained purely for the benefit of local employment. Further investment in its main production facilities could also produce significant gains in electrical efficiency. The challenge for New Zealand is to maintain a secure power supply to Tiwai Point and one that does not  come at a cost of slowing down the conversion of other sectors to renewable power sources

But this version of the New Zealand new climate economy won’t happen without a large investment and a large dose of our famous “can do” attitude. There is a regional precedent for such an investment with the recent acquisition of OneSteel in Australia by Liberty House Group with the stated aim of “redefining steel as green building material through significant investment in renewables to put it on a trajectory of sustainability.” Further to Liberty’s acquisition, there are plans to bid for the recently closed General Motors factory in Adelaide and turn it into a factory producing electric vehicles perhaps using the production from their steel plants to produce vehicles with the lowest carbon footprint on the market. With New Zealand’s abundant natural resources, renewable energy supplies, domestic stability and highly skilled workforce, it would be a lost opportunity if we let Australia take all the initiative.