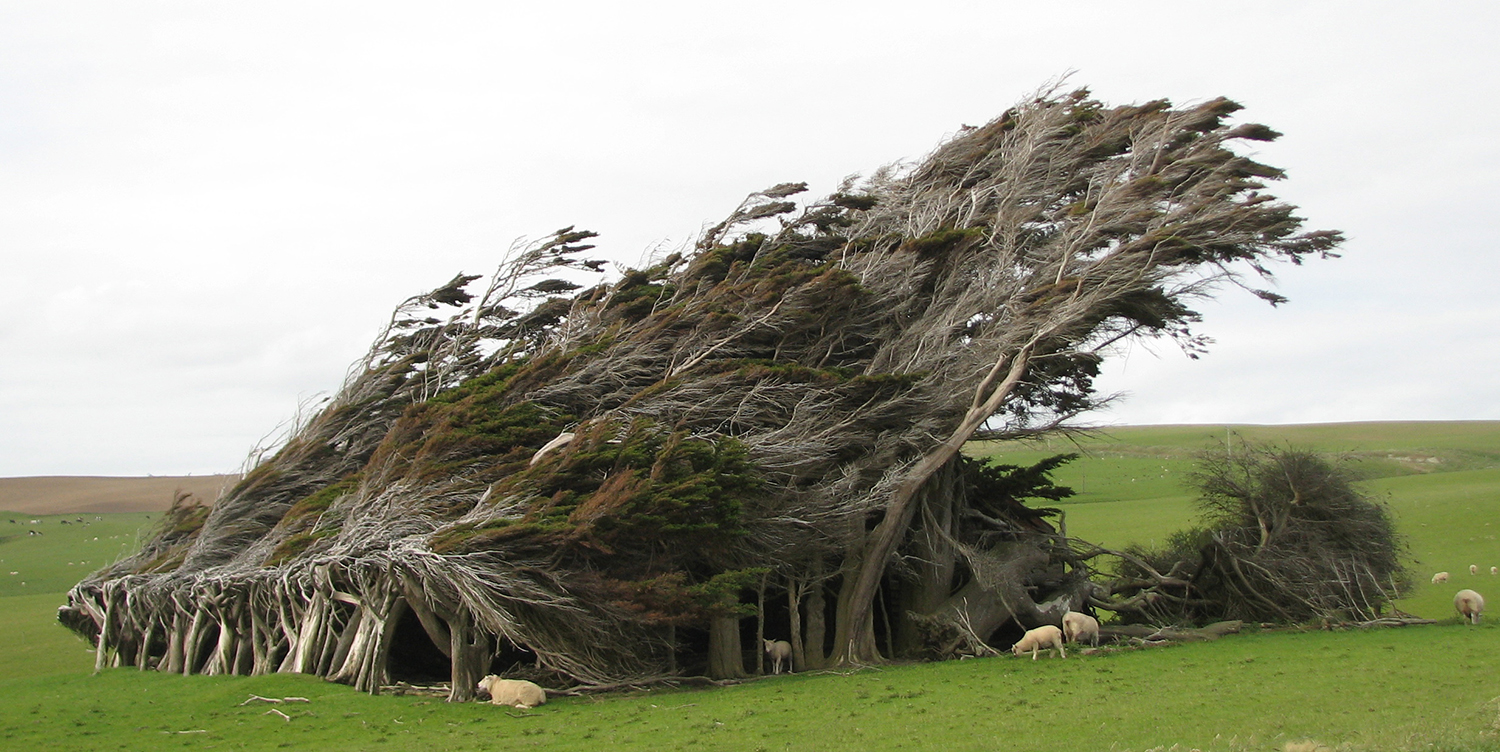 No sooner did “resilience” become the word of our times, so too the concern that it is just another vacuous buzzword. The cynics say that resilience, like so many other buzzwords, simply lends a purposeful sheen to the routine dithering of planners. It justifies their salaries and, worse still, justifies their inability to fulfill their promise of managing our economies and environments.

Such cynicism is debatable, as we shall see. But there’s no doubt that resilience is everywhere these days, a focus for books, conferences, and (of course) buzzword-laden TEDx talks.

Closer to home, Christchurch folks were praised for their resilience after the earthquakes, then advised to become even more resilient through better urban design and psychological coping strategies. We are told our Emissions Trading Scheme should support New Zealand’s “long-term economic resilience” by easing our transition into a low-emissions economy. Also, a recent Royal Society discussion series on climate change ran under the title, “The Age of Resilience”.

Yet what hides in this title’s shadow is the fact that an age of resilience is necessarily an age of instability, of riskiness, of unexpected shocks and unavoidable crises. As we enter the Anthropocene, it implies, our primary challenge becomes managing the chaos we create for ourselves—our own worst enemy.

Green growth is one way to try to avoid this hazardous future. It is grounded in the belief that economic activity need not be so harmful to the environment, and that the creation of sustainable alternatives is itself a source of economic opportunity.

Of course, “green growth” has also been accused of being a buzzword. So too “sustainability”. The implication is that these words—“resilience” included—are essentially meaningless, trotted out to fill the air without saying anything of substance.

The real problem with buzzwords, however, is that they mean too many things. People have different ideas about what resilience, sustainability, and green growth demand of us, particularly because they demand different things in different places. Green growth on an island in the South Pacific, for example, will look rather different to green growth in a landlocked European nation. What’s sustainable in one place might be scarce or unattainable in another—and vice-versa.

To be at all useful or interesting, then, big ideas need local content.

In this spirit, a 2012 report for Pure Advantage explored how green growth sits within the New Zealand context. It boiled down the economic value of green growth to three frameworks: (1) innovation, (2) energy efficiency, and (3) supporting New Zealand’s clean, green brand. Innovation because clean technologies not only reduce greenhouse gas emissions, they can also generate wealth. Energy efficiency because cutting down on wastage can also cut down on expenses and externalities. And supporting New Zealand’s clean, green brand because this brand adds value to our products by attracting discerning markets and generating premium value.

But what about resilience? Could this be another frame to conceive the value of green growth?

The Stockholm Resilience Centre offers this definition: “Resilience is the capacity of a system, be it an individual, a forest, a city or an economy, to deal with change and continue to develop. It is about how humans and nature can use shocks and disturbances like a financial crisis or climate change to spur renewal and innovative thinking.”

There’s an obvious parallel here with the idea of “creative destruction” in market economies, popularised by economist Joseph Schumpeter. He argued that economic growth under capitalism is sustained by the disruptive innovations of entrepreneurship, and that this “incessantly revolutionizes the economic structure from within, incessantly destroying the old one, incessantly creating a new one.”

Schumpeter inherited this idea from Karl Marx, as well as a milder version of Marx’s conviction that this “perennial gale of creative destruction” would eventually undermine the foundations of capitalism itself. That conviction, however, has not been vindicated by history—at least not yet—which has lent more power to the elbows of free-market theorists who recast “Schumpeter’s gale” in a more heroic light.

In this economic context, then, resilience is the capacity to make the most of the unexpected, to turn crisis into opportunity. To be resilient is not just to survive uncertainty and disturbance, but to thrive on it, to cast off whatever is ineffective and irrelevant. It is a virtue for prosperity in an age of interconnected global economies—hence the ongoing conversation about how resilient New Zealand’s export economy is to the impact of offshore events.

In this same spirit, however, we could also worry about our vulnerability to future environmental shocks, here and elsewhere. In this context, resilience does indeed overlap with the concerns of green growth: its impatience with the status quo; its anticipation of more conscientious markets and green technologies to satisfy them; and its drive to enhance human well-being.

But what works for economic agents operating in a market might not work so well for real people operating in real communities. 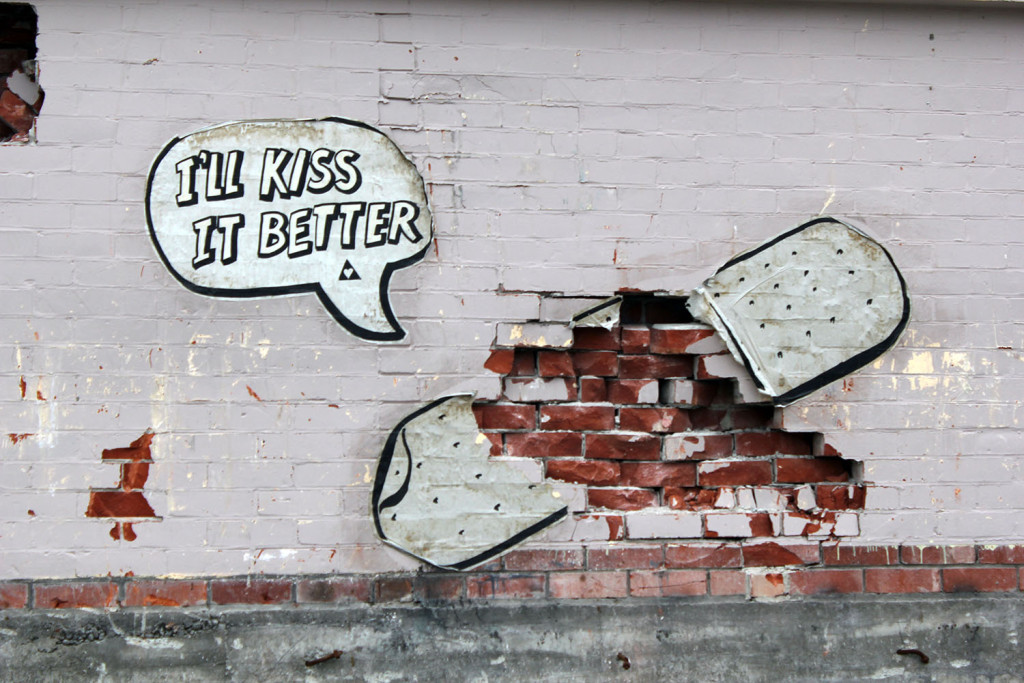 Bronwyn Hayward, in her discussion of resilience in Christchurch, takes a more ambivalent view of resilience. While she acknowledges its importance to recovery, she also notes how the idea of resilience was commandeered by planners who had their own preferences over which institutions deserved to survive. Instead of enabling an organic urban revival, resilience became an excuse to rush things, to keep up the appearance of progress while communities were still struggling to find their feet.

She also notes how resilience took an individualistic tone, focused on how to make individual Cantabrians more robust in coping with disaster and transition. She contrasts this with her own observations of how communities found strength in “an acknowledgement of our shared vulnerability”—which could be considered a different kind of resilience, grounded in networks of honest engagement rather than silent, atomised stoicism.

To put it more provocatively, being praised for being resilient could sound like being told to suck it up, to take it on the chin. That’s especially galling when your problems could have been avoided. Of course, there was no avoiding the Canterbury earthquakes, but human decisions did feed into the various “manmade disasters” that accompanied them: insufficient earthquake strengthening, protracted insurance settlements, the suspension of democratic processes, and so on.

And there’s a parallel concern for climate change here too, where the call to resilience could be read as pessimistic, defeatist, even apathetic. At worst, it seems to say, “There’s nothing we can do, or will do, to mitigate climate change; so you better find ways to put up with it.”

Of course, adaptation is an essential dimension of any responsible climate strategy, especially once we acknowledge that climate change cannot be “solved” as such, only made less worse. Yet a focus on adaptation alone could let polluters off the hook, shifting the burden of climate change onto those who suffer its effects.

As with any good thing, it seems, you can have too much “resilience”.

So where does green growth fit into all this?

We saw that green growth overlaps with the idea of resilience as a virtue in market economies, as an innovative and productive response to environmental crisis.

Yet there’s another side to green growth, one that seeks to avert crisis, to resist rather than reconcile itself to a changing climate. This is because green growth counts the costs and benefits that prevailing economic models often neglect as externalities, especially those that impact upon the environment and future generations. Accordingly, green growth recognises the value of abatement and mitigation, because it recognises that adaptation will come at steep and growth-throttling costs. A recent report by Citigroup put that cost at $44 trillion dollars of lost GDP by 2060.

Even though resilience can mean different things in different places, its rise as a global buzzword tells you something interesting about the world we live in. Today, priority is given to the promise of adaptation, not mitigation; to preaching resilience, not actively averting crisis; to tolerating hostile circumstances rather than trying to change or forestall them. Undoubtedly, resilience is complementary to green growth in a various ways, yet it should take a back seat, giving priority to those frameworks that seek to avoid disaster in the first place.

Green growth should offer itself as a genuine alternative to whatever came before.