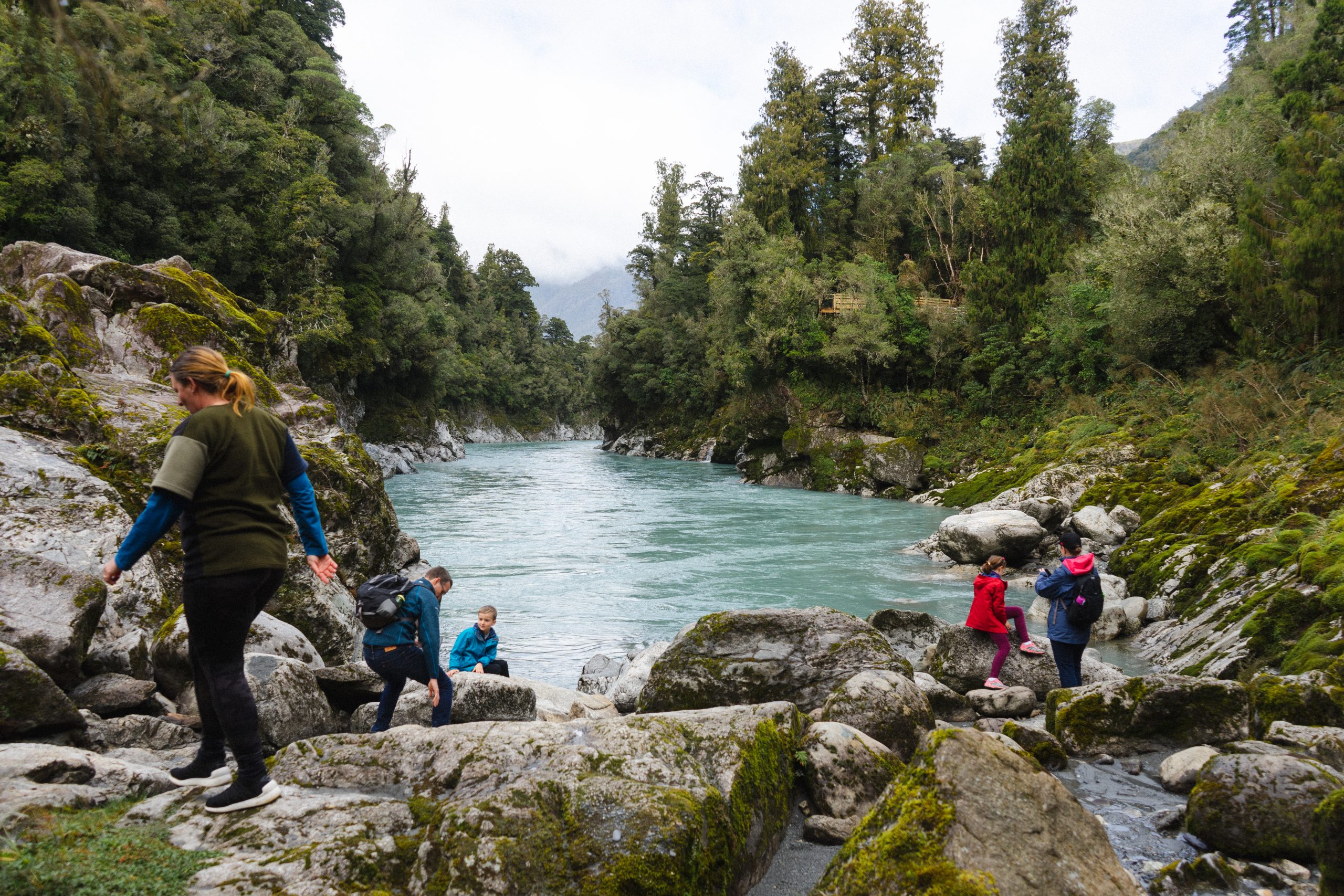 Our Place in the Forest

The language of New Zealand’s native forests has been dominated by the word ‘bush’ for more than a century, a word which historically was linked to forest clearance. This article asks whether it is time for the language to change, for native trees to be planted for values including timber, and whether growing native forests for multiple uses will help foster and strengthen people’s connection to the land.

Te Wharawhara/Ulva Island, nestled in the heart of Rakiura’s Paterson Inlet, is a special place. Now free of introduced pests it’s a haven for this country’s amazing bird life, including tīeke, tokoeka, mohua and kākāriki. It’s a place apart, a glimpse of this country’s landscapes that predate settlement, and also of future landscapes where people and endemic nature can thrive together. It feels utterly natural, a place that is in and of itself, complete.

Well almost. In the image can be seen part of a trail that weaves its way around the island being diverted around a fallen rātā. Of course the trail is important, to ensure the thousands of people who flock here don’t trample the forest. But what feels strange is the type of timber the various boardwalks, steps and the track edging captured in this photo is made from. 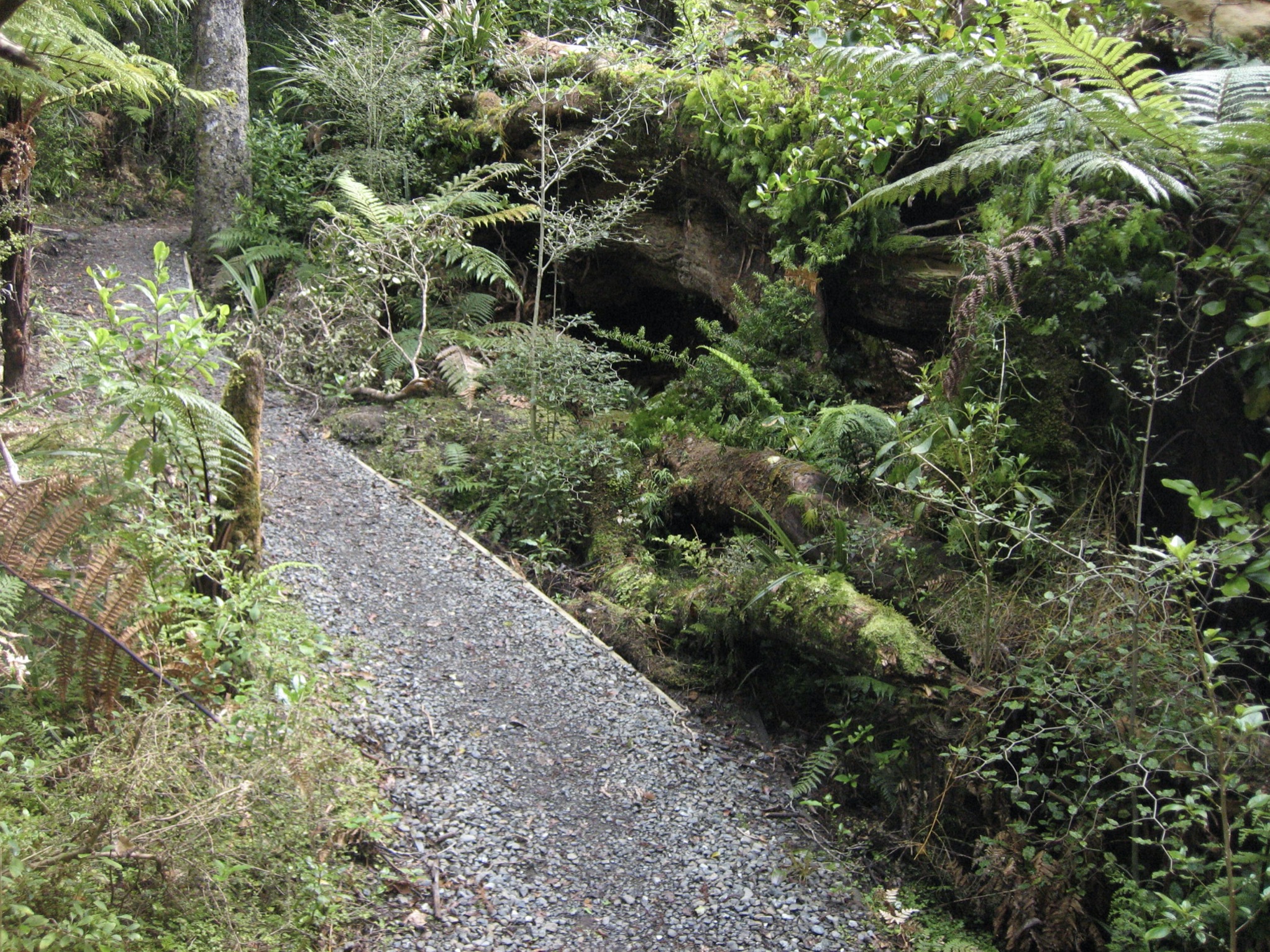 For rather than being made of the same timbers found in this forest, such as the fallen rātā,it’s made of Pinus radiata – an exotic species that was grown in the Rowallan area across in Southland, and which less than a century ago had been native forest before it was clear-felled, and blanketed in pine.

Nor is the example of Te Wharawhara an outlier. Across all public conservation lands plantation grown Pinus radiata treated with carcinogenic heavy metals including chromium, cadmium and arsenic, to prevent rotting, is used extensively. Guidelines for handling such timber require masks and gloves be worn during handling with dust and off cuts collected and buried to prevent further chemical leaching and contamination of the soil.

Of course the story of New Zealand’s destruction of its native forests is deeply etched in our national psyche. When Europeans came to Aotearoa they found a heavily forested land. But their vision was for grazing and livestock, and transformation was rapid. In the 1880s alone 14% of the country’s land area was cleared. Everywhere trees were felled

The ‘bush’ that covered the landscape also pervaded our language with the term making up the single largest entry in the dictionary of New Zealand: one could ‘go bush’, ‘bush it’, ‘bush-bash’, ‘be bushed’ and become ‘bush happy’. There were ‘bush trams’, ‘bush tracks’, ‘bush cattle’, ‘bush bread’, ‘bush bunks’ and ‘bush shirts’. And people could be ‘bush baptists’, ‘bush doctors’, ‘bush-hands’, ‘bush-bosses’, ‘bush philosophers’ and ‘bushmen’. But this was a language founded on extraction, destruction and a sense that our native forests were transitional timber reserves on lands that awaited a more ‘productive use’ as pasture.

It was the scale of landscape change, and the ever-present backdrop of fire and burnt stumps that drove moves for ‘scenery protection’ via reserves, and in time the formation of  this country’s National Parks and public conservation lands. Yet nor was that the end of it. Throughout much of the twentieth century, clear-felling of native forests continued. And it is the tacit knowledge of this that leads us to fear that chopping down even one native tree, much like one drink for the reformed alcoholic, could reopen our collective acceptance to another uncontrollable fever of destruction.

Perhaps this should remain the case.

Yet what else is being lost in the process?Almost 30 years ago I bought the very first property I looked at – a rundown 45 hectare farm on the western side of Otago Harbour. Back in the 1880s, at the same time the property’s first farmers had built a simple stone cottage, they had also planted an extensive macrocarpa shelterbelt to protect the house from the strong southerly winds. 120 years later we felled these trees, then milled them to extensively renovate and extend the house.

I have often wondered what if, instead of macrocarpa, they had planted rows of totara and matai for future generations to use. Other native plants would have thrived amongst it, along with native insects and birds, unlike the extended family of magpies that had set up residence.

And when it came time to mill these trees for the house, what more of this land, its ecology, and materiality might I have learnt as I sought to shape a structure, not with macrocarpa, but with timbers that were deeply of this place?

In such an extended process of living, growing and working within a native forest how would this shape our family’s sense of belonging and being guided into knowing that which is of Aotearoa. Or would we just like those of a few short generations ago revert back to that extractive language of the bush that had prevailed, and seek to extract all the available timber?

Our time on the land has seen the paddocks all gone, with the native forest returning throughout. After the gorse and broom has come broadleaf, mānuka, tarata and horopito. In the last few years tōtara, miro, mataī and rimu have begun self-seeding, whose bases we keep an eye on to ensure they have a free path to the sky. Some plants we also transplant.

Such values belong to more than the personal. They also offer a pathway for growing value in our productive landscapes. In work with Ngāi Tahu Farming our design and research group has been establishing a ‘distributed’ native forest made up of native trees that threads its way as a series of shelterbelts and plantation blocks across the property. Once established, the patterned planting regime provides the option of harvesting every third or fourth tree for use on the farm or elsewhere. And together these 1.3m native plants provide a key stepping stone for native birds to travel from the foothills of the mountains, across the Canterbury Plains and over the city of Ōtautahi Christchurch to the native forests now regenerating in the gullies of Banks Peninsula.

At Pyramid Valley, Wildlab has been developing a densely planted woodland of tōtara, not just for its role in supporting the restoration of those lands not suited to vineyards, but also in coming years to be selectively harvested for use as the posts that will be needed to support the wires on which the organic grapes are grown, and with all offcuts, slash and the like being returned to decompose in the soil from which it had always been part. 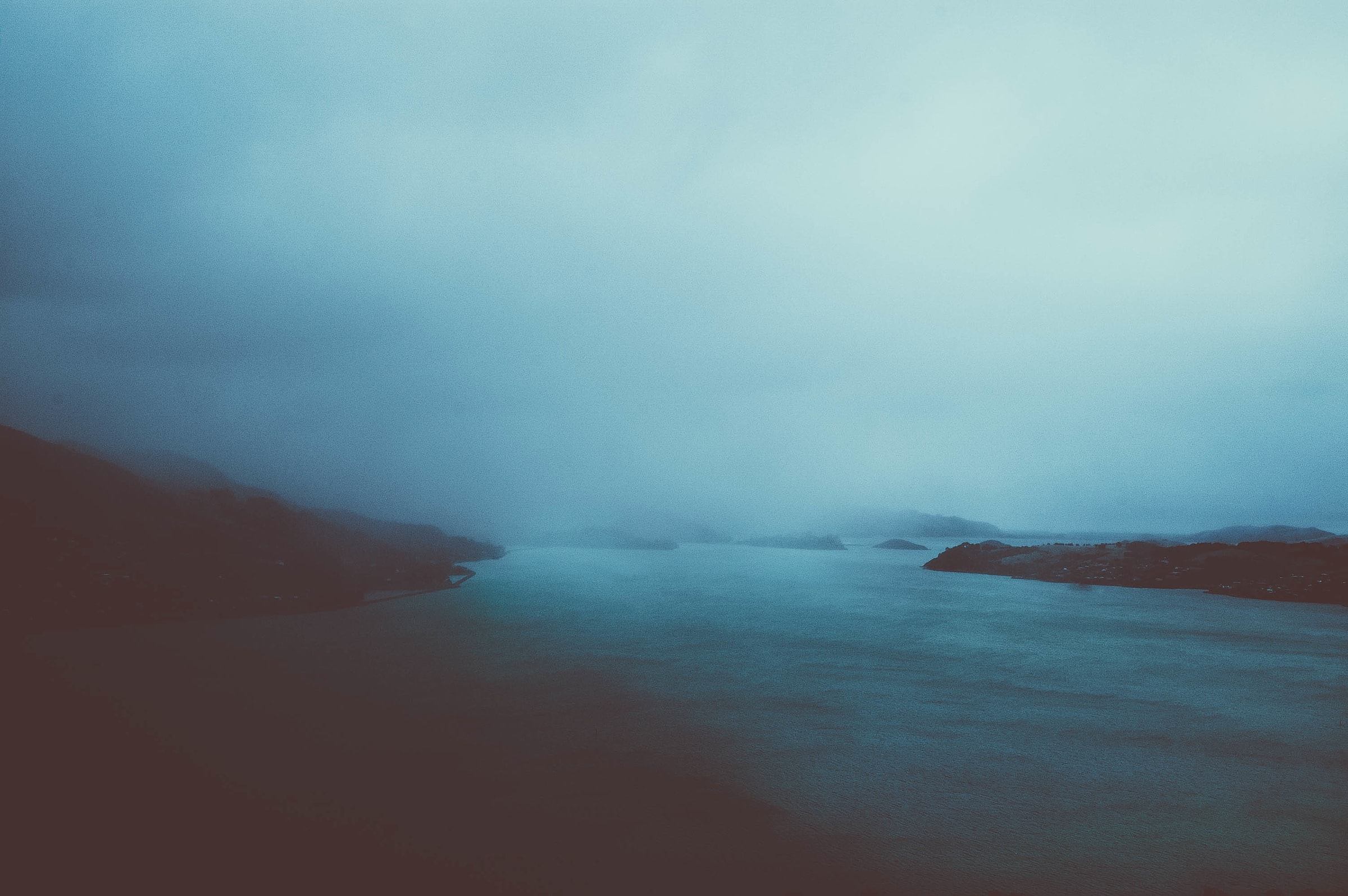 The anthropologists Tim Ingold and Terhi Kurttila talk of how the ways people become part of a place is forged by the type of interactions people have with their environment. It is

”The very activities, of inhabiting the land, that both bring places into being and constitute persons as of those places, as locals.

What is the sense of becoming local and part of this land that is created through creating the trails, shelters and structures we build in our forests out of Pinus radiata? How does fashioning with exotic materials, that are in almost every way alien to this environment, allow us to truly belong in this land?

Planting native species isn’t solely about extending the areas we are seeking to reserve. It is also about laying the groundwork for a future conversation with the ways our ngāhere can materially sustain us as we seek to sustain it. And out of this, fostering a new language of the forest founded in those ecologies that are truly of this land, and in which this knowledge creates a more intimate, connected relationship with our forests and all the ways they can shape and direct us.