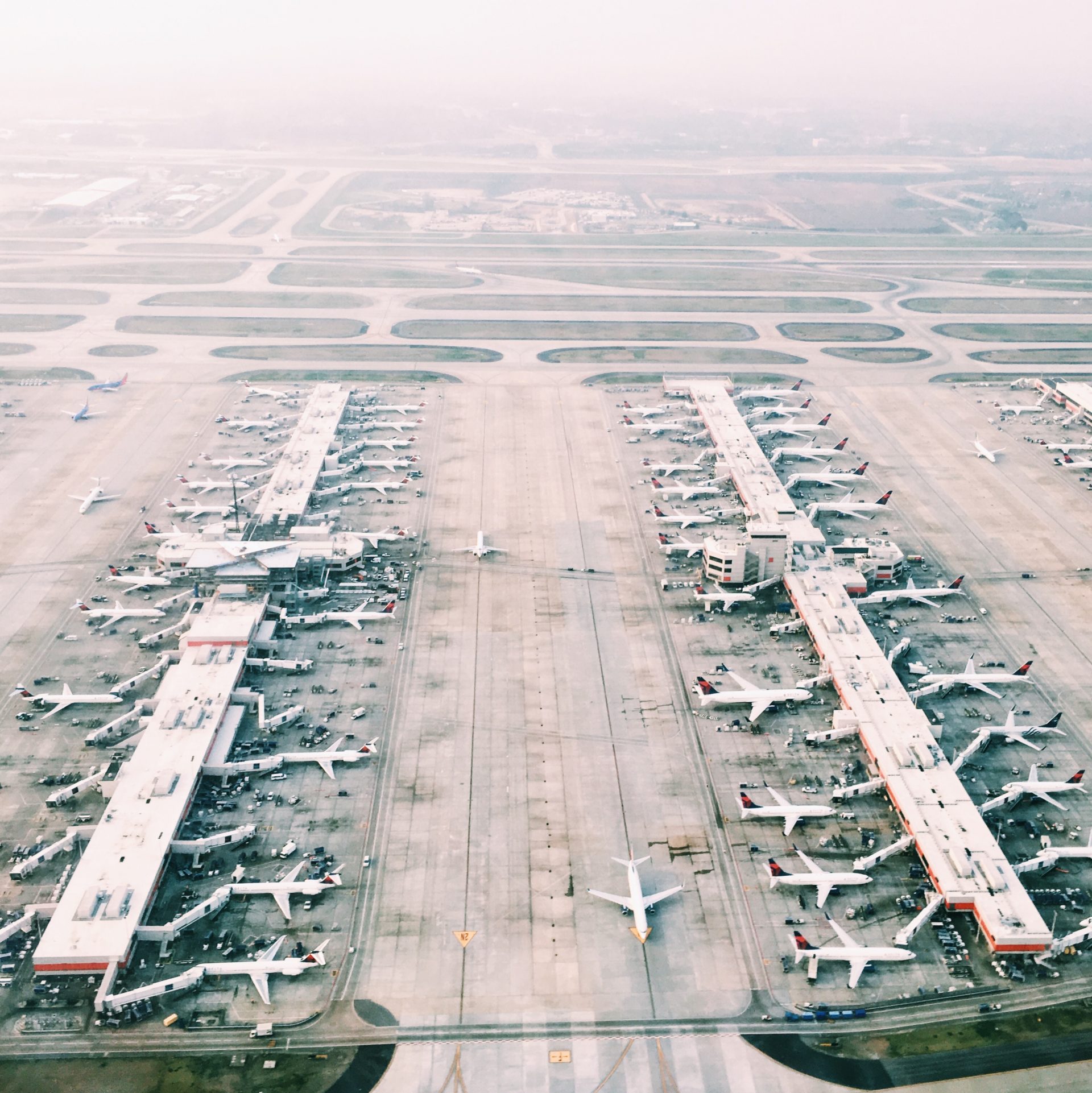 The Climate Change Response (Zero Carbon) Amendment Bill was introduced to Parliament in early May 2019. If passed into legislation, it will set a target of zero carbon emissions by 2050. Agriculture features prominently in discussions about our emissions reductions, but in recent articles in Stuff, New Zealand Herald, and the Otago Daily Times  opinion makers have  highlighted the significant impact of air travel on climate change.

Eating less meat, catching the bus or driving an electric car can all help reduce both our personal and national carbon footprint, but for New Zealanders a single economy class return trip to Europe dramatically elevates one person’s carbon footprint by an estimated 6 tonnes according to one carbon calculator and as much as  8 tonnes of CO2 by another. It is surprising then that the government’s new Tourism Strategy released only a few days after the introduction of the Zero Carbon Bill talks about sustainability but it does not directly address the contribution the aviation industry makes to global and local emissions.

The sustainability challenge for international flying is complex. The industry claims an overall contribution of 2% of the CO2 emissions globally while a more nuanced assessment suggests the total contribution to global warming is far greater.

According to the Intergovernmental Panel on Climate Change IPCC and the World Meteorological Organisation (WMO), air transport contributes to 4.9% of human-caused climate change.  Another challenging metric, is the IATA forecast that the number of people travelling by air should double to 8.2 billion a year by 2037, with Asia and the Pacific leading the way.  The forecast for jet fuel is a staggering 9 million barrels a day by 2040.

In New Zealand, domestic aviation, although important, is not the key contributor to the growth in aviation emissions. According to the New Zealand Productivity Commission’s Low-Emissions Economy report , domestic aviation contributes about 6% of all national transport emissions, but remained relatively unchanged between 1990 and 2016 as the shift to larger and more fuel-efficient aircraft offset the increase in domestic air travel.

It is international aviation that accounts for the massive growth in aviation emissions. Yet when countries, including New Zealand, consider their emissions’ reduction targets, emissions from international aviation have generally not been counted. The New Zealand Productivity Commission notes (pg 341): ‘International aviation and shipping emissions are not covered under the Paris Agreement. The main reason for this is that attributing these emissions to a specific country is more difficult than for other emissions sources. For instance, if a plane flies from Auckland to London with a stopover in Singapore for refuelling, it is not obvious how the emissions liability from these trips should be allocated’.

The Commission further notes that countries are required to report separately their international transport emissions based on fuel supplied. The data relevant to New Zealand is collated by the Ministry for the Environment. The data here shows that emissions rose 362,000 tonnes, or 11% in just one year between 2016 and 2017, with MfE calculating these emission levels having increased by 178% since 1990.

These figures should not be surprising. Inbound tourism has been rising steadily and is forecast to keep growing. For instance, a recent Dominion Post article reports a 75% increase in visitors from China between 2015 and 2018, with Air New Zealand quoted as suggesting that there are ‘currently 48 million people in China actively considering a trip to New Zealand’.

Air freight in and out of New Zealand has also increased hugely in recent years while lower airfares have led to far more New Zealanders than ever before holidaying overseas. Media outlets heavily promote international travel, including the unusual concept of global ‘ecotourism’.

Both our geography and demography mean that international aviation represents a huge contributor to the country’s emissions profile. We are on the edge of the earth separated by vast distances from all other major population centres. We are a nation of migrants and travellers, with many New Zealanders having family members living abroad. 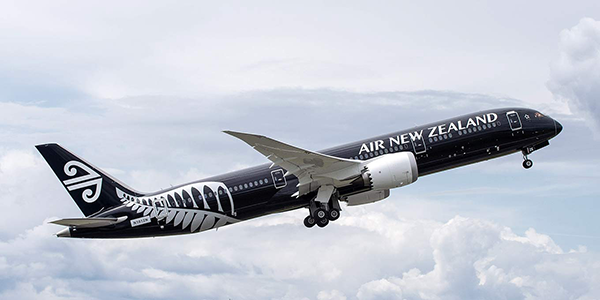 In 2016, the International Civil Aviation Organization announced that it will implement a Carbon Offset and Reduction Scheme (CORSIA) that aims to prevent any growth in international aviation emissions above 2020 levels. Any growth in emissions must be offset by certified emission reduction units. Since 2016, sixty-six parties, including New Zealand, have volunteered to participate in the initial phase due to take place between 2021 and 2026. However, only those routes where both affected parties participate in the scheme are covered.

This scheme relies on offsets rather than working to reduce the use of fossil fuels.

Throughout most of the world, aviation and shipping stand out as industries that are yet to play their part in developing realistic plans for emissions reduction.

New Zealand is no exception to this. In various reports, including the aforementioned Productivity Commission 2018 report, very little is said about how aviation can decarbonise. This stands in stark contrast to the responsibility and pressure placed on many other industries, such as farming, to reduce their emissions.

The only suggestion relating to aviation emissions proposed by the Productivity Commission is to increase the cost of flying, primarily through a substantial increase in the price of carbon. Quoting Concept Consulting (2017), the Commission estimates that an emissions’ price of $100 per tonne of CO2e could reduce domestic air travel demand by up to 12%. Compare this to the current price of around $22 per tonne of CO2.

It seems that there is not currently the political will to dramatically lift the price of carbon in New Zealand. While aviation fuel for domestic flying could be taxed, thus raising the cost of flying, a 1944 international agreement prevents taxes being placed on fuel used for international travel. Some industry insiders place much hope on efficiency gain but while being made they are small and swamped by the growth in demand for air travel.

Voluntary carbon offsets are also an option, including as a policy instrument by the New Zealand Green Party and planting carbon sinks are a necessary part of our overall strategy to bring down greenhouse gas levels. There has been much useful discussion about this on this site and others but offsets are beset with a multitude of problems. For example hardly anyone offsets voluntarily with fewer than 2% of Air NZ flights being offset. Ultimately, offsets do not reduce the use of fossil fuels and may sometimes even incentivise people to keep flying more or feel better about their emissions footprint.

So what are the alternatives?

One is to make the personal decision to fly less, an option promoted by a New Zealand based Fly-less Kiwis Facebook group. Youth climate-change advocate based in Sweden, Greta Thunberg also promotes this option as do some high-profile, climate scientists including Kevin Anderson.

New Zealander Shaun Hendy, a physicist and Quentin Atkinson a psychologist, spent 2018 taking trains, buses, EVs, and hybrid vehicles to avoid flying. However, in New Zealand alternative land-based public transport is poor compared with that in Europe meaning flying is currently the only realistic option for international travel.

If voluntary action does not result in a reduction in air travel, financial disincentives to flying could be implemented. For example, caps on the number of international tourist arrivals and or a more significant entry fee to the country could be introduced; the latter aimed at reducing New Zealand’s attraction to low budget tourists. Or, as in Scotland, a departure tax could be charged, as used to be the case in this country. Another option with unimaginable range of considerations and concessions could be to make it more difficult to build new or expand existing airports. In France a group of left-wing French parliamentarians want to ban a large part of their domestic flights. A similar idea was promoted by Green politicians in Switzerland in 2018 while in the UK, the Green party floated the idea of a frequent flyer tax.

But most of these possibilities are unpopular and politically unattractive.

Even if the amount of air travel was reduced through any of the above methods, a significant amount of ‘residual flying’ will still occur. At one end of the spectrum will be essential services such as air ambulances and air-based search and rescue missions. Then there are what George Monbiot terms ‘love miles’, such as flying to visit grandchildren or sick relatives who live overseas.

Many academics and businesspeople claim their flying is essential to maintain national and international connections. Numerous New Zealand business or for that matter our primary industry exports could not have grown without international air travel. At the other end of the spectrum, environmental advocates argue that given the extent of the climate crisis facing us the damage caused by New Zealanders heading off for a cycling holiday in Europe is no longer justified. And what about large sporting events? It is estimated an extra 800 flights were scheduled to transport British fans to the Champion League final in Madrid this year.

What type of travel is deemed essential?

Are there realistic ways of continuing to fuel planes with fossil fuels while simultaneously reducing harmful emissions?

Explore solutions to keep New Zealanders flying and reduce their carbon footprint in the first and third article in this series. 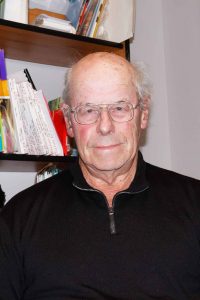