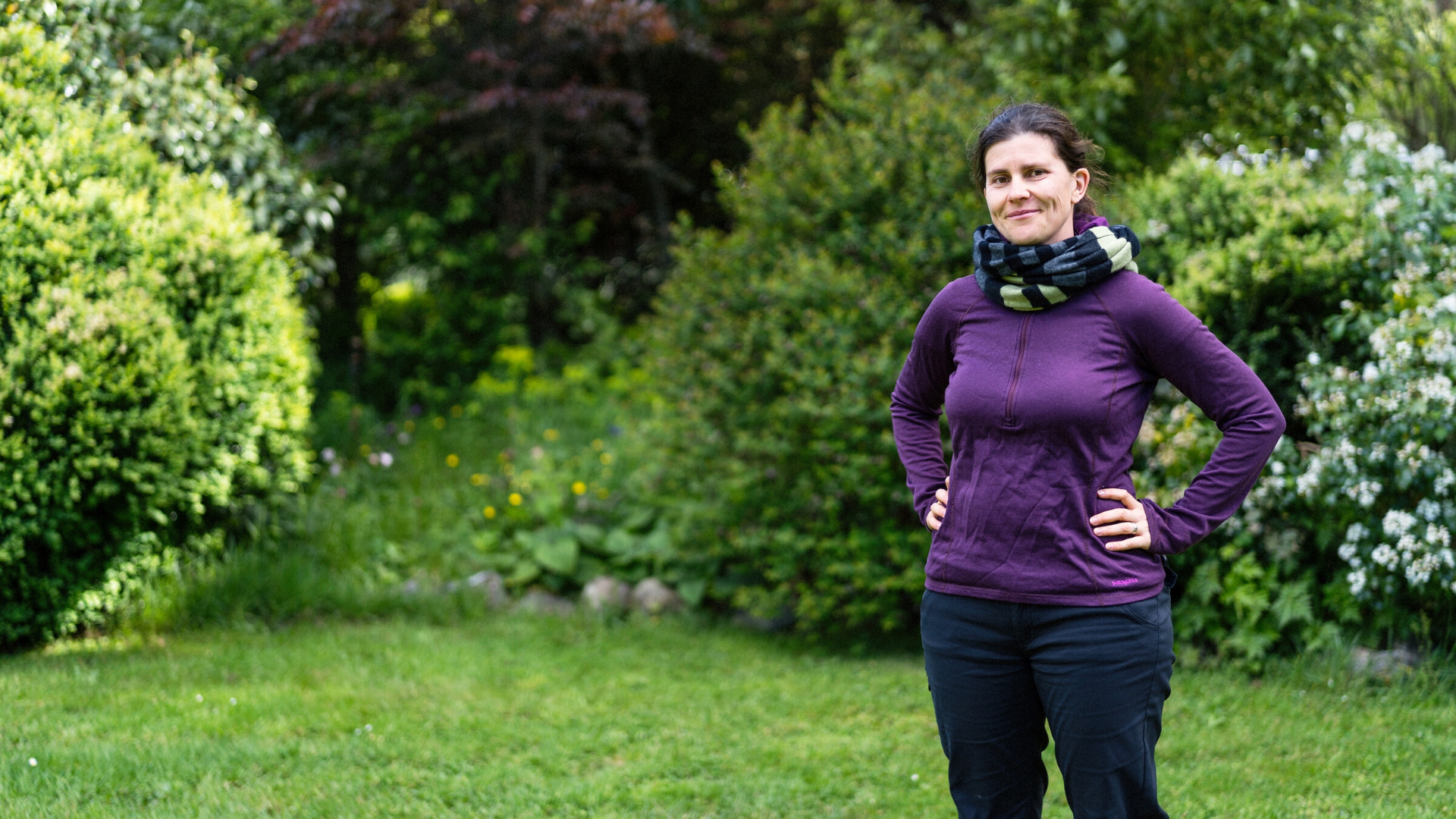 Lessons from the Canadian Prairies with Erin Crampton

It’s the opposite to the plea from many older generation farmers whose children have no interest in taking on the family farm. But Erin’s parents had witnessed the drastic changes in farming on the prairies over several decades and were concerned with the way that vast monocultures had taken over, and the levels of debt and stress that many farmers were facing.

Erin grew up on a mixed grain cropping farm near Notre dame de Lourdes, that also raised cows, pigs and chickens. She described the cattle as moving composters, which grazed across marginal land, churned it up, and left behind their solid waste to fertilise and nurture microbial communities in the soil. Any grains that didn’t make the cut in the grain elevator for human consumption were fed back to the animals.

“We had these closed loop systems, where there wasn’t any waste.
Every output was an input for something else, and that’s how everyone was farming on the prairies in the 70’s and 80’s”

In the 90’s, farming started to change across the wide swaths of grassland and crop fields that make up the Canadian prairies. Both fields and farms got bigger, the equipment got bigger, trees got pulled down, wetlands got filled in, and applied fertilisers replaced animal manure.

Believing that diverse ecosystems were best for the land, Erin’s parents had resisted the pressure to transform their farm into a monoculture, retaining the practices of crop and animal rotation, and planting trees, which kept the soil healthy and reduced the amount of fertiliser needed. 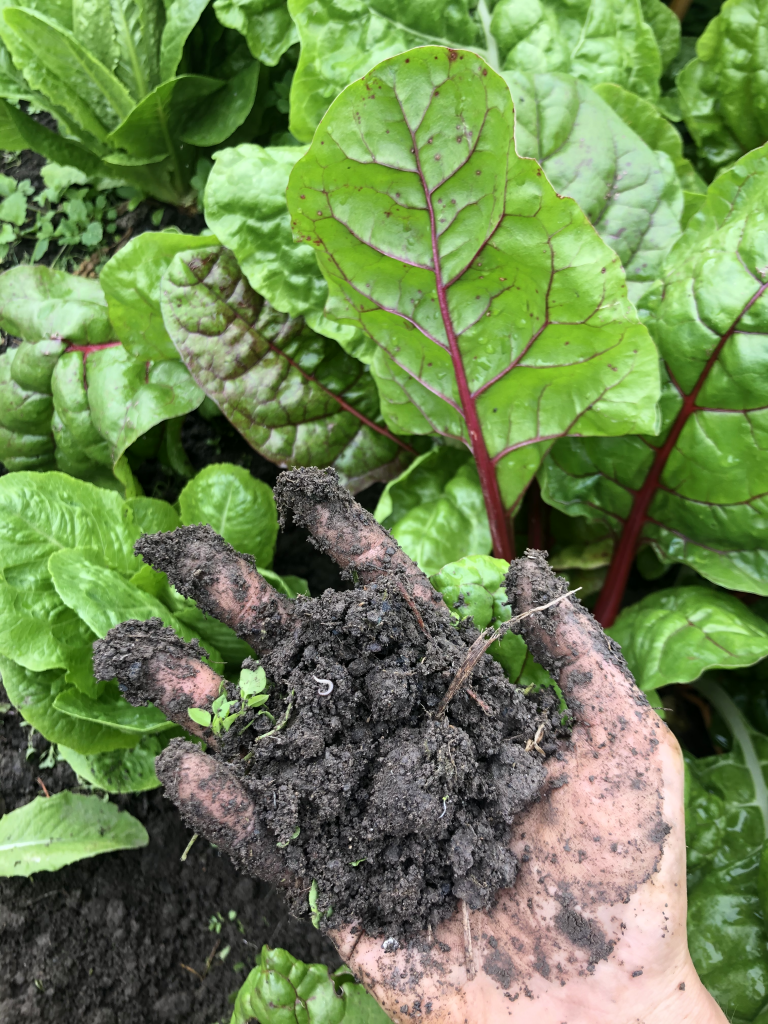 Instead of working the farm, Erin took the middle ground and opened a farm-to-market store, Crampton’s Market, selling regeneratively-produced foods. She enjoyed being a conduit between the agriculture sector and consumers, and educating customers on what it takes to produce premium goods. Through developing relationships with local growers, she learned a great deal about regenerative agriculture (regen ag). In the off-season she would travel the globe, and always found herself out on the land visiting farms.

Sixteen years ago, one of those visits brought her to New Zealand. She has been splitting her time between Canada and NZ ever since, and in 2018 was accepted into the Edmund Hillary Fellowship.

Erin likens the expansion of monocultural cropping on the prairies and the resulting removal of almost all natural ecosystems to that of dairy intensification across NZ. The processes are different, but the two share many problematic aspects of modern, conventional farming, including the removal of biodiversity, the reliance on industry expert advice over intuition, and the widespread application of synthetic fertilisers and pesticides in the place of natural ecosystem services. 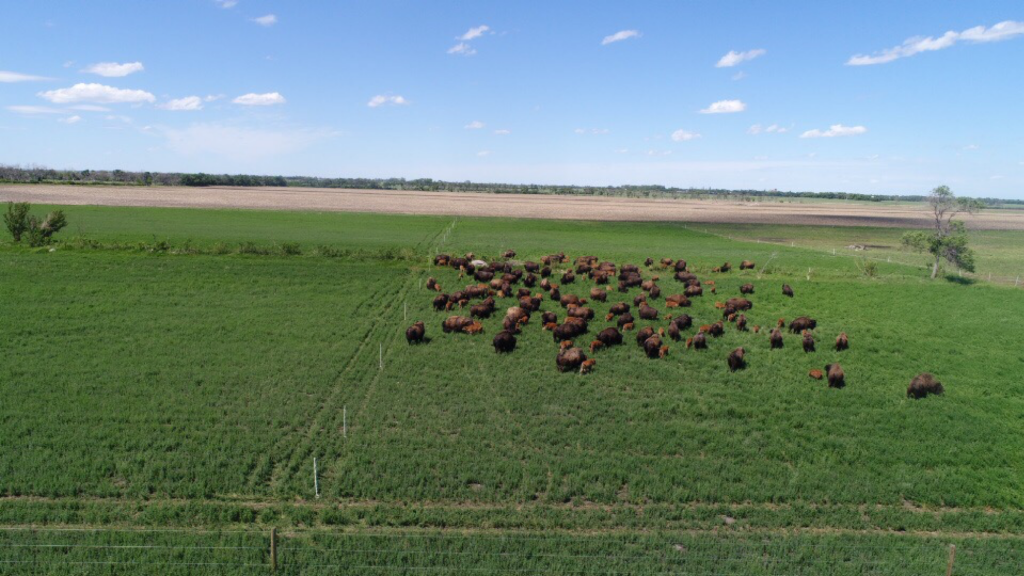 Cows often bear the brunt of NZ’s frustration with our environmental woes, but Erin is quick to point out that cattle are not necessarily the problem when it comes to environmental degradation. Ruminant animals in manageable numbers have a role to play in nurturing healthy microbial communities of mycorrhizal fungi in the soil and helping to sequester carbon, as explained in Erin’s short video presentation at EHF New Frontiers 2018 here.

It’s not a question of whether we should stop raising meat and dairy,
or whether we adopt plant-based diets,
but rather a question of how we manage the land.
Ruminant animals grazing on deep-rooted pasture
are essential for carbon sequestration.

NZ already has a natural advantage for carbon sequestration over agricultural systems in prairie Canada in that we have perennial grass cover on much of our agricultural land – pasture is not generally cultivated and exposed to air and light each winter. Our major challenge with cows is that we overgraze pastures containing only 2-3 plant species, and don’t let the root systems extend deep enough to allow for the levels of microbial activity that would provide access to natural sources of nutrients, meaning that we are reliant on synthetic fertilisers.

“Nature wants a riot of options.
It wants 12, 18, 36 species of grasses, plants and shrubs
each with a unique root structure, each feeding a set of soil microbial life,
and each providing a different profile in the soil to tap various minerals and nutrients.” 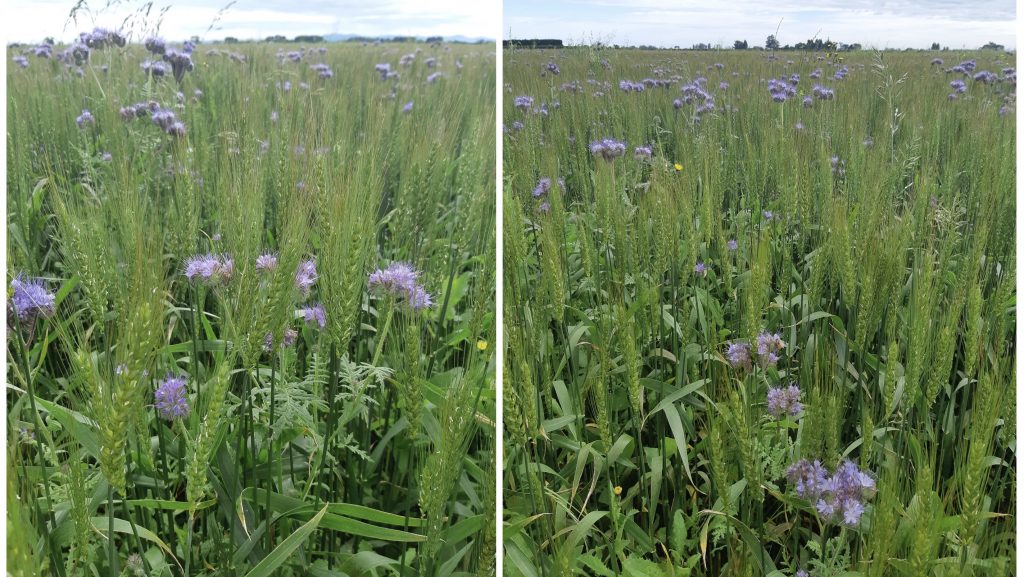 Erin believes that in order to catalyse regen ag in NZ and help reverse the decline in freshwater quality associated with agricultural intensification, as well as enhance our soil’s ability to sequester carbon, that the agricultural community adopt the Savory Institute’s Ecological Outcome Verification (EOV) programme. Recognised as the only regenerative standard in the world to focus on outcomes over processes, the EOV is not prescriptive about methods of farming, but rather measures soil health, biodiversity and ecosystem functioning. It is also linked to a supply chain, with the Savory Institute developing an international network of buyers that include giants such as General Mills and Purina.

“The true value of EOV is teaching land managers
to observe, monitor and adjust management to get the ecological outcomes that are relevant for their context. It’s about trusting in their own observational skills, rather than trusting the guy who comes over and says
‘put this much fertiliser on annually’.”

Australia has taken a unique route in setting up a Savory Hub as a cooperative, in which member farmers donate 16 hours of their time annually to conducting tests on each other’s farms. It facilitates the development of a community of best practice, with farmers talking to farmers, and helps to establish regional baselines for environmental indicators. Erin is aiming to interview Australian farmers involved with this hub in the near future. Bringing these learnings back to NZ, in addition to those from the Savory Hub she has set up in Manitoba, can help NZ to continue learning from other countries who are further along in their journey towards adopting regen ag. 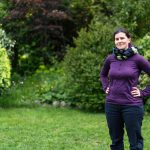 About Erin:
Erin Crampton is a former farm kid from the Canadian prairies.  She spent 20 years of her working life building the local organic and regenerative supply chains needed for her store, Crampton’s Market.  A regenerative farming ally and advocate, she now works to accelerate the adoption of regenerative farming education and know how, putting the power back into the hands of the producer.  Erin calls both Canada and New Zealand home, and is excited to see more farmers exploring regenerative farming in both countries.