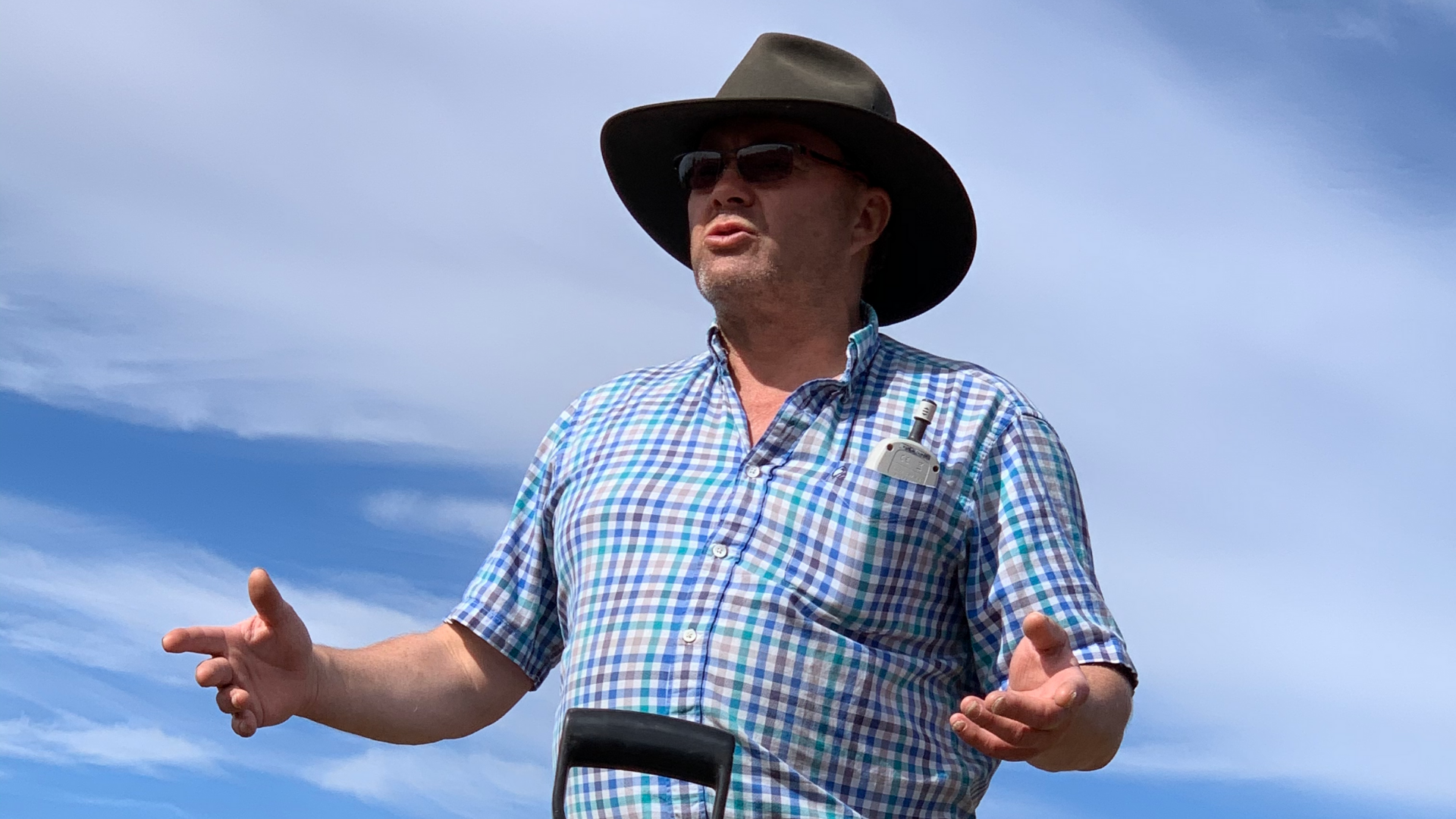 A Canterbury farmer’s experience of how soil biology influences soil chemistry and physics.

When Simon Osborne’s father began implementing a “zero till” policy on his mixed cropping farm near Doyleston in the mid 1970’s, it was part of a popular trend in the farming community. Unlike most farmers however, who abandoned it after a few years putting it in the too-hard basket, he saw the potential to build healthy soil and stuck with the practice.

He had reached a crossroads where his small equipment was no longer suitable to cultivate the farm. He realised he had to either upgrade the equipment, or start doing something differently. Looking at the degraded soils across his fields from years of cultivation and with new chemical treatments available making zero-till more viable, Simon’s father decided to persist with avoiding the practice. He got contractors in to do the seed drilling, and after a few years he began retaining the harvest residue on top of the soil and that’s when Simon says the farm system really began to change and they saw the effects of healthy biological soil functioning. 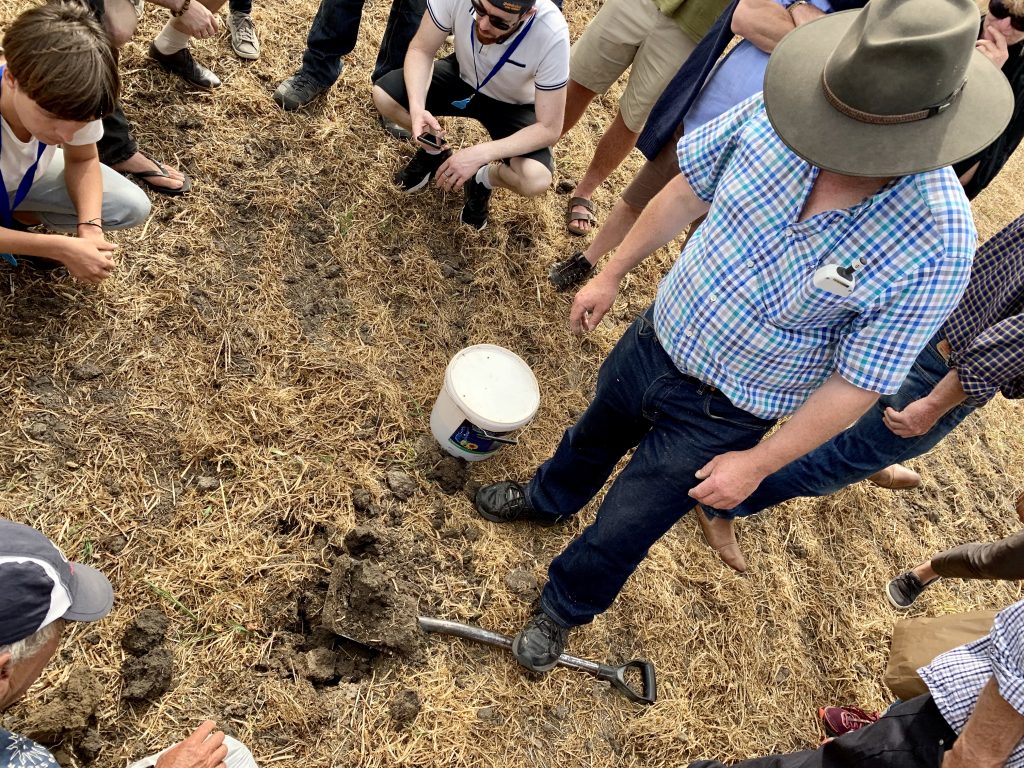 Simon bought the neighbouring farm in 1989, after returning home from a period of time working and travelling in Australia and Southeast Asia. He had completed a Diploma of Agriculture and Diploma of Farm Management at Lincoln University, and over the years Simon started buying up parts of the family farm, eventually merging it with his own.

He now runs a cropping and sheep farm, growing a range of cereals, small seeds, vetches, and pulses, including wheat, peas, hemp, radish, pak choi and crimson clover. He plants a diverse array of cover crops in autumn for the sheep to eat over winter.

“After talking with several soil ecologists, the penny dropped for me that soil biology is a driver of soil chemistry and soil physics, not the other way around. It’s a three-legged stool, but a healthy functioning soil biology is crucial for keeping the mineral content and soil structure in optimal form.”

It was a stark deviation from what he had learned at Lincoln in the 1980’s, where soil biology was hardly mentioned at all and certainly not considered important in terms of maximising production. And so began Simon’s gradual change in mindset that would teach him to take a step back, read his farm, and reconnect with it from a philosophical standpoint. He had grown up with a grounding in zero-till agriculture, and had been influenced by Steve Wratten’s work on ecological services in the late 90s and early 2000’s, but it was developing a working understanding of soil ecology that caused the most dramatic shift for him.

“If you’re constantly at war you have a different attitude to the soil and the things that live there. Taking a balanced, curious approach, appreciating the mosaic of interactions, and enhancing life in the farm ecosystem is about watching which plants are growing in a particular area, and figuring out what that is telling you about the soil there.”

For example, Simon has noticed that for reasons unknown to him, that the combination of phacelia, crimson clover, and wheat grow very well together on his land. Planted between the wheat rows, the other two crops suppress weeds, and each seems to stimulate the others’ growth. The two cover crops have died off and dropped their seed by the time that the wheat matures, so there is no contamination of the harvest.

Simon still uses some fertiliser and chemical treatments on his farm when needed, and he considers that crop farmers in NZ are between a rock and a hard place when it comes to combining organics and regen ag, as there are unique challenges. His ultimate goal is to “detoxify the farm system”, but it’s a gradual process. 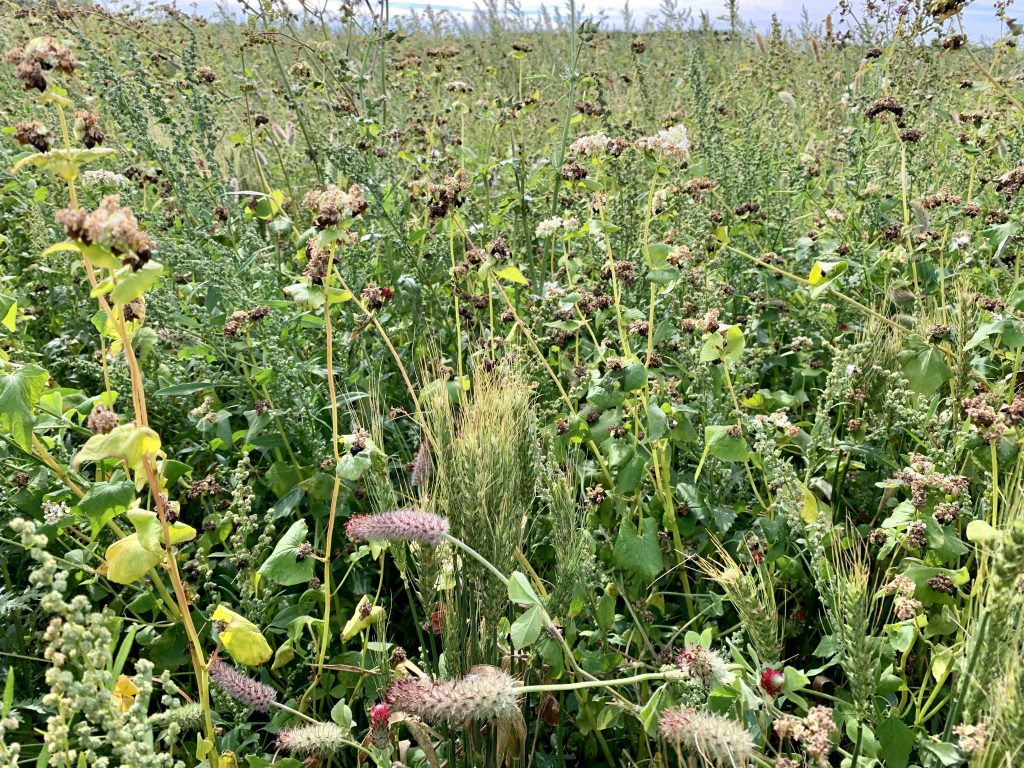 While there are crop farmers in the semi-arid continental US who are managing to successfully practice no till and organics, NZ’s temperate maritime climate and lack of reliable wet and dry seasons makes it harder, and there is little funding available to study alternative methods of cropping.

“With pastoral grazing there is a lot more direct expertise around specific management systems, but because cropping is so climate and soil specific, there isn’t the same built up wisdom in New Zealand.”

While conservation agriculture is a precursor and closely linked to regen ag, Simon is reluctant to hitch his wagon to any one label. What he’s doing aligns well with both, but he says he’s just getting on with the job in a way that works well for his farm, and is constantly alert to what is changing. Over the years since his father was farming in the 70’s, the organic matter in the soil has risen from 2% to ranging from 8-11%, a result that Simon is encouraged by.

The only time Simon considers that he has failed, is when something goes wrong and his observational skills don’t kick in to tell him what’s happened. Any other detrimental consequence, he chalks up as a learning experience. 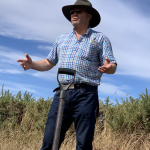 About Simon: Simon Osborne is a fourth-generation cropping farmer from Leeston on a farm that his grandfather started back in 1864. He has a particular interest in soil and believes soil management is the key to a healthy, profitable farm.