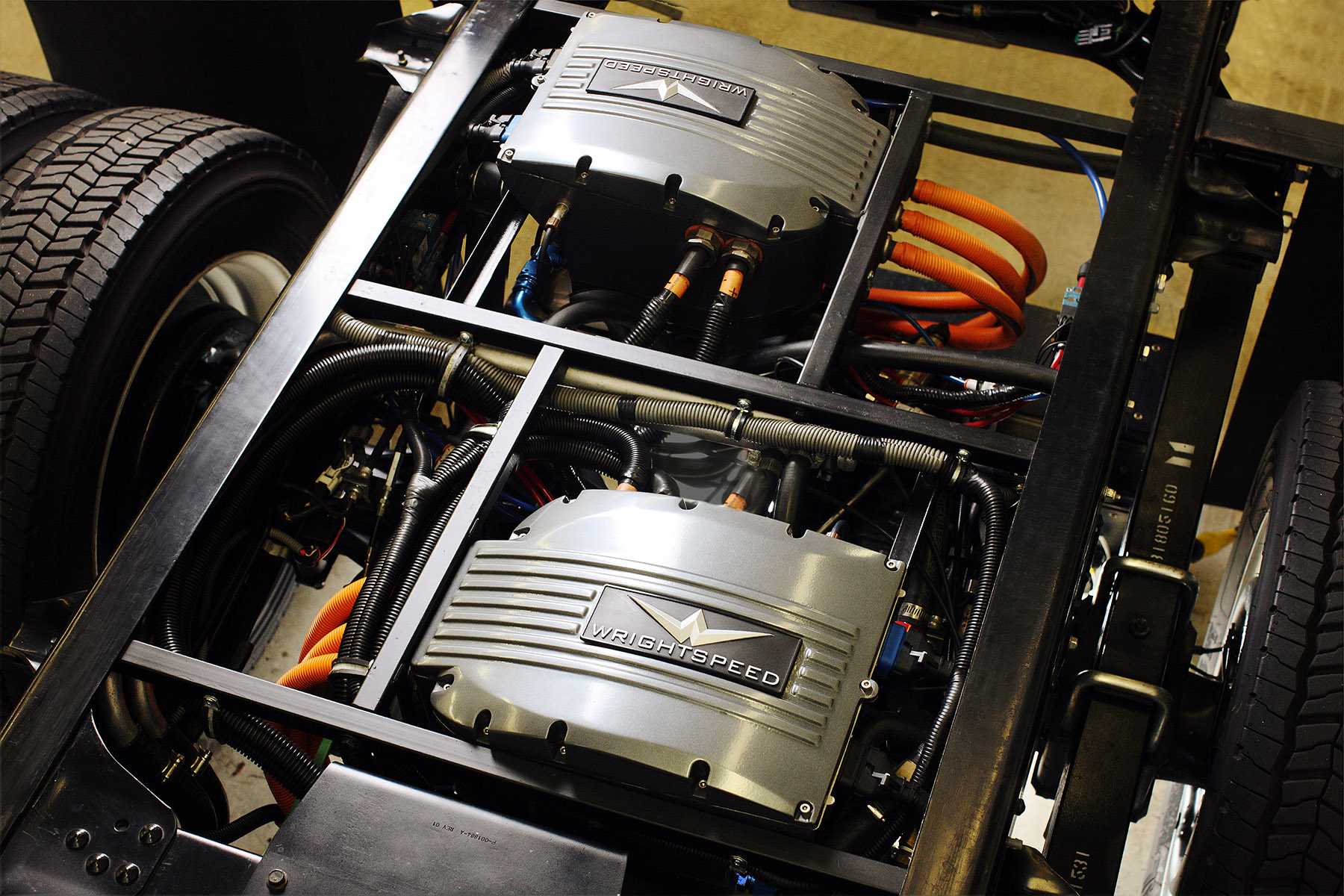 With nearly 82% of New Zealand’s electricity from renewable energy sources, transition to electric-powered public transport alongside private vehicles will deliver a step change in reducing the country’s carbon footprint. There are constraints on how quickly New Zealand’s public transport system can respond. But earlier this year, NZ Bus announced an initiative to enable us to accelerate and lead this transition through a NZ$43m investment in Wrightspeed electric powertrains.

The challenge for a relatively small market like New Zealand is the economies of scale required to adopt newer technologies such as this. The Government is addressing this through a number of incentives and other initiatives to encourage a switch to electric vehicles (EVs). In the public transport sector, a key lever for driving change is local authority contracts with public transport operators, which can include specifications for the types of vehicles to be used.

However, bus operators like us have significant capital tied up in existing fleet (predominantly diesel buses, which have an in-service life of 20+ years), so there is a risk of creating stranded assets and consequent inefficiency that makes service provision more expensive, which ultimately impacts on the consumer. In addition, the current cost and limitations of EV technology for buses (particularly for a topographically challenging place like New Zealand), create some constraints.

As the largest operator of urban bus services in New Zealand with an ambition to continue to be the market leader, NZ Bus recognised a need to act now to move ahead of the rest of the industry and to best meet the needs of future public transport users.

We looked at diesel-hybrids, but in our view they are transitional technologies at best (a diesel-hybrid will only ever be a diesel-hybrid). EV technology is developing rapidly and it will be viable in the New Zealand context well before the 20-year life of any new diesel-hybrid buses we were to purchase now.

From a business perspective, therefore, it made sense for us to think outside-the-square about how we could future-proof our fleet. We explored a whole range of options, and ultimately made the decision to invest in electric powertrain technology developed by Wrightspeed, a US-based company that was founded by New Zealander Ian Wright, co-founder of Tesla.

Wrightspeed’s electric powertrains are already in use successfully in the US in waste management and delivery vehicles. In our due diligence, they outperformed the competition on nearly every metric, including efficiency, economy, emissions, power and performance, while also enabling compliance with regulatory requirements in terms of weight and passenger numbers.

The way the Wrightspeed electric powertrain works is that electric motors, powered by batteries that store electricity, drive the wheels. The powertrain’s regenerative braking capability means that the energy created by braking is able to be converted to electricity, recharging the batteries on the go.

When the batteries do run low, an on-board range extender (or generator), which is powered by fuel, kicks in. Crucially, the range extender is fuel agnostic, which means it can run on any fuel including biofuel, landfill gas and natural gas.

While the Wrightspeed technology does not deliver a fully electric solution immediately, it is as far along the technology curve as it is currently possible to get while remaining commercially viable in the immediate New Zealand context.

We estimate that the range extender (and fuel used for it) will only be used for a small proportion of the time and the rest of the time the vehicles will run entirely on electricity. From our modelling, even in the worst case scenario – on the most topographically challenging routes – the fuel-powered range extender would only be required 17% of the time. On other routes, fuel may be required as little as 8% of the time or in some cases even zero, subject to logistics around vehicles topping up at electric charging stations in depots.

In terms of immediate benefits to our two major cities, Auckland and Wellington, which both have aspirations around reducing greenhouse gas emissions and their “liveable cities” positioning, a key feature of the Wrightspeed powertrain is that it enables “geofencing”. This means Wrightspeed-enabled buses can be programmed to run solely on electricity on specific parts of any particular route, such as key urban areas.

Investing in the Wrightspeed powertrains now enables us to leapfrog diesel-hybrids to a technology that is not only already better but is also future proofed. Once battery technology improves, the range extender can simply be removed to create a fully electric vehicle.

We will be retrofitting the Wrightspeed electric powertrain to our existing fleet, including diesel buses and trolley buses. This enables us to maximise the life expectancy of these assets, which are carbon-intensive to manufacture, rather than prematurely scrapping any of them. The Wrightspeed electric powertrains will also be fitted to any new fleet purchased as part of our ongoing fleet replacement programme.

The potential benefits to New Zealand from this initiative, in terms of reducing emissions and avoiding waste (through premature redundancy of fleet) have been recognised in a number of awards NZ Bus won in 2016. NZ Bus was co-winner of the “Outstanding Contribution to Innovation Award” at the NZ Road Transport Industry Awards in October and had a double award-win at the NZI Sustainable Business Network 2016 in November: The “EECA Business Energy Management Award” and the “Renewables Innovation Award”.

Electric-powered vehicles will inevitably be part of the future, and there are other things on the horizon such as ride-sharing and autonomous vehicles. It’s an exciting time to be in the business of public transport as these new forces are disrupting legacy business models. Our investment in Wrightspeed technology is just the start – we are continuing to look at other options for future-proofing our business and delivering meaningful environmental and social benefits.