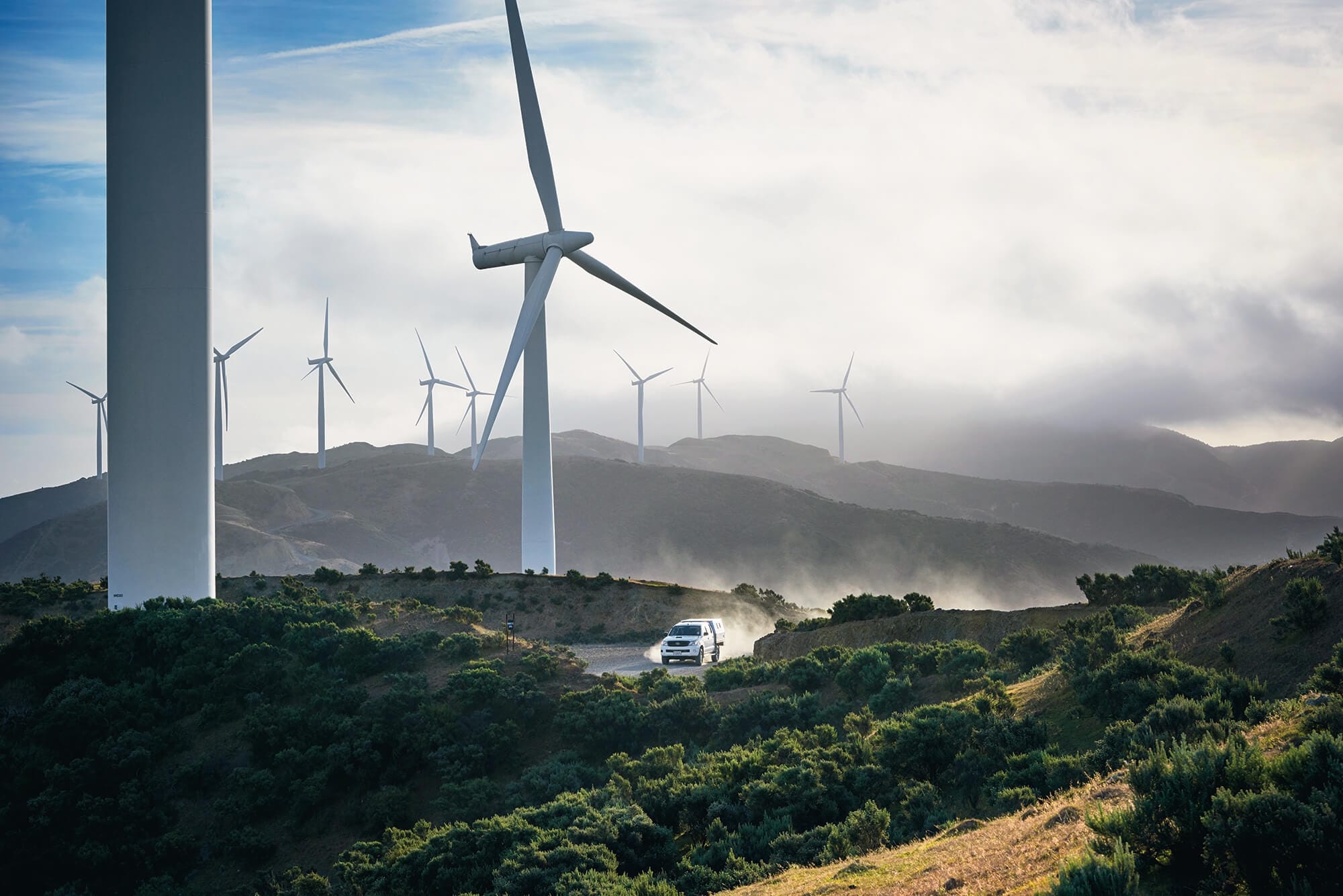 New Zealand’s ability to build domestic clean technology industries and respond effectively to climate change is handicapped by a deep-seated rigid notion that low carbon innovation can come about on the back an ETS alone. This notion disregards the processes by which low carbon innovations have successfully been developed and become competitive to date.

Concepts like ‘level playing fields’, ‘picking winners’ and ‘distortionary effects’ are selectively used to argue for lack of government action beyond emissions pricing. Consider this: since climate change came onto the political agenda in 1980, not a single clean technology has come about solely on the back of a carbon market. In fact, existing carbon pricing mechanisms that most closely resemble the first-best policies long prescribed by economists have come about following, and as a result of, investment incentives and incremental buy-in from industry and the general public. New Zealand is among the last remaining countries to understand this, and to acknowledge the economic opportunities that you forego when you adopt laissez-faire innovation policy.¹ ² ³ 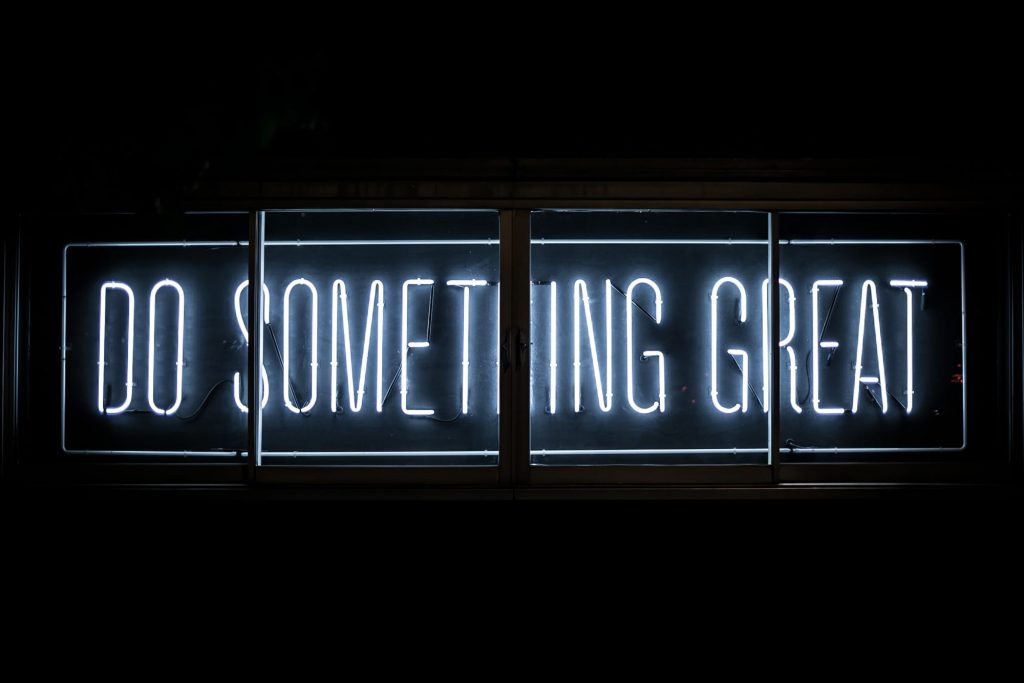 Our current government has announced funding for clean energy R&D and testing facilities, which is a great start, but addresses just one part of the innovation puzzle. Addressing the other parts of the puzzle will need to see public entities formalise and broaden stakeholder participation in the policy process, think in terms of 30 year innovation programmes from both producer and consumer perspectives, and put in place demand-side policies to support commercialisation of domestic high-risk low carbon technology. Achieving New Zealand’s decarbonisation goals will stand or fall on whether we tackle the notion of laissez-faire (ne pas faire?!) innovation –  and how entrepreneurial are our current and future parliaments willing to become. If and when we popularise a more nuanced, wiser and longer-term narrative of environmental innovation and societal change, we will simultaneously address New Zealand’s historically poor track record in terms of productivity and economy-wide capacity to drive and coordinate innovation’’. 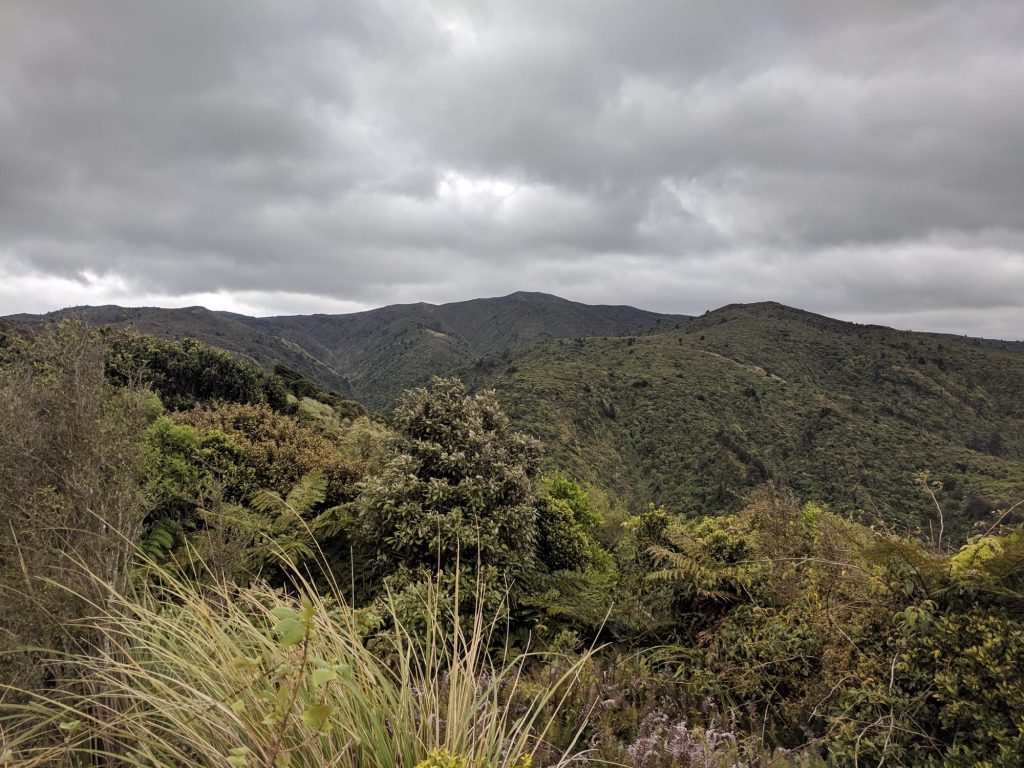 There was tangible new energy rippling through this year’s New Zealand Wind Energy Association conference, with key industry players showing off some extraordinary new kit being deployed in Manawatu and South Taranaki. The Turitea wind farm will be among the most productive wind farms in the world, in no small part thanks to Vestas’ ‘Extreme Climate’ turbines uniquely designed for markets with the nastiest of winds. This industry has come very far since 1978, when the Danish government mustered political will from left- and right-wing parties for a complete overhaul of its energy system and channelled it into a mad and risky policy experiment that seeded and nursed Denmark’s world-leading wind manufacturing market. Without that bold policy experiment, it is difficult to see how we would have the wind technology we have today.

Is our parliament planting and nurturing seeds for low carbon innovation in transport, housing or agriculture that will drive domestic emissions reductions and become a cornerstone of New Zealand’s future export markets?

History is littered with examples where disruptive innovation emerges from situations where small, medium enterprises (SME’s), start-ups and grassroots enterprise are given resources and a safe space to pilot concepts, learn, adjust and scale up. The Danes had two separate wind innovation programmes – a Small and a Large Turbine programme. The Small Wind programme sought to identify, test and improve high potential wind turbine designs built by blacksmiths and folk school teachers during the war and was highly successful. The Large Wind programme worked with R&D departments of existing utility companies to build and test larger turbine models, and failed. In fact, there is a lot of evidence to suggest that established enterprise often struggles to look outside the box when it comes to disruptive low carbon innovation. This is because they are designed to do what they do at the lowest cost possible, operating in mature markets under strong price competition, with shareholders breathing down their necks for a 12% return on investment. They don’t have the luxury to go back to the drawing board; they need to keep the ship going full speed, even if they know that ship is heading towards an iceberg. Start-ups, social and community enterprise don’t demand 12% returns, very often because they derive social and environmental value from their work – they are often motivated to fundamentally rewire the ship and change the direction it is headed. But – and here is the catch – they can only do that if and where the state steps in to reduce risk exposure. So if the government wants to decarbonise housing, transport and agricultural sectors, it needs to reach out to small players and unlikely winners with the flexibility to invest in high-potential low-return innovation, and incorporate their needs in the policy design process. In practice, this means working with local and regional handholding organisations (regional economic development, incubators) to identify a representative variety of change makers (incumbents, new entrants, academics, independent research organisations), and involving them in the policy design process in a more structured and transparent way. 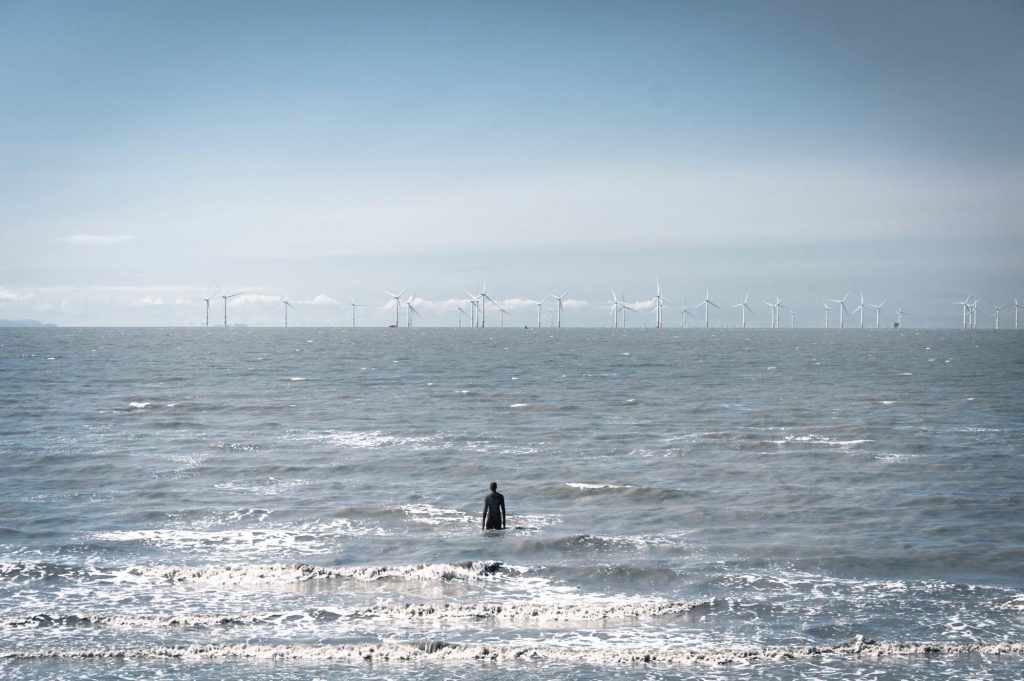 In New Zealand we tend to think of subsidies as a tool to shoulder the pain of carbon pricing, a sequel or an afterthought to a proper functioning carbon market. In fact, the most successful mitigation programmes to date have put investment incentives central, in tandem with supply-push policies. Without investment incentives, novel technologies tend to stall following the R&D phase, unable to compete in the market in absence of economies of scale, established supply chains and legitimacy. In other words, it is not a level playing field to begin with, and demand-pull policies are put in place to give a wide range of new technologies a chance to acclimatise to the marketplace (and vice-versa). 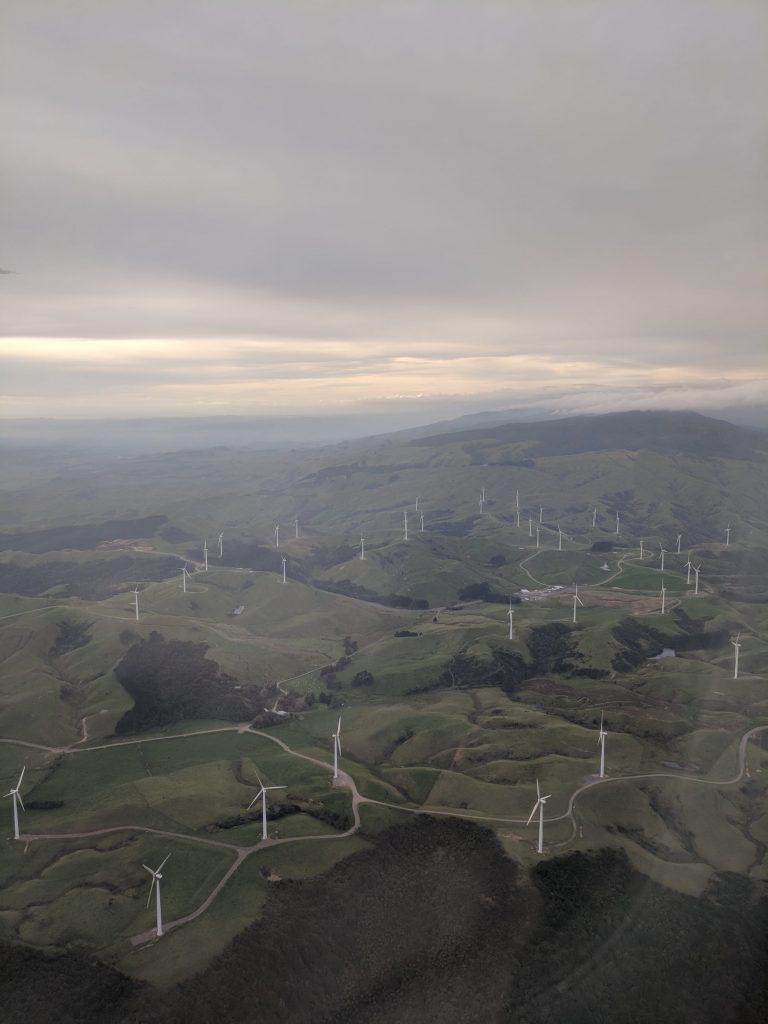 The Danes placed market access regulation, investment incentives and supply obligations side-by-side with R&D, testing and independent quality assurance standards, to ensure there was domestic demand for continuously improving wind turbines that were nowhere near competitive on the market. This allowed actors from across society to rally behind the government’s clean technology programme, becoming part of the solution rather than the problem. Yes – it was expensive and yes, it was a gamble. Wind technology now represents 12% of Danish exports. An entrepreneurial government takes calculated risks – and it pays off handsomely.

Investment incentives allowing the widespread diffusion of novel clean technology by industry and civil society generate public benefits and public support for more stringent climate change and energy policy. In Denmark that popularity ensured support from centre – right wing parties, generating more or less continuous political support and a healthy investment climate for the wind industry over the course of forty years. This is just about how long it has taken for wind to be able to compete with conventional fuels on the market. We need to stop writing off subsidies for pre-commercial low carbon innovation as ‘hand-outs’. To prevent organised opposition of powerful lobby groups and industries, we need to factor in the social and political effects of climate change policies by studying their combined distributional effects on different stakeholder groups.

For those of you who still don’t get the message – let me put it bluntly: laissez-faire innovation policy is out-of-date. Governments worldwide are taking a leading role in bringing low carbon innovation to market, enabling consumers and communities to partake in technology diffusion and meeting local and regional needs, and opening up thorny questions around sustainable consumption at the same time.

To those of you who experience a visceral reaction to these arguments (and/or want to send me hate mail), I’d like to pre-empt some common questions:

Q. How do you know this, what are you basing this on?

A. I have compared adoption and non-adoption of the full range of supply-push and demand-pull policies driving renewable energy innovation in five countries from 1900-2015.

Q. If what you say is true, how come New Zealand has achieved the highest share of renewables without subsidies or direction from policy makers?

A. A large proportion of New Zealand’s power generation capacity (hydro power) was built, owned and operated by the state prior to 1978 when the sector was unbundled and privatised. So no, New Zealand has definitively not achieved its track record in renewables without government support – to the contrary.

Q. Are you seriously saying that our leading firms can’t innovate?

A. Under pressure from government or competition incumbents can pursue disruptive innovation side by side with their mainstay business –  but in small concentrated markets like ours, with low public expenditure on R&D, incumbents can and have sometimes used their market power and their sway over government to resist having to reorient their assets, technical capabilities, and business models, and to proactively keep niche innovations at bay. Inclusive, transparent policy processes and resourcing new market entrants with niche innovations and can help balance out the conversation, step up the pressure on incumbents to reallocate resources, and step up the pace of change.

Q. But isn’t it potentially dangerous to let the government ‘pick winners’?

A. This argument is based on the premise that market price is a good indicator of the relative value of different technologies to society. But even under a perfect emissions trading scheme, where carbon price equates the true marginal abatement cost (we don’t have this), price still doesn’t take into account the systemic factors that constrain and enable the emergence of cost- competitive technology. In the energy sector that might include for example requirements and compatibilities of different technologies in relation to demand profiles, structure of the existing power market supply, risk premiums facing new technologies or externalities that are a function of increased adoption (such as innovation and learning spillovers, imperfect competition, supply chain coordination effects, and legitimacy costs).  So: you pick winners whether you put in place enabling policies or not; in absence of demand-pull policies, we will simply squeeze out any pre-commercial technologies, and wait on other countries to do the innovating for us. While cost-efficiency and affordability are legitimate concerns, taken alone they are not a sufficient basis on which to evaluate public intervention for pre-commercial technologies. A more constructive policy assessment would focus on the design of the monitoring, feedback and decision-making mechanisms that the government can use to allocate resources to highest potential technologies.