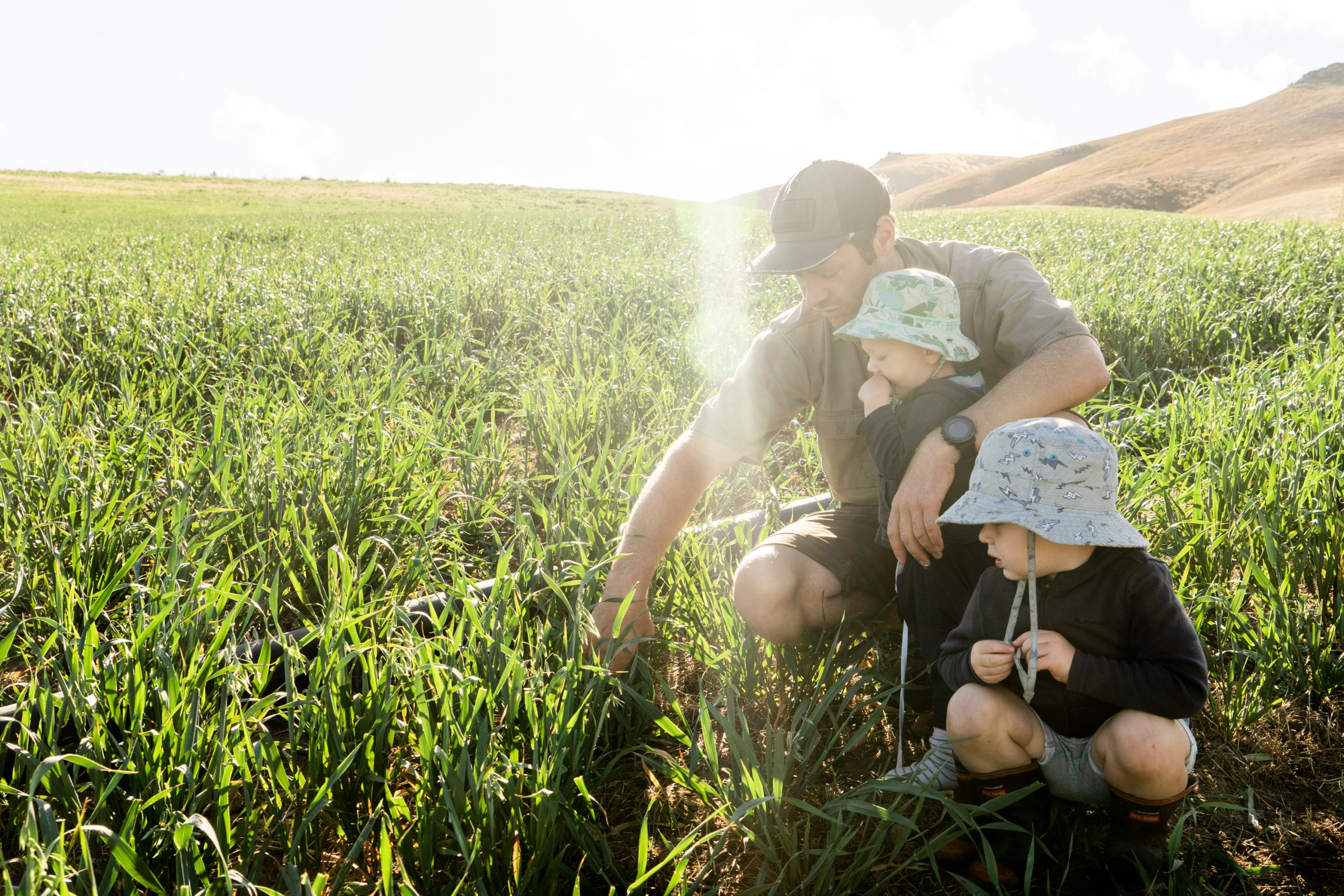 Informing the Future with Regenerative Agriculture

We must learn how to work with nature, not against it. In all we do.

Nature’s rebound is one of the upsides of the otherwise calamitous Covid-19 crisis. Atmosphere and waters cleared, the land quietened, and birds, fish and animals returned. When we took our foot off the neck of nature, she responded with renewed vigour and resilience. But we gave nature only a temporary reprieve while lockdown lasted. 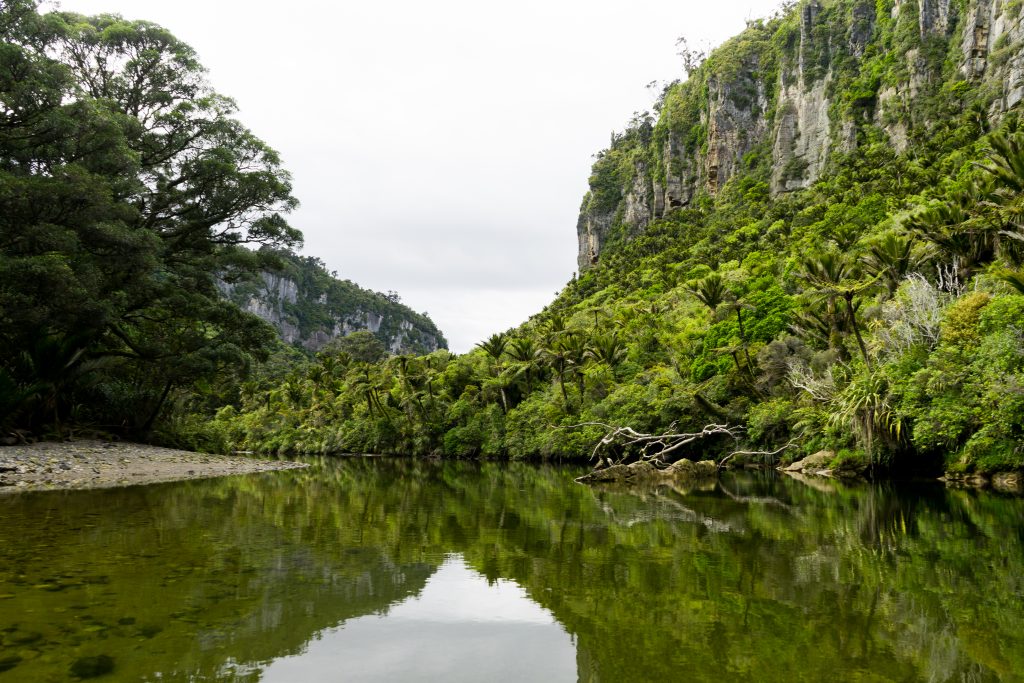 Speed is another surprise about the virus, in ways frightening and uplifting. It is spreading with astonishing speed through the human population. Harmless to the bats it came from, it is deadly to some people it attacks. Yet, people have responded fast, individually and collectively, magnificently and abysmally. One way or another, humankind is getting through this crisis.

We could choose to ignore these lessons of nature and speed. We could carry on the way we were before the virus struck. If so, nature would respond ever faster to the destructive pressure we humans put on it. Climate catastrophe, species extinction, ecosystem destruction and degradation of air, water and soil would all accelerate with frightening speed. With every species we eliminate, we break one more thread in the web of life.

Or we could choose to apply these lessons to our relationship with the planet. If we did, we would help nature restore the living systems on which human life utterly depends. We could make our towns and cities healthier and more productive, in terms human and natural. Ways to do so include travelling less by relying more on virtual communications and walking, cycling and public transport; by restoring our urban rivers and coastal waters; and by bringing more of nature back into our urban environments to help us feed ourselves and restore our urban ecosystems. 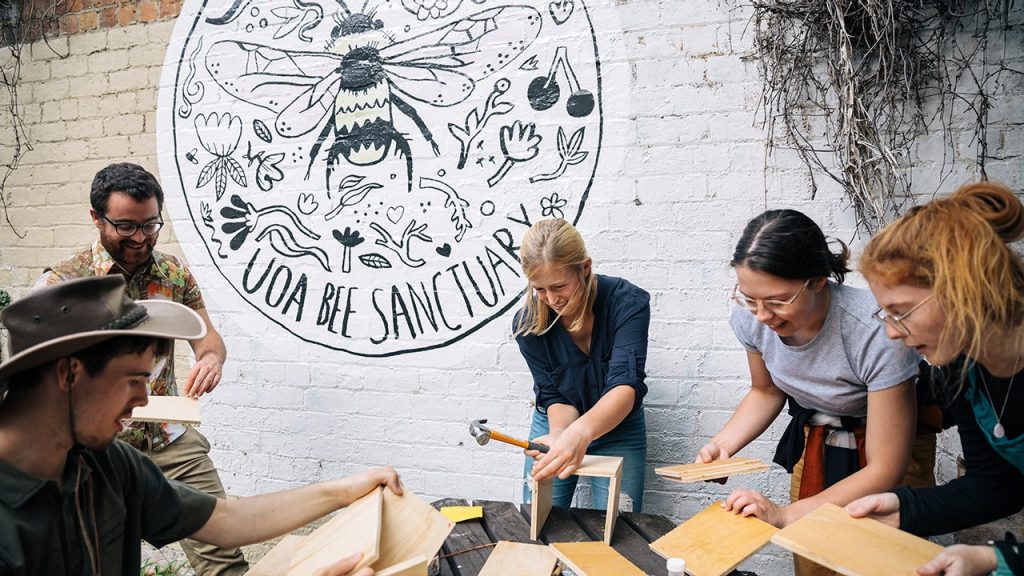 Photo from Auckland University – A working bee at the UOA bee sanctuary.

Beyond our towns and cities, we could help nature rebuild its diversity and vitality, resilience and fecundity in all of Aotearoa’s land, waters, atmosphere and oceans. Ways to do so include eradicating predators from our native bush; helping threatened species recover; making infrastructure compatible with natural environments; ensuring tourism and other human activity don’t degrade pristine places; and using natural resources in ways that help renew and regenerate the ecosystems which provide them to us.

An inexorable logic runs through these great ambitions. We must learn how to work with nature, not against it. In all we do.

One expression of this is the regenerative economy. This is a radical change from the exploitive economy which has driven human progress through the two centuries of industrialisation to date. The bankruptcy of the exploitive economy is abundantly clear. One measure of its ecological failure is our breaching of some of the nine planetary boundaries defined by Earth systems science. One measure of its economic and social failure is the UN’s Human Development Report.  Of all the enormous challenges of creating a regenerative economy, the greatest is learning regenerative ways to use land to grow food. Yet, doing so will have multiple benefits to the planet and people. It is the bedrock on which we can build sustainable human societies. 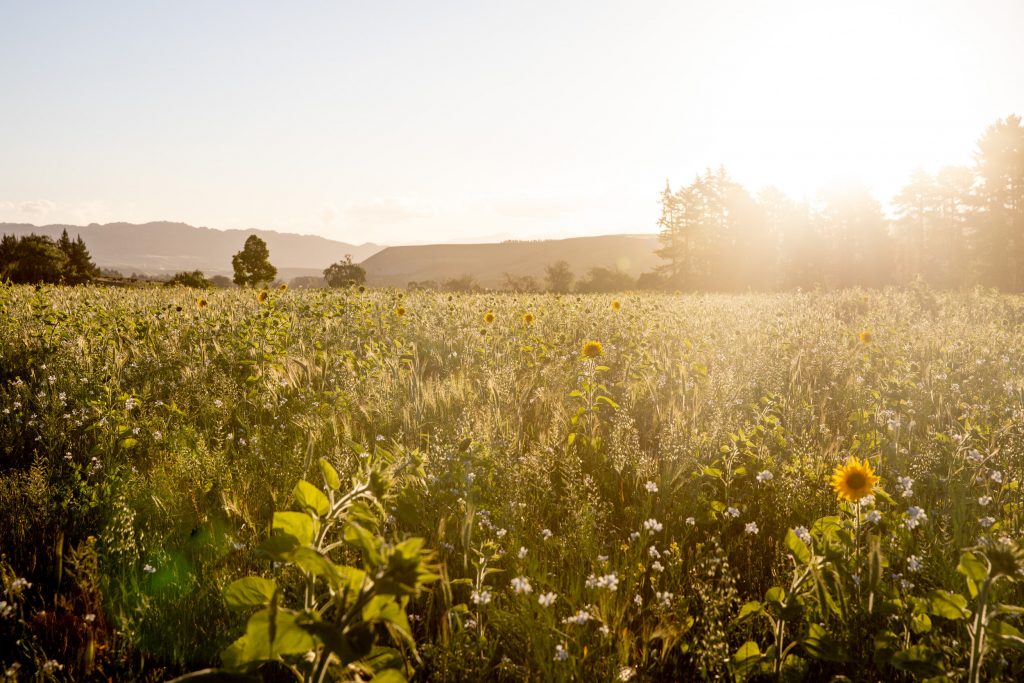 For the past century or so, the industrialisation of food production has had its triumphs. It has made much more food available to far more people at prices ever more affordable for many of them. But such farming systems are the greatest human drivers of changes in land use, in ecosystem degradation and species extinction. Cumulatively, they are the greatest single cause of climate change, which only compounds and accelerates the other problems they create. Moreover, some industrialised food consists of “empty calories,” those which provide energy but little or no other nutrition. Consequently, there are now more obese people (from a number of causes, not just nutrition) in the world than malnourished. This is causing a health crisis. “Overweight and obesity are linked to more deaths worldwide than underweight. Globally there are more people who are obese than underweight – this occurs in every region except parts of sub-Saharan Africa and Asia,” the World Health Organisation reported recently.

The twin goals of healthy people and a healthy planet are inextricably linked. But we can’t achieve them by incremental improvements in existing systems. They are too broken, their damage is too great and our time too short.

Only radical, fast reinvention informed by nature itself will work.

A wealth of investigations, initiatives and organisations have embraced this essential truth in recent years. They range from long-established bodies such as the World Economic Forum and The Commonwealth, to new alliances such as the Food and Land Use Coalition, which published a report last September entitled Growing Better: Ten Critical Transitions to Transform Food and Land Use. One of the best guides to how we can feed a healthy diet to 10 billion people (the likely human population by 2050, up from 7.8 bn now) within the planetary boundaries is the work of the EAT-Lancet Commission on Food, Planet, Health. This joint venture between a Scandinavian NGO and a British medical journal published its definitive report early last year. Its starting point was to establish healthy reference diets, then to work out how much the shift to them would reduce the environmental impact of current food and farming systems. “Transformation to healthy diets by 2050 will require substantial dietary shifts, including a greater than 50 percent reduction in global consumption of unhealthy foods, such as red meat and sugar, and a greater than 100 percent increase in consumption of healthy foods, such as nuts, fruits, vegetables, and legumes.”

The report’s data, analysis and graphics are compelling. For example, red meat consumption in North America is five times the recommended healthy intake per person; in Europe and central Asia it is three times. Dairy consumption in those three regions is only moderately above the recommended intake. But the adverse environmental impacts of dairy production per serving are similar to red meat so they share the same transformational challenge.

In addition to changes in diet, new forms of food will play a crucial role too. Two alternatives to red meat and dairy products, for example, are substitutes made from plants or grown from stem cells. Both have significantly reduced environmental impact compared with the farmed versions, as do plants grown aeroponically and in other forms of indoor horticulture. 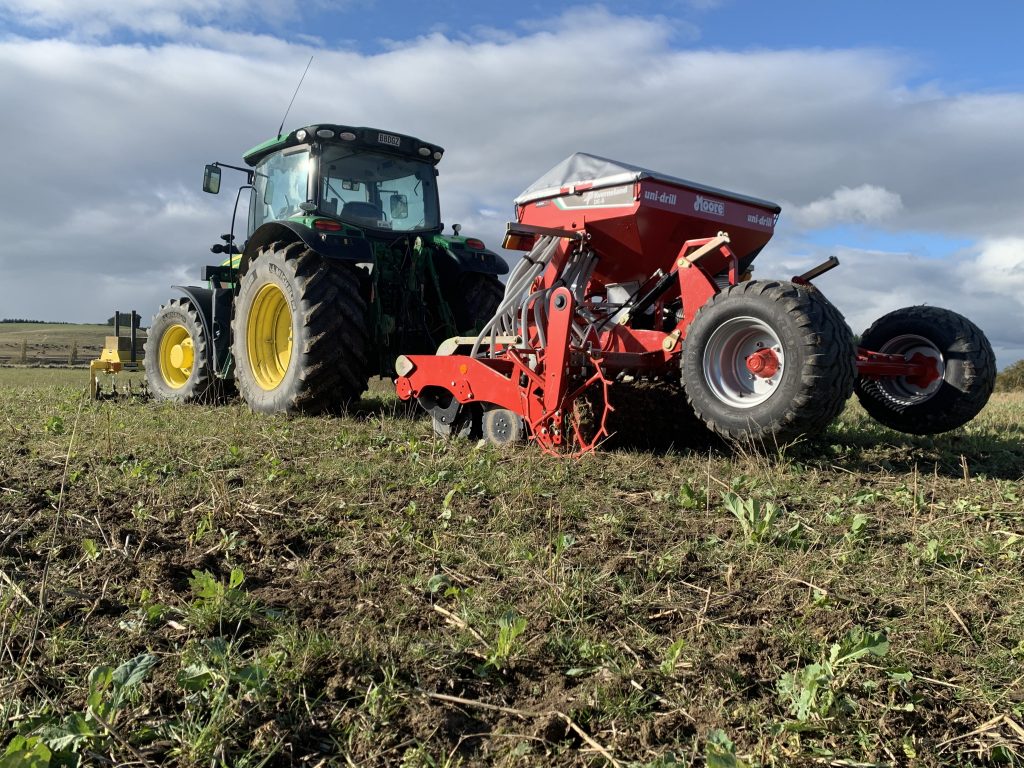 Here in New Zealand, our red meat and dairy sectors argue they have two advantages over their farming competitors abroad: they are more efficient, and their pasture-based systems have lower environmental impacts compared with feedlot farmers overseas. Thus, they believe they will always have plenty of consumers overseas who are willing to pay high prices for their high-quality products.

But that’s as logical as if Volkswagen said it will always have plenty of customers for its high quality, reliable, safe and relatively low emission fossil fuel cars. Quite the contrary. It is designing its last range of fossil fuel engines it will ever make. They will go into production in 2026 to tide it over until electric, hydrogen and other zero-emission technologies are ubiquitous. Along the way, Volkswagen’s customers are gaining substantial economic and environmental benefits.

Our farmers need to make a similar transition. Yes, they will keep producing quality meat and milk, just as Volkswagen will keep making cars. But how can they transform their science and practices to turn their farms from sources of greenhouse gas emissions into carbon sinks? This would help turn their farming from an extractive system to a regenerative one. And with zero nutrient losses due to the improved soil filtration of more diverse pastures with longer roots, their farms would be more productive and environmentally sustainable. 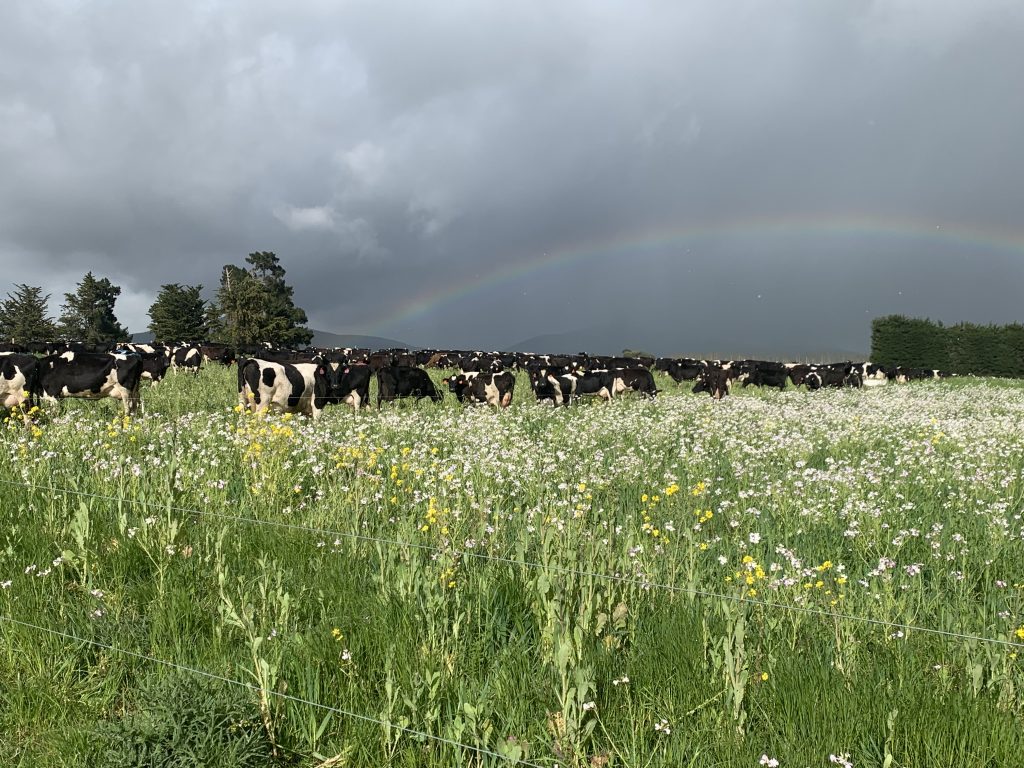 Transitioning rapidly to regenerative systems, our farmers would build ecological and economic resilience and establish this new competitive advantage, even over such farmers overseas. Our farmers will have a deeply compelling story to tell about their pivotal role in restoring Aotearoa’s unique ecosystems and species, and in encouraging urban Kiwis to bring true regeneration to their built environments and economic activity.

By helping nature rebuild the ecosystems on which their farming utterly depends, they will be agents of positive change. Doing so, they will build far closer relationships with their customers at home and abroad, and with their fellow Kiwis who would applaud and support such a transformation. 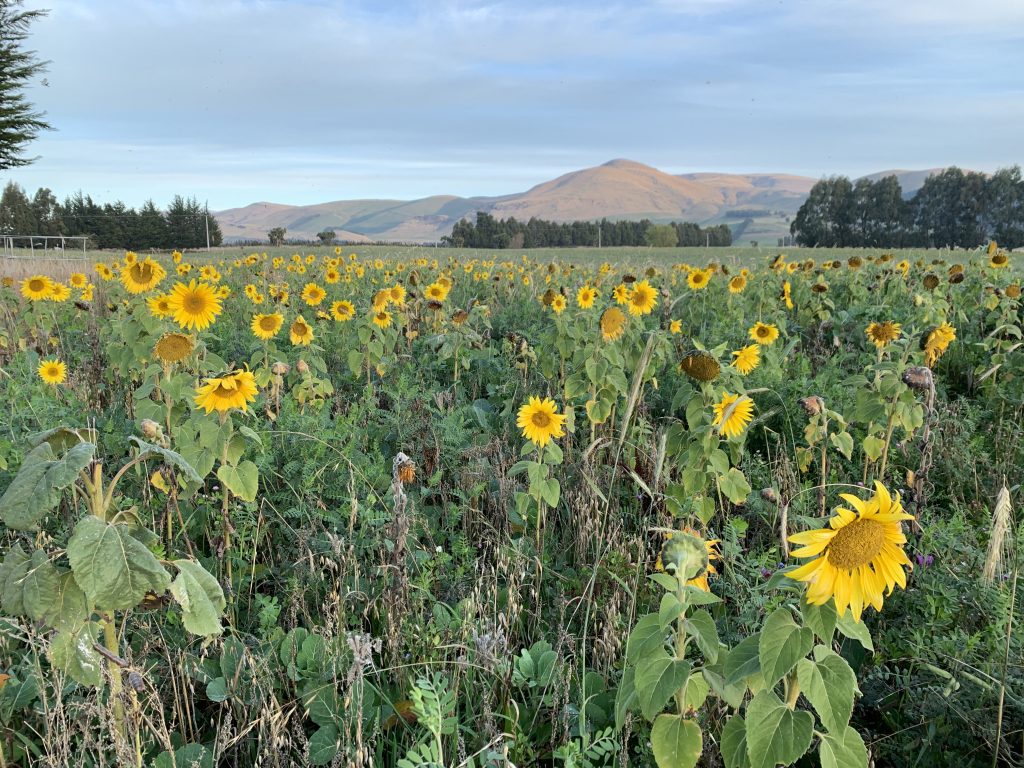 A growing number of Kiwi farmers are already on the journey, as Pure Advantage and the Edmund Hillary Fellowship explore in their newly launched initiative Our Regenerative Future. This column is part of that series of articles laying out principles, practices and case studies of regenerative agriculture in New Zealand. Alina Siegfried is the lead author of the series, edited by Simon Millar at Pure Advantage and I’m an EHF Fellow.

This is absolutely the right time for us to begin to regenerate. The virus crisis is forcing us all to think and act better and rewarding us for doing so. Nature is showing us the way.