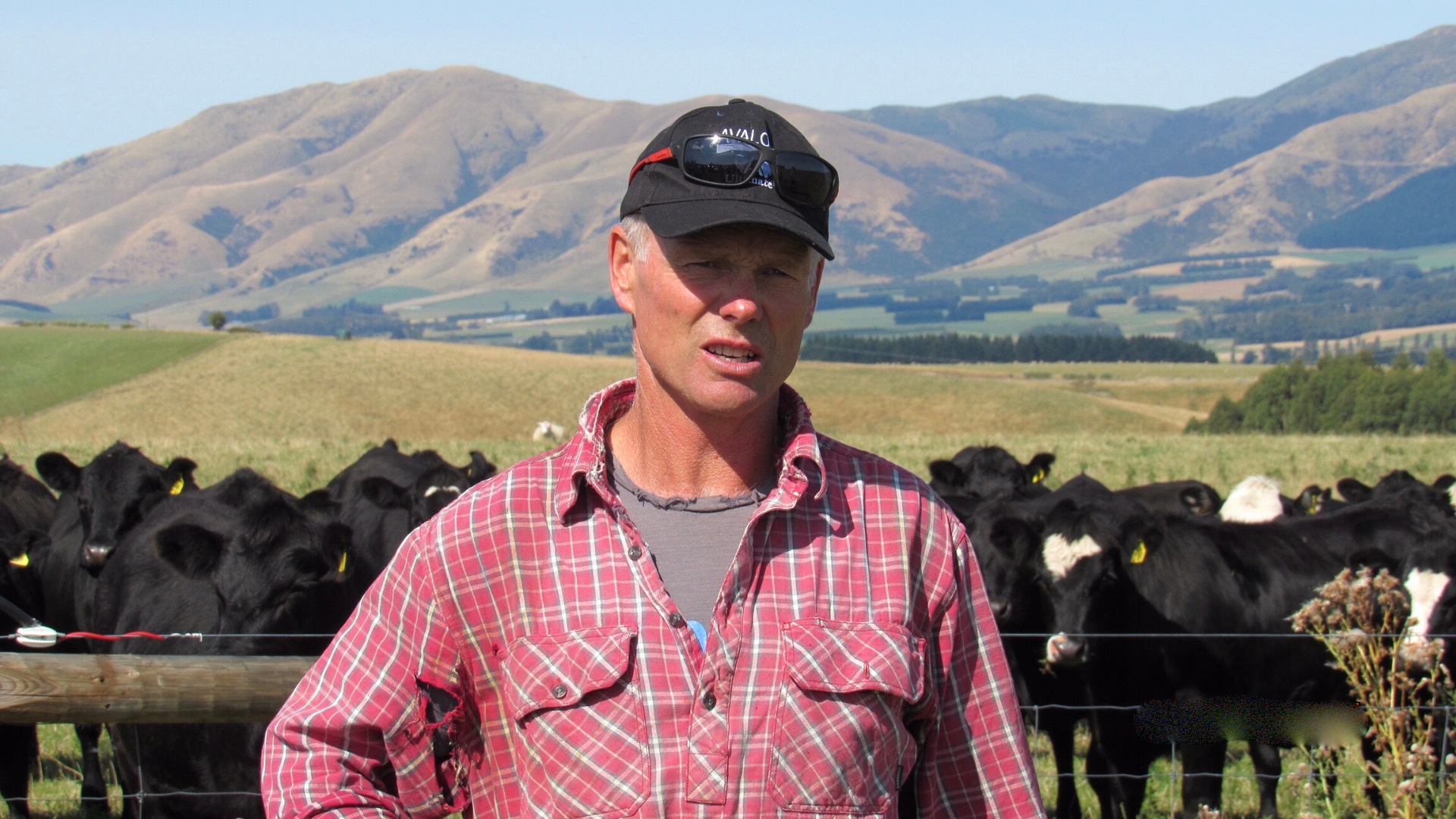 From Organics to Regenerative Agriculture with Allan Richardson

When Allan Richardson told his father in 1998 that he planned to convert a small portion of his West Otago sheep and beef farm to organic, his father cautioned him to do it right at the bottom of the farm, where the neighbours couldn’t see.

To his father it felt like a step backwards in time, as he had built up his own farm from nothing and had seen first hand the increased yields delivered by application of superphosphate and sprays to control gorse. He could not understand why Allan would make things more difficult for himself.

Yet Allan could see where the market was going. He had an inkling that producing organic lamb, beef and wool would deliver premium returns, and that global demand would rise. 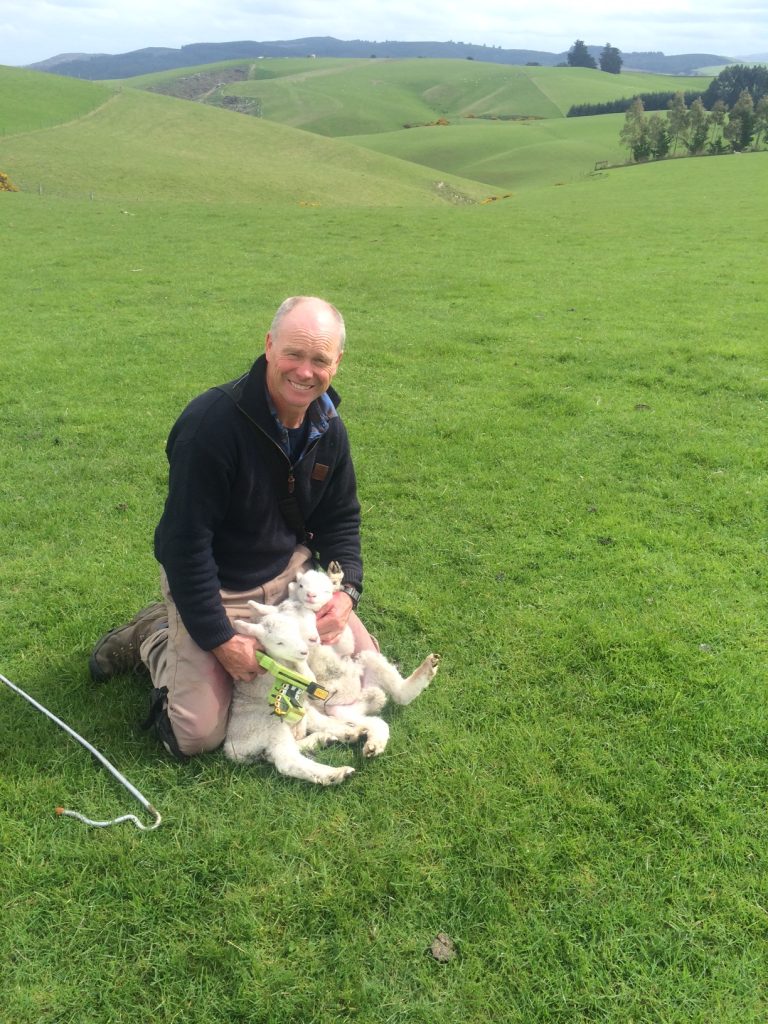 It turns out he was right. In the 22 years that Allan has been farming organically, the value of the global organic food and beverages market had ballooned to US$165.52b by 2018, and is anticipated to reach almost $680b by 2027.

“If it hadn’t been working, we would have packed it in long ago.”

A year after converting a block of land to organic, Allan was selected for a Nuffield scholarship in 1998, and with his wife Sonia used the opportunity to travel and study organic farming systems across the UK, Europe, Scandanvia, Canada, and the US. Allan learned a lot about what it took to farm successfully, and even more about global organic markets.

Upon his return to New Zealand, what started out as market-driven motivation soon became a passion for Allan. Over the next six years that 40ha organic block at the bottom of the farm was extended to the whole 1300ha property, Avalon Farms and Avalon Genetics, about 30 minutes North of Gore.

At that time, 20 years ago, organics weren’t on the radar of many farmers or consumers in NZ, and while many of his farming friends were curious, they were initially slow to come on board. Without a guidebook, and with the Internet only just beginning to show its promise for knowledge-sharing, little information existed to support organic farmers on their journey. Uptake within the farming sector was slow in these years, but eventually Allan began to see other farmers in the region going organic.

However, Allan was starting to see some of the ways in which organic farming was not the panacea for modern agriculture. Still regularly ploughing fields, soil carbon was lost and premiums weren’t as good just a few years earlier.

The efforts he saw were hugely encouraging, made a lot of sense, and the various stories filled the gaps Allan had been looking for in organics.

“I think the reason regenerative agriculture has taken off is
because there are so many people willing to help you –
a pleasant surprise coming from the organics industry
where there was more of a culture of competition between small farms.”

In 2017, Allan adopted more comprehensive regenerative practices across his property. He has improved plant diversity in his pastures, sowing 10-15 species in both winter and summer crops. Going into winter, he has 5% of his land in winter cover crops, and is reporting good yields with just compost or low levels of fertiliser use. The Brix levels of his pasture (a measure of sugar context in plants) have tripled to around 10, and while many Otago farmers are just looking to help their livestock survive through the bitter southern winters, Allan’s stock actually put on weight over the winter months thanks to intensive grazing of these crops. 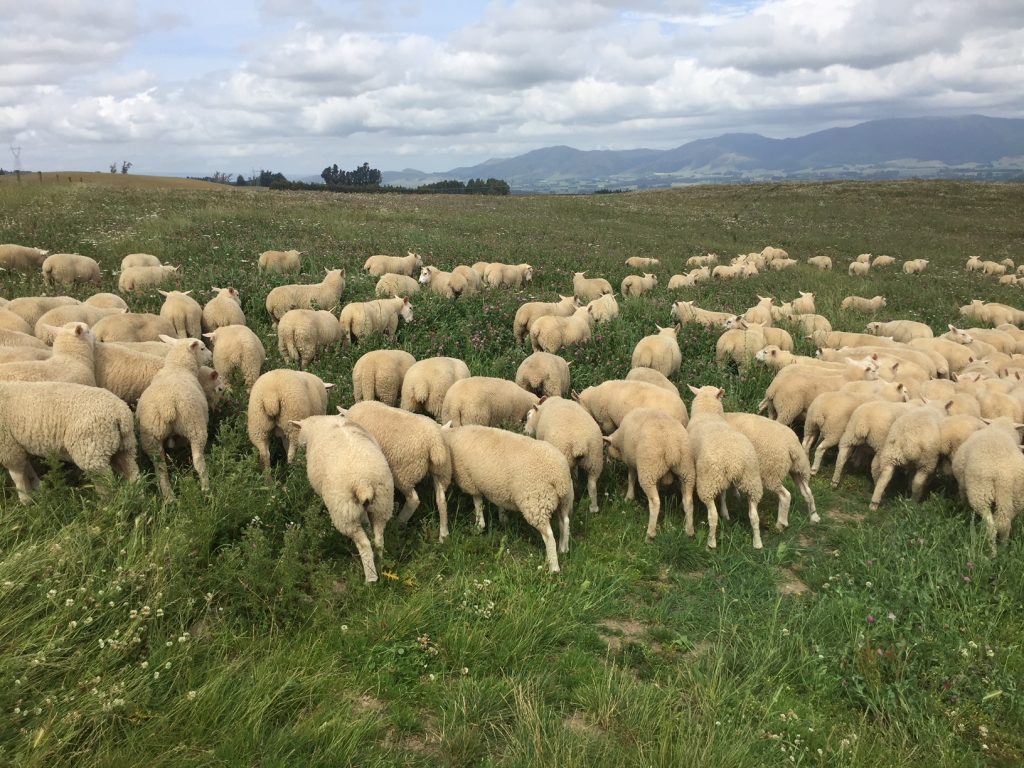 Allan says the quality and taste of the meat from Avalon Farms has also improved. While nutrient testing on organically produced beef and lamb prior to the transition to regenerative didn’t show much difference with neighbouring conventional farms, he is hopeful that the pending results from more recent nutrient testing will indicate higher levels of omega-3 fatty acids, which have great benefits for brain and body health.

“Going forward, combining organic and regenerative practices on the farm should produce food with the highest level of nutrient density
and food safety that consumers can buy.”

Allan has become particularly interested in soil carbon after reading about soil’s potential for carbon sequestration. With increasing focus from researchers and farmers across the world, farmers just starting out on their regenerative journey should invest in soil carbon testing in order to establish the baseline. In Allan’s case, he has been testing the soil for carbon over the past two years, at a depth of 300mm and 600mm. While too early to report definitive results, visual assessments of the soil are promising, the topsoil is extending further down the subsoil profile than before, and water infiltration rates are improving.

“Organics is limited by the set of rules we have to farm by,
and it can be limiting in terms of building healthy soil”

In response to claims that NZ does not need to sequester carbon because we already have high levels of soil carbon compared to other countries, Allan says there is still a lot of room for improvement, and drily suggests that we “follow the money” when assessing the credibility of those who would make such claims. He reminds us that we are living in the midst of a global climate crisis, and that the opportunity to take excess carbon out of the atmosphere can only be a good thing. Farmers already do this with the natural process of photosynthesis, and Allan believes that those who are sequestering higher levels through regenerative practices should be rewarded financially for providing a public good.

“Trying to protect the status quo is no longer a battle that we should be trying to fight. We’ve actually got to move ahead.
Rather than sustain, we’ve got to regenerate our soils, our farmland.” 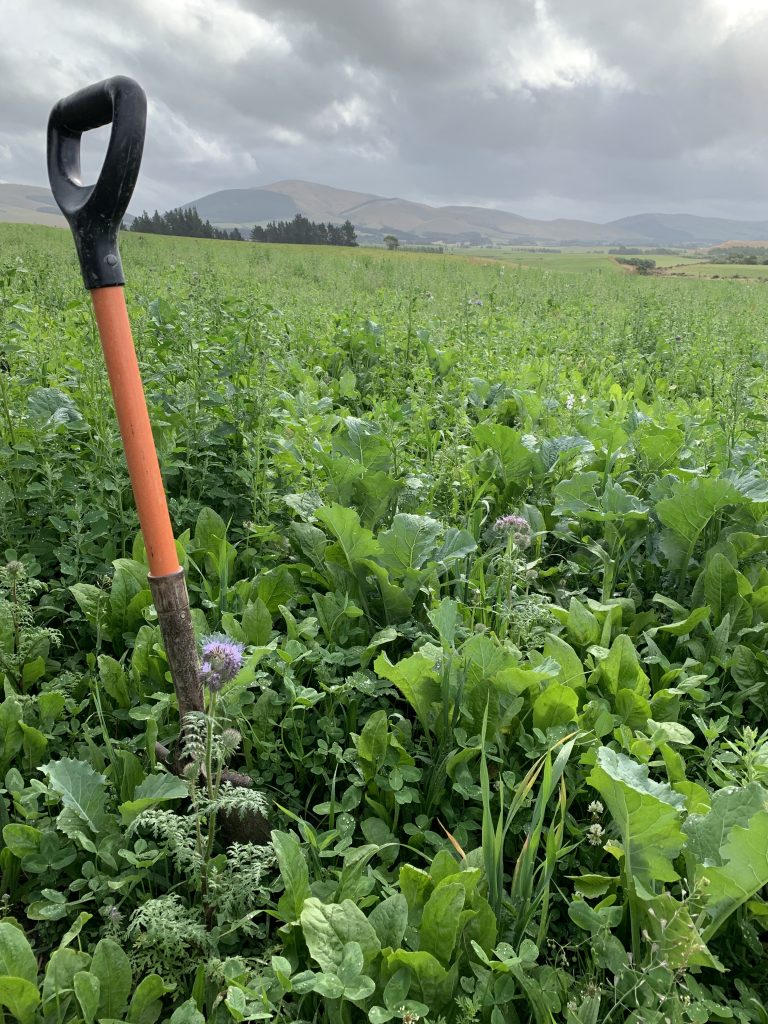 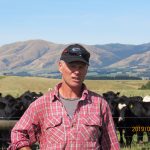 Allan and Sonia farm two blocks of 500 ha and 800 ha near Heriot in West Otago,1.5 hours inland from Dunedin and 40 minutes north of Gore. The 500-ha block is run by an equity partner. Total stock units are 11000 made up of 7000 Perendale and Ultimate ewes and 180 Angus cows plus replacements. Their farm organic conversion started back in 1998 and a 6-month Nuffield scholarship in 1999 allowed them to see the global potential for organics. When they got home, they started the process of converting the rest of their farms. They have sold their Avalon Organic meat domestically from 2003-06 and were part of an organic lamb export to the US from 2007-09. Currently their lamb is sold to Alliance and Beef is marketed by NZ Organic Meats. Wool is marketed by PGGWrightson and Wools of NZ.
The last four years has seen a move to regenerative practises and Allan has embraced the high density grazing along with the cover crops and minimal tillage. It is exciting because there is a real buzz from farmers getting into it and the knowledge both here and overseas is freely shared between farmers. Regenerative farming holds many of the missing links for organics and the combination makes this a double win for, family, farm, profitability, environment and the consumer.