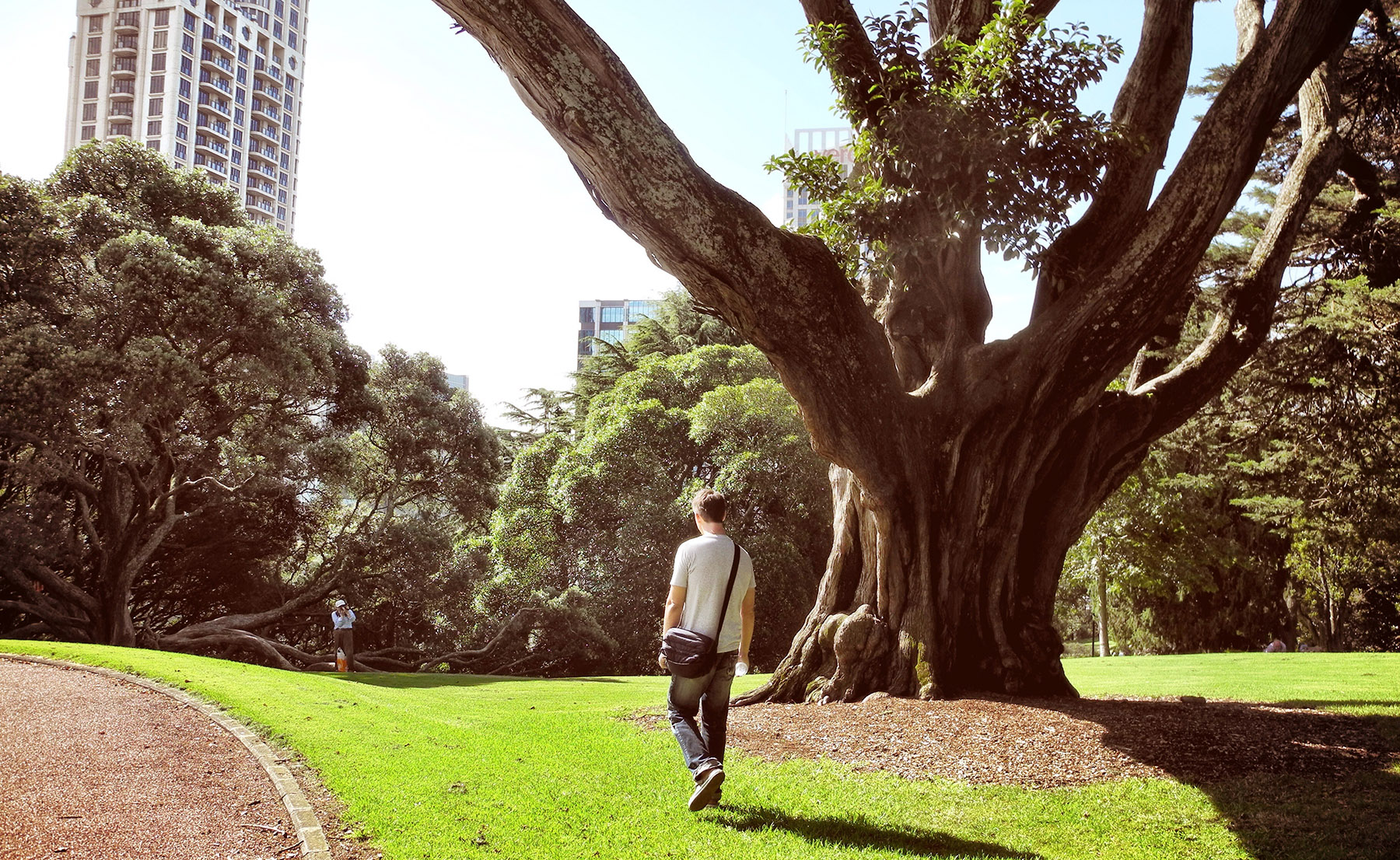 When a tree falls in an empty forest, does it make a sound?

That’s why, in my Our Forest Future report, I identified urban forest as one of three target areas for New Zealand’s future forest. What makes urban forest so special is that, for all the positive environmental impacts that each tree generates, the social impacts are multiplied because there are simply more people around to enjoy them.

Some folks already get this. Auckland mayoral candidate Phil Goff recently announced his Million Trees Programme, a pledge to plant one million trees and shrubs over three years if he becomes mayor. Wellington already has its Two Million Trees initiative to plant two million trees by 2020. Then there’s the grand vision of the Avon-Ōtākaro Network to “green the red zone”, to establish an ecological and recreational reserve around the Avon River on red-zoned land.

Of course, some will dismiss these projects as nice-to-haves, as “feel good” policies that ultimately aren’t essential. But there are plenty of hard-nosed reasons to invest in tree planting in cities. Trees and shrubs are part of a city’s “green infrastructure”, an integral aspect of urban planning that adds to a city’s value, cuts long-term costs, and provides services that are no less tangible than a city’s “grey infrastructure”. 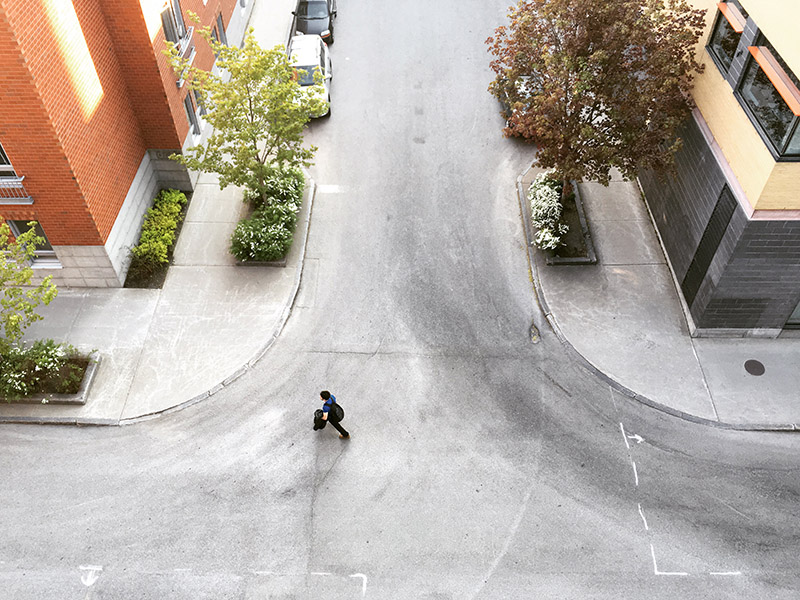 To compensate, we invest in the “grey infrastructure” of gutters, sewers and holding ponds to funnel this stormwater into our waterways and harbours. But it also carries sediments and contaminants such as oil, rubber and metals from cars, pesticides and herbicides from gardens, plastics, garbage, and miscellaneous other chemicals. These contaminants, especially heavy metals and polycyclic aromatic hydrocarbons (PAHs), then accumulate in the tissues of marine life such as shellfish. This potentially creates problems for our kaimoana and those who eat it.

Measurements from 2009 to 2013 concluded that twelve per cent of Auckland Council’s monitoring sites had high rates of contamination, especially from zinc, copper and PAHs. At those concentrations, negative ecological effects are expected to occur. A further twenty-six per cent of sites were moderately contaminated to the extent that ecological effects might appear. The most problematic sites were associated with highly urbanised catchments like the Upper Tāmaki Estuary and Central Waitematā Harbour sub-estuaries like Motions and Meola.

But trees and other kinds of vegetation alleviate these problems by reducing the volume of runoff and pollutants. Firstly, trees intercept rain in their canopy, capturing anywhere from 15% to 27% of annual rainfall depending on the age and species of the tree. Airborne pollutants are captured, filtered and stored through this process. The absorption of water and pollutants is then repeated at ground level by the root systems of trees.

This latter point is especially relevant for Christchurch. The lands around the Avon River are already flood prone, with risks increasing as sea levels rise. By planting trees in flood prone areas, however, Christchurch could create extra leeway by increasing the land’s capacity to absorb water.

And intercepting water isn’t the only benefit. Here’s a few fun facts about urban trees:

New Zealand is way behind in this. There’s some laudable ambitions – like those mentioned earlier – and good research emerging. But there’s not enough locally relevant knowledge being corralled into ambitious and feasible city strategies.

A good role model is Toronto’s Every Tree Counts report. By getting a handle on the value of trees, the report concluded that the annual cost of managing Toronto’s urban forest was exceeded by the CAD$28.2 million in ecological services that the trees provided every year. Now Toronto is committed to increasing its tree cover from 28% to 40% within 50 years.

Another example is Melbourne. Its comprehensive Urban Forest Strategy aims to increase urban forest canopy cover from 22% to 40% by 2040. This is supported by credible pathways and a clear exposition of the prospective benefits, especially providing shade and reducing urban heat. Famously, its interactive Urban Forest Visual also enables Melbournites to forge relationships with neighbourhood trees by sending them affectionate emails.

Meanwhile, British cities are joining up to the Urban Tree Cover project to create inventories of their urban forests. Drawing on this, the new Mayor of London Sadiq Khan has pledged to increase urban canopy cover by 5% from a 20% baseline.

What all these initiatives have in common is the i-Tree programme. Developed by the USDA Forest Service, it is a suite of free tools for assessing the status of urban forests and their economic value. It isn’t the only way to plan urban forest, but it is now the international standard.

Some preliminary work on i-Tree was undertaken in New Zealand a few years ago. An analysis of trees in Auckland’s Wynyard Quarter found that each tree delivered $2.60 in air pollution removal benefits. For a full roll-out, however, someone needs to create parameters that are specific to New Zealand’s native trees. Meanwhile, official interest in i-Tree appears to have stalled for no good reason. We could – and should – do better.

Knowledge will involve engaging with tools like i-Tree. Conservation will involve assessing how the Resource Management Act and local rules are impacting on our urban forests, as well as defending our urban trees from weeds and from pests, both animal and human.

Finally, growing green assets like our urban forest will require investments of land, labour and money. But these immediate investments can be justified in anticipation of long-term returns. We can also make these investments effective by returning to knowledge. For example, a LIDAR study of Auckland found that newer suburbs have less dense canopy cover than older suburbs, which suggests that we’re already missing a trick when it comes to urban planning. Surely it’s cheaper to plant trees as Auckland grows, rather than make the space retrospectively. With a little more foresight and long-term planning – something a recent Productivity Commission report shows that we’re struggling to get right in New Zealand – we could steer our cities toward a greener, leafier, more prosperous future.