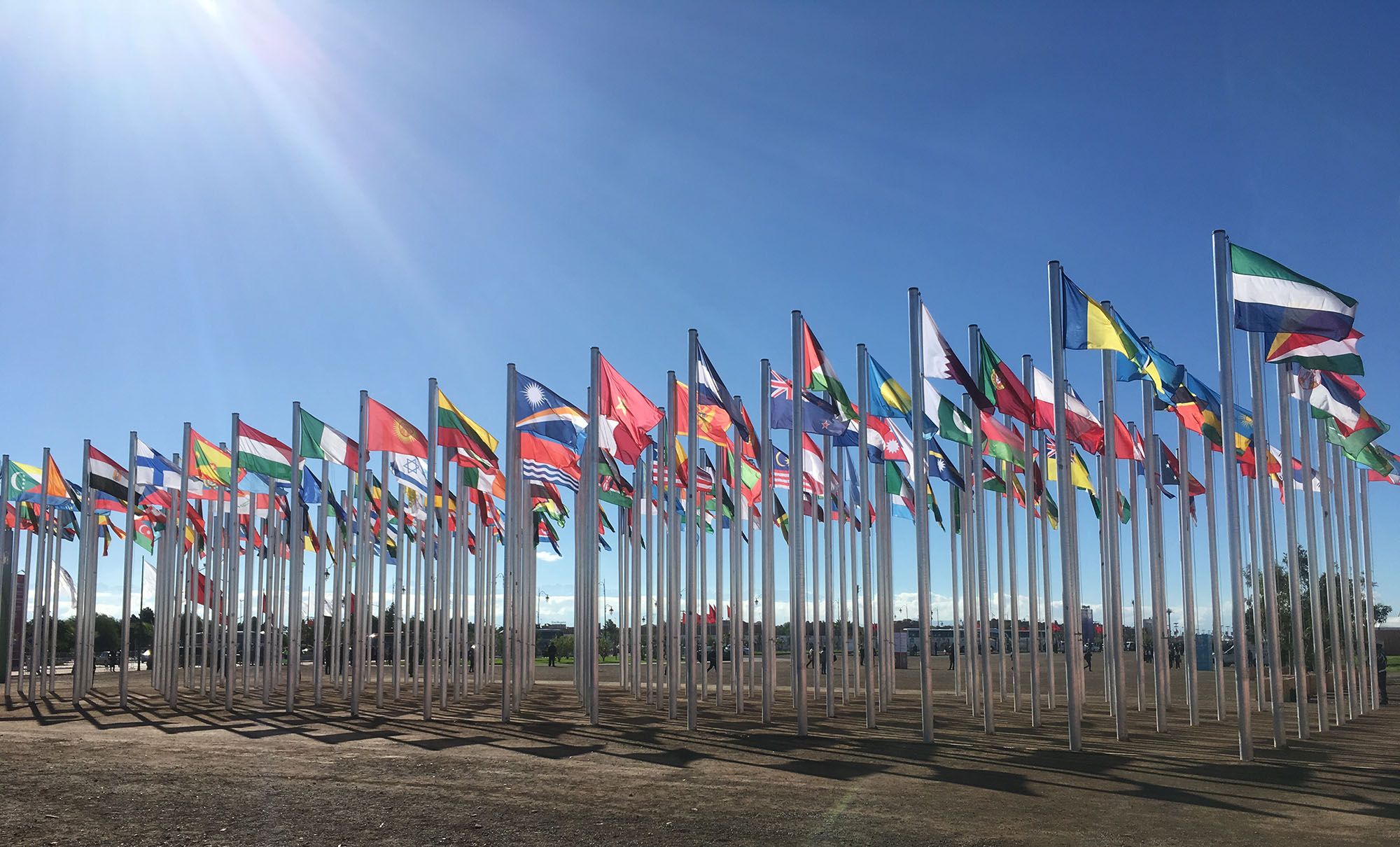 While visiting Tiritiri Matangi in Auckland’s Hauraki Gulf last year, our island guide described Aotearoa’s unique native birds as being “ecologically naive” due to the late arrival of mammalian predators to our shores. This statement resonated with me, as it is not often that our treasured kiwi, or the exceptional kakapo, is cast in a negative light. Quite the opposite in fact – New Zealander’s pride themselves on our special, yet quirky, feathered friends – to the point where we battle for our birds, and go to exceptional lengths to protect them for future generations.

Is this same “ecological naivety” impacting on the way that New Zealand is approaching Climate Change? Due to our relatively small population size, and our geographical location at the edge of the earth, does that mean our little “clean and green” country is exempt? Or are we dragging the chain with our ambition, considering our close Pacific Island neighbours are some of the first to feel the effects?

In November 2016, I was fortunate to attend the UN Climate Change Summit (known as COP 22) held in Marrakesh as a member of the Aotearoa Youth Leadership Institute’s (AYLI) delegation. The experience opened my eyes to the great international efforts from communities, NGOs and governments going on around the world to mitigate and adapt to Climate Change. The sense of urgency and responsibility around in Marrakesh was great. 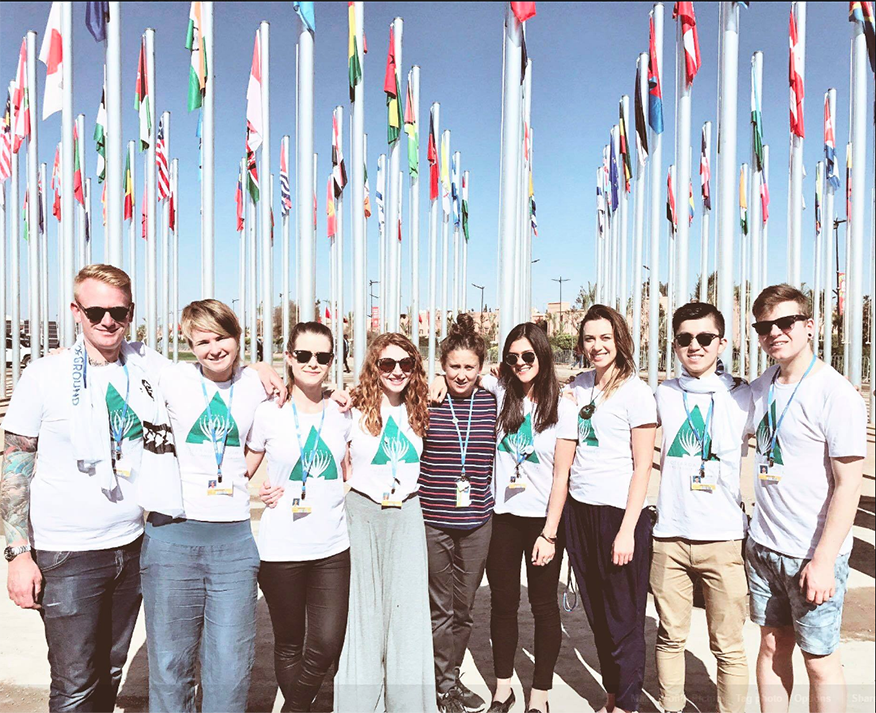 COP22 officially stands for the 22nd Conference of the Parties to the UNFCCC (United Nations Framework Convention on Climate Change). This summit included the 12th Meeting of the Parties to the Kyoto Protocol (CMP12), and the 1st Meeting of the Parties to the Paris Agreement (CMA1). I know what you are thinking – there are a lot of acronyms! And many more join those listed above, which made preparing for the conference a steep learning curve, and a seemingly impossible task to memorise and remember how these, plus the numerous work streams – SBSTA, SBI, APA and Finance – and how these all relate to one another other. It was soon evident that those nations with greater access to resources – human and financial – consistently had the upper hand when it came to the negotiations, as they were able to cover a larger proportion of the work streams and have greater influence over the course of the conference.

The conference itself had two main activity streams occurring at the same time. While negotiations between countries on policy matters concerning Climate Finance, Mitigation, Technology and Adaptation took place, running co-currently were side-events. These side-events could best be described as standard conference sessions with panels and speakers who presented and facilitated discussions on issues surrounding Climate Change.

The New Zealand negotiating team were generous with their time, offering daily briefing sessions for Kiwis at COP22. Although only official negotiators from the countries can participate in the actual negotiations, being an observer to the negotiation process and witnessing how the various agreements, next steps and decisions on the mechanisms of how these agreements will be delivered was fascinating. Different observer constituencies were present – including Youth, Business, Farmers, NGOs, Indigenous Peoples – and although these groups were not participating in the negotiations directly, lobbying was happening all over the place in one form or another. 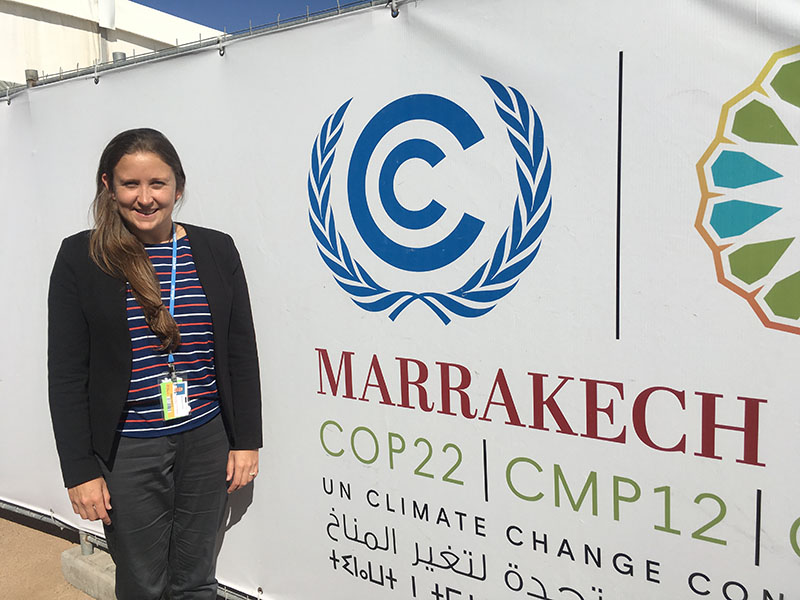 I attached myself to the Indigenous Peoples caucus, and became involved in the process to establish the new Indigenous Peoples and Local Communities Platform by the UNFCCC. Established by Paragraph 135 of the Paris COP Decision (which adopted the Paris Agreement), the Platform’s aim is to capture and exchange lessons learned by indigenous peoples at the front line of climate change, and to share their unique perspectives on reducing emissions, adapting, and building resilience. By being recognised by the Paris decision, the role that local and traditional knowledge plays in practices and efforts to address and respond to climate change has been elevated. The UNFCCC is currently inviting parties and accredited organisations to share their ideas about the purpose, content and structure of the platform – with submissions due by the 31 March 2017. More information regarding this process can be found here.

It was slightly disheartening that New Zealand’s government delegation showed little interest in participating in the discussions surrounding the new platform during the second week of COP22, although it must be acknowledged that the delegation was relatively small in size, and had the important issue of New Zealand’s agricultural interests and emissions to take care of. Australia was present at the discussions, and successfully supported the International Indigenous Peoples’ Forum on Climate Change (IIPFCC) to be included in dialogue going forward in the establishment process. 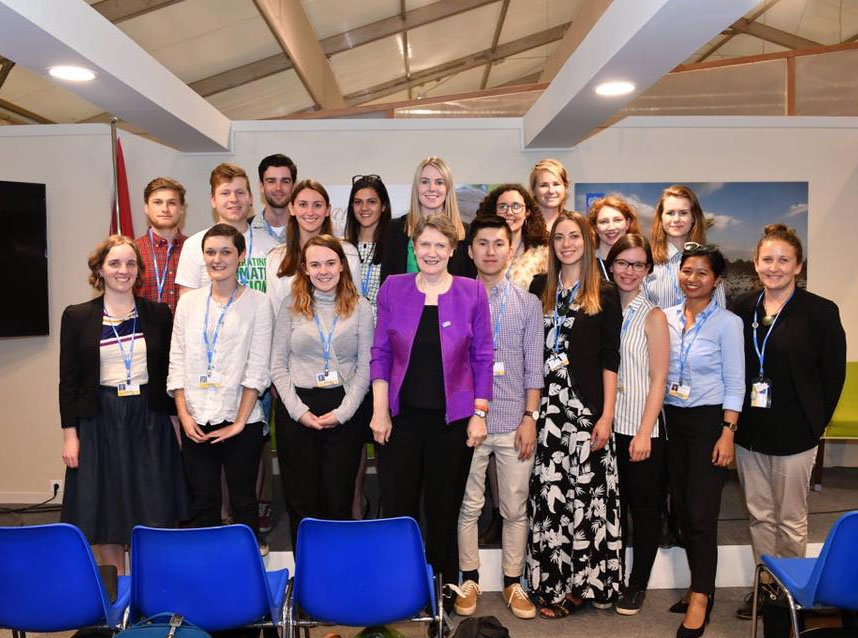 I was fortunate to be present for speeches and press conferences from world leaders such as Ban Ki moon, John Kerry and Helen Clark. This pushed home the importance placed on the issues surrounding Climate Change by keeping them the international stage. A year on from the historically significant Paris Agreement, COP22 was to build on the momentum for change. And then, right smack bang in the middle of the conference, came the US elections and now the world’s most infamous climate change denier – Donald J. Trump.

It’s fair to say that the result of the US elections put a dampener on proceedings in Marrakesh.  Most Americans I spoke with in the days before the result was known, adamant the States were about to see its first female President, were now sobered with the thought of the incoming leadership not honouring the commitment to the Paris Agreement. And although just one country of the 197 present at COP22, the influence of Obama’s US had been integral in keeping the negotiations momentum pressing forward through Paris. The arrival of the US Secretary of State to COP22 coincided with a shift in those present – from feelings of despair to feelings of defiance.

Post-election saw a unification of the civil society groups present at COP22, including youth delegations from all over the globe, the Climate Action Network (CAN) and the IIPFCC, to form actions to declare ‘We’re still in!” Kerry went on to state at his press conference that “No one should doubt the overwhelming majority of Americans who know climate change is occurring and are committed to addressing it.” He acknowledged that “The world is unified” and moved quickly to bring the Paris Agreement into force. He also emphasized that “time is not on our side… we have experienced our 16 hottest years in history… even the strongest sceptic has to acknowledge that something is happening.” 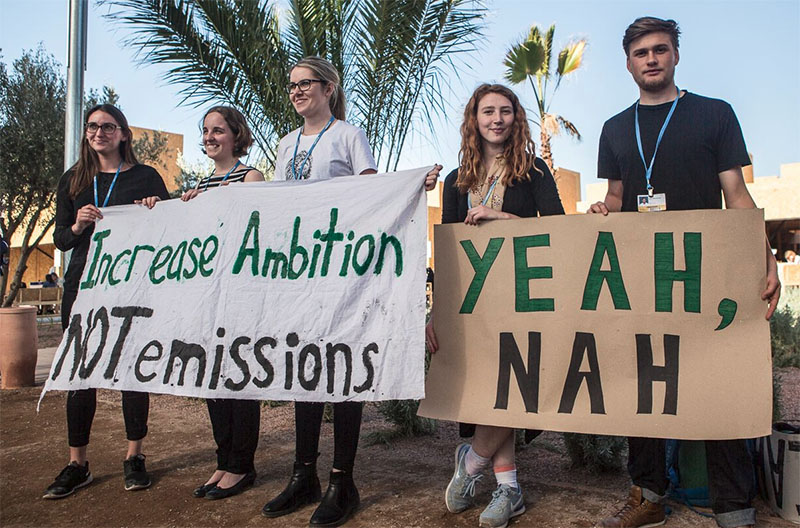 My experience at COP22 opened my eyes to the enormity of the issues surrounding climate change, and the complex environment that the UNFCCC, civil society and other global actors operate in. I also came home with a greater understanding of where New Zealand sits internationally, and more importantly – how New Zealand is seen by the global community. The sense of urgency was enforced through meeting those whose communities are on the front line of climate change. From delegates representing the Sami Council from Norway and Sweden who are witnessing ice melt and rising temperatures in the Arctic, to our Pacific neighbours, including delegates from the Marshall Islands whose home is only two meters above sea level at its highest point – hearing these stories successfully brought home the urgency for action. Bill English’s recent statement describing the New Zealand government’s climate change mitigation strategy as “moderate” earlier this year does not exactly echo the same sense of urgency. This, together with questions surrounding the state of New Zealand’s environment – most recently our country’s fresh water – are we hiding out down here and shying away from the opportunity to be considered a world leader on this issue?