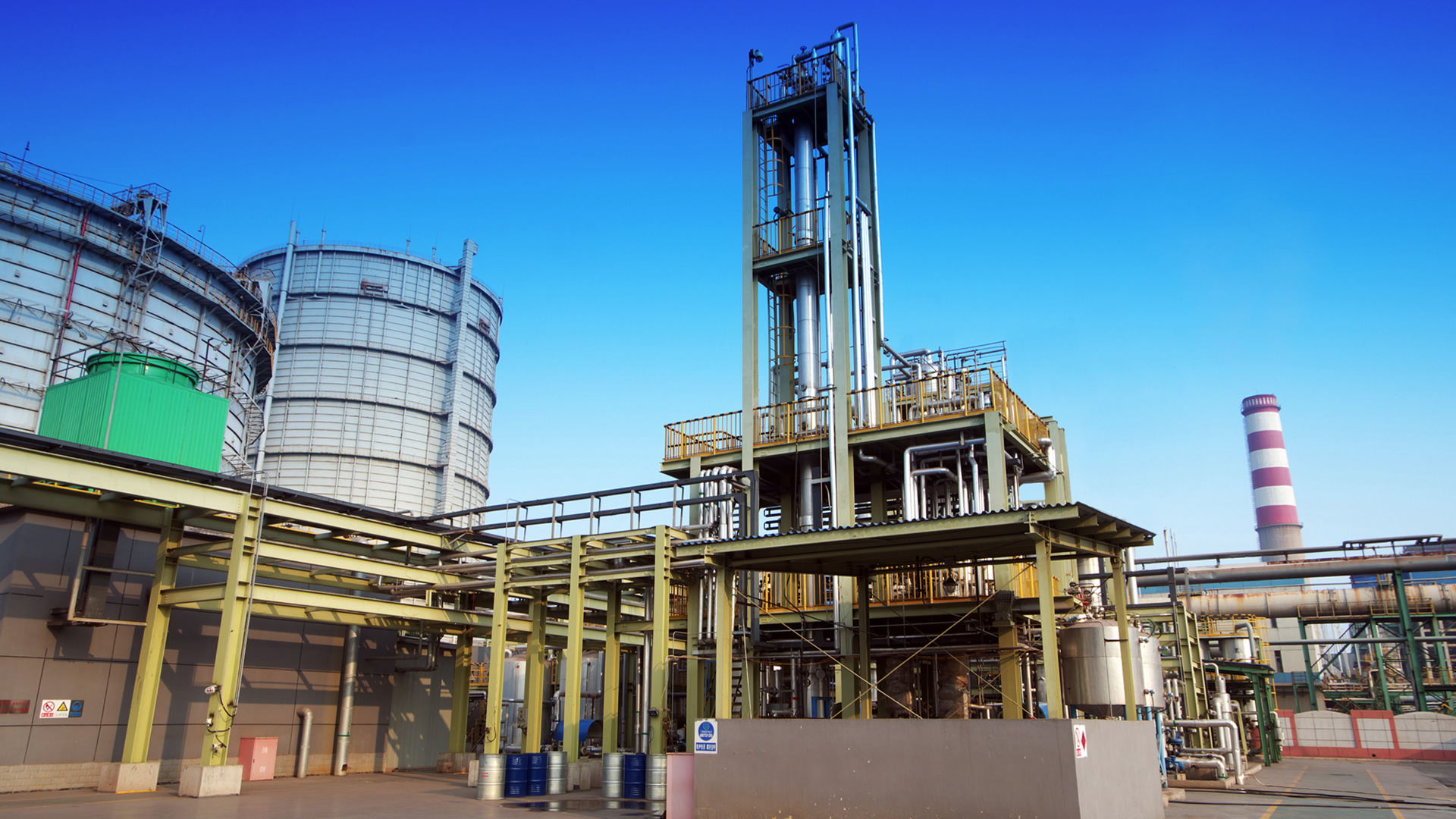 LanzaTech was founded in New Zealand in 2005 as a response to find a solution to meet our growing demand for more energy. This led to the development and scale up of a biotechnology-based process for low-cost, low-carbon fuel production with no impact on availability of food or land.

LanzaTech’s gas fermentation process allows abundant non-food resources to be used for production of low-carbon chemicals and fuels that displace petroleum without the commodity price volatility or environmental and social concerns associated with sugars or other food-related feedstocks. LanzaTech’s proprietary microbes recycle a wide variety of carbon rich wastes and residues, producing transport fuels such as ethanol or jet fuel and commodity chemicals such as butadiene used in nylon production or propylene used in plastics manufacture. Because LanzaTech’s microbes consume gases, the process is highly feedstock flexible, allowing access to gases as varied as industrial flue gas, or gases produced through the gasification of biomass wastes and societal or industrial residues, such as, Municipal Solid Waste (MSW).

Through adoption of carbon recycling, industries can address the triple bottom line, addressing not only economic, but social and environmental targets-reducing emissions and air pollutants; providing regional employment, industrial growth and healthy financial returns. In the steel industry, adoption of LanzaTech’s gas fermentation process over using waste gases for electricity generation, not only provides more than double the investment return but reduces the steel mills carbon footprint and reduces local pollutants such as NOx and particulate emissions by over 85%.

In addition, LanzaTech has developed a platform for the production of omega-3 fatty acids from CO2 rich waste gas streams, enhancing the sustainability of animal feed, aquaculture and serving the nutritional supplement markets-all multibillion dollar industries globally. The opportunity to use carbon in this way is increasingly disruptive and turns the food vs fuel debate on its head, as recycling carbon through this platform produces both!

LanzaTech has received broad recognition from the metals, petrochemical, chemicals, financial and aviation industry; industry leaders and sustainability groups, which has served to raise the profile of alternative sustainable technology solutions to our current energy challenges; including the Guardian Newspaper’s Sustainable Business Award for Innovation in Carbon and Energy management; the Platts Global Metals Award for Sustainable Innovation; the World Petroleum Congress Innovation Award, the Observer Ethical Partnership Award for LanzaTech’s partnership with Virgin Atlantic and LanzaTech was named a World Economic Forum Technology Pioneer for 2013. FORBES Magazine also ranked LanzaTech #48 in its annual list of the top 100 Most Promising privately held companies. LanzaTech was the only clean energy and Bioscience Company to place in the top 50. 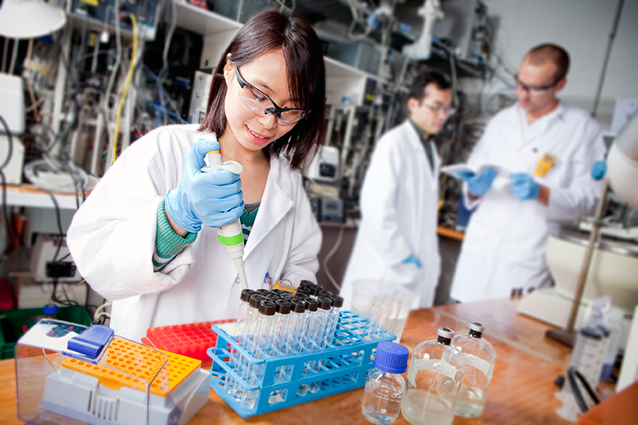 In 2014 LanzaTech was named “hottest company in Bioenergy” by Biofuels Digest and in 2015 World Biofuels Markets awarded LanzaTech the Feedstock of the Year Award.

From an initial team of 4 at the start of 2007, LanzaTech now employs over 100 people worldwide, with offices in Shanghai and India and a new headquarters and laboratory in Chicago, USA.

During 2005 and 2006, the company raised funding through New Zealand-based Angel investors and secured grants, enabling the company to establish itself as a technology leader in fermentation of waste gases. Thereafter the company attracted Series A investment from an investor consortium led by Khosla Ventures. LanzaTech was the first non-US company to receive funding from this leading CleanTech investor. In 2014 LanzaTech closed a $112M Series D investment led by Mitsui & Co.

From an early stage, the company has sought and secured partnerships with commercial entities. This allowed the company to continuously ensure the commercial relevance of its approach and process design. In 2008, LanzaTech worked with the BlueScope steel facility in New Zealand and built a pilot plant demonstrating the operation of its technology at scale, with real world gas resources. In 2012 LanzaTech’s first 100,000gallon/annum facility with partner Baosteel in Shanghai demonstrated the technology’s capability at scale. A second facility with Shougang Steel near Beijing is operational today. 2015 will see full commercial operation in China with Baosteel. LanzaTech has operated 4 demonstration facilities globally using steel mill off gases for fuel and chemical production. Sites include New Zealand, China and Taiwan. LanzaTech’s 100,000 gallon per annum demonstration plants in China with Baosteel and with Shougang both exceeded their technology demonstration targets. An additional plant MSW-derived syngas is currently in operation in Asia and a facility using biomass syngas is in development in Georgia, USA.

Globally, around 150 M tonnes of CO2 (around 6% of global CO2 emissions) could be avoided by re-using steel mill gases alone. LanzaTech estimates that its process can apply to 65% of the world’s steel mills, offering the potential to make 30B gallons of ethanol or 19% of the world’s current jet fuel demand. LanzaTech has attracted the attentions and support of a number of Global Fortune 500 Companies from a variety of sectors across the supply chain, including China’s largest steel producer, Baosteel, the world’s leading Nylon producer, INVISTA and the National Oil Companies of India and Malaysia, IndianOil and Petronas. LanzaTech is also working with Virgin Atlantic and has a test flight planned for the latter half of 2015 using jet fuel derived from steel mill waste gases. 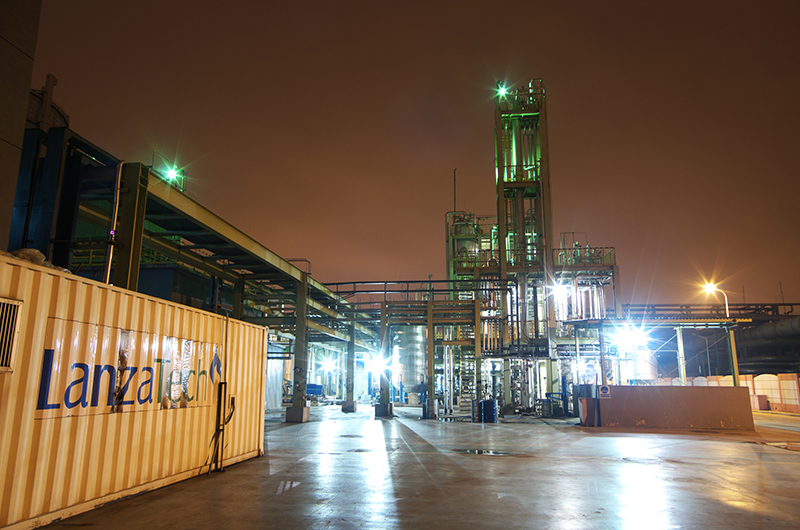 LanzaTech has been a positive influence on NZ biotech, by bringing its technology out of the lab and into real world industrial applications on a global scale. LanzaTech has also adapted its technology to changing markets and has in turn attracted significant global interest in a variety of market segments. From the initial goal to produce ethanol from its process, LanzaTech is now leading the way in green chemical production and in turn, drop-in fuels, with a focus on jet fuel development.