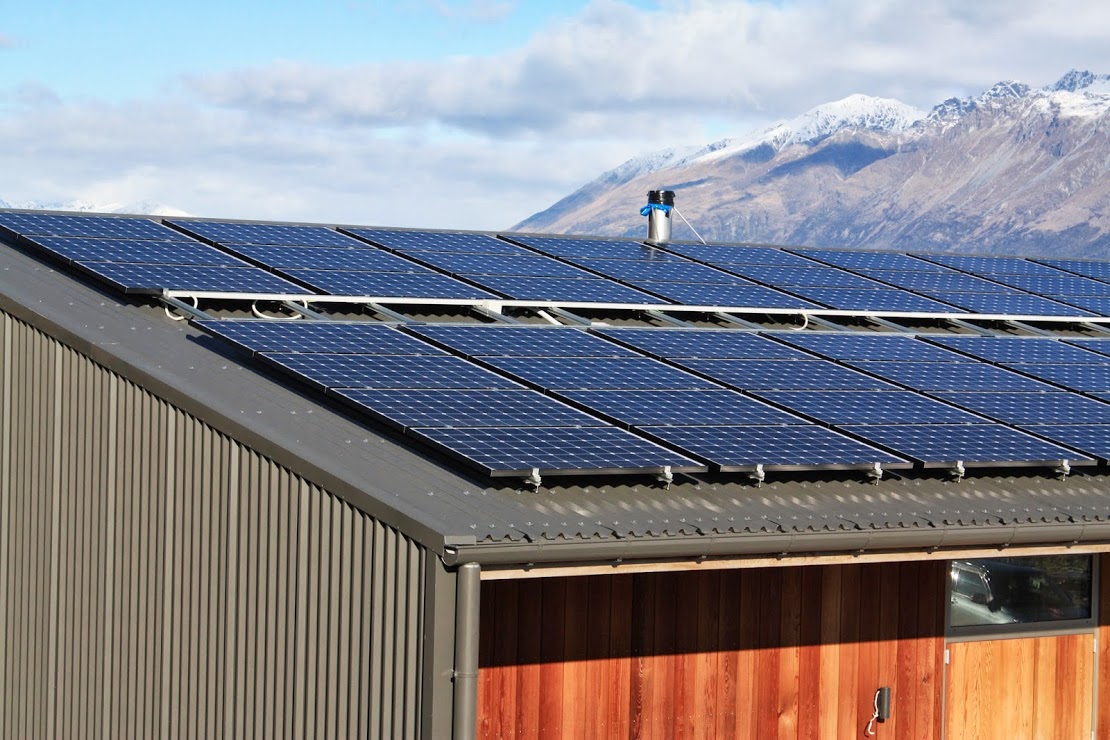 The cornerstone of our nation’s economy is based on exporting what we grow, design and build internationally. Seven out of every ten dollars we earn from that trade is linked to our clean green, Pure Advantage.

Business spends $8.3 billion every year on energy – 70% of all the energy our nation uses. Every business relies on it, but it’s one of the few products which historically we’ve had no control over the source or cost. For decades we’ve turned on our lights, operated equipment, paid utility bills and accepted that as reality.

McKinsey, the multinational consultancy firm – says the cost of a “typical” commercial solar system has now reached the economic tipping point in many nations without the need for subsidies.

Internationally companies like BMW, APPLE and Walmart have led the way. Walmart, the planets largest retailer, aims to power its stores with 100% renewable energy to improve business certainty and security.

“We know from experience that investing in energy innovation allows us to save money, reduce carbon pollution and create jobs. “ says Bill Simon, president and CEO of Walmart recently “Every day, millions of communities depend on us to watch every penny so that we can provide the best prices on the products they love. Our customers can feel good that we’re watching out for both their wallets and their children’s future.”

Now that solar technology makes financial sense , the last remaining barrier for companies is the upfront capital cost. Working alongside Ernst and Young and Westpac, solarcity New Zealand have now cracked that financial code with solarZeroCommercial which allows companies interested in going solar to install solar and lock in a fixed price for power across 20 years. Payments can be structured as a lease or as a power purchase agreement so that companies pay for the power generated by the system in the same way that they would pay a utility for their services – but with more certainty over price which allows better control over forward operating costs.

Alongside the certainty this approach delivers, additional benefits include immeasurable brand reputation. Customers both at home and overseas are placing a greater importance on environmental responsibility. In fact, a recent Nielsen report; “The Global, Socially-Conscious Consumer,” confirms that the majority of consumers today express a general preference for companies making a positive difference in the world. Companies can’t afford to lose customers to competitors over something as simple as integrating solar power into their energy portfolio – especially when it makes economic sense.

Our lightly regulated energy companies currently have licences to print money by essentially staying the course with a group of assets – some of which are often toxic to our nations brand and environment. Solar now allows kiwi companies to put a natural cap on the rising price of power.

Solar is not just for the the “ big boys” but also for many small and medium sized businesses. There is plenty of rooftop space and the cost of generating electricity via solar panels through solarZero is now on par. Solar is now financially realistic for many business, and allows them to lock in certainty around the future costs of their day time power needs.

Most of our businesses could shave at least 20% or more off their energy costs with smarter energy use.

We are the generation that must respond to climate change. Solar is emerging as a viable energy source that has the potential to significantly impact our nation and corporate environmental footprint, bottom line and reputation. With the myriad challenges companies face today, solar energy is quickly transitioning to become a core element of energy management that can be elegantly embedded onto our roofs and integrated into the built environment on a sound economic basis, creating a unique alignment of climate, brand and commercial advantage.