Back the truck up.

It could well be the time for New Zealand to rethink our 150-year trajectory of milk growth.

The dairy industry began its journey late in the 19th century when European settlers imported dairy cattle to provide milk, butter and cheese for local supply.

As early as 1846, only six years after the signing of the Treaty of Waitangi, exports began. In 1882 New Zealand used a refrigerated shipment on the ship “Dunedin” – a worldwide first – for the export of meat and butter from Port Chalmers, Dunedin to London.

In March this year, 150 years on, a Vivid Economics report Net Zero New Zealand (commissioned by Globe-NZ with input from New Zealand experts and support by Pure Advantage) gave a strong message suggesting it is time to back the milk truck up.

Vivid Economics are not the only ones to say this: The OECD 10 yearly report card (also delivered in March) noted the nitrogen balance (the difference between N in and N out) increased more than any other OECD country between 2000 and 2010.

Ironically my great grandfather John Barnett, was a key figure in New Zealand over 100 years ago, helping build the milk tsunami New Zealand is now known for. He was Chair of the Canterbury Central Dairy Co operative for 23 years when they developed the Fern leaf Brand, and was part of the unbridled growth in Selwyn District, where Lake Ellesmere swamps were drained, converted to arable farmland, and subsequently dairy farms.

Production steadily increased over a century, based on the notion that ‘more is better’.

While the government pushes for further growth, our land and water has become scarred by more and more cows.  In New Zealand, there was massive intensification of dairy at the expense of other sectors (beef and sheep).

The intensification was fuelled by more irrigated pasture: from 480,000 irrigated hectares in 1999 to 720,000 ha in 2012 (half being dairy or support), conversion of marginal land, and importation of palm kernel extract to support a doubling in dairy cow numbers in just 25 years. This growth was fuelled by increased inputs and unrestrained resource use rather than efficiency gains.

Permissive lending and resource allocation regimes have assisted the speed of growth.  Water use for irrigation (78% of total water use in New Zealand excl Hydro) 76% of this water for irrigation, has been used for growing pasture – mostly for dairy.

Permissive water allocation regimes over just a generation have assumed limitless resources, and in the catchment where my Great-Grandfather settled over 100 years ago (Selwyn) the limits have been overshot for both nutrient emissions and water use, with the most excessive growth occurring just recently. Between 2001 and 2015, the cow numbers in Selwyn Catchment ballooned from 90,000 cows and young stock numbers increasing up to 190,000. In less than 15 years, the numbers of cows in the Selwyn Catchment increased by over 200%.

To produce 20,000 litres of milk from a hectare of irrigated Selwyn land, more than 5,000,000 litres of freshwater from aquifers and rivers is used per year. Water in New Zealand has no price, and lacking robust accounting systems, regional councils have over-allocated water, assisting the rampant conversion of marginal land to milking platforms. 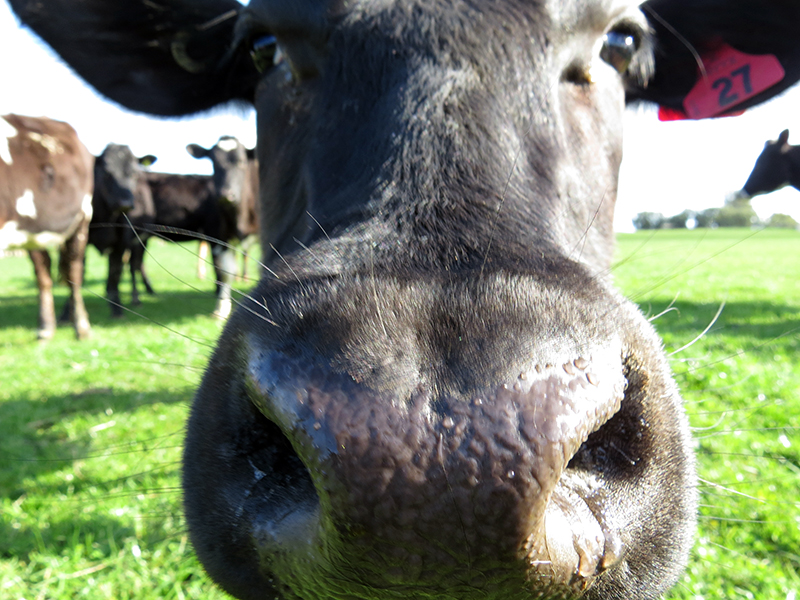 Central government has had an aspirational aim (outlined in the Business Growth Agenda) to double export value by 2025 through more cows, increased inputs, increased outputs, the intensification of production on Māori owned land and an irrigation acceleration fund driving for 450,000 additional irrigated hectares (from 2012).

Over the past ten years, agricultural productivity has demonstrated little net efficiency gain (noted by the Reserve Bank of New Zealand in 2014).

In 2014 Dann Steenkamp a senior analyst for the Reserve bank wrote “In the dairy sector in particular, production processes appear to have become much more input-intensive (greater use of supplementary feed and irrigation) so that higher gross output (gross dairy output rose 35-40 per cent in the decade from the 2002/03 season) does not translate to similar growth in real value-added in that sector.”

And if we cast back 100 years, the true cost is just being realised.

In April 2017, Dr Andy Reisenger (deputy director of the New Zealand Agricultural Greenhouse Gas Research Centre) noted that “From 1860 to 2017 there has been a massive increase in temperature, with 2016 so far the highest point.

“But the impact of agriculture today on greenhouse gases is surprisingly large. “Livestock today, could be as much as 19 per cent of direct emissions.”

Reisinger​ said gases from agriculture were not interchangeable and while the numbers were contentious, livestock made a substantial impact on climate change. “I just want to emphasise how much it is not known. In 100 years, it looks as though agricultural emissions  will be 22 per cent of warming. If no steps are taken to mitigate the world’s temperature it would rise 4.5 degrees C. And if we do change and mitigate the effects, then the increase will be 1.5 degrees.”

Without more efficient production, greenhouse mitigation on New Zealand farms is years away.

Permissive water allocation powered our milk growth, while nutrient emissions (air and water) is the “exhaust” we now face.

If we are being honest, we can’t say we have a good track record of improved efficiency.

Cows have made sheep country home and drove sheep numbers back to pre-1944 levels. More than two decades ago, New Zealand had been known for having 22 sheep per person, but by 2015 that number was back to six sheep for every kiwi.

New Zealand has an addiction to GDP growth, while failing to count the cost of polluting (water and air) emissions. GDP as a metric fails to account for the pollution, the cost of clean-up and the loss of environmental integrity.

Solutions? Three scenarios were part of the Vivid Economics Net Zero in New Zealand report, commissioned by a cross party group to stimulate discussion and action on climate change.

The first scenario to reduce emissions Off Track New Zealand, models a 10-25% reduction in emissions on current levels by 2050.

This assumes a largely “business as usual” approach with the same number of cows, and the implementation of “as yet” undiscovered or unproven science techno fixes like methane inhibitors, vaccines, novel feeds, nitrogen inhibitors (DCD), and animal breeding solutions. Not one of these is applicable yet in the New Zealand pastoral farming context. Furthermore, we must overlay the slow lag phase of farmer uptake and implementation.

The second scenario Innovative New Zealand assumes even more optimistic technological developments and a 20% drop in the national cow herd. With only 20% fewer dairy cows, producing 25% more milk per cow, and sheep numbers dropping further still (down 33%, and beef to 30%). This scenario optimistically projects that the reduction in emissions may be to the tune of 70-80% compared with current levels.

This scenario optimistically projects that the reduction in emissions may be to the tune of 70-80% compared with current levels.

This report is hopeful and laudable in my view, but does not go far enough to back up the milk truck. It assumes a lot of science yet to be done, innovation and uptake by New Zealand farmers in a relatively short time given that many of the applied solutions are not yet available.

My personal view is that we may need a more radical retrofit of dairy in New Zealand, and more than a 20% reduction from current dairy cow numbers if we want to save ourselves from ourselves.

The third scenario Resourceful New Zealand assumes a near “business as usual approach” with dairy cow numbers reducing by only 10% (18% drop in beef and 25% drop in sheep numbers) optimistic technological applications, and significant land use change to forestry resulting in a predicted  emissions drop of 65-75%  by 2050. Again the model is commendable, but still relies heavily on a lot of – as yet, undiscovered technologies.

It may be, that to be realistic, we need to consider 30+ percentage reduction in dairy cows and a reality check on our magic bullet belief systems in order to get on the right route to the lower emission land uses.

This is the applied research we desperately need now.

We need to move towards land use and farm systems that replenish natural ecosystems rather than continue to diminish them.

While the Vivid report is strong, and the messages from economists, scientists and experts are clear, I am of the opinion that New Zealand needs a gutsier approach to cutting cow numbers, rethinking how to retrofit farming systems and stop hanging out for the magic bullet to be designed.

The “New Zealand Milk Truck “ needs to back up, rethink, retrofit, and quite possibly do a long reverse.

Rapid times should not mean rapid thinking. Only from a clear space, where all possibilities can be considered, will clear thinking create new and exciting shifts toward an environmentally sustainable economy beyond crisis.