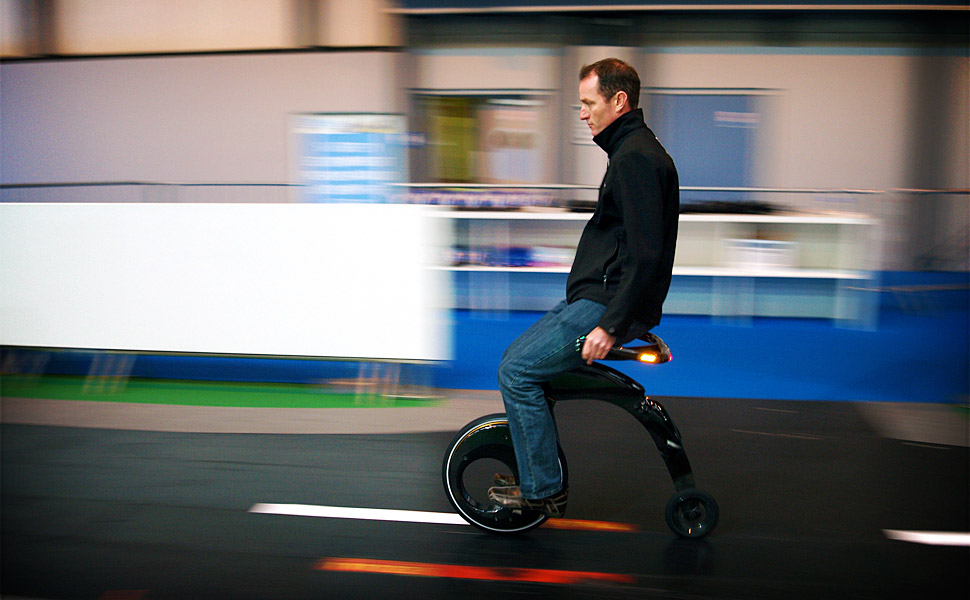 The YikeBike is the world’s smallest lightest electric folding bike.

It has been named by Time Magazine as one of the top inventions of 2009, has won the Supreme Award for Product Design and Gold Award for Consumer Product at the 2010 Best Design Awards. YikeBike also won first place in the International Design Awards “Urban Sustainable Design” category and has been included in the Guinness Book of World records as the most compact electric bike in the world. It has also won a 2011 iF product design award.

The judges of the 2010 Best Design Awards, led by Professor Tony Parker, Head of Massey University’s Institute of Design for Industry and the Environment, said, “This radical piece of design has attracted a great deal of global attention, and no wonder. It takes typical urban commuting solutions, and turns them inside out. This contemporary penny-farthing is a game-changing idea and one where every component and detail has been designed from a single-minded perspective.”

The New Zealand made YikeBikes have now been shipped to over 25 countries around the world. Business commentator Rod Oram is one of the first customers to receive his YikeBike, “It’s a wonderful sense of freedom and it is very maneuverable and looks, may I say, gorgeous,” Mr Oram says. “The ultra-light electric bike is not only genius for speeding between meetings, but folds up into a shoulder bag in just under 20 seconds. Mr Oram says it is perfect for urban mobility. “It’s a brilliant conception of what a bike should be like,” he says. “It’s amazingly light and foldable and therefore, very easy to transport.”

The aim of YikeBike is to design a product that could become the most commonly owned transport device in the world. The market for e-bikes worldwide is over 25 million units and is growing dramatically as battery technology becomes better and cities become more crowded. Most people in these cities live in small apartments, use public transport, and work in offices and factories so a super compact mobility device will work very well for them.

The first version of the YikeBike is a very highly specified version made from carbon fibre with a high price tag of around $5000 per bike. YikeBike have exported about 1 million dollars’ worth in the first few months of production with lots of potential to grow this substantially.There is now an Aluminium version of the YikeBike available for half the price. At $2500 this is competitively priced with conventional e-bike in Europe while still being dramatically smaller and lighter (14 kg).YikeBike has developed unique patent protected technology and IP which could lead the coming global revolution in clean green mobility and help drive substantial growth and jobs in the New Zealand economy.

For more information go to yikebike.com