Uniting Farmers and Environmentalists through the Water Cycle

Why does the rural sector struggle to convince the public agriculture enhances environment? In a world where the voting public has lost touch with realities of food production how can farming improve its image?

Agriculture has huge potential to connect with the public, especially grazing livestock. As evidenced by the 2009 Manchester Report into climate change solutions, there is no current or envisioned technology that can simultaneously sequester carbon, restore biodiversity, and feed people. But livestock can….

In fact of 20 ideas presented, grazing livestock offered the only solution to deal with historical accumulation of atmospheric carbon by storing it in grasslands. In a poll it was beaten into second place by an idea involving nuclear power. Which option has lower risk and cost to civilisation?

What is truly disappointing is the grazing idea was pitched by Australians. What could be more humiliating to our pastoral industry; the Aussies have better ideas than we do.

At least 30 civilisations have come and gone over the last 10,000 years and their destruction was due to farming methods eroding natural resources. Today we call these farming methods organic, yet organics didn’t save them. Now we have complicated pharmaceuticals and technologies but these are not addressing root causes of poor resource management either as shown by declining biodiversity, increasing desertification, and changing climate. We’re just going bigger, harder, faster.

Across agriculture basic understanding of how farm land works and how to influence it remains skin deep as evidenced by environmental problems. Smart ecology is the backbone of farming and its laws and principles affect both farming and conservation the same way. In New Zealand something is desperately missing connecting benefits of environment to farming and vice versa.

People get the term fragile regarding environments but the term brittleness means little to both farmers and environmentalists. Brittleness as defined by Zimbabwean wildlife ecologist Allan Savory  offers far reaching opportunities for land management.

Brittleness relates to annual distribution of moisture on soil surfaces. A rainforest is non-brittle; it’s soil surfaces are moist every second of every day resulting in biological decay rates that can be astounding. A true desert is brittle; moisture is completely absent for significant periods of time meaning decay is a slow chemical and physical weathering process taking 100s of years in some cases. On a sliding scale of 1-10 (1 is non-brittle, 10 is brittle) all land must fall within these limits.

Brittleness determines how an area responds to human management. For example consider the most abused environmental tool humans use; grazing. In places like non-brittle United Kingdom some pastures have been overgrazed for more than 300 years. Yet they still grow plenty of grass and any bare soil quickly disappears by a covering of growing pasture plants. The same occurs here in many parts of coastal Southland and Otago, or West Coast.

However, does overgrazing in a brittle environment like drier South Island high country create similar results? No. Instead soil becomes bare and seals over ensuring rain runs off. This reduces any future capacity to lengthen growing seasons for either exotic or native vegetation. It also increases severity and frequency of floods and droughts.
Wow, same environmental tool but different outcomes which are not recognised by science. How do we know this? Neither environmentalists nor farmers know what causes overgrazing as there is not a single definition in our farming and conservation textbooks.

This missing knowledge of brittleness and how it affects land responses to management blinds farmers and environmentalists to new insights and ideas to create effective land function. Instead both invest in expensive technologies which address symptoms of overgrazing but seldom root causes often resulting in higher production and compliance costs for farmers.

Rainfall, or lack of it, is often blamed for lower production on farms but it’s not volume which limits water cycles. The cycle of water starts with rainfall. Moisture falls on land and either runs off or soaks into soil. Sooner or later it ends up in waterways or underground aquifers and eventually out to sea where it evaporates and the cycle starts again.

The limiting factor is always soil surfaces. Farmers will drive across these all day but few examine them and less understand classic signs forewarning lower production; litter banks, pedestals, silt pans, capped soil, and so on.

Soil surface porosity determines how much rain enters soil no matter what brittleness. Ideally, farmers and communities want moisture to be absorbed rapidly and released slowly. If rain runs over land rather than into it, the water cycle is incomplete. Subsoil can only be replenished if moisture is allowed to filter through soil layers.

So how does water move through soil – up, down, across? Water moves from wet to dry, therefore soil dryness determines moisture movement in any direction. If soil surfaces are dry water moves up the soil profile, if wet it moves down. Evaporation is the greatest source of moisture loss but how much advice do farmers see preventing surfaces from drying out thereby reducing evaporation. Covering bare soil with growing plants or dead plant litter prevents this. Ideally the only moisture vapour leaving soil is through plant transpiration which indicates growing plants.

Bare soil is the first sign of a poor water cycle and represents lost opportunities for farmers and communities. Bare soil is commonly seen in gateways, on tracks, and stock trails but how many farmers notice bare soil between growing pasture plants? (Photo 1) Bare soil encourages erosion where soil particles are displaced and move into waterways. 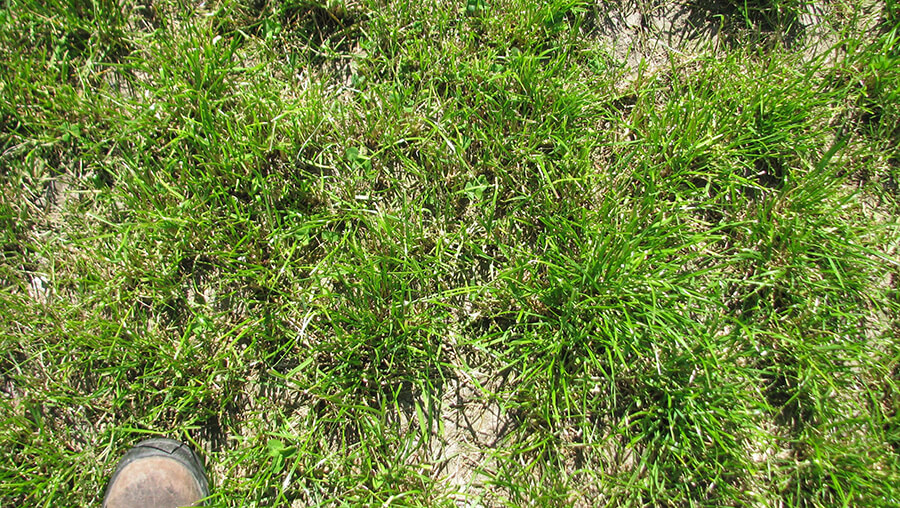 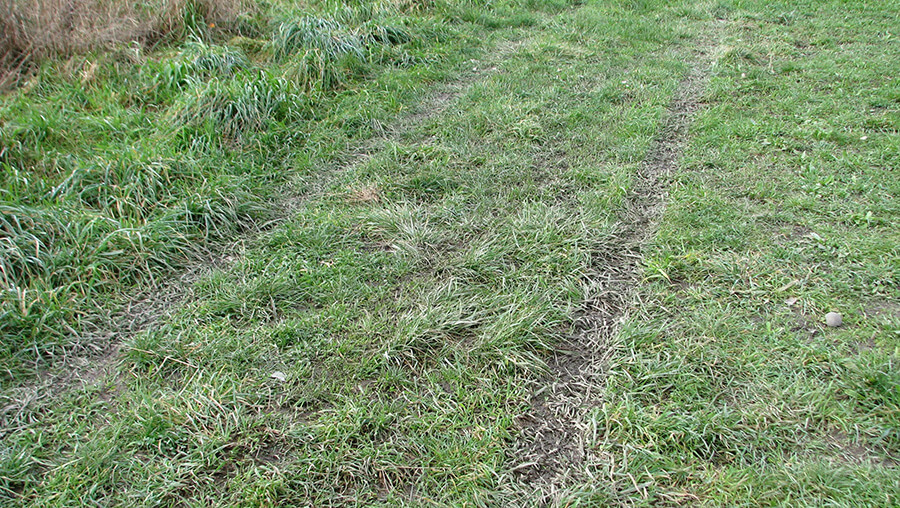 Photo 2: Tyre marks demonstrate soil erosion meaning soil is top of grass rather than under it. Soil erosion indicates no litter to prevent soil and nutrient/fertiliser movement.

Is Photo 2 erosion? Most farmers would say it’s just dirt on grass but this soil is the most fertile earth on farm. Short grass and bare soil encourages nutrient loss through runoff and cannibalises biological capital ensuring increasing input costs. Long term soil erosion and loss of fertility lead to one thing, community anger regarding water quality.

When Australian farmers change grazing practices their dams no longer fill up from surface runoff. Instead, dams start filling 3-4 days after rain as water seeps in leaving cleaner drinking water for livestock. Soil is cheapest form of water storage. Why spend money on dams when every single kilo of soil carbon will soak up an additional 4 litres of water. Unlike a dam, it doesn’t require hiring a digger, securing a bank loan, filing a resource consent, and it’s scalable.

The wider community needs to be aware of soil surfaces too. If more moisture is absorbed and retained because farmers are changing practices, what might that do to frequency and severity of floods and droughts? What might this mean for local economies? Imagine what other issues councils could address if they weren’t spending more on larger flood protection schemes? Any awareness is compromised by the fact most voters live in urban areas where their relationship to water cycles comes from watching rainfall disappear down storm water drains and water squirt from a tap. 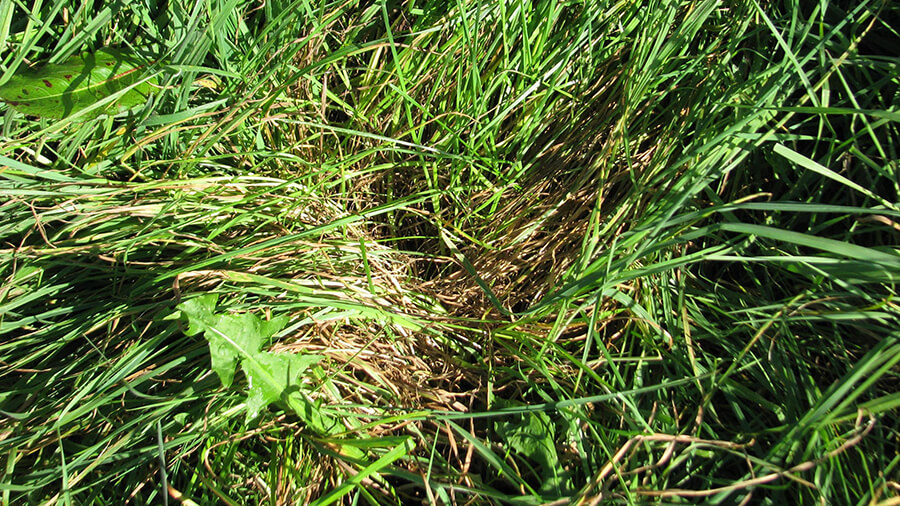 Successful grazing involves luck, art, and science; some would argue in that order. Yet until farming professionals and environmentalists recognise and focus on common ground the voting public is unlikely to be inspired by what they see from roadsides. The result will see farmers continue to experience greater regulation with more land being removed from production.

John King specialises in regenerative agriculture. He lives in Christchurch and can be contacted 027 6737 885 or john@succession.co.nz.