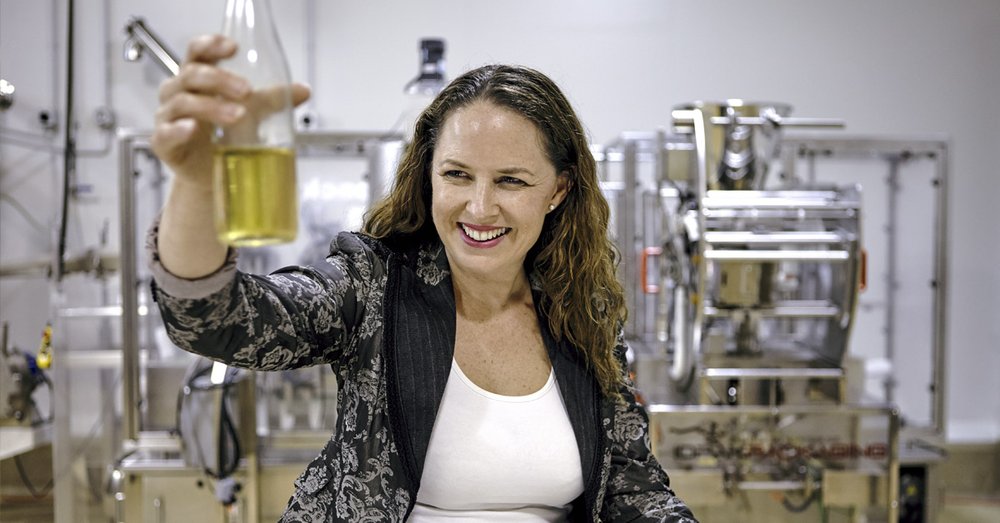 The last in a series of Kiwibank and Pure Advantage profiles of New Zealand environmental champions looks at Bioresource Processing Alliance’s quest to create export-quality goods from waste products. Pure Advantage has named ‘waste to value’ as one of its seven key areas of opportunity for New Zealand.

As a keen tramper, Anna Yallop tries to knock off one of New Zealand’s Great Walks every year. For Anna, tramping isn’t just about reconnecting with the wilderness – it’s also a reminder of the importance of her day job.

Anna is general manager of Bioresource Processing Alliance (BPA), a government-funded initiative that enables some of the country’s brightest minds to take a second look at the things businesses throw away.

The biological waste products created by industries such as fishing, farming and forestry have traditionally been seen as nothing more than discards to be disposed of – often at a huge cost.

But BPA matches businesspeople up with scientists to investigate whether the waste can be turned into new eco-friendly products to generate wealth and jobs.

“Bringing science and industry together is my passion,” says Anna.

“But even though I love my work, I also love being away from technology. I always come back refreshed from going on a tramp, and being in the outdoors makes me even more aware of the need to protect all the good stuff we’re lucky enough to have here in New Zealand.”

BPA’s mission is an example of ‘waste to value’, one of seven key areas identified by Pure Advantage as having the potential to grow New Zealand’s economy without damaging our natural environment.

Set up by business leaders to challenge Kiwi businesspeople to use natural resources in a sustainable way, Pure Advantage says changing our thinking about waste can make companies more efficient as well as creating new business opportunities.

Turning natural resource discards into value can slash the amount of waste going into landfills, reduce the carbon emissions that contribute to climate change, and limit the amount of toxic substances that end up in the environment.

Set up four years ago, BPA has the ambitious goal of generating $100 million in export venue by 2020 by working with industry to get better value out of biological waste.

From fish to fruit

Anna says companies might collaborate with researchers to investigate anything from turning fish skin and bones into Omega-3 fish oil supplements to creating cosmetics from low-value fruit and vegetables.

“I think we’ve reached an [opportunity] tipping point. Many companies are asking themselves, ‘Have we been too fussy – is there a way we can use this rather than throwing it out?’” says Anna.

“But the bottom line is that anything new they develop has to be economical as well as sustainable.”

Businesses can fund the work themselves or work with the researchers to put together a funding application for a share of the $2.5 million BPA has been allocated to invest in research and development each year until 2018.

Some of the research is carried out by Master’s and PhD students. So far, waste products students have investigated include sheep’s milk, grapes and meat.

Two products developed by students have even been the springboard for start-up businesses.

BPA also runs the virtual pilot plant network: a free website anyone in New Zealand can use to find out which research organisation has the equipment they need to investigate whether their waste has the potential to be turned into an export product.

Anna says there are countless new uses for what we would once have considered waste.

“The work we do can involves anything from turning unwanted kiwifruit into ‘functional foods’ – foods with added health benefits – to developing new brands of pet food,” she says.

“It’s all about looking at what businesses would once have thrown out and finding the hidden value inside.”