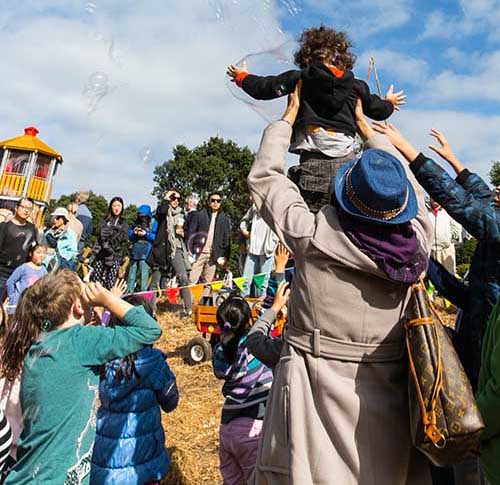 The following provocation by Tania Pouwhare forms one part of Financing the Future, our dynamic content project exploring the market opportunities for impact investment in Aotearoa New Zealand. The project is produced by Pure Advantage and promoted in association with the Impact Investing National Advisory Board Aotearoa New Zealand and the Responsible Investment Association of Australasia. Access the full project here.

But South Auckland is a contradiction. Despite being an integral part of Auckland’s (and therefore New Zealand’s) economic engine, South Auckland has significant and complex social and economic challenges such as high rates of unemployment and underemployment, low incomes and education attainment, poor quality housing and high levels of social and health harms caused by hardship and poverty. But the current socio-economic situation wasn’t always so; it was after the economic shock of the global financial crisis, only a decade ago, that South Auckland’s unemployment rate pulled drastically away from the rest of Auckland.

Many South Aucklanders have not shared in Auckland’s economic growth and have been left behind by successive economic and social reforms, automation and globalisation, and other impacts on the labour market. Auckland, like cities around the world, is grappling with increasing inequality and the concentration of wealth and prosperity in a diminishing number of people. The emerging global consensus is that inequality is a handbrake on economic growth and it is estimated that rising inequality knocked more than ten percentage points off New Zealand’s growth over the past two decades.

The Southern Initiative is Auckland Council’s social innovation think-and-do tank, focused on socio-economic transformation in South Auckland. It focuses on demonstrating and enabling inclusive, just, circular and regenerative economic development, with Māori and Pasifika leadership throughout the economy including as entrepreneurs, innovators and business owners as well as workers.

The Southern Initiative intentionally seeks out those jobs with the greatest potential for personal, family and community transformation. Simply connecting South Aucklanders to employment that is precarious, at risk of automation and/or only moves people from a position of being poor to ‘working poor’ is a false economy. Poorly paid, unfulfilling jobs exacerbate people’s stress, replaces old problems with new ones, keeps people trapped in poverty and does not sufficiently lift personal and intergenerational outcomes.

One of the tools we are using to create greater shared prosperity is social procurement. There’s no universal definition of ‘social procurement’ but, essentially, it is the process of specifying and acquiring goods, services and works in ways that generate positive social impact and value above and beyond the primary purpose of what’s being procured; it’s about how we buy things rather than what is purchased. It’s not a silver bullet (such a thing doesn’t exist) but with the council family’s purchasing power running into billions of dollars per annum, it’s one of the most obvious and controllable levers we have for delivering on our multiple social, economic, environmental and cultural goals and responsibilities.

Simply purchasing or commissioning ‘social things’, such as a social service, is not automatically a social procurement. It must, in the procurement process, include requirements to deliver socio-economic benefits above and beyond the primary purpose of what’s being purchased.

The Southern Initiative recently tendered for an operator of South Auckland’s first Makerspace (bringing people together locally to make, tinker, fix and create in a wide range of mediums). It is inherently ‘social’ in its purpose; building social and human capital to improve South Aucklanders’ prospects in the fourth industrial revolution. But what made it a ‘social procurement’ was that the tender was set-aside for social enterprises (in other words, only social enterprises could compete) and the contract requirements include local, Māori and/or Pasifika enterprises in the supply chain and the provision of work experience for South Auckland students.

The Southern Initiative has inserted socio-economic requirements in well over a dozen different procurements; learning by doing, testing and refining our practice and understanding what works best, as we go. We’ve included socio-economic requirements in all types of contracts: design services, construction, maintenance, operations, products and even deconstruction and salvage. With social procurement you can do (pretty much) anything, but you can’t do everything, so we focus on driving up incomes for South Aucklanders through creating quality employment and enterprise opportunities – and we have a very specific definition of what we mean by “quality”.

Most of our work has been with Auckland Transport, who have shown real leadership in using their significant buying power to create transformational opportunities for South Aucklanders. In our latest collaboration on a major infrastructure tender, we’ve included very specific targets on: employment of people who experience disadvantage in the labour market; women’s participation in non-traditional trades; wages; upskilling; and supplier diversity.

There are a number of things to note about this procurement. Firstly, Auckland Transport have, literally, put their money where their mouth is with financial incentives for overachievement of the targets. We’ve also sought to bring the environmental sustainability and social requirements closer together by making training in ‘green skills’ one of the upskilling requirements.

In another NZ-first the project has supplier diversity targets. What this means is that the contractor is required to include a certain percentage of Māori, Pasifika and/or social enterprises in its supply chain. We’ve set up an intermediary, He Waka Eke Noa, to facilitate relationships between the large contractors and Māori and Pasifika small and medium-sized enterprises and Ākina has a similar initiative for social enterprises. In Australia, for example, the federal government has increased its spend with indigenous businesses from A$6 million to A$1 billion in just three years of implementing its Indigenous Procurement Policy; a truly staggering achievement. Canada has achieved similar results, and the USA, the birthplace of supplier diversity (which emerged out of the civil rights movement), leads the world. Our experience is that this is the gamechanger – Māori and Pasifika-owned businesses employ proportionately more Māori and Pasifika peoples and spin-out Māori and Pasifika entrepreneurs; in other words, regenerative economic development.

Social procurement is mainstream in most other developed countries, reflecting the “… broader shift towards a more entrepreneurial and sustainable approach to addressing inequities and building pathways out of poverty and unemployment”. The use of government procurement to promote socio-economic policies has a long history. The public sector has always used procurement as strategic leverage for social and economic policies, such as fair labour conditions and wages, and the use of public works to tackle unemployment. In 1840, US President Martin Van Buren issued an executive order establishing the 10-hour working day for those working under certain government contracts. In 1891, a resolution on fair wages was passed by the House of Commons in the UK stipulating fair wages in all government contracts.

Whilst the practice here is fledgling, and we lag behind most of Europe, North America and Australia, there is increasing public sector and corporate interest in social procurement. We have a real imperative to develop human capital and tackle the low wage, low productivity rut which traps so many people, South Aucklanders in particular.

We also have great conditions for social procurement. These include skills shortages, an ageing workforce, low general unemployment, large investment in construction and infrastructure. We have a real opportunity to leapfrog our international counterparts if we are prepared to take bold steps. The challenge is to do best, not just to do good. If there were ever a need for decisive action to do this, surely now is the time.

The Southern Initiative is Auckland Council’s social innovation think-and-do tank, focused on socio-economic transformation in South Auckland. One of its priorities is to demonstrate and enable inclusive, just, circular and regenerative economic development. Find out more about our social procurement work at www.cspnz2018.nz.