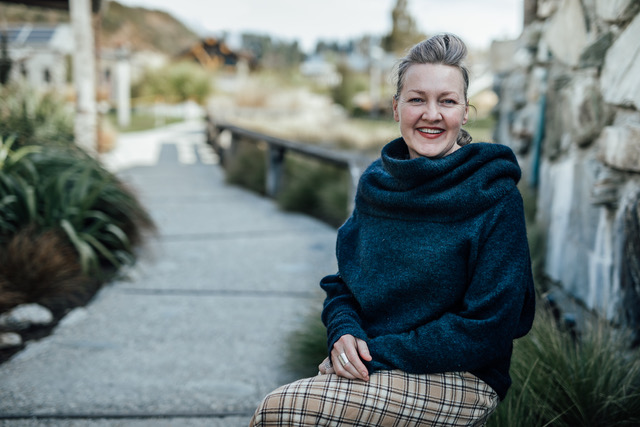 The Sartorial Skin You Are In Pt. 1

Part 1: The current state of the fashion industry.

The word ‘fashion’ can evoke an elite clique of creatives to which ordinary clothes wearing people like you and me can feel excluded. But unless you are reading this in the nudey, and all power to you if you are, your clothes wearing self is part of the global clothing system. Fashion, far from being frivolous, is one of the largest and most impactful industries in the world with global annual revenues of USD $2.5 trillion. 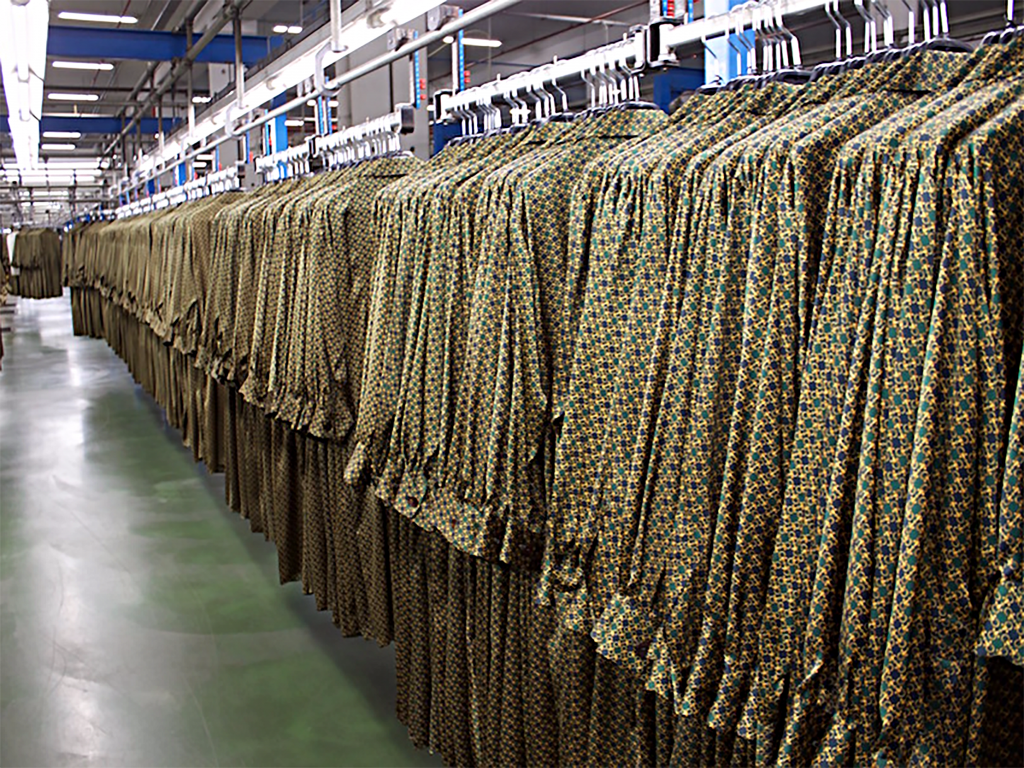 The clothing industry, like tourism and hospitality, is reliant on discretionary spend, with customers confined to homes, the global economy in recession, and unemployment levels rising rapidly, brands bottom lines are being hit hard as economic uncertainty plays out and cautious customers prioritise necessities over nice-to-have purchases. According to market analysis company McKinsey “revenues for the global fashion industry will contract by 27 to 30 percent in 2020”  While the international Monetary fund (IMF) expects the global economy to shrink 3% this year and New Zealand anticipating an 8.4% shrink, McKinsey highlights the extraordinary pressure the industry is under.

“The average market capitalisation of apparel, fashion and luxury players

dropped almost 40 percent between the start of January and March 24 2020 — a much steeper decline than that of the overall stock market.”

The vast majority of clothing sales globally were, until the pandemic, through traditional bricks and mortar stores with only twenty percent of revenues from online sales. With stores around the world shuttered, stock has been piling up, in the UK alone an estimated £10bn worth of clothing is sitting in warehouses with no flow through to stores and on to customers. Warehouses have reached capacity, the knock-on effect is leaving containers full of new clothing sitting on shipping docks with nowhere to go. 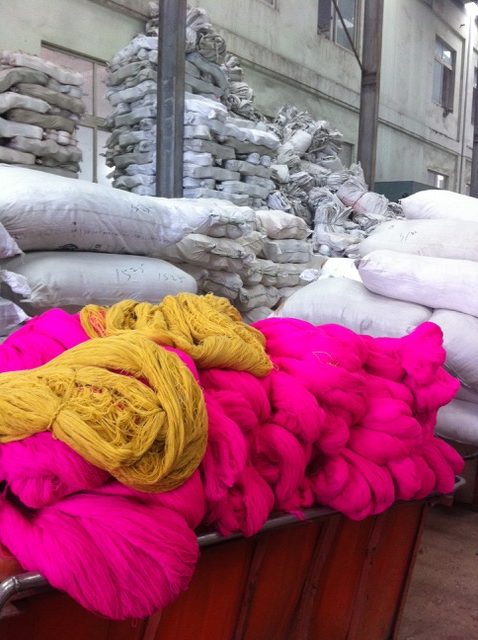 Over the last couple of years the industry has come under considerable public criticism for conspicuous overproduction and the burning and disposal of unsold stock. With the backlog of inventory we can expect to see brands turn to heavy discounting to clear stock, probably for the rest of the year. However McKinsey warns that “for companies engaging with a growing cohort of ethical and sustainability minded customers that discounting and traffic driving could be construed as being tone deaf to the market.”

The alternative route for clearing unwanted stock is through the international rag trade into less affluent nations. In the UK unwanted stock and used clothing has enjoyed a reasonably high economic value compared to other recycling streams, but with the current glut of clothing Letsrecycle reports that clothing has dropped from £130 per tonne in March to £30 in April. In some countries instead of paying for used clothing rag traders are now charging a collection fee. In New Zealand just a couple of years ago organisations could off load unwanted cotton clothing as rags for a small return, until waste clothing from the United States began flooding the market. 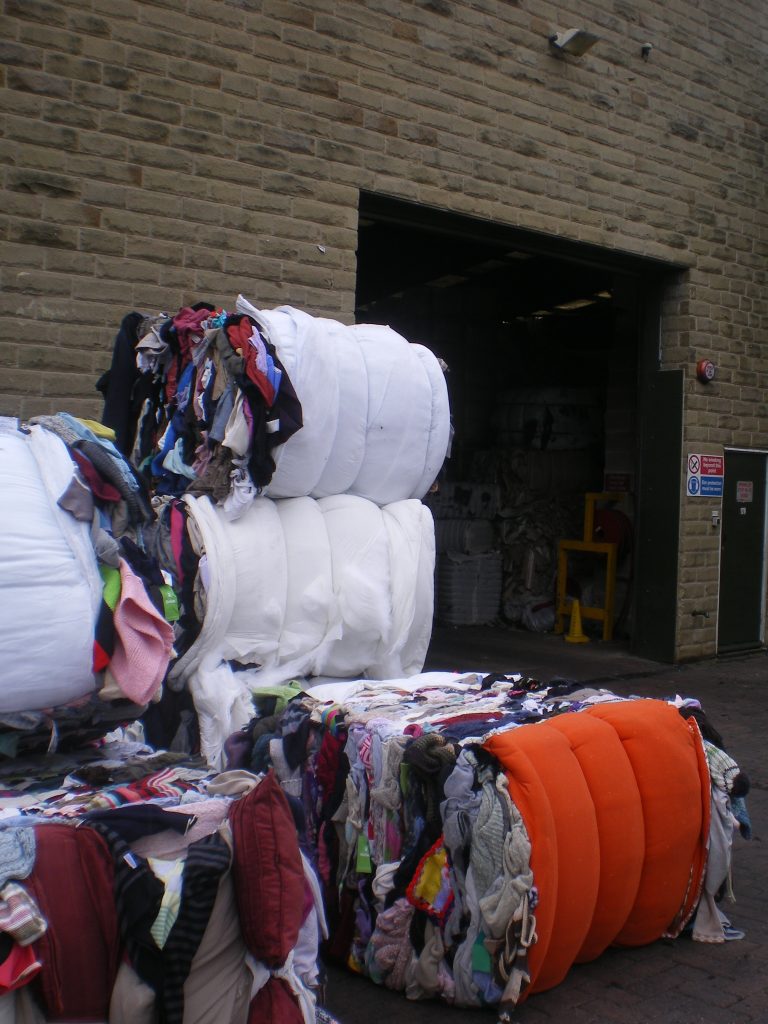 NZ in turn exports tens of millions of dollars of used clothing every year. Only about 30% of donated clothing is sold onshore, the rest is sold to our pacific neighbours. The uncontrolled export of the West’s used clothing has decimated textile industries in the countries where the clothing is offloaded, resulting in the loss of skilled jobs and negative environmental effects from the dumping of unwanted clothing. The UK and Europe sell their unwanted clothing into Sub Saharan Africa, the social and environmental issues are so significant that in 2016 a block of East African Governments proposed a ban on the importation of second-hand clothes. The closure of borders and the banning of imports of used clothing until further notice will result in a significant increase in onshore clothing waste.

Market analysis of the clothing industry focuses on B2C rarely including the B2B sector. As industries retrench and refocus on core revenue generating areas, along  with the movement to more digital service offerings, a reduction in uniform wearing customer facing staff is highly probable. We can anticipate rebranding exercises and replacing of company livery being reassigned as non-essential in the short term to medium term. Healthcare and government contracts being the obvious exception.

The Apparel Coalition’s Weaving a Better Future paper published at the end of April echo’s McKinsey’s grim findings “Brands are adjusting to declining customer spending, and workers in countries like India, Bangladesh, and China are furloughed because of reduced or cancelled orders. And an impending economic crisis is expected to wipe out more than 30% of the fashion industry’s business in 2020 alone”.  Moving beyond analysis the report provides clothing brands with pragmatic steps to navigate the immediate crisis, the near term and the future.

“Re-evaluate all decisions and actions taken under duress”

“Expectations for the entire industry will be reset around greater collaboration, more equitable partnerships, and collective responsibility across all parts of the value chain”

Financial pressure will strain some brand’s commitment to sustainability, simultaneously they can expect increased pressure to validate their environmental and ethical positioning to rebuild customer trust. Last year a global group of fashion academics formed under the name The Union of Concerned Researchers in Fashion concerned about the lack of action within the industry to address humanitarian and environmental issues, their recent call to action focuses on four key areas within the fashion value chain:

Circularity – calling for true system change ‘where no product is produced unless it is connected to a viable circular/takeback system, from the outset.’

Re-commerce, repair, rental –  request that brands involved in branded resale, repair and rental, to explain how they link ‘increases in their resale business to decreases in virgin product consumption’ 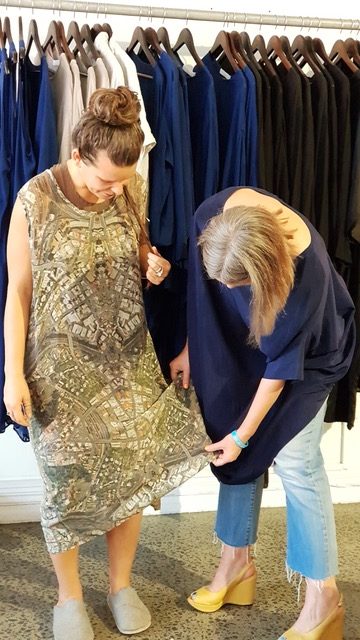 There is no part of the value chain which is immune to what is happening, but due to power imbalances it is the factory workers in the global south that will feel the effects the hardest. In Bangladesh 80% of exports are clothing, Sri Lanka and Cambodia 50%, so when there is a crisis in the clothing industry it translates to a catastrophe for these economies, these countries and the workers at the forefront of it. Lockdowns and the closure of stores and ecommerce platforms have resulted in billions of dollars of cancelled or postponed orders leaving factories burdened with crushing debt and their workers destitute, sparking a humanitarian crisis that if left unresolved could deteriorate social unrest and anarchy.

Human rights observers, activists and factories themselves are calling on brands not to turn their backs on vulnerable low wage workers. Aruna Kashyap, senior researcher at Human Rights Watch said that the situation in Bangladesh exposed the lack of any sort of protection for workers who make huge profits for international fashion brands. “Workers who have been furloughed or lost their jobs would struggle to find any way to support their families throughout a Covid-19 lockdown and it could take years for the garment industry to recover – the brands are trying to minimise their losses but the impact on the ground in Bangladesh has already been catastrophic and will spell disaster for millions of families,” For workers in low-cost manufacturing regions like Bangladesh, India and Cambodia extended periods of unemployment means hunger and disease. Kashyap explains “Retailers are calling on the governments of garment-producing countries to provide support for workers, but if you’re going to base your hugely profitable supply chain in countries where you know no such social safety net is available, you have to take responsibility when things go wrong.” Brands who justify manufacturing in low cost centres as providing a social benefit will be judged on their behaviour and will lose the social licence to operate if they fail to step up.

Kim van der Weerd, former GM of Cambodian garment factory Pactics challenges customers and activists “When brands announce cancelled orders, demand to know whether they will reimburse the costs the factories have sunk.  Demand to know whether they are supporting their factories with payroll financing in the absence of orders. When they tout their sustainability credentials, demand to see their policies on purchasing practices‘  Highlighting elective ethical and sustainable initiatives are  no guarantee of protection for workers. Some industry insiders like designer Katherine Hamnet CBE have, for a number of years, been calling for policy not free market initiatives. On stage in London at the Global Fashion conference in 2018 she declared “Sustainability Certification is a conspiracy to do nothing” demanding “We need radical change now! We need new laws to control the clothing industry, it’s not controlling itself. Humanity will be lost if not” 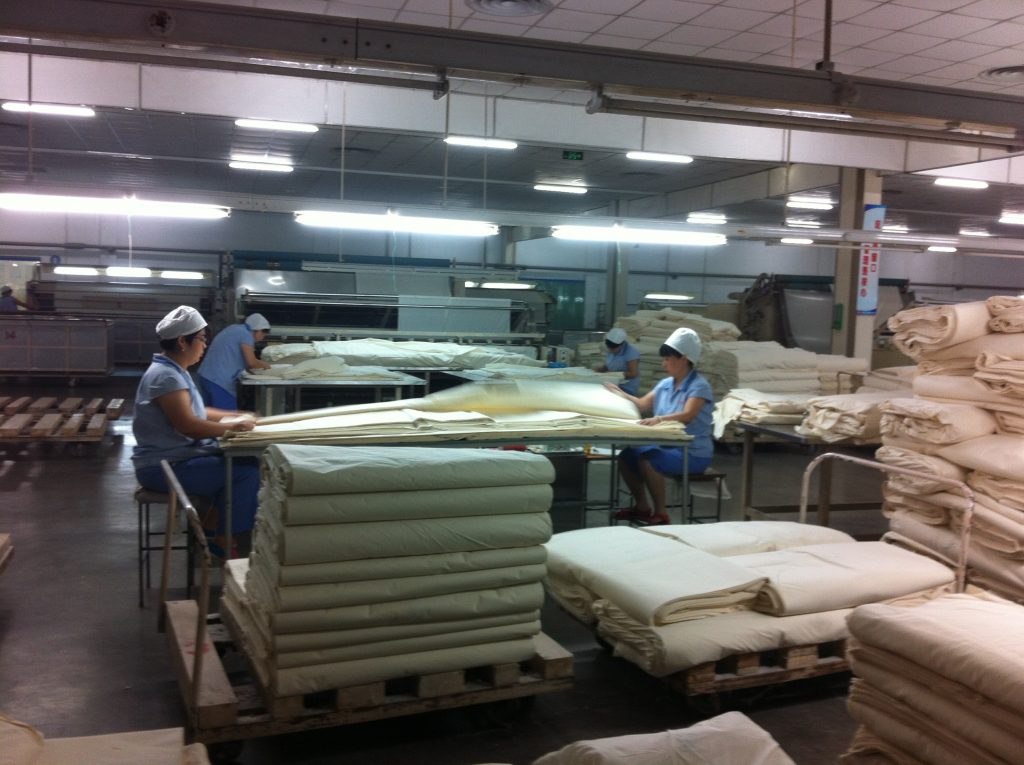 The UN’s International Labour Organisation (ILO) has called for urgent collaboration across industry to mobilise funding, ensure business continuity, the payment of wages, income support and job retention schemes to protect the health and livelihoods of millions of garment workers and their families around the world.

“The ILO is deeply concerned by the threat posed by COVID-19 to millions of jobs in the global garment industry,” said Guy Ryder, ILO Director-General. “This is an unprecedented crisis that can only be solved through global solidarity.  Urging all actors to take joint action to avert catastrophe for the industry.

The European Commission is expected to start developing a new comprehensive strategy for textiles in the coming months, a group of civil society organisations have set out their vision for a fairer and more sustainable Textiles Garment Leather and Footwear sector. They have released a non official shadow strategy proposing a set of legislative and non-legislative actions that the European Union can undertake. A number of initiatives have materialised over the past few years within the European Union, like the French law on the Duty of Vigilance, the UK Modern Slavery Act and the Child Labour Due Diligence law in the Netherlands. Along with multi-stakeholder agreements including the Dutch Agreement on Sustainable Garments and Textiles, and the German Partnership for Sustainable Textiles. The shadow strategy calls for a harmonisation of policies, extending timber and mineral legislation across other high risk-sectors including textiles and garments. A key area of focus being purchasing practices.

Many of the human rights violations and environmental impacts occurring  in producing countries are attributed to weak laws. Along with corruption, unstable governments and fragile institutions, undermining social and environmental standards. The strategy calls for reforms in labour laws within producing countries to be linked to market access to provide added incentive. At the other end of the value chain the strategy suggests formulating quantitative targets to reduce material footprints to respect natural resource constraints, to reduce waste and set targets to nurture re-use and recycling.

The global absence of regulation of the clothing industry has pushed the responsibility on to individuals to try and determine whether one supply-chain is more ethical than another or whether one garment is more sustainable than another. Assessing the social and environmental impacts of each purchase is impossible for an individual just wanting to do the right thing. What the crisis has revealed is well meaning, elective initiatives do little to protect the vulnerable when the industry is under pressure. Regulating the clothing industry to bring it in line with other industries will reduce human rights abuses, environmental impacts, virgin resource use and waste in the clothing industry. 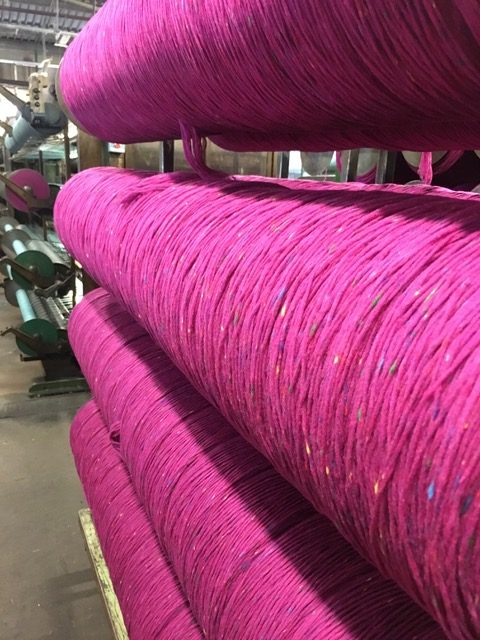