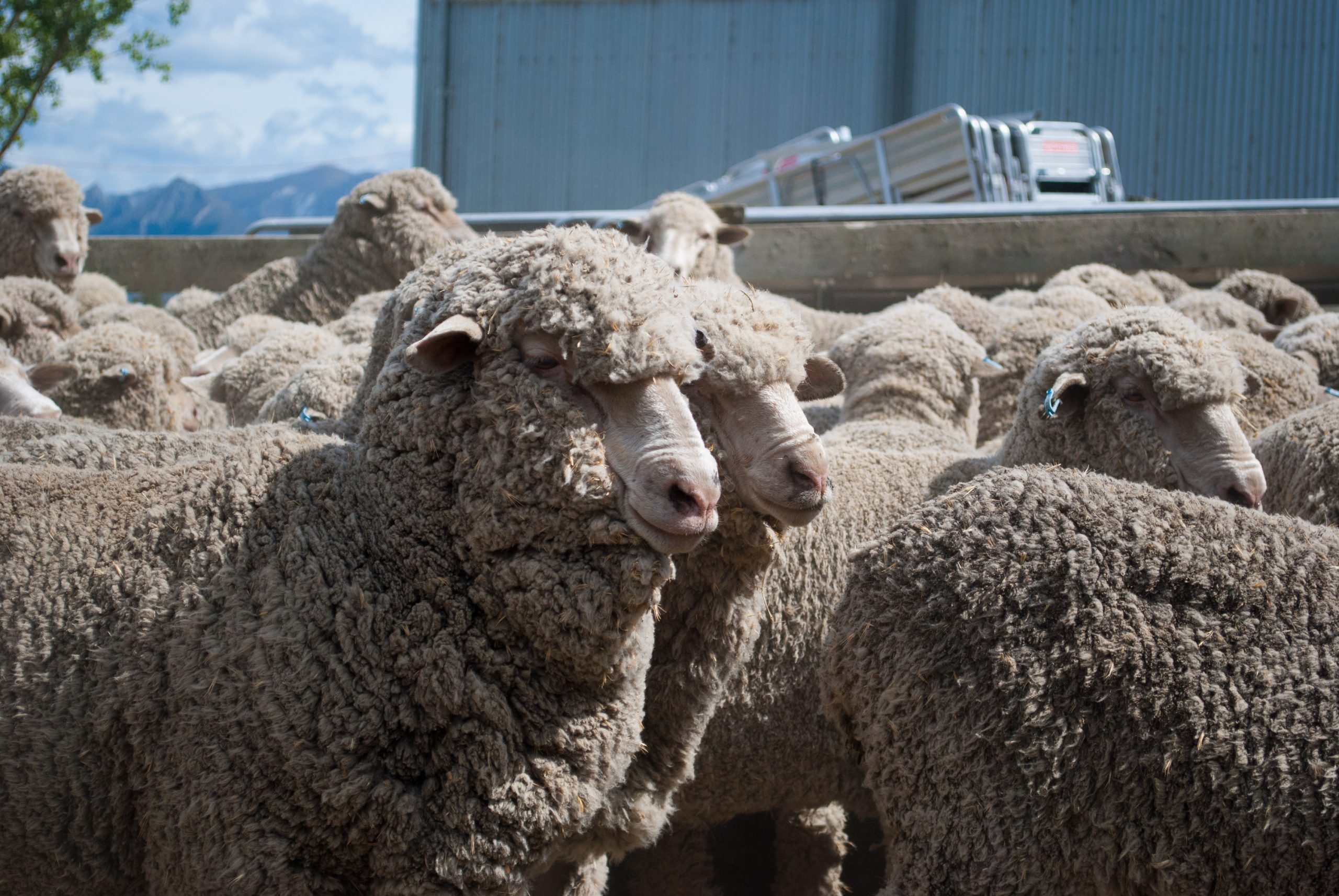 When Geoff Ross bought Lake Hawea Station in 2018, he said he wanted to be a changemaker and farm for the environment. Meanwhile, on the other side of the world, Edzard van der Wyck was about to launch a carbon-negative merino knitwear brand aimed at setting a new red line for sustainable fashion. Now the pair have struck up a supply partnership that should help both achieve their goals. 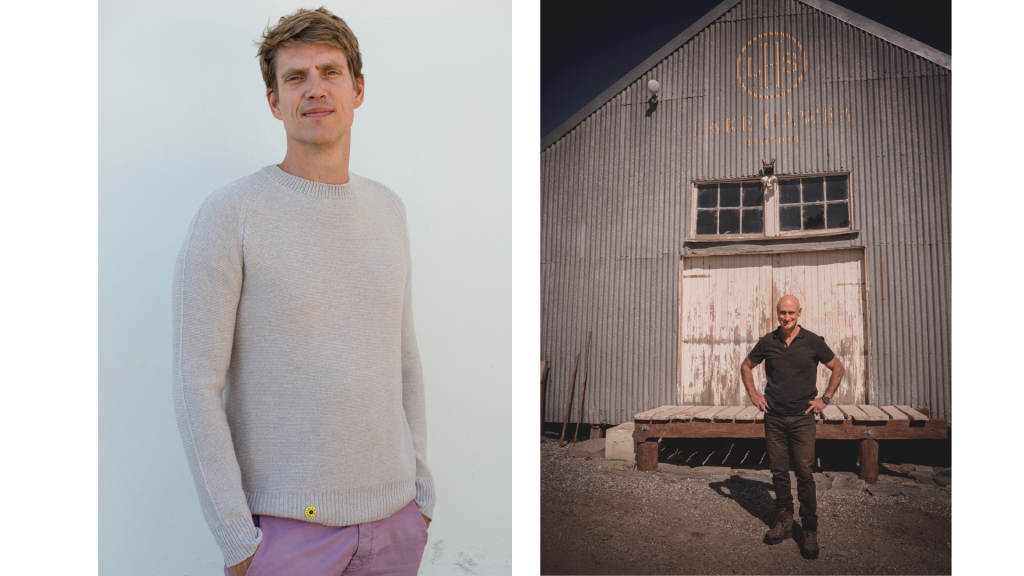 “It’s not just something being driven by farmers saying

‘We want to lower our carbon footprint’

– it’s also being driven by consumers.”

At first glance, the former adman and founder of 42 Below Vodka seems an unlikely high country farmer. But Ross was raised on a Waikato beef and deer farm and did a BCom in Agriculture at Lincoln. His wife Justine also came from a farming background. Taking on the 6500 hectare sheep and cattle station on the eastern shore of Hawea, in the Southern Lakes, has allowed Ross to get back to his roots and enact his sustainability ethos in one of New Zealand’s foundational industries. 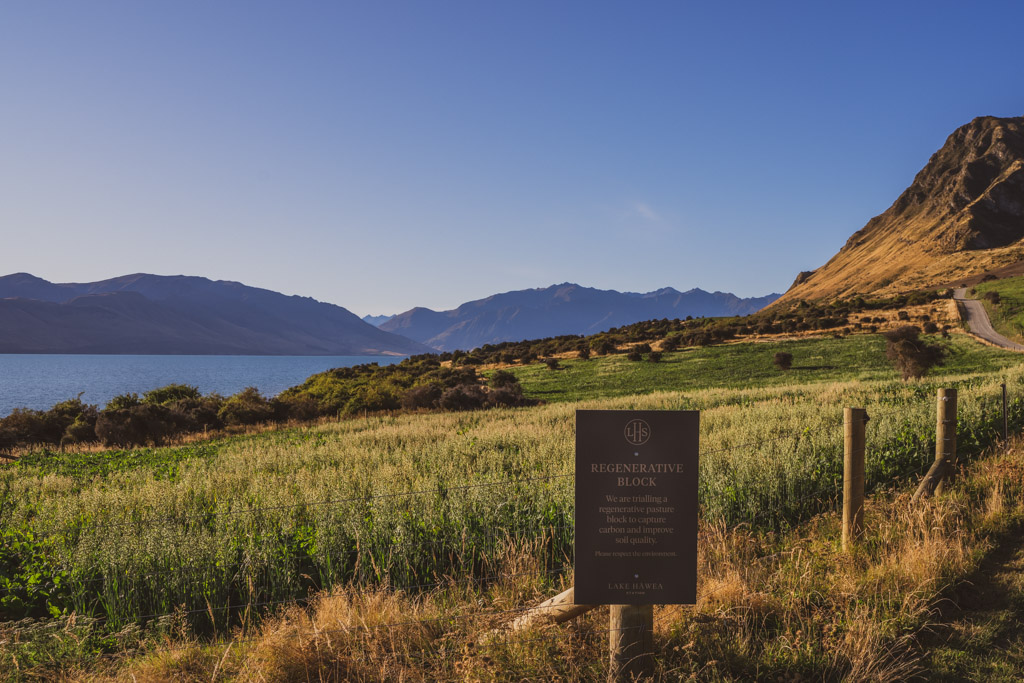 In the last couple of years, the Hawea team has fenced waterways, used agritech to optimise and reduce the use of fertiliser and irrigation, and launched a planting programme with a target of getting 100,000 native trees into the ground in ten years. At the same time, the station has introduced regenerative agriculture practices, seeding a 10-acre trial paddock in a mix of 20 different types of plants. 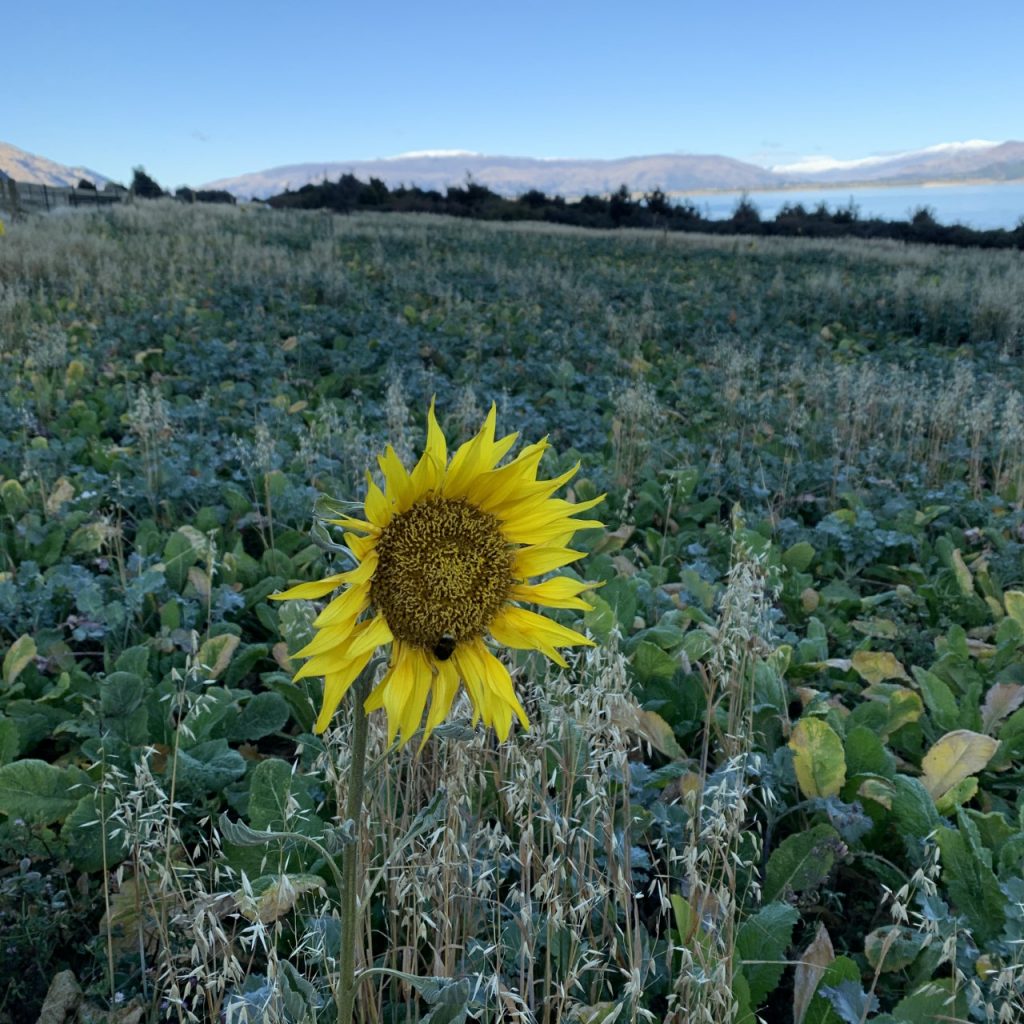 It wasn’t a perfect test run – “we went a bit heavy on the brassicas,” he says – but the trial affirmed the station’s future lies with regenerative ag. “There’s evidence that regen ag is not only better for the environment, it’s also better for farming expenses, it improves water retention – we get very dry summers here – and it’s good for animal health,” remarks Ross, who adds that merino sheep as a browsing animal are well-suited to the “fruit salad” of regenerative pastures.

The carbon opportunity of regenerative is equally significant for Ross. Lake Hawea Station, which is currently carbon neutral he claims, aims to be carbon negative times ten. Planting trees is one way to get there – albeit slowly – and Ross is closely following the potentially game-changing development of seaweed as a methane-suppressing feed. But regenerative practices that improve Hawea’s “fragile” soils could also contribute significantly.

“Typically in carbon sequestration the big discussion has been about trees; it’s yet to come to soil and pasture. But everyone knows that healthy soils sequester carbon,” he says.

“If we can start quantifying what our soils and pastures

are doing we can take a massive leap forward

in our carbon calculator.”

For van der Wyck, that’s exactly that kind of talk that makes Lake Hawea Station such an appealing supplier. “What’s exciting for us is to work with farms that have the mindset to continuously improve how they operate,” he says.

Sheep Inc, which invests 5% of its revenue in carbon-sequestering biodiversity projects, was founded to do fashion more sustainably, and to drive a shift in consumer purchasing behaviour, says van der Wyck. They chose to focus entirely on one item, the classic knitted sweater, because it avoided the trap of disposability. They elected to use ultrafine, super-soft merino because you hook the consumer into your sustainability message by delivering a quality product. The fly in the ointment, however, was that agriculture, including sheep farming, is emissions intensive.

“We knew we wanted to use merino wool, but we had to justify it from a sustainability point of view,” he says, adding that they found the answer in New Zealand Merino’s ‘ZQ’ programme, whose five core values include environmental sustainability. Sheep Inc’s first batch of merino wool was sourced from more than a dozen ZQ-accredited farms. The next batch was taken from just three suppliers, including Lake Hawea, Omarama and Middlehurst stations. 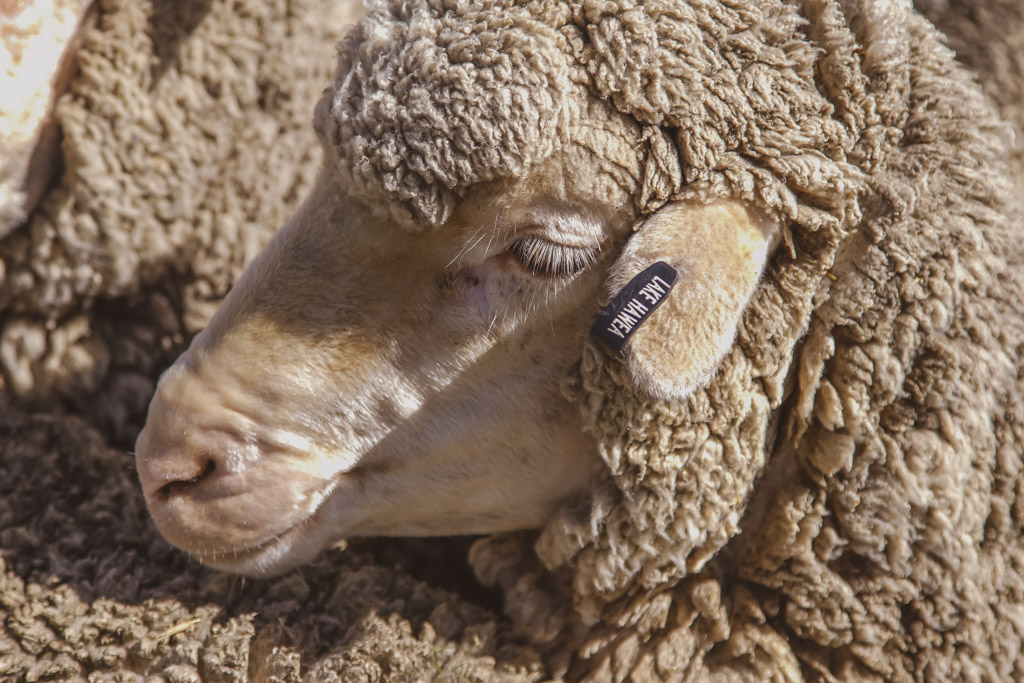 “Quality of wool was where we started. But the second piece was ‘What are they doing now, and what’s their long-term vision?’,” he says. “We’re at the beginning of an innovation journey around sustainability and regenerative farming, and what’s exciting for us is that we can work with these farms that have a similar mindset to continuously improve how they operate and therefore the impact that raw materials have on our general production. The long-term goal is to have a carbon negative supply chain.”

Sheep Inc also claims to be carbon negative times ten, and it pitches to consumers on the strength of its sustainability credentials as much as the quality of the product. It also stresses transparency – not an approach you historically associate with fashion. 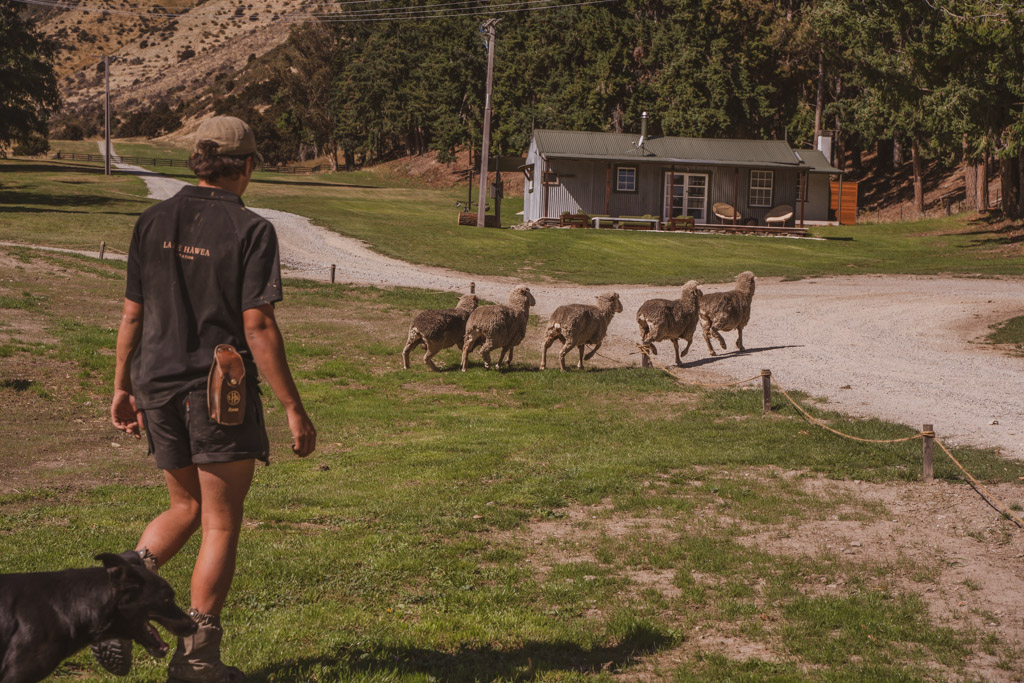 Van der Wyck says the company’s approach to transparency and provenance is not merely about presenting information, but actively engaging the customer. All Sheep Inc sweaters carry a digital NFC tag in the hem that, with a tap of your phone, reveals the item’s unique provenance and the carbon footprint of its journey. What’s more, every customer gets to ‘adopt’ a sheep from the source farm (“sheep included” is the tagline) and receive regular updates on their adoptee, even tracking its movements.

“That’s the way you win this,” says van der Wyck, who started Sheep Inc partly to educate consumers about what sustainability in fashion looks like, and to inspire.

“You get people to think about the stories behind the things they buy.”

That also involves enlightening customers about why the clothing carries a premium (Sheep Inc sweaters retail online for NZ$264 or NZ$325, depending on knit). On that point, Van der Wyck reckons consumers are beginning to grasp the impact of buying cheap fashion. “What’s starting to take shape is an understanding that it can have long-term effects on the environment and that you’re just going to have to buy something again soon.” 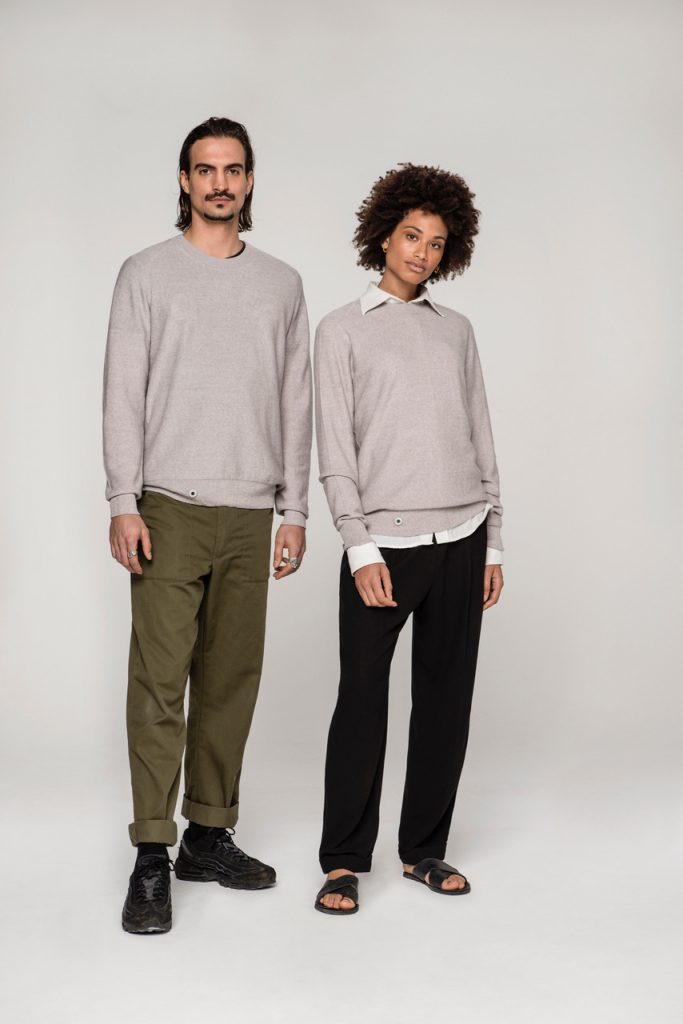 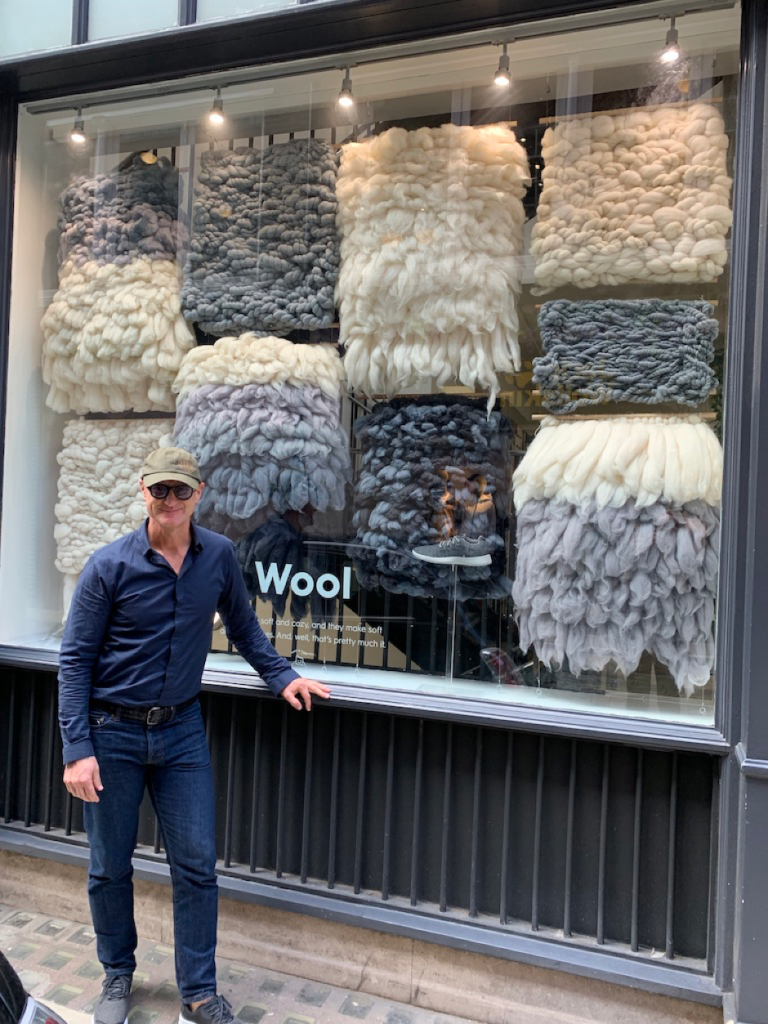 For Ross, who is at once a conservationist and a seasoned marketer, supplying wool to a carbon negative knitwear label is the perfect fit. “If we’re to build a premium image around our product it needs to be visible,” he says. “Sheep Inc is doing that. This is not some anonymous wool in their garments. It’s merino. It’s ZQ merino. But ultimately it’s merino from our farm. That’s got to be a good brand message for us and what we’re trying to do here.”

The partners may be at the front-end of a bigger trend. Internationally, other clothing labels are starting to explicitly recognise the potential of regenerative agriculture. Patagonia has embraced regenerative and organic grown cotton. Closer to home, Australian menswear outfit MJ Bale has struck an exclusive supply arrangement with a Tasmanian wool farm that includes funding on-farm trialling of regenerative agriculture programmes and the use of seaweed.

Time will tell if regenerative agriculture has the kind of impact its proponents hope. But Ross is fully on board. “Agriculture need not be the villain in the climate change discussion. If we adopt regenerative practices, there’s building evidence that we can play a positive role in reducing our impact.”