To paraphrase the saying – are we wasting a crisis?

With $20b still in the Government’s kitty, it is too soon to tell. But with $30b spent, there isn’t much to suggest Aotearoa New Zealand will re-emerge from the COVID-19 lockdown with a pathway to a more sustainable future.

From what we saw in the Budget, there is little bravery or vision in the Government’s response. They have stabilised the patient, and are keen to get them back on their feet again as soon as possible. But there is no sense of building resilience to keep the patient out of hospital in the future.

You can understand the politics. As we move down the alert levels, Kiwis are looking forward to life returning to ‘normal’. The trouble is that may not be a great idea. The “old normal” brought many problems. Large parts of our society weren’t resilient, and many of these have been shown up by COVID-19. There will be more crises in the future, it is a matter of when not if. More pandemics, not to mention climate change. We need to use this opportunity to prepare.

Many called this a “once in a generation” opportunity to rebuild the economy after the COVID lockdown. The question is, which generation? During the lockdown younger generations sacrificed opportunity in order to protect older generations. In addition they will have to pay back the debt currently being run up.

So where is the payback for younger generations?

Given the sacrifice they are making and will continue to make, the Government’s response needed to be fair and future proofed to deal with issues like housing and climate change.

So far at least this is nowhere to be seen.

The best part of the Budget from a sustainability standpoint was easily the $1.1b for green jobs. This is no doubt a win for the Green Party – possibly the biggest they have had in a Government where they have had little bargaining power.

It was clear we needed to do something to provide work in the regions hit worst by the decline in tourism. This was an opportunity for our country to live up to our clean, green image.

It made total sense to tackle wilding pines and other pests, fence and restore wetlands, and invest in planting our waterways and erosion prone land in native trees. This investment will pay itself back in reduced emissions in the future.

However, this money will eventually run out and the work will stop. It is a great short term stop-gap, but where is the longer term thinking on how we shift the needle on the environment? Of course charging for fresh water disappeared as soon as the Government was formed. Now the chances of improving fresh water quality seem to be similarly disappearing under the weight of the COVID crisis. And climate change barely got a mention in the Budget. With petrol prices low, now would have been the perfect time to signal that the carbon price will rise, and to start investing the proceeds.

Aotearoa New Zealand is facing both a housing crisis and a climate emergency. There is huge potential for a win-win here; reducing emissions and bringing the true cost of housing down through a fundamental re-engineering of our cities.

By building high quality medium density housing and apartments around public and active transport networks we can cut down the emissions from transport and heating. We need this housing to be affordable, liveable, and energy efficient.

Again, there were some bright spots in the Budget; 8,000 new State homes and a little extra money for insulating existing homes. But it is far from the overhaul needed.

During the Global Financial Crisis, house building dried up. This, plus high levels of immigration led to the housing shortage we have now. Kiwibuild was pointless in a boom, but could make sense in a bust – provided the Government can remove the roadblocks that tripped it up the first time around.

The main problem with Kiwibuild Mark One was that affordable housing requires affordable land prices. If the Government is careful, now will be a good time to pick up some bargains on that front.

The Budget removed some other roadblocks to more and better housing. There was a heavy investment in trades, which was great to see. Time will tell however whether this money goes to lifting the quality of our workforce skills, as opposed to simply training more people.

The Government’s temporary overhaul of the Resource Management Act (RMA) removes another barrier to integrating higher density housing with public and active transport. The Resource Management Act (RMA) was designed to protect our environment but in our cities it has led to sprawl. Let’s hope this problem gets solved permanently in the near future with a decent Urban Development Act supplanting the RMA.

However, other roadblocks remain. The building code is one cause of the higher building supply costs. Accepting building codes from similar overseas countries would allow us to build more energy efficient buildings more cheaply.

Local Government is the poor cousin when it comes to infrastructure. Council’s own 38% of the infrastructure in our country but only get 7% of the revenue to maintain it. That is why we have water pipes bursting all over the country, and this in turn is why we can’t get more inner city housing built.

Doing density well in our cities will require massive reform of local government funding. This Government’s stimulus package was an opportunity to do that. Investment in water infrastructure is crucial, as is integrating denser living with public and active transport. Above all Councils need an incentive to allow more development.

The Government’s investment in pop up footpaths and cycle lanes was a good start. But instead of investing in more roads and rail to help people commute huge distances, it is better to focus on providing the infrastructure to allow people to live closer to the amenities they want. Investing in water infrastructure will help clean up urban streams and also allow much greater density in our cities.

This brings us to the wider mess that is infrastructure funding in this country. Politicians increasingly seem intent on using infrastructure spending to buy votes. Ideally we need to get them out of the process. If we can’t, at the very least the public needs transparent, independent information to compare projects so that the public can make up their own minds on where the money should go. That information should include environmental impacts, such as carbon emissions.

The debate between politicians is also pretty shallow – road vs rail. We need a much broader discussion of what infrastructure can encompass. Electricity is central to a low carbon economy. COVID-19 has taught us that we should see the internet (both wires and wireless) as vital infrastructure. And green infrastructure such as water sensitive urban design in cities and wetlands in rural areas should also be included in the discussion.

There is excellent thinking emerging from outside Government on this front – such as Build Back Better from the Lever Room. This was a non-partisan COVID-19 recovery framework created collaboratively by a range of thinkers across impact strategy and investment, academia, science, health, government, business and philanthropy. It would be great if this approach got picked up by the Government and had the remaining $20b thrown behind it, but the Budget didn’t give me great hope.

Finally the big disappointment was the lack of a Universal Basic Income or even a temporary payment of helicopter money.

The first round of wage subsidies worked reasonably well. But the longer this crisis drags on, the more wage subsidies look like they are propping up zombie companies. Tourism businesses must adapt and serve the Australasian market if they are to survive. That means doing things differently – and hopefully more sustainably.

Instead of extending wage subsidies it would have been far better to give everyone some cash – say $1,000 each. The needy would have used that for rent and putting food on the table. Those that are better off could use it to enjoy our wonderful domestic tourism and hospitality industries.

I would prefer the even bolder solution of a proper UBI; giving everyone $250 per week no questions asked. This could be mostly funded through a 33% flat tax, leaving all Kiwis – especially lower income ones – better off. For example someone full time on the minimum wage would be $6000 per year better off – taking them above the living wage. In short this would make our tax and welfare system modern, simple and fair.

Such a reform would provide people with the security to get out there and spend, start businesses, volunteer, or retrain, all without getting sucked into the poverty trap created by the welfare system.

As automation and artificial intelligence gain a hold on our society, as we sink deeper into the gig economy, our welfare system will struggle. A UBI provides a basic platform upon which everyone can reach for the stars.

The economic crisis COVID-19 initiated will no doubt be painful, but is also a massive opportunity to reinvent ourselves as a nation. Let’s hope we don’t blow it by rushing to restore an unsustainable “normality”. 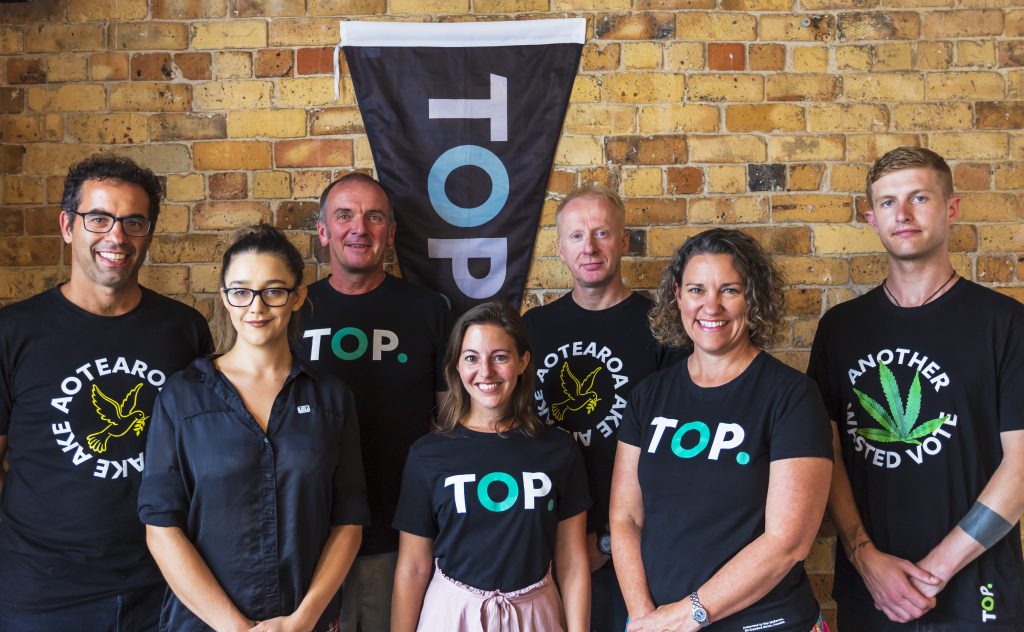 Geoff Simmons is Leader of The Opportunities Party (TOP). Geoff is an economist, and in previous lives has written four books, run his own business and been a manager in the public service. Geoff has spent his career searching for solutions to New Zealand's biggest problems such as the housing crisis and our environmental emergency. He has seen that the biggest barrier to fundamental change is lack of political will - politicians are too keen to keep their cushy jobs to risk trying anything new. Geoff is in politics to change that. He wants to provide New Zealanders with an option for real change that will create a truly prosperous, sustainable and fair nation.