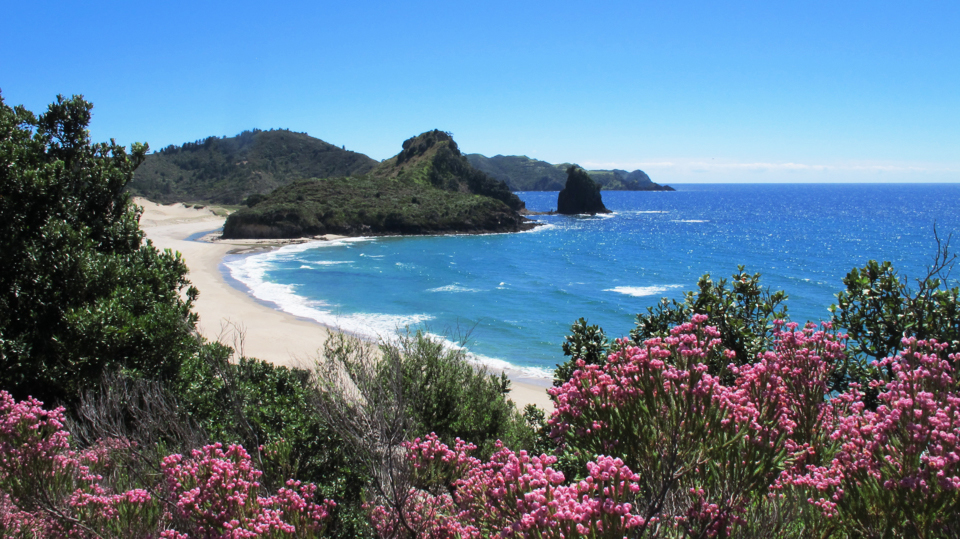 In this series of articles on the Blue Economy, marine sector environmental consultant, Fraser Stobie, unlocks some new thinking about the world’s aquatic economy, here’s the first article.

The Blue Economy first started receiving attention as a stand-alone concept in 2012 as the world contended with sudden growth in ocean economies intermingled with increasingly rapid deterioration of coastal and ocean ecosystems and the associated impact on people and livelihoods. It subsequently became a key theme of the Rio+20 United Nations Conference on Sustainable Development that same year. Following in the footprints of the sustainable Green Economy narrative, the Blue Economy concept is a subset of that discussion which focuses in particular on the sustainability of the ocean economy.

Described as an ‘economic frontier’, the ocean in many ways represents the last opportunity in humanity’s quest for sustainable development. The term ocean economy refers to all ocean-based industry activities and the assets, goods, and services of marine ecosystems. In a similar vein, the Blue Economy is a concept applied to the coastal and marine economic development activities that reflect sustainability. The concept employs colour metaphors where “blue” is the equivalent of terrestrial “green” (sustainable) and “brown” is considered unsustainable. The Blue Economy includes (but is not limited to) activities like renewable energy, eco-tourism, climate-change mitigations, certified sustainable fisheries, ocean afforestation, and carbon sequestration. The Blue Economy definition is now always based on a low-carbon / climate resilience foundation.

Despite widespread international adoption of the Blue Economy concept for investment, policy, resource management and conservation, no single definition exists and much of the literature remains somewhat abstract by comparison with the widespread understanding of the green economy. The World Bank defines the Blue Economy as “the sustainable use of ocean resources for economic growth, improved livelihoods and jobs, and ocean ecosystem health”. The concept will continue to evolve as countries and regions create new strategies for sustainable ocean development that meets various economic, social, and environmental outcomes, all with the changing climate as a core component of the future – or something like this.

While the ocean economy has grown, many of the ecosystems underpinning this sector have undergone significant changes (largely a result of anthropogenic forces), and in some cases towards ecological collapse. Traditional perceptions of an infinite ocean resource, combined with a race to the bottom mentality when it came to marine resource extraction has led humanity into a crisis where numerous fisheries have collapsed, important ecosystem services (e.g. carbon storage) are now heavily impacted and externalities have been poorly understood or managed. In this sense, the Blue Economy faces many of the same challenges as the Green Economy, in which competition for resources is fierce both within and between nations and sectors, often leading to unsustainable practices. The ocean as a global commons exacerbates the challenges facing the blue economy with use and access rights unable to be defined as easily as on land.

Our scientific understanding of ecosystem services and baseline productivity levels of natural resources like fisheries plays an important role in how we inform policy and decision-making processes. In order to communicate the science effectively, tools have been developed that convey both qualitative and quantitative data, recognising that the ocean’s resources are not always measured in the same way.

One tool used to guide and prioritise blue economic development and investment is marine spatial planning (MSP). MSP can be defined broadly as a stakeholder-integrated process of analysing and allocating ocean activities over space and time to achieve economic, environmental, cultural and social objectives. Although spatial planning processes are not new, applying this approach in the marine environment with a view to growing the blue Economy is a relatively recent development. Complexities surrounding rights, ownership, and what is permissible in the commons means that partitioning marine spaces/resources fairly can be exceptionally complex, and even more so with the Treaty context in New Zealand enshrining rights and interests for iwi within the marine environment. However, despite some distinct challenges facing those who undertake MSP, there are several successful examples of this that we will address in a future article.

Due to the challenges outlined above, carefully considered management of ocean economies requires vertically integrated collaboration between a wide range of stakeholders including communities through to investors, industry, philanthropic organisations, scientific institutes and government.

In the last few years there has been a movement away from traditional private investment models that purely focus on profitability, and towards blended finance approaches that may accept lower returns if certain social, environmental or cultural outcomes are achieved. As the blue economy concept matures and moves beyond conceptual frameworks, we will see increasing collaboration and investment between the public and private sectors in sustainable projects that can deliver a wider range of outcomes.

Building on the success of the 2017 UN Ocean Conference, the 2018 Sustainable Blue Economy Conference held in Kenya was the first dedicated global conference on the blue economy, bringing together over 18,000 people representing academia, governments, multi-lateral lenders, tribes, NGOs, industry, and strategists to discuss how countries and organisations could translate the blue economy from a concept into reality.

Translating the Blue Economy concept into reality will require active participation and decisions by a wide range of private and public agencies and scientific institutions, linked by common objectives and active sharing of information. Ensuring the availability of information and the alignment of perspectives will help to facilitate measurement of the ocean economy, modelling its future potential, and subsequently the ability to set clear and realistic targets for investment. Coordinated planning and implementation processes by government will also go a long way toward improving how progress is tracked, and ultimately strengthen the investment case.

Despite being in relative infancy, the Blue Economy movement is poised to transform how we generate value from the marine environment, yet do so in a way that does not negatively impact upon the natural functioning of ecosystems. As concern around climate change grows, the Blue Economy may be one of the best and most effective ways that nations and sectors can mitigate adverse impacts while continuing to stimulate economic growth.

This article is the first in a series of four by Fraser that will explore the sustainable blue economy. Stay tuned for article two, which will discuss the value proposition of the blue economy for local communities within a wider context including New Zealand’s new Well-Being framework.