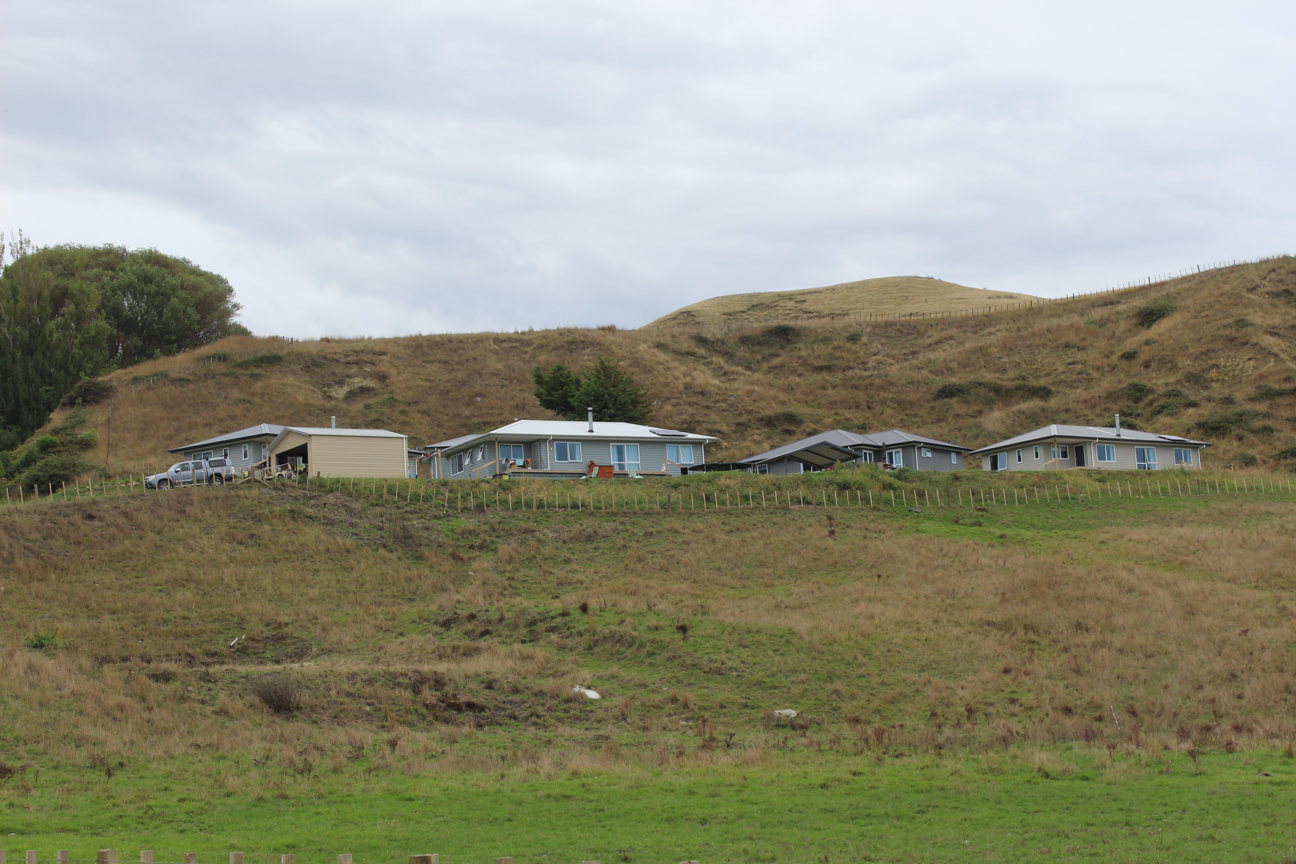 The following provocation by Jade Kake forms one part of Financing the Future, our dynamic content project exploring the market opportunities for impact investment in Aotearoa New Zealand. The project is produced by Pure Advantage and promoted in association with the Impact Investing National Advisory Board Aotearoa New Zealand and the Responsible Investment Association of Australasia. Access the full project here.

Historically, the barriers to developing housing on Māori land have been multi-layered and complex. Māori land constitutes approximately 5.5% of the New Zealand land base, or around 1.5 million hectares (Ministry of Agriculture and Forestry, 2011), yet the majority is unoccupied and underdeveloped by Māori landowners, who have been historically alienated through a variety of legal mechanisms, and have consistently demonstrated a strong desire to reoccupy their whenua and utilise it for housing and sustainable productive uses.

The barriers to developing Māori land (as defined under Te Ture Whenua Māori Act 1993) for housing are well documented, and include a wide range of issues relating to governance and management, land tenure and occupation, legal access, infrastructure, local Councils (including district plan provisions, rating and valuation, development contributions and resource consent fees), and landowner capacity and capability (to engage in development). Many gains have been made in recent decades, and development of Māori land for housing is perhaps as tenable as it’s been since 1840. Access to finance, however, remains a persistent barrier. The inability for the land to be sold, and the fact that it is held in common, has presented significant barriers to financing development on Māori land through conventional means.

The Te Puni Kōkiri Māori Housing Network provides funding for capacity and capability, infrastructure (as a majority of Māori land is located in rural areas, without access to infrastructure), and some capital grant funding, but they are extremely constrained as to the number of projects that can be funded in any given year. According to informal estimates (modelled using the Māori Housing Network’s internal project viability assessment tool), a 50-90% government subsidy is generally required to make developments on whenua Māori financially viable. The ability to finance the co-contribution may be influenced by several factors, including title of land (General land, unlike Māori freehold land, can be used as security), ability to leverage other assets (such as through capitalised leases or use of other assets as security), and credit worthiness and cash reserves of the whānau and/or trustees.

By investing effectively at a community or kāinga (village) level, as Māori land trusts or incorporations build their organisational capacity, asset base and revenue (through rents and commercial activities) over time, it is envisioned that less government subsidy will be required for new subsequent builds, eventually reaching the point where the development of that community is self-funded and self-managed (exercising true hapū or whānau rangatiratanga). However, given the limited government funding available for Māori housing projects, it is unlikely that such approaches will achieve scale without access to alternative financing.

Kāinga Whenua is the first and only loan scheme to offer finance from a mainstream bank to owners of Māori land, and introducing Kāinga Whenua loans in 2009 was seen by Māori landowners as an important step in addressing the financial barriers to building housing on Māori land. Uptake, however, has been extremely low, and the Kāinga Whenua programme has yet to meet the expectations of owners of Māori land or of the agencies involved (Office of the Auditor General, 2011). The low uptake suggests that a fundamental rethink is required in terms of how we finance development and home ownership on Māori land. Additionally, although theoretically available to all lending institutions, Kāinga Whenua is currently only offered by Kiwibank. Securitisation requirements also require homes to be able to be physically removed in the event of a default, possibly due to the risk averse nature of Housing New Zealand Corporation’s underwriting.

Some possible solutions – transferrable to the reform of Kāinga Whenua – may be found through closer examination of the Section 184 mortgage guarantee program in the United States. The Section 184 program was designed to overcome the barriers associated with lending on tribal trust land (which cannot be alienated or encumbered) by providing a 100 percent guarantee to lenders. A 2017 study (Listokin, Temkin, Pindus, & Stanek, 2017) found that Section 184 loans have very low default rates, in part because of the stringent home ownership and financial literacy education required to obtain loan approval. The study also found that the loan product is working better off reservation than on, with loans off-reservation constituting approximately 90% of Section 184 loans, due in part to the administrative barriers associated with establishing the leases and title records. The issue of securitisation also appears to have been resolved, with the land secured through a 30-year leasehold interest with 30 years rights of renewal. Interestingly, some tribal authorities with sufficient capital are beginning to take on the role of lending institution, utilising the 100% government guarantee to loan to tribal members and re-invest profit made from interest payments back into the community through the provision of social and affordable housing. For Aotearoa New Zealand, the role of iwi as lending institution may be of interest to some of our post-settlement entities.

Due to previous Māori land legislation, which sought to individualise land title and remove it from hapū ownership, and a Treaty of Waitangi settlement context that prioritises iwi and ‘large natural groupings’ (rather than hapū), there is a structural disconnect between the iwi rūnanga, which generally does not own land, and the hapū or whānau landowners. Some of the major post-settlement entities, including Waikato-Tainui and Ngāi Tahu, have recognised housing as significant issue for tribal members, and have developed housing strategies and programmes to respond to this. However, due to the sale of land in the South Island (with promises of reserves to be set aside for Ngāi Tahu that were not honoured) and raupatu (land confiscations) in the Waikato, there is a limited amount of collectively-owned land governed under Te Ture Whenua Māori Act 1993 in these areas, and therefore limited opportunities to pilot new development models delivered in partnership between owners of whenua Māori and iwi rūnanga.

The redress achieved through Treaty of Waitangi settlements is generally made up of cash, some land, and future provisions for the first right to purchase Crown land, and is typically 1-2% of what was lost. Because, the pūtea returned is minimal, there is a need to manage it responsibly so that it can be grown for the benefit of all tribal members into the future. This needs to be balanced with the needs of the present, at a time when tribal members continue to experience the negative social impacts of colonisation, consistent with the persistent overrepresentation of Māori across virtually all deficit statistics nationwide.

Increasingly, iwi are seeking to invest in funds and businesses that are consistent with their core values. The cash quantum returned as commercial redress, which is managed by the iwi PSGE, is intended to be invested and grown, and could be a potential source of investment. Given the need for newly settled iwi to rapidly rebuild their tribal economic base, impact investment (with its lower rate of return) may be a more attractive investment option for more established PSGEs. This could open up opportunities for cross-rohe investment, which would be beneficial given that iwi around the motu are at various stages of the treaty redress process, and the uneven distribution of Māori land across the country. Government co-investment (which could form part of a Treaty redress package) could be one mechanism to attract and retain iwi investment. This investment could form part of overarching iwi housing strategies, and compliment social programmes (such as home ownership and financial literacy) delivered through the social arm of the PSGE, which in the North American example was considered a critical success factor for the delivery of the Section 184 programme.

An equity investment fund for Māori housing could be a good way to fund increased development and meet the co-contribution requirements set by Te Puni Kōkiri, and to accept investment from interested iwi PSGEs. This could be a ring-fenced portion of a general fund or could be separate programme (potentially underwritten by Te Tumu Paeroa). Structured appropriately, it could also be an attractive commercial investment option for iwi and other investors. Over $100M has already been pledged to the Te Pūia Tāpapa Fund, a newly formed iwi/Māori direct investment fund backed by NZ Super and Te Tumu Paeroa. Although not specifically tagged for housing, commentators have questioned whether the fund might be specifically targeted to improve infrastructure and housing (Potaka, 2017).

If investors and fund managers are willing to re-imagine housing and infrastructure as a core part of land-based Māori economic development, the direct investment fund could become an important vehicle for realising the housing and economic aspirations of Māori landowners. This would serve to plug the ‘investment gap,’ and work effectively alongside direct government investment and government-underwritten mortgage finance.

Jade Kake is an architectural designer, writer, and housing advocate. Of Māori and Dutch descent, her tribal affiliations are Ngāpuhi (Ngāti Hau me Te Parawhau), Te Whakatōhea and Te Arawa.

Jade has experience working directly with Māori land trusts and tribal entities to progress culturally-based sustainable development, and in working with mana whenua groups to express their cultural values and narratives through the design of their physical environments.

Jade is fortunate to live within her home area of Whangarei, where she is leading several projects to support the re-establishment and development of papakāinga communities. 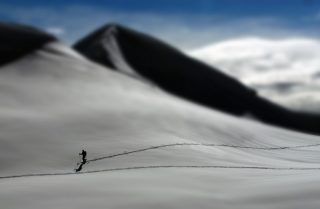 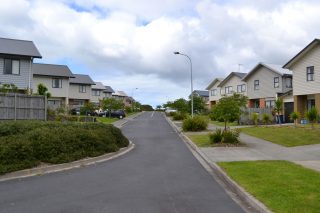 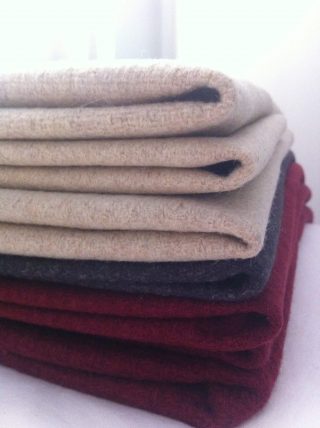