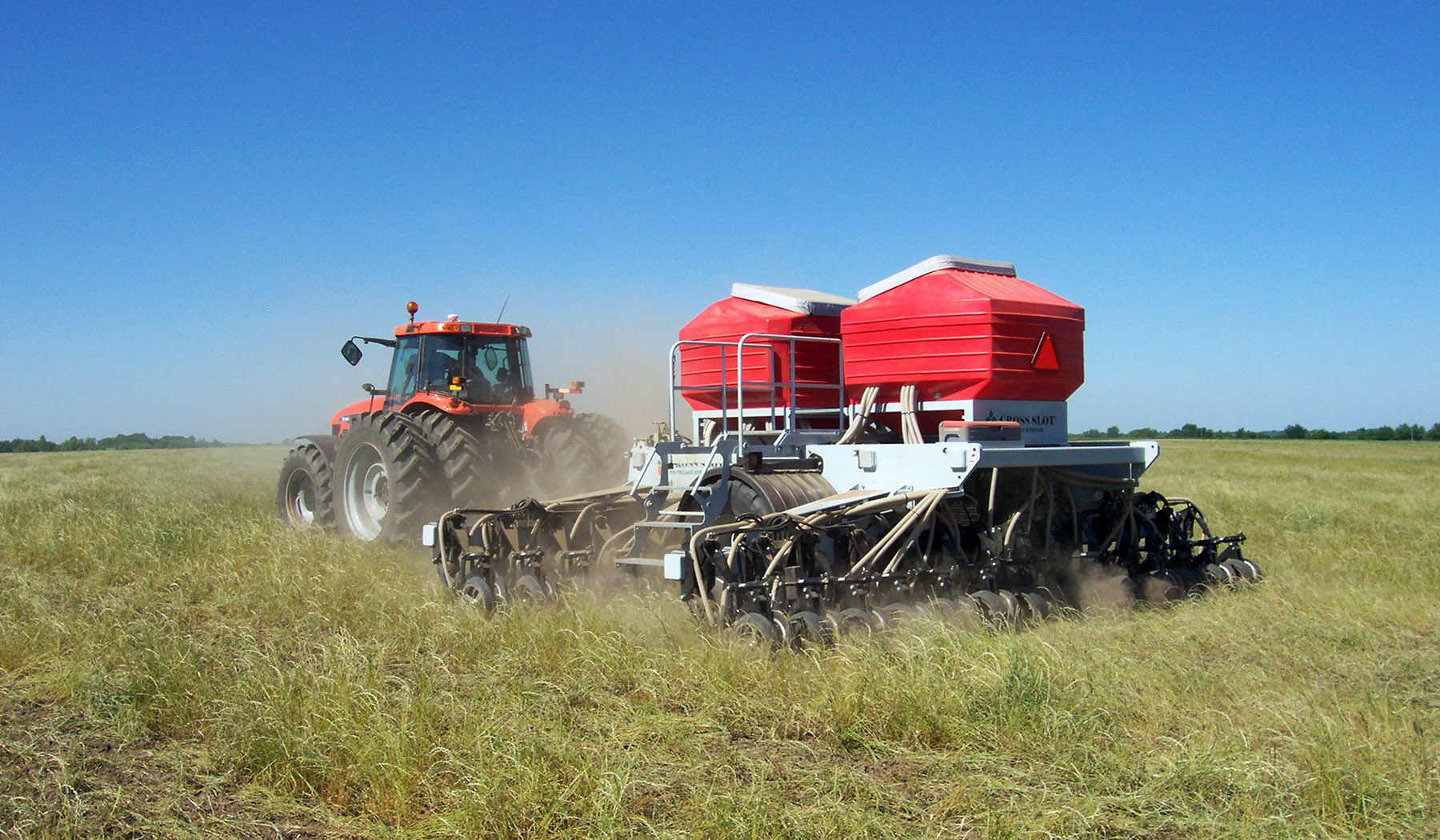 We are often asked, what is it about low-disturbance no-tillage that benefits New Zealand? The answer is that not only do we realise our soil is being plundered but we lead the world with technologies that will reverse that.

Then we are asked where is the proof of that and how can that be possible? The answer to why we are best is because the FAO (the Food and Agriculture Organisation of the United Nations) commissioned us to write a book summarising all we’d discovered and knew about the technique since no-one else in the world had as much information as we had. And the American Senate asked us to enlighten them in a special hearing of a special committee as far back as 1989. The FAO book was published in 2006.

And the answer to why we did it is because New Zealand does not desperately need it?

Confused? By now most people are, so here are a few supplementary questions and answers that might help.

Q. Is low disturbance no-tillage essential for the survival of mankind?

A. In a nut shell and, in our opinion, yes! 90% of mankind’s food is edible crops. The 4% of the earth’s surface that is able to grow edible crops is only just keeping up with food demand now. And there is virtually no more new land left. But the number of mouths it will need to feed by 2050 is widely expected to increase by 50%.

A food short-fall of huge proportions looms. If you think that climate change is bad for the world, wait until there’s a food shortage. As they say “You ain’t seen nothing yet!”

The only way to avoid people going hungry will be to grow more crops on each hectare of land that the world already has. And there seems to be only two ways of doing this:

(a) Breed better plants that produce more yield per plant, and/or

(b) Produce more yield per hectare by increasing the productivity of soils.

Low-disturbance no-tillage does nothing to help (a) above. That is the province of genetics and (dare I say it?) perhaps genetic engineering.

Q. Why is a food crisis looming?

A. Because the world’s farmers have been fighting nature for hundreds (or even thousands) of years by cultivating soils rather than working with nature and letting uncultivated soils do the work for them.

Low-disturbance no-tillage reverses the destructive processes of soil cultivation. The beneficial microbes, in turn, reward farmers by helping the roots of sown food crops extract additional nutrients and water from the soil, thereby increasing crop yields to levels not possible under cultivation.

Further, the microbes and soil biology in undisturbed soils ensure that soil health does not deteriorate cumulatively with each successive food crop, making food production using low-disturbance no-tillage, truly sustainable on a long-term basis for the first time in history.

Q. How does New Zealand compare with the rest of the world in these respects?

A. New Zealand does not desperately need no-tillage. This does not mean that our soils are so good that they are immune to the destructive forces of cultivation. They are not. It means that because we are a country that grows mostly long-term pastures for its agricultural production, we do not cultivate our soils as often as those countries that grow annual arable crops, which otherwise characterises most of the world’s food-producing countries.

Fortunately, we are one of the most self-sufficient food countries in the world. So we will likely be one of the last to go hungry when the rest of the world is starving. But there are opportunities for New Zealand to help feed that starving world.

While New Zealand already exports food, the main limitation to increasing exports is simply the number of productive hectares we have available and the steepness of some of the land that we do have.

And we are a very minor contributor to the supply of arable crops.

Arable crops provide about 90% of the world’s food. And cereals alone provide a little under 70%. But New Zealand’s total area of annual cereal production is about 0.02% of the world’s 770 million hectares of cereal land.

Being a small country is both a liability and an asset.

It is a liability because the amount of food we can produce is miniscule compared the rest of the world. So we have no arable price-setting clout.

But it’s also an asset because our agriculture has become so intensive (including arable cropping) that we have invented some of the best food-growing tools in the world and there is no limitation to how many of these we can produce and export.

The challenge will be making sure that the technology does not move off shore before we benefit from having invented it. By that I mean being swallowed up and silenced by international cartels because our machinery poses a threat to their traditional and destructive cultivation equipment.

Q. How serious is the international soil problem?

A. Almost all of the world’s 1.4 billion hectares of arable land has seriously depleted soil organic matter (SOM) levels as a result of repetitive ploughing and cultivation. Crop yields are declining or at best have levelled off in major crop-producing countries that are still dominated by various forms of cultivation or tillage, including “minimum tillage”. And no amount of fertilizer can fully compensate. Soil structure and water holding capacity in these low-SOM soils have similarly declined while compaction and soil erosion continue to create problems.

In New Zealand, most sheep and beef farms are maintaining SOM at healthy levels. But under intensive dairying SOM levels are reported to be falling, albeit more slowly than in arable countries.

Cultivated arable soils in New Zealand are just as susceptible to declining SOM levels as overseas, but periodic retirement of such soils to pasture has saved the day for many farmers. However, as the demand for more and more arable crop food creeps across New Zealand too, the pasture retirement option will disappear. Arable farmers will then have to face the need to preserve soil health during the growth of their crops as other arable countries are doing already. In other words we will not be able to live in our own little “fool’s paradise” when growing arable crops, for ever.

Fortunately, leading New Zealand arable farmers recognised this looming reality 20 years ago and have already made the necessary adjustments to their cropping systems and equipment with spectacularly successful results. They have become New Zealand’s shop window for importers studying and investing in “the New Zealand way”, just as what happened with electric fencing and the “rotational grazing” of animals that it facilitated.

Q. Why is the New Zealand way the “best”?

A. Because 30 years of intensive peer-reviewed university bio-engineering research went into the design of the equipment before any steel was welded together. No-one was hounding us for answers or machines in the shortest possible timeframe because few people in New Zealand recognised at that time that there was anything wrong with ploughing and burning crop residues. Thankfully, those that did (mostly leading farmers, agronomists, soil scientists and environmentalists) supported the programme at Massey University and helped the scientists ignore the multitude of doubters, some of whom still linger.

The end result is that over a 30-year period, the university team discovered scientific facts about how seeds and plants respond best to uncultivated soils that few other people in the world had previously recognised. And over the next 20 years this led to unique designs of equipment that perform functions no other seed drill in the world has ever performed.

Getting such machines to market was not plain sailing either. But several bitter disputes and court proceedings later and with a certain amount of “blood on the floor”, the originating scientists eventually ended up in control of the technology they had created and it has since been exported to 20 countries, having already earned New Zealand some $30 million in exports orders.

But this is only the tip of the iceberg in an available market estimated at about $80 billion.

Q. Why don’t people know more about us?

A. The media, skilled in telling conflict and grievance stories, isn’t comfortable around commercial success.  They treat us as another manufacturer flogging off our latest product without realising our research is unique, ground breaking (to coin a phrase) and could feed the world. That’s news! For example, when a recent Baker No-Tillage release was pitched to a well-known farming magazine, it was immediately referred to their advertising reps.

If Henry Ford and Thomas Edison, who addressed a problem and found an answer, lived in New Zealand they would probably have to resort to paid commercials to tell their story or move overseas where success is embraced.

Our challenge will resonate with many readers. The future of low-disturbance no-tillage lies with visionaries in our society who’ve been confronted with similar problems but have triumphed over indifference and adversity.