New glue: A New Zealand solution to a sticky problem

Bio-based adhesives have been around for a long time. The threat of sending old horses (and people) to the glue factory reflects the centuries-old practice of boiling down animal carcasses to extract collagen, or glue. The oldest known wooden artefacts held together by animal glues are thought to be around 8000 years old.

The messy, and icky, process of rendering dead animals into a protein soup became less popular as advances in chemistry and polymer technologies led to the development of a wide range of synthetic resins and adhesives from the 1930s onwards. Adhesive systems with urea- or phenol-formaldehyde formulations have become standard in wood products like plywood, particleboard and medium density fibreboard (MDF).

Engineered wood products made with formaldehyde-containing adhesives are very functional. However, they can give off formaldehyde and other volatile organic compounds. When formaldehyde concentrations in the air exceed the normal indoor background concentration of around 0.03 ppm, they can cause health problems ranging from irritated eyes and noses to increasing the risk of cancer.

Regulatory bodies and consumers have become more aware of the dangers of formaldehyde and emission levels have been set around the world with the levels that are thought to acceptable decreasing over the years. The most stringent to date (2016) is the Japanese emission rate (F****) of 0.04 ppm, which is approaching the background level for formaldehyde.

Even as tightening regulations are compelling the development of fomaldehyde-free products, a push to increase sustainability is driving the rise of bio-based adhesives. The volumes are currently small, but growing rapidly. The majority of bioadhesives on the market are plant based (starch, soy and corn; 87.0% of the total bioadhesive market volume in 2014). However, as most generally require a petrochemical component in resin synthesis, or to form the final wood products, they are not 100% bio-based.

Instead of trying to adapt existing, conventional formulations and methods to remove formaldehyde and other petrochemical-derived cross-linking agents, the researchers went back to basics. They considered the inherent molecular chemistries of their feedstocks, and how these could be used to achieve the desired macroscale behaviours of the adhesive at the adhesive/wood interface.

Lignin was identified early as a potential key component. It is a rich potential source of aromatic polycarbons, and it is plentiful. Around one quarter of dry radiata pine consists of lignin, and it is readily obtainable in the form of the liquors left over from pulping processes. Lignin may be even more available in the future, in the form of residues left after saccharification for bio-fuel production.

“Taking specific coupling chemistries into account, we developed a completely new way to formulate bioadhesives,” says Warren. “At the same time, we also developed a new manufacturing method suitable for existing commercial-scale adhesive setups. This means that adhesive manufacturers can manufacture the bioadhesives without the need to make changes in their plants.

“We also designed our bioadhesives to have solid contents and viscosities similar to interior grade adhesives already in use. Wood panel manufacturers can easily swap out their current adhesives with ours.”

The seven year development process culminated in successful industrial trials at plywood and laminated veneer lumber factories in late 2015. These trials demonstrated the technology was scalable and practical to run in commercial New Zealand mills to make wood products for interior applications. With the first trials behind them, and the samples to demonstrate the advantage of the bioadhesives. Warren and others are now talking with manufacturers and designers to get their take on the benefits of using the 100% bio-based adhesives and the direction of future developments.

The bioadhesives are also more environmentally friendly than their formaldehyde-containing counterparts. A cradle-to-grave analysis by the Scion team, which considered direct and indirect inputs and final disposal, found that even at only 10% adhesive content, MDF made in New Zealand with a bioadhesive had a 22% lower environmental impact over its lifecycle, compared with MDF made with petrochemical adhesive. The difference was largely due to the bioadhesive using less crude oil and having fewer transport emissions associated with its production, and being associated with fewer human health impacts. 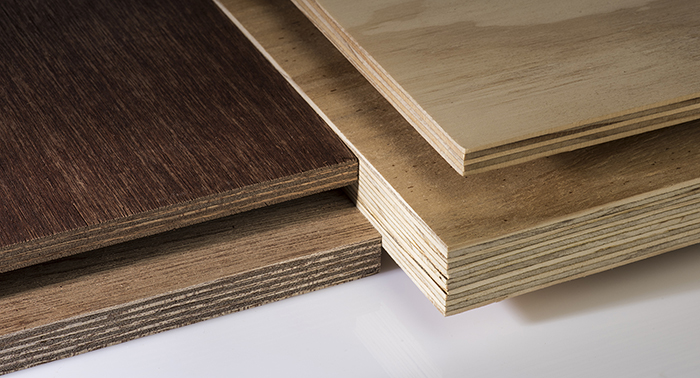 The painstaking development process has given the team at Scion a fundamental understanding of how the components they are working with react and interact with each other. This knowledge allows them to mix and match ingredients from forestry and agricultural sources to produce bioadhesives with properties tailored for a range of applications.

The use of bioadhesives in packaging and paper products is one of the applications the team has in their sights. Packaging and paper is the biggest segment of the bioadhesive market accounting for around 34% of demand. The advantages of using bioadhesives in packaging include sustainability, life cycle benefits and improved recycling options compared with petrochemical alternatives. As a comparison, adhesives for interior grade plywood and laminated veneer lumber products make up about 15% of the current bioadhesive market.

The global demand for bioadhesives will only increase as regulations regarding the emissions of volatile organic compounds and other hazardous compounds become more stringent and consumer insistence on eco-friendly and bio-based products rises. Bioadhesives from 100% renewable resources are a perfect fit with the trend of increasing use of wood in construction and indoor living environments, supporting the development of a broader bio-based economy and ensuring a healthier, sustainable future for all.