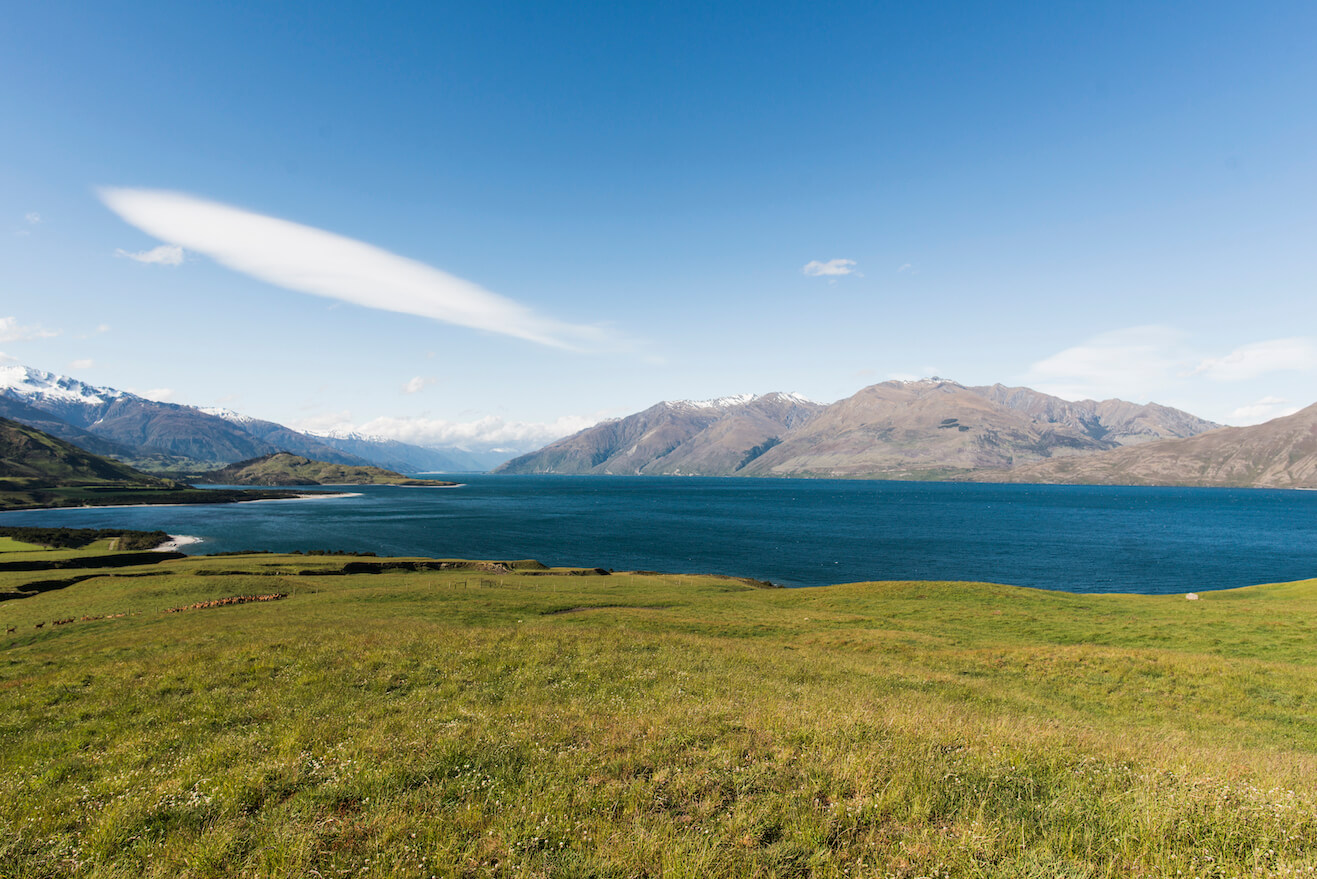 Can we Leverage our Enthusiasm and Drive Solutions to Scale?

The following is our submission on the Productivity Commissions draft report on transitioning to a low-emissions economy – ed.

Pure Advantage was founded on the belief that through the adoption of transformative economic strategies based on green growth, the people and businesses of New Zealand will realize a healthier, wealthier future that is more sustainable in every sense.

This submission offers our perspective on the opportunities for New Zealand in transitioning our economy, a view that is often overshadowed by the scale or perceived cost of the challenge but it’s the former view we now must emphasise.

A low emissions economy is possible

With a steady stream of reports and research from domestic and international sources we have a foundation of knowledge illustrating that a low emission pathway is possible.

Pure Advantage was a member of the Joint Project Committee, involved in the 2017 release of Globe New Zealand’s‘ Net Zero New Zealand’ (nzNZ) that identified four domestic emission reduction scenarios through to 2050 which could position New Zealand to achieve emissions neutrality later in the century.

Like the Low Emissions Economy report, nzNZ showed that achieving nzNZ is possible but we must commit to action now or we will remain off-track to meet our goals. What’s more, Westpac’s 2018 report in partnership with Vivid Economics and Ernst and Young found that by taking action now to respond to climate change, we could be $30 billion better off as a nation.  In other words research suggests that not only are there advantages in shifting our economy, but in shifting sooner rather than later.

There will always be an ongoing need for research and monitoring to inform our progress along the route to a net zero economy, and the Productivity Commission’s report adds to this information base. However, as is pointed out in the report, ‘it would be foolhardy to try to pin down the best route’ to net zero by 2050.  There is only so much forecasting that can be done on the broad pathways to net zero and with a clear goal in sight we can afford some degree of testing and trialling solutions to work towards our goal. We now must get on with the task, supporting Government to set the right balance of policy certainty and capability for adaptation, but crucially also taking bold action now to tangibly reduce emissions.

The challenges inherent in economic transformation need to be embraced if the opportunities of a low-emissions economy are to be realized. We support the Productivity Commission’s view that  the ‘emergence of new technologies and firms in the low-carbon sector will provide opportunities for employment, exports and productivity gains’ and suggest we need to also promote the message that a just transition to a clean economy will include job growth in renewable energy sectors and ensure that the livelihood of the communities at stake will be upheld.

Globally, transitioning to low-carbon economy is acknowledged for its potential to drive job creation and address social inequality alongside building ecological resilience.  The International Labour Organisation’s 2018 Flagship Report estimates 24 million new jobs will be created by 2030 – more than offsetting losses in traditional industries. Other, recent research has found that the benefits of meeting our targets will far exceed the costs at a global scale; by limiting warming to 1.5℃ instead of 2℃ could  lead to an increase in global GDP of 1.5-2 percent by mid-century and avoid $11-16 trillion of damages.  While internationally there is growing momentum around the opportunities in a renewable economy, in New Zealand, emphasis has largely been on the costs to transition. We’re interested to hear more from the Productivity Commission about the forecast for clean economic growth and job creation through the transition.

Through the transition, we can also harness the positive impacts of actions to reduce emissions to create and communicate benefits that go beyond environmental and economic prosperity. As the draft report points out, there are opportunities to improve national wellbeing and this speaks to the heart of our culture that trades and prides itself on it’s clean green brand.

We should encourage further consideration of how action on climate change offers a range of benefits beyond abatement potential.  Our own project work ‘Our Forest Future’ for example, a discussion paper that helped develop the initial concept work for the Trees That Count movement identified a range of personal, material and economic benefits that can be created by planting native trees including improvements to soil and water quality, longer term sequestration of carbon, enhancement of personal wellbeing as well as a range of commercial activities like tourism.  Similarly we suggest that the benefits of cities acting on climate change offer a range of benefits that are underplayed in the draft report. Achieving low-emission smart cities can create better health and wellbeing through increased walkability, shared transport options  and healthier, green buildings as well as improving productivity by creating connected spaces – making it more efficient to accommodate people, goods and services. 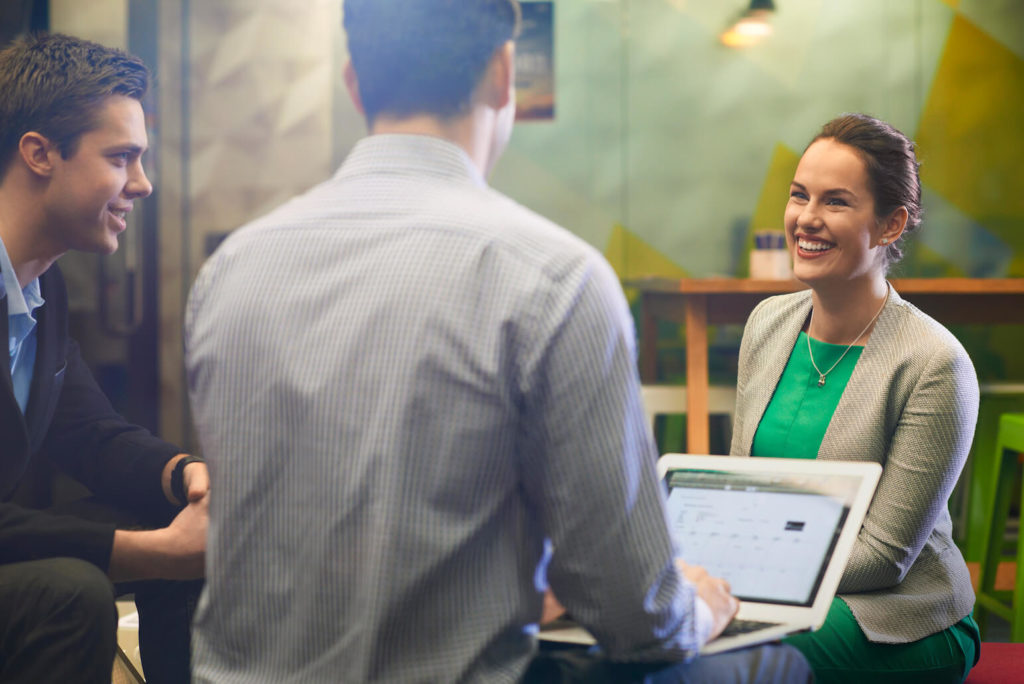 Supporting innovation will be key to taking advantage of our opportunities

We support the report’s finding that New Zealand should establish the transition to a low-emissions economy as a high priority within its national innovation system and Government, as an enabler, must ensure the efforts are joined up to achieve and sustain the necessary shifts.

We acknowledge the Productivity Commission’s view that there will be areas where New Zealand will be a ‘technology taker’ but also see a role for New Zealand to demonstrate leadership in areas that matter to us most in pursuing low emissions solutions as part of a broader green growth strategy.  We support the view that where relevant to New Zealand’s emissions profile and research strengths, we should invest more in finding solutions to mitigate climate change.

In particular, Pure Advantage has for most of the last decade promoted the view that if we focus on our natural advantages we will improve our competitive positioning in the global shift to a low carbon future. Targeted solutions across key advantage areas include; AgTech, BioDiversity, BioProducts, Housing, Renewable Energy, Smart City Smart Grid and Waste to Value.  It is through investing in innovation in areas that affect us most, that we will gain disproportionately by finding solutions.

Agriculture contributes to about half of our emissions and some mix of land-use change alongside finding low-emissions farming solutions such as increasing soil carbon through regenerative agriculture and silvo pasture will be required for us to meet our obligations under the Paris agreement and further goals of achieving net zero by 2050. It is also an opportunity for us to leverage our reputation as quality and science based producers of food. Drawing on our existing AgTech expertise, we are also well positioned to help extend our current production system to meet the growing demand for plant-based diets and synthetic proteins.  The World Bank estimates there are more than 2 billion people not getting the necessary vitamins and minerals for growth and healthy development, and another 2 billion people struggling with being overweight or obese. Prioritising nutrition and health in our future global food system is essential, and must be delivered in a more sustainable way.  This is an opportunity for New Zealand to lead.

Investing for impact can support a low-emissions future

Global financial markets are already shifting towards a low-emission economy. This shift reflects unease with current investments in high carbon industries and assets which are increasingly seen as financial liabilities. According to the FTSE Russell stock indices the sustainable economy is growing, compared to the shrinking fossil fuel market. The global green economy now represents a total market share similar to that of the fossil fuel sector making up 6% of global markets and worth approximately $54 trillion with a projection to 10% if green investment accelerates to $90 trillion.

Following this trend, we see our commitment to the Paris agreement to ‘make finance flows consistent with a pathway towards low greenhouse gas emissions and climate-resilient development’, as necessary, but also as an opportunity to think about how financial investment can support a broader range of sustainable development outcomes.

We support the recommendation that Government develop a low-emissions investment strategy with the private sector and other parties and suggest that this strategy should embed ‘impact investment’ in to a definition of what constitutes low-emissions investment. The premise of impact investment is to generate socio-cultural and environmental benefits alongside financial returns. In promoting this approach, we seek to uphold the ethical imperatives of impact investment while also dispelling any lingering misconceptions around wealth creation and environmental protection being contradictory goals.

The Government’s proposed Green Investment Fund is a step in the right direction. We look forward to Government’s response to your recommendation to set out how the fund will work alongside infrastructure provision or low-emissions technology financing and are interested in what types of business the fund will invest in and at what stage of development.

An opportunity to lead

We support the report’s recommendation for suitable and sustained institutions and consistent policy to steer us towards net zero by 2050. But suggest that designing this framework shouldn’t come at the expense of taking action now to reduce emissions.

While every country has distinct drivers, several have already risen to the challenge of climate change; Sweden has been rated one of the most innovative countries when it comes to environment-related technology according to the OECD and has recently strengthened its policy framework with a goal of becoming a net zero greenhouse gas emitter by 2045.  In Australia, the Victorian Government passed an ambitious Climate Change Act earlier this year setting a goal of net zero by 2050 but also commiting to reduce the state’s greenhouse gas emissions by 15-20% below 2005 levels by 2020, catalyzing action across tiers of government, business and individuals to contribute to this target.  In California, on the back of solid and sustained policy and setting increasingly ambitious goals (reducing greenhouse gases to 40% below 1990 levels by 2030), emissions have been reducing while the economy has grown.

Even with the Government’s ambition around climate change and suggested policy changes in train, we have some catch up to do. Based on the Climate Change Performance Indicator in 2017 New Zealand was ranked 46 for its ability to meet its obligations under the Paris Agreement.

We know that there is a strong support base to be acting on climate change. The Pure Advantage Climate Survey from 2017 found that two thirds of the 1000 participants believed we should be a world leader in solving climate change, and an equivalent number of millennials in particular, want to see us accelerating our efforts towards a zero carbon future.

The challenge now is how to leverage this enthusiasm, how to implement solutions driven at scale and deliver broader benefits.  Acknowledging there is a challenge is one thing, but showing leadership by central and local government joining up with commitment by business, community and citizens to act on climate change is another and it is here where we should prioritize  our collective efforts.